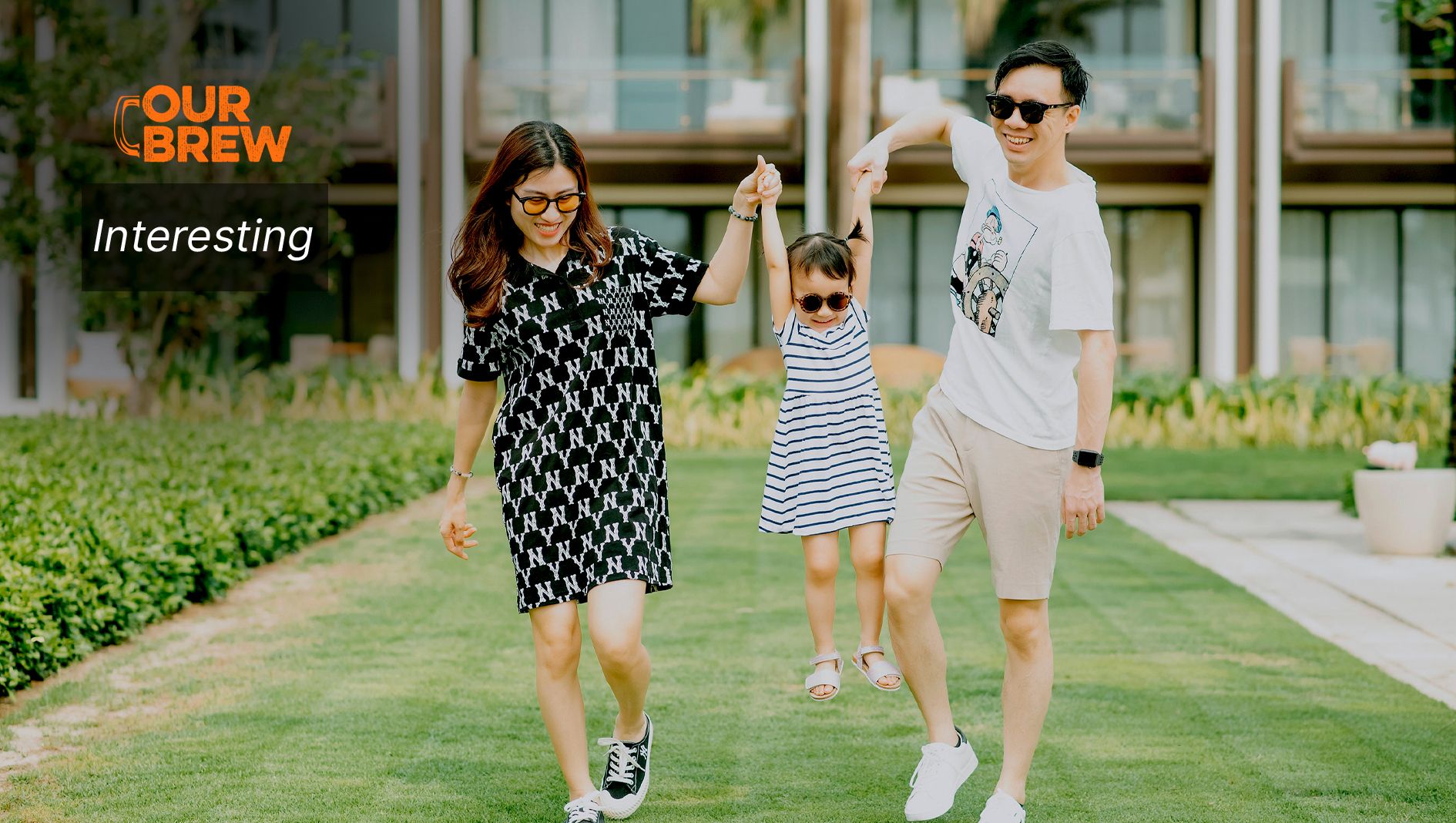 A comprehensive review of studies from Great Britain shows: Shorter working hours—in the form of a 4-day week—bring relief for the people and the climate. Because not only are we less burdened, so is the environment. In the UK, switching to a four-day week with full wage compensation would save as much CO₂ as taking all private cars off the roads.

Climate awareness in society has probably never been as high as it is now. At least when it comes to the urgency of counteracting climate collapse. According to a survey by the Austrian Climate Ministry, 8 out of 10 are convinced that we have to change our daily behavior in order to stop the climate crisis. The open question that remains is: how? Because small reforms are not enough. We know that here and in other countries.

A review of international studies now shows that a real turnaround in climate policy could be achieved in an area that many people do not even suspect—our working hours. Specifically, if we shorten them. This would achieve several goals at once: it would make the distribution of time more equitable, employees would stay healthy longer, and CO₂-intensive private car use would decline rapidly.

UK environmental scientist:in Laurie Mompelat, together with economist:in Mika Minio-Paluello, has broken down that if the entire UK switched to a 4-day week, the country’s CO₂ footprint could be reduced by 127 million tons per year. That’s a reduction of more than a fifth (21.3 percent overall)—so it’s a very big deal. It would thus have the same effect as taking all private cars (roughly 27 million cars) off the road.

The 4-day week as a tool for more climate protection could make up for much that has been missed or simply not achieved so far. Between 1990 and 2016, the UK managed to reduce emissions within its borders by 41 percent, but emissions resulting from the consumption of goods and services fell by only 15 percent. The latter CO₂ emissions are released abroad—through the production of clothing, electronics or processed food, for example—but are attributed to the British footprint. And consumption issues in particular would have to be addressed individually—which is considered difficult and slow.

Reducing overall working hours, however, could play a central role in decarbonizing the country. One day less work per week also means one day less commuting, less energy consumption in many businesses—including offices—and less CO₂-intensive activities in private households due to the increase in time prosperity. So people also simply have more time for activities and activities that are slower and more time-intensive, but more environmentally friendly. Sociologist Juliet Schor summarizes the relationship succinctly: “Longer working hours mean more emissions. Fewer hours mean fewer emissions. This relationship is called the scale effect, concerning the size of the economy. So: more work means a bigger economy, means more production. And more production is associated with more emissions.” Schor is studying the 4-day-Work-Week in several countries.

Even away from the workplace, a decrease in emissions is evident when we have more free time. German technology researcher Philipp Frey explains:

“IN FACT, AT LEAST IN EUROPE AND NORTH AMERICA, USING SATELLITE MEASUREMENTS, A POSITIVE CORRELATION CAN BE OBSERVED BETWEEN WORK DAYS, WHERE MORE IS EMITTED, AND WEEKEND DAYS, WHICH TEND TO BE DAYS OFF, WHERE LESS IS EMITTED. EMISSIONS ON A WORK DAY ARE ALMOST TWICE AS HIGH AS ON THE WEEKEND.”

When it comes to the climate, we can’t just talk about doing without, but about how we reorganize work

When we have more free time—and therefore less stress—we are more likely to decide to do things on foot, by public transport or by bike. We go shopping instead of shopping online, we cook ourselves instead of resorting to frozen and convenience foods. The positive consequences for our climate cannot be overstated, according to Philipp Frey of the Karlsruhe Institute of Technology Research:

“ON THE ONE HAND, REDUCTIONS IN WORKING HOURS CAN MAKE A CONTRIBUTION TO COMBATING THE CLIMATE CATASTROPHE, AND AT THE SAME TIME THEY ARE ATTRACTIVE FOR EMPLOYEES. ON THE OTHER HAND, THEY ARE ATTRACTIVE FOR EMPLOYEES. THIS GIVES US THE OPPORTUNITY TO GET OUT OF A DISCOURSE ABOUT DOING WITHOUT—AND INTO A DEBATE ABOUT HOW WE CAN INCREASE OUR PROSPERITY IN TERMS OF TIME. AND FROM THIS PERSPECTIVE, IT’S ALSO A GOOD SIGN THAT THE LATEST REPORT OF THE INTERGOVERNMENTAL PANEL ON CLIMATE CHANGE EXPLICITLY MENTIONS WORKING TIME REDUCTION AS A POSSIBLE CLIMATE PROTECTION MEASURE.”

Studies show that a reduction in weekly working hours is generally accompanied by a significant reduction in energy consumption. This is because you save electricity that would otherwise be consumed at the workplace. This is because many devices that are typical in offices, for example, are then in use less. Lighting, heating, elevators, computers, canteens. Energy consumption also drops in the manufacturing sector.

In a large-scale experiment conducted between 2008 and 2009 in the U.S. state of Utah, 17,000 public employees were switched to a four-day week. There, it was shown that enormous energy savings were possible as a result of a work-free Friday. 6,000 tons a year could be saved in Utah by a 4-day week, an interim report on the experiment noted. 12,000 tons if commuting savings are added.

In 2020, Autonomy published a report that concluded: a 3-day weekend could reduce CO₂ emissions by 117,000 tons in the UK—per week.

A shorter working week also means less CO₂ caused by cars due to less commuting. In a study by the University of Reading, 2,000 employees and entrepreneurs were surveyed on commuting behavior. Two out of three companies that offered a 4-day week said their employees now drove less. If you extrapolate this to the population, the potential for savings is huge: after all, one in two employed people in the UK currently either drive themselves to work or are passengers. In rural areas, three out of four employees travel to work by car.

A number of studies have examined the impact of working hours on individual household consumption and energy-intensive behavior. One U.S. study combined calculations of the CO₂ impact of goods with data from consumer spending and concluded that households with longer working hours have a significantly larger CO₂ footprint.

In the University of Reading study, two out of three respondents said they would spend the extra day off with family and friends. One in two would cook more at home, and one in four would volunteer in the local area. As a rule, these are activities that are not only fulfilling, but also climate-friendly and good for social coexistence.

Effect 4: Our leisure activities slow down

More free time creates space for more CO₂-poor activities: reading, playing, sports, time with the family. Watching a movie for a change, more walking, more continuing education—in short, deceleration, and self-actualization. Research into the impact of the reduction in working hours in France has demonstrated clear trends toward more domestic and lower-carbon activities. The introduction of the 35-hour work week in France has greatly changed the daily routines of employees.

Contrary to what many feared, people did not use their time off to consume more. Instead, they took care of themselves and lived more relaxed lives.

With a three-day weekend—and more free time—we can spend more time outdoors, complete trips on foot, and be less stressed. Long work hours are associated with stress and an increased risk of burn-out, musculoskeletal complaints and mental illness. Treating all of this, costs money—and consumes resources: medications have long delivery routes, healthcare facilities need energy, and patients and family members as well as staff have to travel distances.

In summary, it is clear that we should think about and shape climate protection and our working hours in a networked way. Productivity has always increased in recent decades. And in the areas where no classic leaps in productivity are possible—health care, nursing, elementary education, education—employees already rarely work full time because the workload of these jobs is high. The path toward shorter working hours would therefore be clear. All that’s missing is the political will.

Published in Scoop. You can read the article here.