The Vaccine Czar Sees a ‘Better’ Christmas this Year. Vaccines Hold the Key, But… 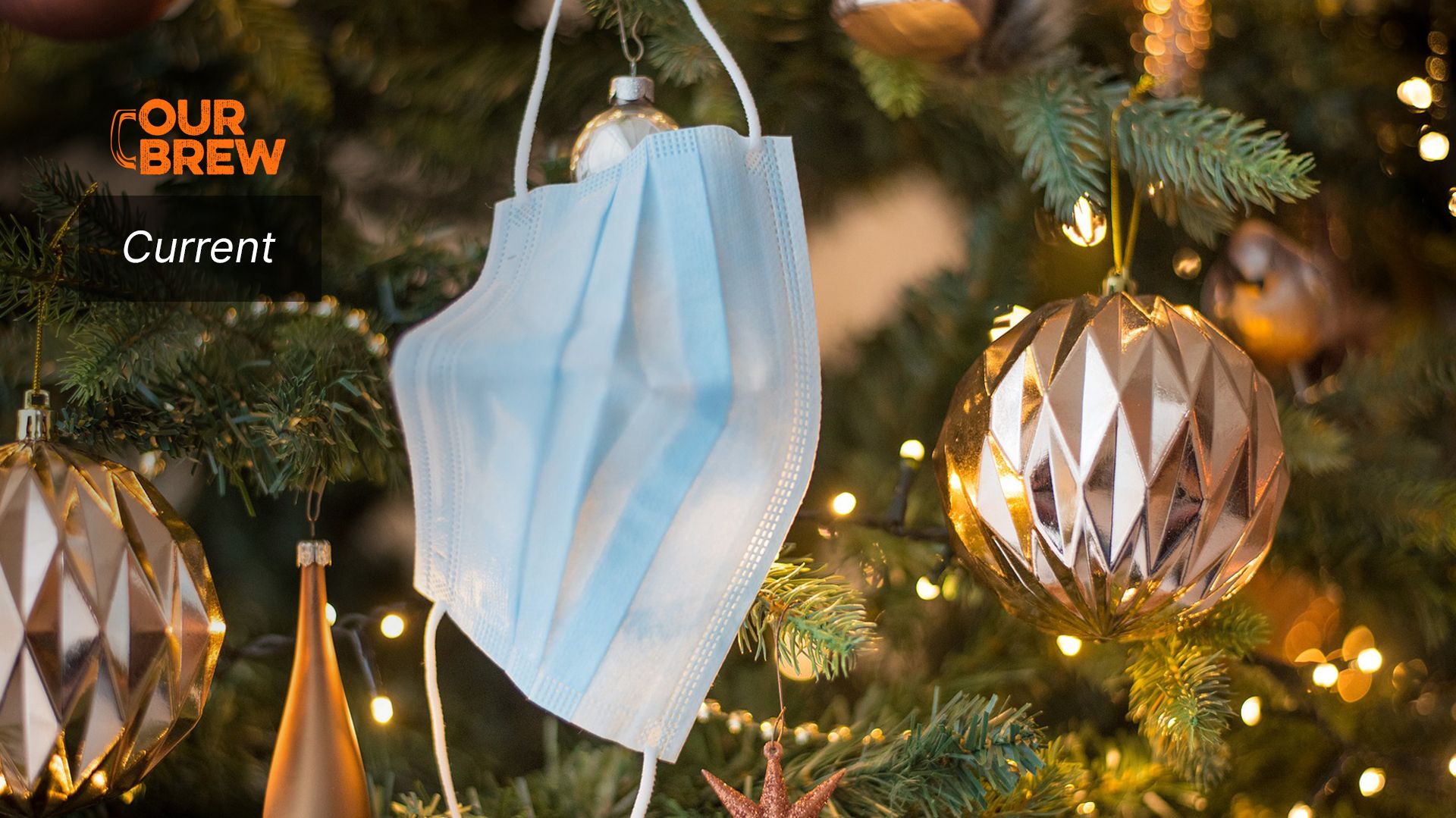 The country’s vaccine czar, former general Carlito Galvez Jr., is optimistic that Filipinos can look forward to a “better Christmas” this year.

Government, he said in an interview over CNN Philippines’ “The Source,” is confident it can meet its target of  vaccinating 70 million people by the end of the year. Galvez said government plans to ramp up its weekly target from one million jabs in April to two million this month.

But the entry of a more contagious variant could slow down government’s roll out. Then there are still unresolved issues concerning government’s over-all management of the pandemic.

Despite confirmation from the Department of Health (DOH) that the COVID-19 variant currently leaving a trail of death, sorrow, and suffering in India has reached our shores, the government announced it was loosening restrictions in Metro Manila and four adjacent provinces comprising the “NCR Plus Bubble” from May 15 to 31.

The new category might as well be described as “Guarded GCQ.”

Despite confirmation from the Department of Health (DOH) that the COVID-19 variant currently leaving a trail of death, sorrow, and suffering in India has reached our shores, the government announced it was loosening restrictions in Metro Manila and four adjacent provinces comprising the “NCR Plus Bubble” from May 15 to 31.

The new category might as well be described as “Guarded GCQ.”

Mindful of the deadly aftermath of the holiday season-GCQ last year - where looser restrictions led to an unprecedented surge in new infections and deaths that prompted the reimposition of a hard lockdown in NCR Plus - the guidelines only allow limited operations for restaurants, outdoor tourist venues, and personal care services. Other businesses will remain closed under the new category.

The move is seen as restoring from 200,000 to 300,000 jobs in the “bubble,” Trade Secretary Ramon Lopez said. Earlier, the Secretary estimated the number of jobs lost during the two-week Enhanced Community Quarantine (ECQ) at 1.5 million.

NCR Plus had been under ECQ from March 29 until April 11. Authorities downgraded the category to MECQ on April 12. It was supposed to end on April 30 but was extended until May 14.

Metro Manila, Cavite, Laguna, Bulacan, and Rizal are considered the country’s economic centers. Socio-Economic Planning Secretary Karl Kendrick Chua has been one of the most vocal advocates of further loosening restrictions, and he again emphasized the need for NCR Plus to be de-regulated by the end of this month.

He said the country can still meet its growth target if it opens the economy "as safely as we can and not be totally risk-averse.”  Implementing the vaccination program “as fast as possible” would also speed up economic recovery.

Gross Domestic Product (GDP) for the first quarter of the year contracted by 4.2 percent, way below the 3.2 per cent projection and worse than the 0.7 per cent contraction recorded for the same period last year.

The figure represents the fifth straight quarter of economic decline, and was recorded before government imposed a hard lockdown in March.

As the economy slowly reopens, health officials and experts are wary of the so-called Indian variant, traced to two Overseas Filipinos Workers (OFWs) who arrived from the Middle East. Both had no history of travel to India, validating the World Health Organization’s declaration that the highly-transmittable variant is now of global concern.

According to Health Undersecretary Rosario Vergerie, these two cases have already recovered and considered asymptomatic.

Government had imposed a temporary ban on travelers from India, Pakistan, Sri Lanka, Nepal and Bangladesh, and is now mulling a ban on arrivals from the Middle East.

The presence of the variant has dashed government’s expectations of an early easing of restrictions on business activities. But the guarded loosening is not without its skeptics.

For health expert Dr. Tony Leachon, the country will most likely experience surges in infections unless major gaps in government’s pandemic response are addressed.

“As long as mass testings is less than 50,000 to 75,000 a day and rapid vaccination program (is) not done particularly with threat of Indian variant with still uncontrolled transmission, we can expect surges to continue regardless of quarantine classification,” he said on social media.

Leachon had earlier batted for another two week extension of MECQ.

The highly-contagious variant, labelled B.1.617, has, according to some media accounts, “quickly hitchhiked across the globe and spread worldwide.”

Minimum health precautions, such as wearing a mask and social distancing, proper hygiene and disinfection, and avoiding crowded places remain effective means of protection against the variant. And so are vaccines.

Thus far, initial research shows that the current crop of vaccines are effective against the “Indian variant” and other variants.

As one virologist said, “Getting as many people vaccinated as possible, as quickly as possible, is the key to controlling this pandemic.”

Vaccines Hold the Key to Recovery

The sentiment is shared by the country’s business leaders who have been pushing government to allow them to buy vaccines and inoculate their workers.

In a media forum last month, Presidential Adviser for Entrepreneurship Joey Concepcion underlined the role of vaccines in “keeping the economy open and running.”

“The only way we can only balance much better lives and livelihood is through the vaccine,” he said.

“So, moving forward, I believe that we still have the chance in really bringing back the economic momentum in full swing, and I believe the fourth quarter is the quarter we can really push.”

But for the vaccines to have a “substantial effect” by the end of the year, government would need to vaccinate six million Metro Manila residents, or half of the region's 12 million population.

Fr. Nicanor Austriaco, a research fellow for the independent OCTA Research Group, said if government is able to meet this target with an effective vaccination strategy, “we hopefully will begin to see this (effect) probably in the third or fourth quarter of this year.”

With the government’s vaccination program bugged by a host of issues - including shortages, delays in deliveries, expiring doses, and high vaccine hesitancy - that target may seem impossible.

So far, government said it has administered 2,065,235 vaccines as of May 4.This is far from ideal, according to observers. Government’s target is to vaccinate 70 million Filipinos.

Data gathered by IBON Foundation showed that the current rate of vaccination is “too slow to stop COVID-19 spread.”

And from not having enough vaccines, the government now has to deal with distributing and administering vaccines about to expire.

Moreno said on May 12 that out of the 2.5 million Sinovac doses that had arrived, Manila has so far received only 8,400 doses. He added that his city has yet to receive its share of vaccines from two million doses from Astrazeneca.

Last month, government officials said the delivery of Sinovac vaccines to the local governments had been delayed by paperwork.

Then there is the very serious problem of vaccine hesitancy.

A survey conducted by Pulse Asia from February 22 to March 3 showed that 61 per cent do not want to have themselves vaccinated against COVID-19.

This represents a substantial increase from the 47 per cent recorded in Pulse Asia’s previous survey.

But this fear of vaccines is not irrational.

As Randy David observed in his column:

“The hesitancy appears to cut across regions and socioeconomic classes. It is not something one can easily dismiss or reverse. People are very much aware of the risks of catching the virus. Ninety-four percent of respondents, the same survey reports, are anxious that they or their families could get the disease. Yet, the majority don’t see the vaccines as the solution. Even if offered free, they will refuse inoculation out of fear of adverse effects.”

“The top reason cited by 84 per cent of those who resist vaccination is the safety factor. This is followed by the uncertainty they feel about these vaccines’ effectiveness in stopping the spread of the virus.”

“Consider the safety issue. I think that, by now, many people know that these vaccines are all new and are indeed experimental. They have also heard of potential adverse effects like blood-clotting, which, even if rare, only confirms their generalized anxiety over the unforeseen effects of anything being injected into the body. As our kasambahay put it: “Minadali kasi, kaya hindi pa alam kung ano’ng mga epekto nito sa katawan (Their development was rushed, so no one really knows their effects on the body).” -JS