A Water and Power Solution in One 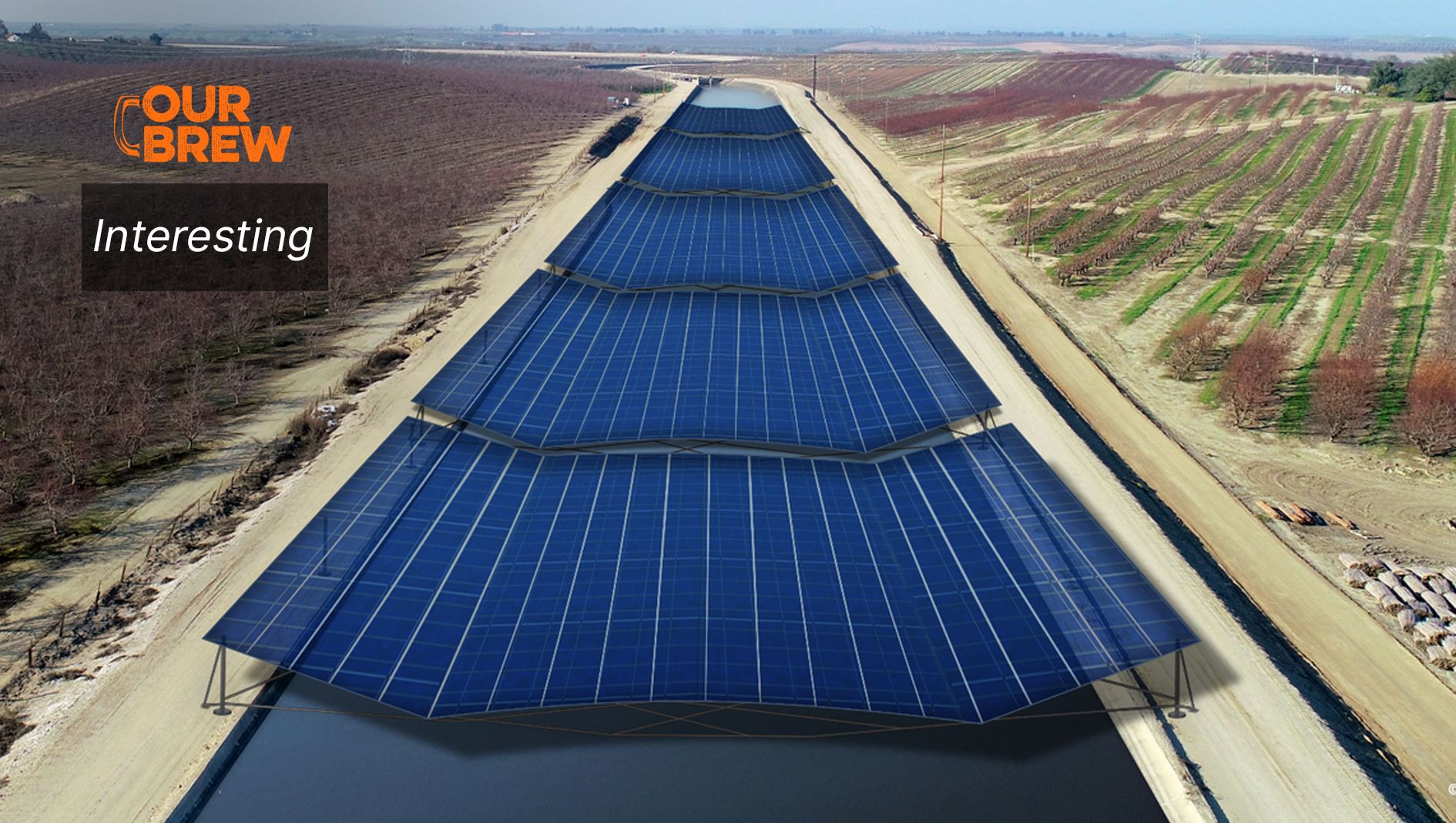 First solar canal project is a win for water, energy, air and climate in California


Mounting evidence suggests the western United States is now in its worst megadrought in at least 1,200 years. Groundwater supplies are being overpumped in many places, and the dryness, wildfires and shrinking water supplies are making climate change personal for millions of people.

As an engineer, I have been working with colleagues on a way to both protect water supplies and boost renewable energy to protect the climate.

We call it the solar-canal solution, and it’s about to be tested in California.

About 4,000 miles of canals transport water to some 35 million Californians and 5.7 million acres of farmland across the state. As we explained in a 2021 study, covering these canals with solar panels would reduce evaporation of precious water – one of California’s most critical resources – and help meet the state’s renewable energy goals, while also saving money.

The first prototypes in the U.S. for both wide-span and narrow-span canals are now in development in California’s Central Valley. Researchers at the University of California, Merced, are involved in the project, and we will be trying to determine how this can become a large-scale solution.

California is prone to drought, and water is a constant concern. Now, the changing climate is bringing hotter, drier weather.

Severe droughts over the past 10 to 30 years dried up wells, caused officials to implement water restrictions and fueled massive wildfires.

At the same time, California has ambitious conservation goals. The state has a mandate to reduce groundwater pumping while maintaining reliable supplies to farms, cities, wildlife and ecosystems. As part of a broad climate change initiative, in October 2020 Gov. Gavin Newsom directed the California Natural Resources Agency to spearhead efforts to conserve 30% of land and coastal waters by 2030.

Most of California’s rain and snow falls north of Sacramento during the winter, while 80% of its water use occurs in Southern California, mostly in summer. That’s why canals snake across the state – it’s the largest such system in the world. We estimate that about 1%-2% of the water they carry is lost to evaporation under the hot California sun.

In a 2021 study, we showed that covering all 4,000 miles of California’s canals with solar panels would save more than 65 billion gallons of water annually by reducing evaporation. That’s enough to irrigate 50,000 acres of farmland or meet the residential water needs of more than 2 million people. By concentrating solar installations on land that is already being used, instead of building them on undeveloped land, this approach would help California meet its sustainable management goals for both water and land resources.

Shading California’s canals with solar panels would generate substantial amounts of electricity. Our estimates show that it could provide some 13 gigawatts of renewable energy capacity, which is about half of the new sources the state needs to add to meet its clean electricity goals: 60% from carbon-free sources by 2030 and 100% renewable by 2045.

Installing solar panels over the canals makes both systems more efficient. The solar panels would reduce evaporation from the canals, especially during hot California summers. And because water heats up more slowly than land, the canal water flowing beneath the panels could cool them by 10 F, boosting production of electricity by up to 3%.

These canopies could also generate electricity locally in many parts of California, lowering both transmission losses and costs for consumers. Combining solar power with battery storage can help build microgrids in rural areas and underserved communities, making the power system more efficient and resilient. This would mitigate the risk of power losses due to extreme weather, human error and wildfires.

We estimate that the cost to span canals with solar panels will be higher than building ground-mounted systems. But when we added in some of the co-benefits, such as avoided land costs, water savings, aquatic weed mitigation and enhanced PV efficiency, we found that solar canals were a better investment and provided electricity that cost less over the life of the solar installations. And this is before factoring in the human health benefits of improved air quality and reduced greenhouse gas emissions.

Benefits to the land

To be clear, solar canals are about much more than just generating renewable energy and saving water. Building these long, thin solar arrays could prevent more than 80,000 acres of farmland or natural habitat from being converted for solar farms.

California grows food for an ever-increasing global population and produces more than 50% of the fruits, nuts and vegetables that U.S. consumers eat. However, up to 50% of new renewable energy capacity to meet decarbonization goals could be sited in agricultural areas, including large swaths of prime farmland.

They also can harm desert-scrub plant communities, including plants that are culturally important to Indigenous tribes. As an example, construction of the Genesis Solar Energy Center in the Sonoran and Mojave deserts in 2012-2014 destroyed trails and burial sites and damaged important cultural artifacts, spurring protracted legal conflict.

Clearing the air – and the weeds

Another benefit is curbing aquatic weeds that choke canals. In India, where developers have been building solar canals since 2014, shade from the panels limits growth of weeds that block drains and restrict water flow.

Fighting these weeds is expensive, and herbicides threaten human health and the environment. For large, 100-foot-wide canals in California, we estimate that shading canals would save about US$40,000 per mile. Statewide, savings could reach $69 million per year.

[Over 150,000 readers rely on The Conversation’s newsletters to understand the world. Sign up today.]

Turlock Irrigation District, in California’s San Joaquin Valley, will build the first solar canal prototype in partnership with project developer Solar Aquagrid, researchers and others and supported by the state Department of Water Resources.

The prototypes in this mile-long demonstration project, along with future pilots, will help operators, developers and regulators refine designs, assess co-benefits and evaluate how these systems perform. With more data, we can map out strategies for extending solar canals statewide, and potentially across the West.

This is an update of an article originally published on May 3, 2021.