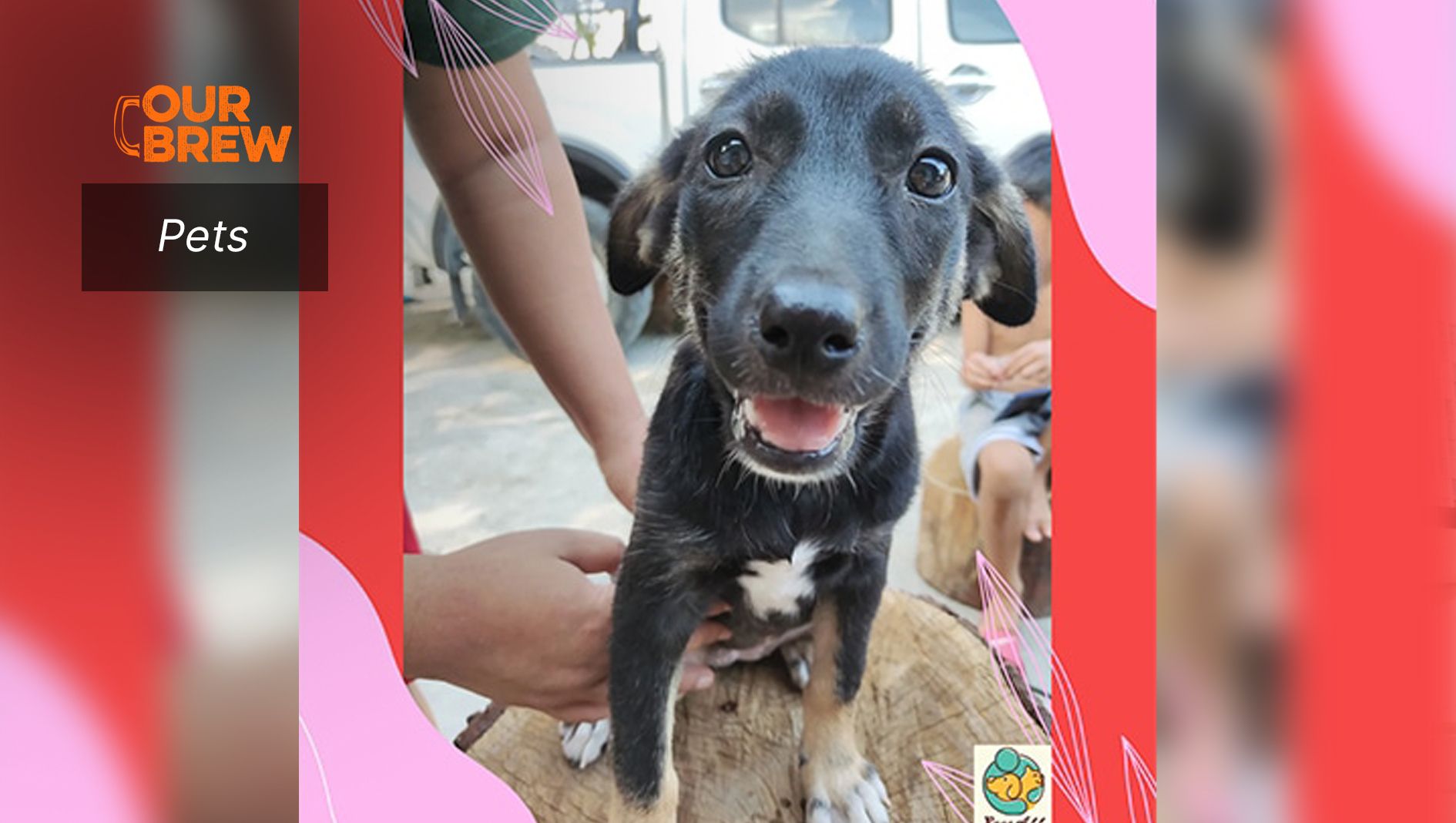 The black dog was so thin and so weak, they thought she would not last the night. They tried to go near her but she would growl, fearful of the humans around her. They were new in the place but they wanted to bring the dog to the vet, so they tried again to reach to her and put her on a leash. But she would growl and show her teeth whenever they tried to go near her. They gave her food and water instead as they could not risk being bitten. And then they prayed to all the saints they know that she would make it.

The next day, the black dog was up on her four paws, but she was still wobbly when she walked. They gave her more food and water.

After a week, Blacky was running all over the place, and befriending the workers who were building the boiler and other structures for the tofu factory.

After another week though, they saw a white dog with Blacky. She was also so thin so they gave her food and water.
The two dogs seem to be the best of friends and they did not have the heart to shoo the dogs away. They named the white dog Whitey of course.

From then on, the dogs became a fixture in the factory. Unfortunately, the workers did not know anything about spaying or neutering a dog so that they will not get pregnant.

Come October, 2021, they noticed Whitey’s belly seemed to have become more pronounced, and in December, she gave birth to six (6) pups.

At present, all pups have been dewormed and vaccinated with the 5-in-1 twice, and have been given an anti-rabies shot. Their mothers are vaccinated too. Whitey has been spayed, while Blacky is due to be fixed as soon as their vet comes back from a vacation.

Please contact Save ALL – Save Animals of Love and Light on Facebook to adopt a pup. Save ALL is helping the rescuers of the two mommas find forever loving homes for the pups.

There is an online screening and an officer will visit your place.

If your answer is YES to the following questions, please message Save ALL so an officer can discuss the adoption with you further before the home visit:

1. Can you provide food for the dog?

2. Can you have the dog treated by a vet if he or she gets sick?

3. Can you provide yearly vaccines, specially the anti-rabies shot which is required by law and for the protection of the dog and your own?

4. Can you coordinate with Save ALL for the spay or neuter of the dog at the age that he or she can be fixed? Save ALL will pay for the fixing; you will bring the pup to its partner vet.

5. Can you walk or exercise the dog regularly? Dogs are no longer allowed to roam outside an owner’s property without a leash and the owner. Your dog can be caught by pound catchers.

6. Will you treat the dog as a member of the family? Will he or she be allowed to roam freely inside your property?

7. Do you have a gate to secure the dog inside the property?

8. Are you renting a place? If yes, does your contract include a provision allowing you to have a dog or a cat?

9. Will you keep and love the dog for a lifetime?

The rescuers of the two mommas paid for the spaying, deworming and vaccination. They are waiving the adoption fee for these wonderful pups.