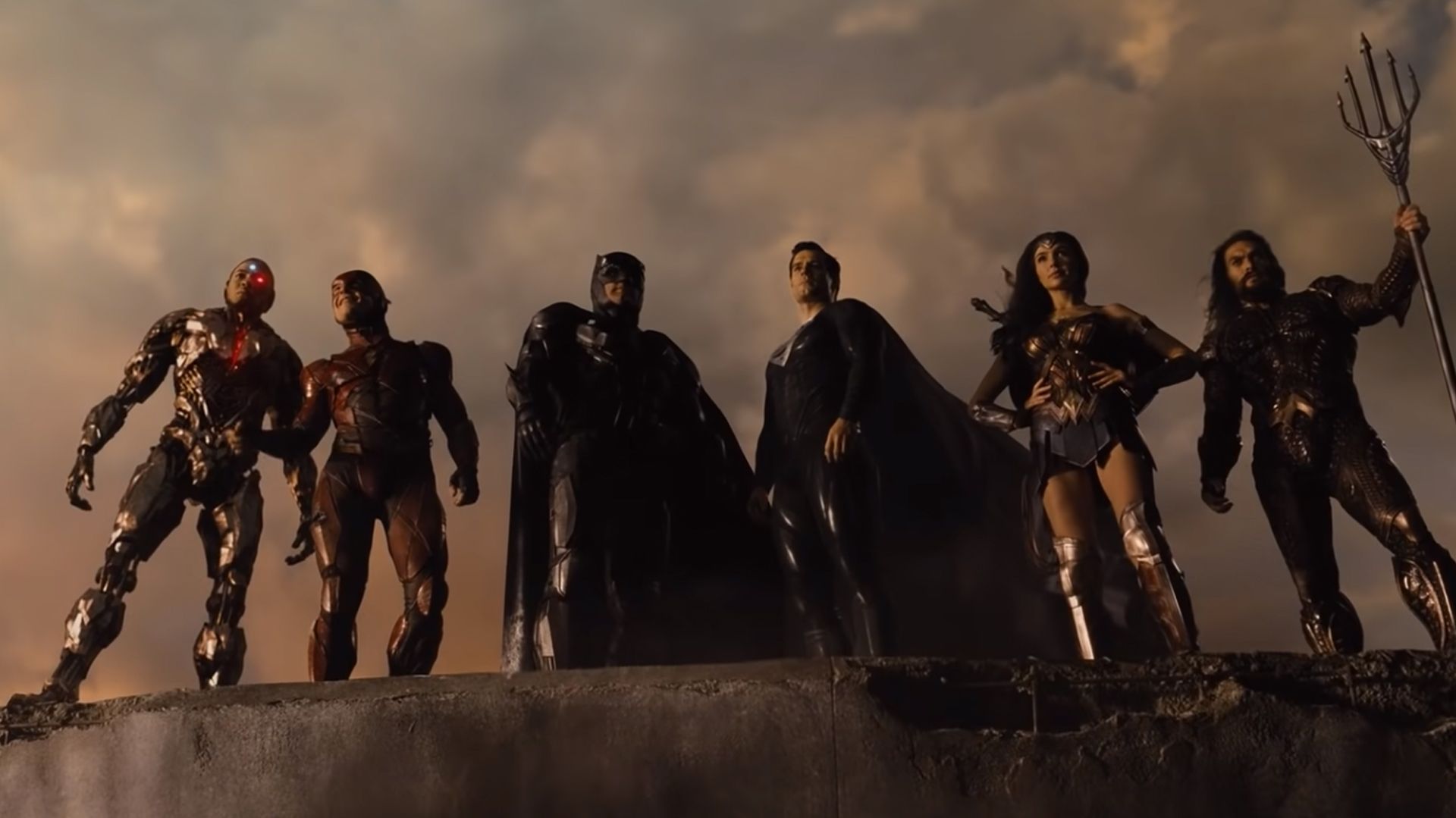 Zack Snyder’s Justice League is uncompromising in its statement, a four-hour movie that is epic in scale and ambition, visually grandiose, kinetic, edgy, and gothic (the resurrected Superman is clothed in black with a gray logo, for example).

The Snyder Cut teases new conflicts and new old villains. The world is introduced to Darkseid, the “ultimate villain of the DC Universe,” according to artist Jim Lee. In the movie, Darkseid tells his minions to prepare for an attack on Earth.

In the DC Universe, Darkseid is the fascist ruler of Apokolips who seeks to conquer worlds by using the Anti-Life Equation to break free will. Darkseid is described in the book DC Comics:Super-Villains as a literal god “gifted with invulnerability, longevity, super strength, telepathy, and telekinesis.”

The menacing power of his eye-blasting Omega beams is only slightly hinted in the movie, but it is enough to get fans excited and tweeting for more Snyder. (Before we go into a pointless debate on rip-offs, Darkseid was introduced by comics legend Jack Kirby in October 1970, while Marvel first introduced Thanos in 1973).

Despite its occasional narrative wanderings, there is a heart to the story. It is a tale of fall and redemption, the frailties of gods who walk the earth, the consequences of our deeds, the love between a parent and a child

The back stories also humanize minor characters like Cyborg, or nerd-jock Victor Stone. We learn about the death of his mother in a car crash, his near death and resurrection in the hands of a father he resents. The additional scenes, a mini-movie (or a streaming episode) in itself, gives Cyborg a humanity behind his armor.

Zack Snyder’s Justice League is not a perfect movie, but it can be considered DC Film’s best movie so far and Snyder’s second best, after 300.

Despite its occasional narrative wanderings, there is a heart to the story. The characters - heroes and villains, headliners or minor ones - rise above tragedies. It is a tale of fall and redemption, the frailties of gods who walk the earth, the consequences of our deeds, the love between a parent and a child. If you consider the personal tragedy that forced Snyder to walk away from the movie, some scenes could be heart-tugging.

The Snyder Cut is the triumph of the fanboys and fangirls. Frustrated and feeling shortchanged by the Josh Whedon cut, they mounted a hashtag drive to pressure Warner to #ReleaseTheSnyderCut. The corporate giants yielded, and gave Snyder $70 million to re-cut, re-edit, re-shoot, and even shoot additional scenes.

A cryptic dream sequence in the middle and a disturbing ending teases the plot, says Snyder in a Vanity Fair interview, to several movies he had planned to make after Justice League.

He told Vanity Fair: “When I made the film originally, it was part of a five-part trilogy.” The Snyder Cut sits in the middle of Man of Steel and Batman v Superman.

In the lengthy interview, Snyder drops an unintended bombshell, or several ones: the deaths of Batman and Lois Lane, a vengeful Superman, and a post-apocalyptic Earth under the thumb of Darkseid who may have possessed the Man of Steel.

These teasers are fuelling another campaign on twitter to #RestoreTheSnyderVerse.

But the Chief Executive Officer of WarnerMedia, Ann Sarnoff, is discounting a reboot for Snyder.

In a Daily Beast report, she was quoted as telling Variety: “I appreciate that they love Zack’s work and we are very thankful for his many contributions to DC... With that comes the completion of his trilogy. We’re very happy we’ve done this, but we’re very excited about the plans we have for all the multi-dimensional DC characters that are being developed right now.”