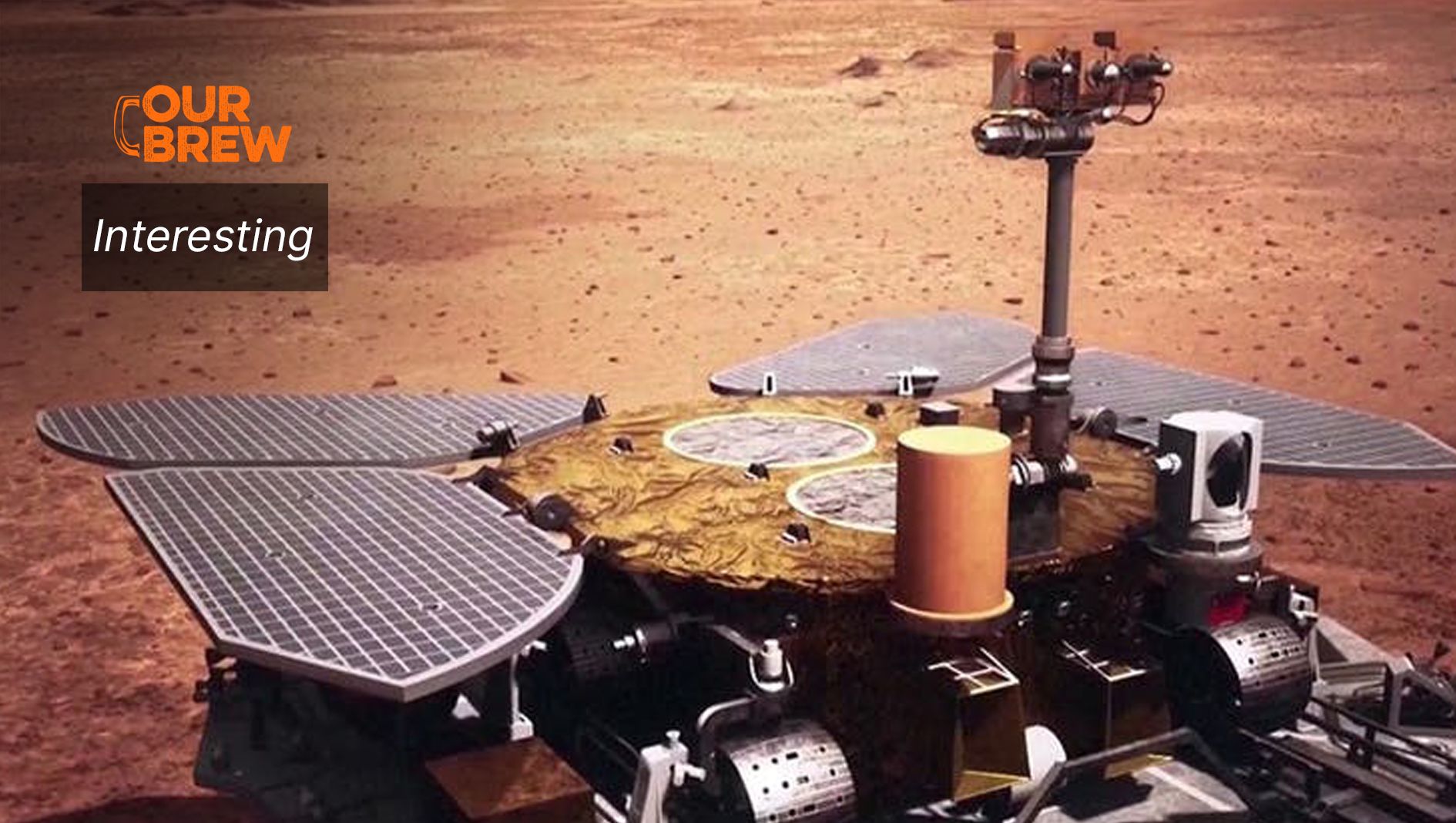 China’s Zhurong rover landed safely on Mars on May 15, making China only the third country to successfully land a rover on the red planet.

More impressively still, China is the first Mars-going nation to carry out an orbiting, landing and rovering operation as its first mission.

Planetary scientist Roberto Orosei told Nature China is “doing in a single go what NASA took decades to do”, while astrophysicist Jonathon McDowell described China’s decision to include a rover in its maiden Mars outing as a “very gutsy move”.

Where did it land?

Zhurong, named after the god of fire in Chinese mythology, separated from the Tianwen-1 orbiter and touched down close to the site of previous NASA missions, on a vast plain called Utopia Planitia.

This area of Mars was formed billions of years ago, when a martian meteorite smashed into the planet’s surface. The surrounding area is largely featureless, covered mostly in volcanic material.

Zhurong is not the first rover to explore this region. In 1976, NASA’s Viking 2 lander touched down further north within the Utopia Planitia basin, returning high-resolution images of the martian surface and analysing soil samples.

The Viking 2 lander lacked the ability to investigate any further than its initial landing site. But the Zhurong rover should be well equipped to roam farther afield during its mission.

What will it do?

The mission’s three-month scientific program will begin once the Zhurong rover disembarks from the landing craft and begins its journey across the martian surface. The 240-kilogram, six-wheeled rover is equipped with six individual scientific instruments, and has four large solar panels, giving it the appearance of a “blue butterfly”.

Zhurong’s design, instruments and technology on board Zhurong are comparable to those on board NASA’s twin rovers Spirit and Opportunity, which touched down in January 2004. Although Zhurong is not at the cutting edge of current space exploration technology, the sheer speed of this program’s development since its initiation in 2006 is awe-inspiring.

Like the many Mars rovers before it, Zhurong will probe this alien planet’s environment, and search for signs of water ice on the surface.

The mission is expected to survey four aspects of its local environmnet:

Zhurong will thus help build a more complete geological picture of the red planet’s history. And, in a genuine first for Martian exploration, it is equipped with a magnetometer to measure the planet’s magnetic field. This is an important study that will help address why Mars has lost much of its atmosphere, leaving its landscape so barren.

The Tianwen-1 mission is just one of an impressive list of accomplishments by the China National Space Administration in the past year. Its other feats include launching dozens of Long March rockets, each with multiple payloads, including that of the Chang'e 5 lunar probe, which brought Moon rocks back to Earth for the first time since the end of NASA’s Apollo program in the 1970s.

Last month, China launched the first stage of its Tiangong space station, which next year is set to become the world’s second long-term home for humans in space. The momentous launch didn’t go off without a hitch, however, as debris from the launch vehicle made an uncontrolled re-entry back to Earth, eventually splashing down in the Indian Ocean.

Thankfully no one was hurt in that incident, but it is a timely reminder that China’s accelerating pace of space missions and rocket launches need to be carefully managed.

This year of activity has solidified China’s powerful presence in space, and we are only seeing the beginning of its ambitious future. By 2045, China hopes to become a leading space power, as outlined in the 2018 Aerospace Science and Technology Corporations route map.

In the coming years we can look forward to seeing China launch crewed missions to the Tiangong space station, and in the coming decades can expect to see China join other space-faring nations in missions back to the Moon and Mars.