Can Someone Point this Old Guy to the Revolution? 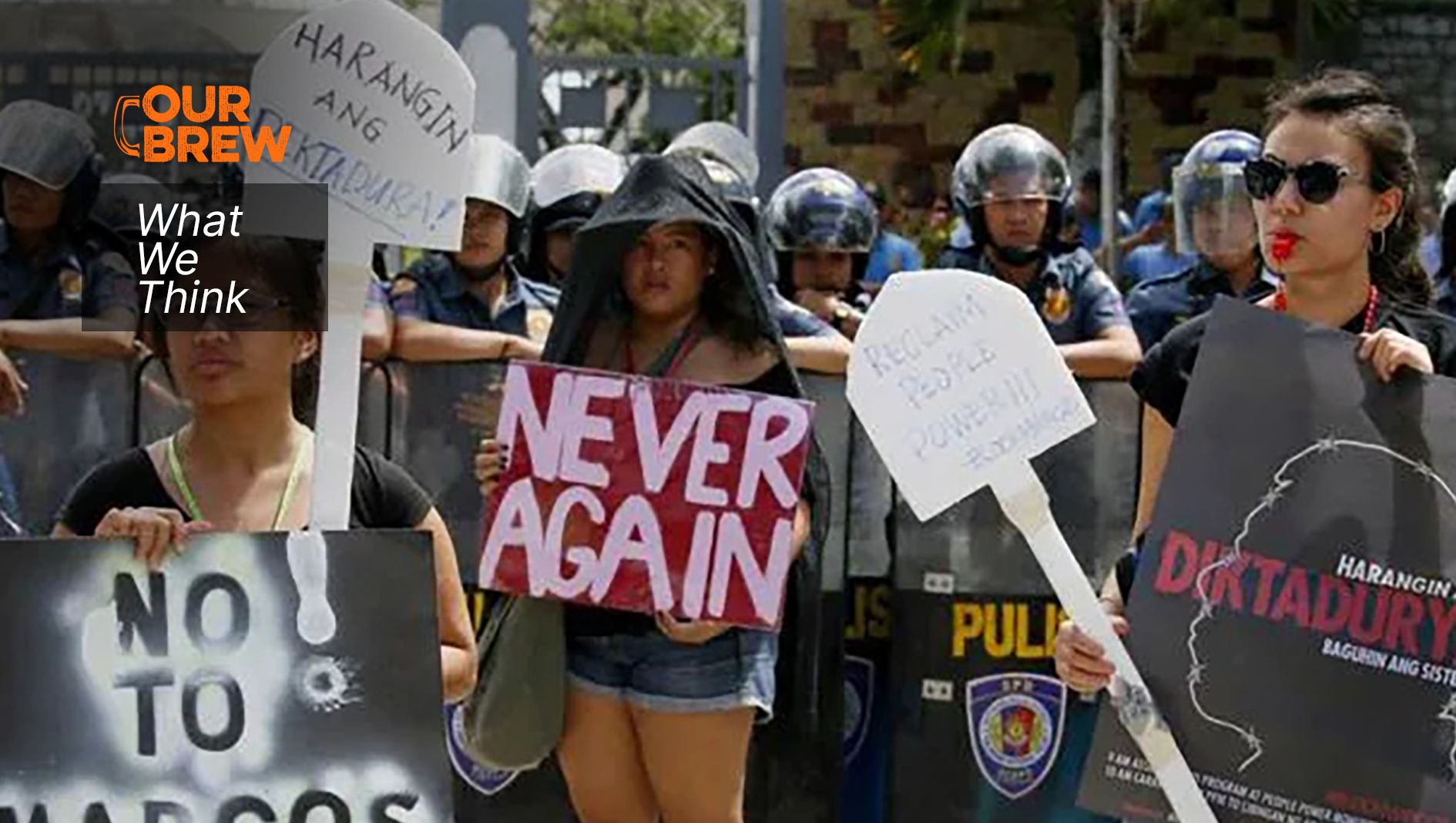 We have less than three months before the calendar reverts to Year Zero. The battle will be uphill, but not hopeless. Hope springs eternal even to those who have lost the spring in their steps

I didn’t watch that proclamation rally. And that was a good thing.

Imagine the ordeal of seeing a throng of Marcos supporters singing “Bagong Lipunan” like it were a call to arms, a bizarro version of  “Do You Hear the People Sing?”. That would be reason enough to grab a cold one from the fridge (as if I needed an excuse), or pop a tranquilizer to calm me down.

Images from that event reminded me of a classic film from the 1930s: Leni Riefenstahl’s “Triumph of the Will,” a documentary on the Nazi party’s 1934 Nuremberg Congress (Yes, her first name is Leni but that’s beside the point).

The film has been hailed for its masterful cinematic technique in the service of propaganda. That proclamation rally at the Philippine Arena is “Triumph of the Will” tweaked for the age of social media, complete with beauty filters.

But the display of triumphalism wasn’t an act. They had reason to be ecstatic. A January survey by Social Weather Stations (SWS) showed Ferdinand Marcos Jr. with 50 per cent of the votes. If these numbers hold until election day, 2022 will be the year of the great upheaval. The populist disruption of 2016? That was just the opening act.

We face the possibility of witnessing our 35-year democratic experiment blown to smithereens.  If this happens, democracy’s fate will be sealed by the very right denied the people during martial law and restored in February 1986: the right to vote.

It would be the end of the world as we know it, to borrow a line from REM. And nope, I don’t feel fine.

We have less than three months before the calendar reverts to Year Zero. The battle will be uphill, but not hopeless. Hope springs eternal even to those who have lost the spring in their steps.

I had imagined life as a senior citizen as a state of mindful indolence and mild grumpiness. Semi-retirement perhaps, with more time spent on my vinyl collection, pets, and grandkids, in that order. A blissful, legally-medicated existence.

But this year’s election could spoil my plans. Damn them all for ruining my siestas.

There are two things that used to be certain in life: death and taxes. You can skip taxes, thanks to the Comelec. That leaves death. So before activists of my generation and those older travel to the great beyond, we need to grapple with some hard (no pun intended) choices.

Really simple: embrace the Marcos restoration, greet it with a shrug, or curse it like a typical angry old man before dozing off.

There’s another choice. Take those maintenance meds, do your darndest impression of an elderly Rocky Balboa (cue “Eye of the Tiger”), eat your fiber, and get a doctor’s clearance to join the revolution.

Even in a medicated haze, we can still shake our fists and rage against the dying of the light. To quote a more senior tibak with a reputation for being utak pulbura: “Bakbakan uli! Exciting!”

But first, we need a playlist. They can have their “Bagong Lipunan,” “Mabuhay ang Pilipino,” “Ako ay Pilipino,” even Handel’s “Messiah” (sang at Marcos the Father’s so-called inaugural in 1981) and “We Are the World.” Heck, I can even part with “Umagang Kay Ganda,” even if it was a favorite OPM song.

Jettison those Hall & Oates for something hard rocking. Let’s see: The Who’s “Won’t Get Fooled Again,” The Rolling Stones’ “Street Fighting Man,” The Clash’s “Know Your Rights,” and Neil Young’s “Rocking In the Free World” (I’m still on Spotify, Neil. Sorry to frustrate you).

Add “Rage” by The Jerks. Asin’s “Pagbabago” (penned by poet-singer Jess Santiago) is perfect, and so is Yano’s “Bawal.” And throw in “Back in Black” and “Immigrant’s Song” just for those killer intros. Want something you can groove to while protesting? Try “(Wanted) Dead or Alive” by Manhattan Transfer and Buklod’s “Tumindig Ka.”

Make sure to turn the volume way up. Hearing problems, you know. Put on those moldy maong jeans - don’t forget your belt bags - and show the kids how it’s done. Tubao scarf is optional.

Now, can someone point us to the revolution? Do we get a senior’s discount?