City Birds are Changing Their Tune 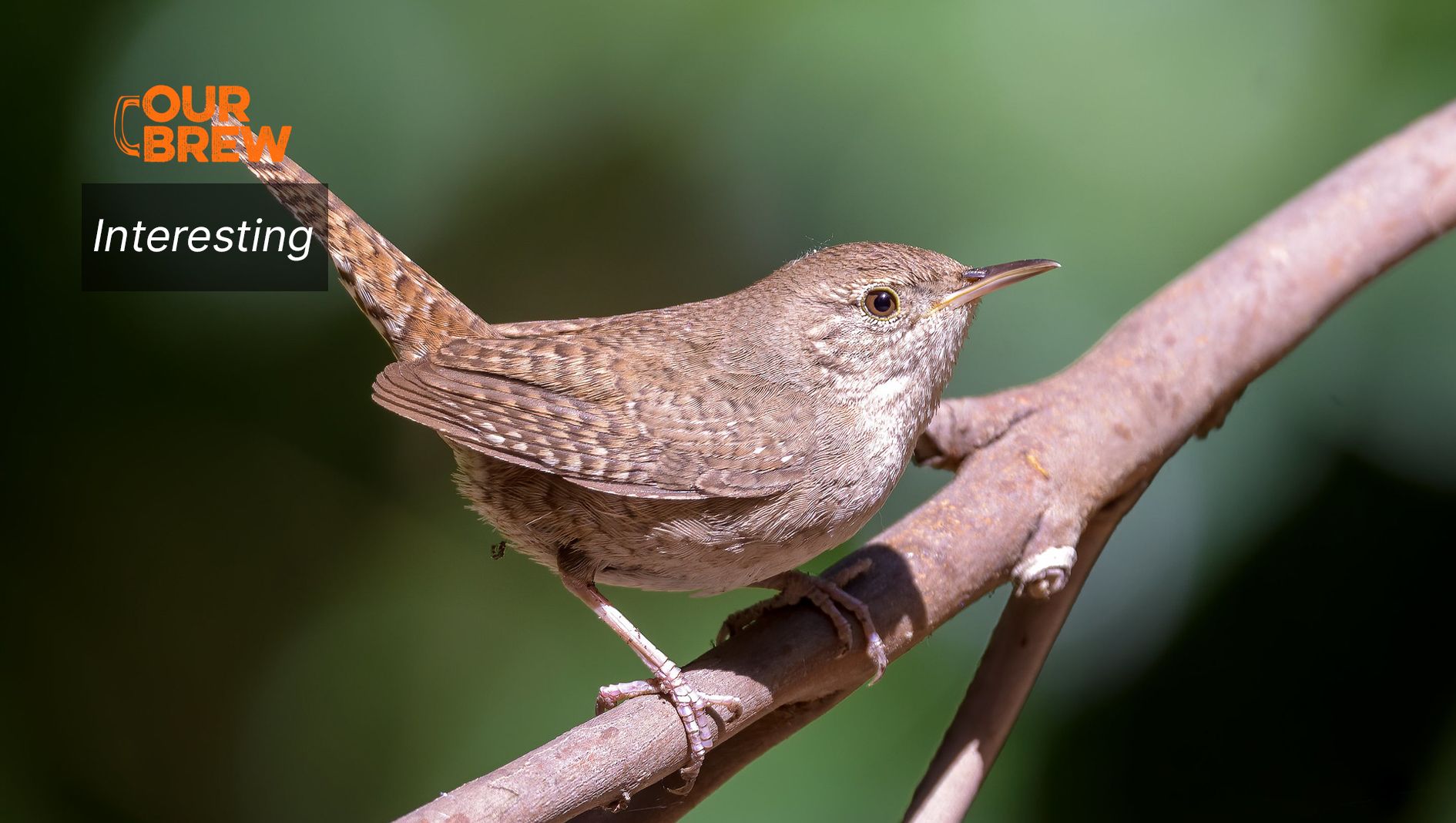 Dawn breaks in San Jose, the capital of Costa Rica. The city is still asleep, but the early risers are greeted by a beautiful symphony: Hummingbirds, corn-eaters, yigüirros (clay-colored thrushes), yellow-breasted grosbeaks, blue tanagers, house wrens, warblers and other birds announce that a new day has arrived.

Soon the incessant noise of vehicles and their horns, construction, street vendors and more take over, shaping the soundscape of the frenetic routine of hundreds of thousands of people who travel and live in this city. Then, the birds’ songs will slip into the background.

“The act of birdsong has two main functions in males: It is to attract females and also to defend their territory from other males,” says Luis Andrés Sandoval Vargas, an ornithologist at the University of Costa Rica. For females in the tropics, he adds, the primary role of their song is to defend territory. Thus, in order to communicate in cities, to keep their territory safe and find mates, birds must find ways to counteract the effects of anthropogenic noise — that is, the noise produced by humans.

“The main effect of urban development on song is that many birds sing at higher frequencies,” says Sandoval Vargas. Studies over the past 15 years have found, for example, that blackbirds (Turdus merula), great tits ( Parus major) and rufous-collared sparrows ( Zonotrichia capensis) sing at higher pitches, with higher minimum frequencies, in urban environments than in rural ones.

But the birds’ response to anthropogenic noise may be more complex than that, as Sandoval Vargas found when studying house wrens (Troglodytes aedon). House wrens are small, brown birds — about 10 centimeters tall and weighing 12 grams — that feed on insects and tend to live near humans. In Costa Rica, they are found almost everywhere, but are especially abundant in the cities. “Males sing almost year-round and sing for many hours during the day, and much of their behavior is mediated by vocalizations,” explains Sandoval Vargas. But what makes them ideal for studying adaptations to urban environments is that most of the components of their song are within the same frequency range as the noise that we humans produce.

Over two years, taking advantage of the house wrens’ breeding season — April through June — Sandoval Vargas and his team recorded the song of male house wrens at four locations within Costa Rica, and also recorded ambient noise. Although all four sites are within urban areas, the levels of human-generated noise are different at each site, ranging from very high and medium-high, to medium-low and low.

The study, published in 2020 in the International Journal of Avian Science, focused on the repertoire of sound elements — the variety of unique sounds that, when combined with one another, shape a bird’s characteristic song — that are produced by the house wrens.

As the scientists expected, house wrens tended to sing with higher-pitched sounds in places with more anthropogenic noise. But that’s not all they discovered.

They also found that, in general, the size of the birds’ repertoire decreased as anthropogenic noise increased, especially when the birds were exposed to levels of anthropogenic noise that were above the usual noise to which they were accustomed. The researchers observed the same pattern at the individual level: The same bird offered a smaller song repertoire on noisier days than on less noisy days.

A reduced repertoire can affect how well these birds learn their sound language, as songbirds need to hear themselves and other birds to crystallize their song. “What’s happening here is that they’re losing some of their vocabulary, some of their sounds, because they’re not producing them. And, in these species, juveniles need to listen to adults to learn how to sing,” says Sandoval Vargas.

Song of a house wren (Troglodytes aedon ) captured on the campus of the University of Costa Rica, in San Jose, one of the locations chosen by Sandoval and his team to carry out the study. | CREDIT: LUIS SANDOVAL VARGAS

In the long run, this could make it difficult for birds to communicate with other populations of their species. Say, for example, you had a situation where you have a large population and a small population, and to conserve the small one, you wanted to take individuals from one to the other, Sandoval Vargas explains. “But it turns out that the individuals of the small population within the city sing very differently from those of the large population ... they are not going to recognize them. And, because they can’t communicate, they can’t reproduce [with them],” says Sandoval Vargas.

With the passage of enough time, this could induce the start of speciation processes — that is, individuals in the city evolving differently from those living in rural habitats.

Birds resort to various strategies in the face of human noise. Serins (Serinus serinus) — common birds in Spanish cities — sing for longer when there is more noise in the city to compensate for that noise, says Mario Díaz Esteban, a researcher at Spain’s National Museum of Natural Sciences, who led the research that made this finding in 2011.

This tactic, however, has its drawbacks. “The problem is that, if an individual has to spend a lot of time singing to compensate for the noise, that time cannot be spent on other functions, such as foraging, searching for mates and, probably most importantly, watching for predators,” Díaz Esteban explains.

The price of living in the city

Modifications in the songs of serins and house wrens are an indication that the birds, like many other creatures, are slowly — and in different ways — adapting to succeed in urban environments.

Australian ecologists Mark McDonnell and Amy Hahs noted, in an article in the 2015 Annual Review of Ecology, Evolution, and Systematics, that organisms that can alter their phenotype — observable traits such as body form, development or behavior — in response to environmental conditions are more likely to survive in changing environments and adapt to new conditions.

Changes in song are just one of many adaptations that birds exhibit when living in cities. They may also be slower to take flight. “There are a lot of people moving around in urban environments and birds may perceive that as a certain level of risk or threat … if a human approaches, they’ll have a distance they will tolerate before they take off,” explains Hahs, of the University of Melbourne. The same could happen near pets or vehicles, she adds.

City birds also change their diets. Hahs relates the classic example of European blue tits (Cyanistes caeruleus) that learned to steal milk by opening bottles, when they normally feed on insects. “In Australia, the big example we have are the ibis, which usually feed in wetlands, but have started stealing scraps from the bin,” she adds.

Díaz Esteban says that although, in general, the effects of human activities on birds can be negative, there may also be species “that benefit from the proximity of humans, either because there is more food, fewer predators, or their competitors tolerate human presence less.” But, he says, there is not much evidence that song modifications represent such an advantage for birds in urban environments.

And although the presence of humans and the construction of cities exert pressure on bird behavior, there are also many conservation opportunities within cities, McDonnell and Hahs say. They add that there is an urgent need to identify actions to create biodiversity-friendly cities.

“If we are able to reduce some of the urban impacts in our cities — create more green space, reduce urban heat islands through vegetation, and other actions [such as] finding ways to make habitats more connected,” Hahs says, “then more species present in our cities will find the urban environment less of a challenge.”

Alejandro Portilla Navarro is a Costa Rican journalist and audiovisual producer who is always searching for answers to questions about biology, culture and earth science, and is passionate about sharing them with others.

This article originally appeared in Knowable Magazine, an independent journalistic endeavor from Annual Reviews. Sign up for the newsletter.