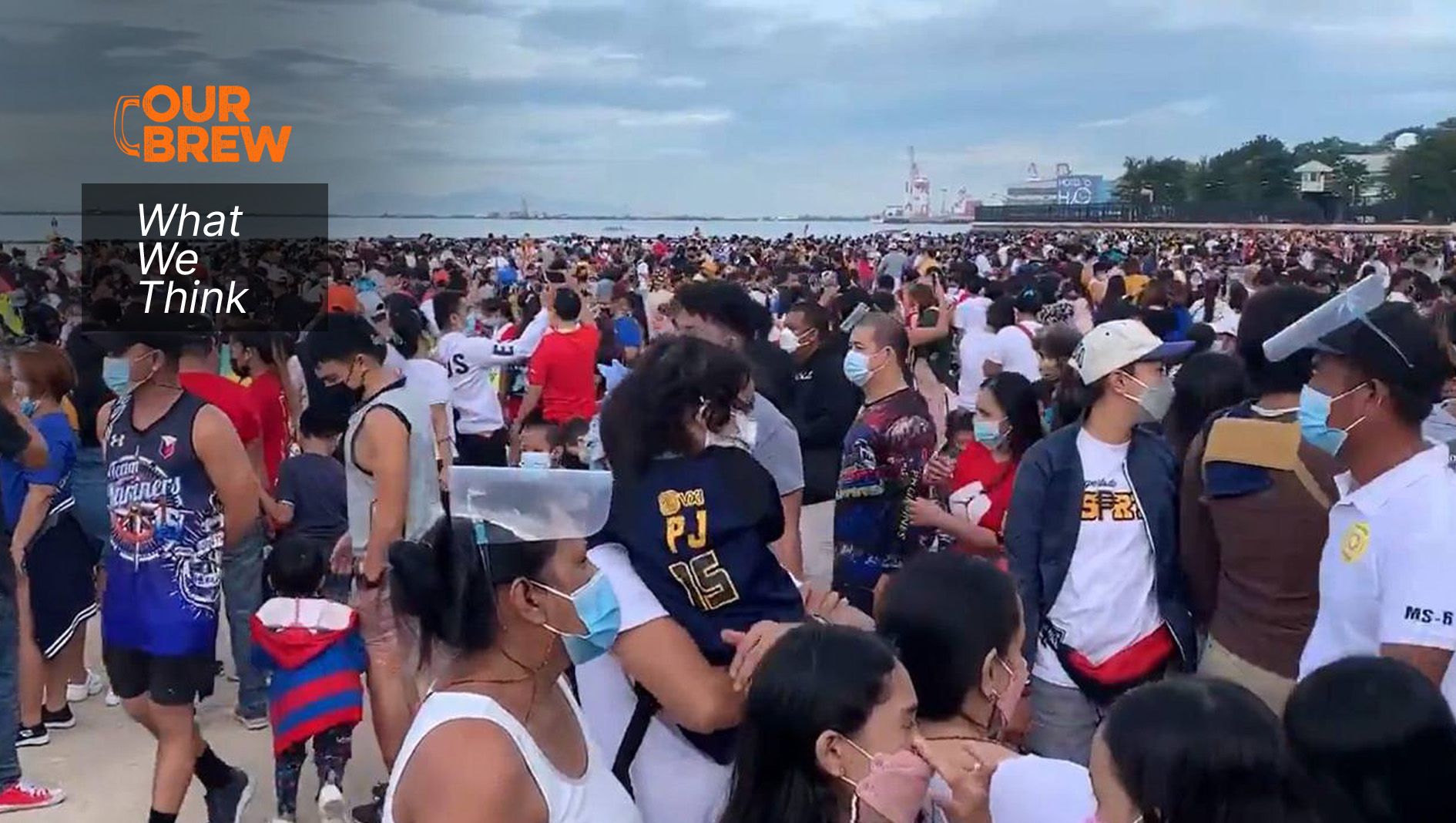 The controversial dolomite beach at the Baywalk is in the news again! With the easing of mobility restrictions, Metro Manilans invaded the damn beach, traipsing around and wading in the murky waters (gleefully ignoring COVID safety protocols) and putting authorities in a bind trying to manage this deluge of people. Even the Health Secretary has tagged the gathering “a super-spreader event.”

Moving about in the cities of the Metro is so constrained with the virus hanging around and threatening everyone that Manilans are truly starved for the pleasures found in a little exploring and beachcombing. No parks, no cinemas, no bars, no gatherings, no parties, no wakes, no reunions, not even just hanging around or cemetery gatherings. Who can blame them? There was a time (too long ago, I’m afraid) when Manilans had the beaches of Parañaque and nearby Cavite for swimming and picnics. But these nearby leisure enclaves have been swept away by pollution and urbanization.

Today there are very few places where an ordinary city dweller can enjoy the sun and the sea without having to pack it up for a quick trip to the beaches of Batangas, Puerto Galera, or Boracay.

So, the damn beach at the Baywalk. Even if some health authorities have warned about possible health hazards of dolomite.

The Baywalk beach is the modern equivalent of Imelda Marcos’ disastrous Manila Film Center at the Cultural Center of the Philippines Complex along Roxas Boulevard. Both are white elephants, well-intentioned but not well vetted for safety, relevance or timeliness. It will not go away any time soon because the government and its instigators have spent millions of the people’s money to get it done.

The authorities are hoping this mad rush to the beach is just mob curiosity at the start of something new, and things will settle down. We too are hoping that that does happen. But if all else fails, Mother Nature should step in with natural erosion or a couple of whirlwind typhoons to blow the dolomites away. That should bury the matter once and for all under the turbid waters of Manila Bay. MDM

Posted by UNTV News and Rescue on Saturday, 23 October 2021