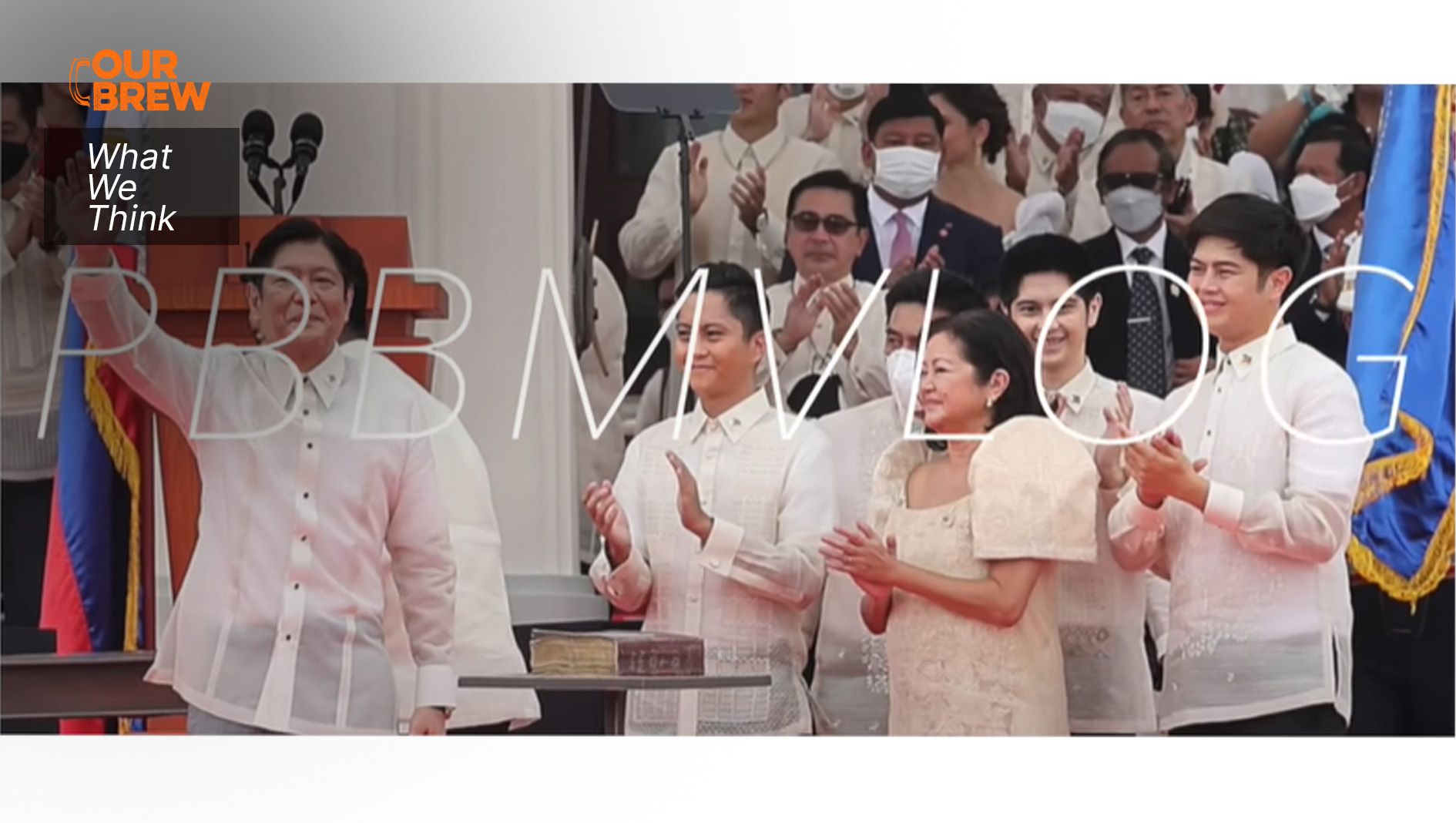 Since when have we started appraising the first seven days of a newly-elected President?

It has been somewhat of a ritual, one of those unwritten norms we borrowed from the United States, to regard the first 100 days of a newly-elected President as a honeymoon period, where he or she is given the widest latitude of courtesy and allowed to begin the process of growing into the office. At the end of 100 days the President is expected to have publicly manifested maturity and gravitas, or the lack of it, taken in the state of the nation, and identified his priorities.

Several political observers and academics have weighed in on the first week in office of President Marcos Jr. The reviews can be summed up in one word: “good,” as in “he’s off to a good start,” “he is making good choices,” and similar phrases that convey either an impatience over the absence of a major slip-up, or an inclination to cut the new President some slack. Because, really, what earth-shaking thing can a leader do in his first week in office?

I would assume that these talking heads were referring to the flurry of Cabinet appointments made by Marcos Jr. in the weeks prior to his formal assumption to office, before the start of his first seven days as President. The consensus is that these are mostly learned and experienced men and women expected to hit the ground running. No learning curves, no awkward transitions, no early controversies.

The only person who will actually have to learn while doing is the President himself. No one can really claim to be ready for the presidency, and Marcos Jr. will have to navigate the labyrinthine world of a bureaucracy that has grown larger over time, confront realities beyond his control, and learn to govern a nation still operating under democratic norms, despite the battering it has received in the last six years.

Surprisingly, Marcos Jr. himself, in a vlog posted on his official social media site, did a recap of the whirl of socials and meetings and ceremonies that marked his first week in office.

Watching the vlog was like watching an SDE for a wedding. It included sunshiny images of Marcos Jr. and his ever-smiling family, formally-dressed yet casual in demeanor. The shots were mostly rendered in slow motion to capture every eye-twinkle, lips parting and breaking into smiles as the kids tour the Palace where dad and their titas, lolo, and lola once lived like royals.

Media chose to play up the part where the new President waxed nostalgic. He recalled memories of his late father with awe and fondness, and conjured images of life in Malacañang before the Fall, conveniently skipping the part where his last mental image of the Palace was from on board a helicopter taking his family to exile.

Marcos Jr. delivered his vlog spiel in an easy-going, conversational manner, with just a bit of giddiness akin to a grade schooler coming home and recounting his first day in school.

The takeaway from the vlog? Marcos Jr. is approachable, just a regular guy who just happens to carry a controversial surname.

Those first seven days were uneventful. Perhaps calculated would be a better description.

They followed a well-established template set by presidencies past which Marcos Jr. aspires to emulate, particularly that of his father. It was also intended to distance him from the explosive, controversy-filled early days of his predecessor, with whom he shares little in terms of style, language, and bearing. What they do share is a large political base predisposed to strongmen and aching for real change.

But by using his official vlog to talk to the people, Marcos Jr. has effectively bypassed the traditional media gatekeepers.

Contrary to assertions that the vlog gives an unfiltered view of Marcos Jr., this is a channel that filters out the inconvenient, the controversial, and the indefensible. It is a channel clearly intended as a platform to set the national agenda without the need to compete for the narrative or subject the agenda to democratic discourse.

The President has at his disposal his own official channel, and hundreds of unofficial media channels that served him well during the campaign. These unofficial channels can amplify every presidential statement without subjecting them to the rigors of fact-checking.

By rendering a rose-colored report on his first seven days, Marcos Jr. was taking control of his image and how he is to be perceived by the people. He is denying media the opportunity to define him and his presidency after the first 100 days. This early, he is defining himself.