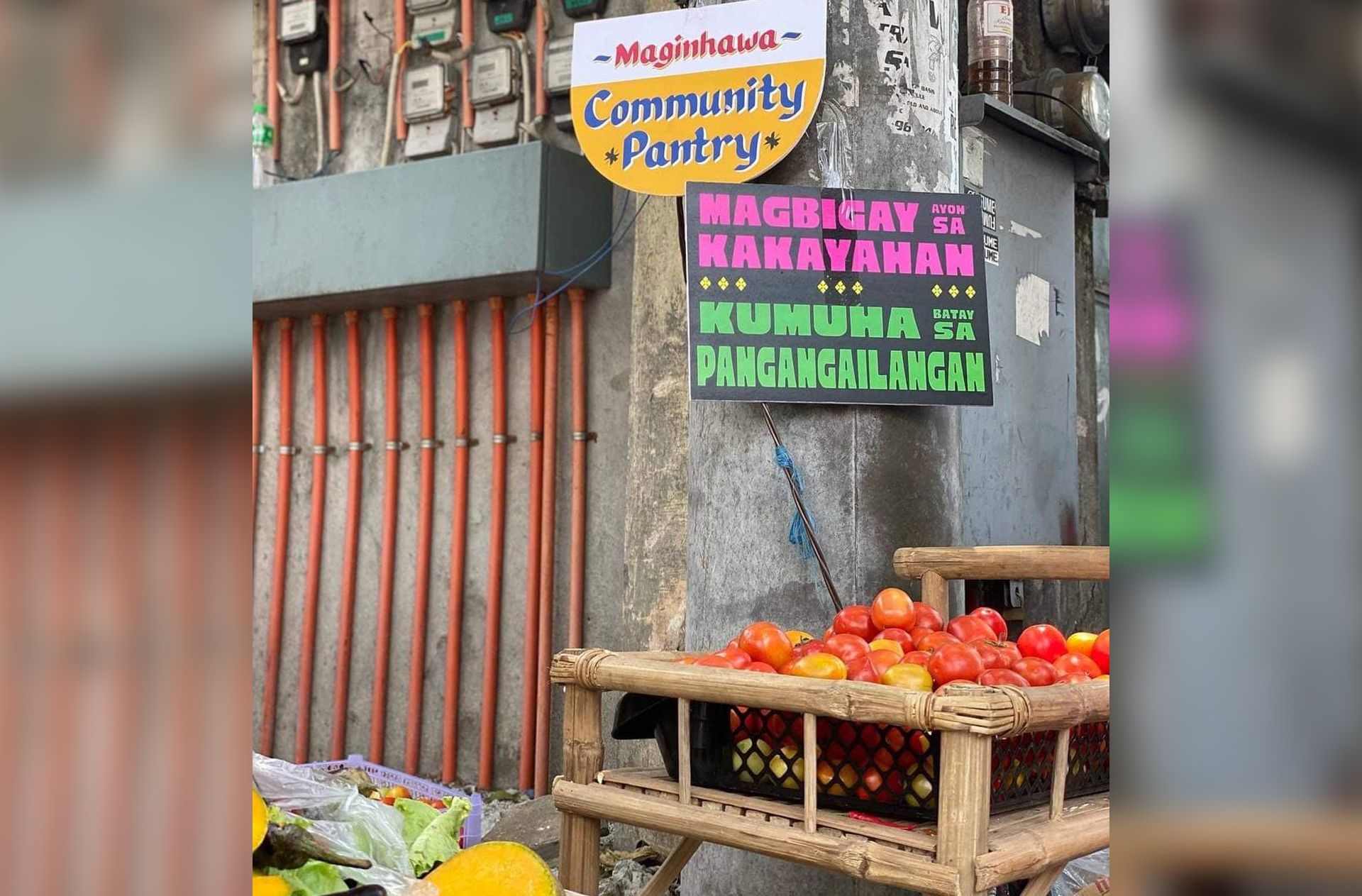 Despite a government-imposed curfew, hundreds of residents lined up as early as 3 a.m. on April 20 along the stretch of Maginhawa Street in Teacher’s Village, Quezon City hoping to bring home vegetables and food items from the Maginhawa Community Pantry.

But before 6 a.m., they were told that the pantry would be suspending its operations. Many went home disappointed, clutching shopping bags as empty as their stomachs.

The night before, 26-year old Ana Patricia Non, a business owner who set up the Maginhawa Community Pantry, announced she was temporarily halting operations because of police harassment.

Patreng, as she is called by friends and family, said she feared for her safety and that of the pantry’s volunteers.

Earlier that day, she said three police officers had sought her out, and asked for her cellphone number, her affiliations, and other personal details. The visit coincided with postings on social media allegedly from the Facebook pages of the Quezon City Police Department (QCPD) and the National Task Force to End Local Communist Armed Conflict (NTF-ELCAC), an agency under the Office of the President, warning the public that the community pantries were communist initiatives.

A photo taken in Pandacan, Manila allegedly shows policemen interviewing organizers, and asking for contact details, Facebook account names, and other personal information. This is seen as a violation of the Data Privacy Act, and has prompted the National Privacy Commission to issue a statement.

The Department of Interior and Local Government (DILG) and the Philippine National Police (PNP) denied it was profiling organizers, and even hailed the community pantries as outstanding expressions of private sector initiative and the Bayanihan spirt.

But in an interview over DZBB, Army  Lt. Gen. Antonio Parlade Jr., spokesperson of the NTF-ELCAC, confirmed they were profiling organizers of the pantries, including Patreng Non. He claimed the community pantries were being used to raise funds for the communist movement, but offered no hard evidence.

The community pantries began with a photo posted by Patreng on her Facebook page showing a bamboo pushcart filled with vegetables and other food items. Above it were two cardboard signs. One said, “Magbigay ayon sa kakayahan, kumuha batay sa pangangailangan.”  The other sign said, “Maginhawa Community Pantry.”

Her post went viral, and in just four days community pantries have sprouted all over Metro Manila and even in the provinces. They were organized by families, organizations, Churches, religious congregations, government agencies and even police stations. Some offered other items like condiments, books and other reading materials, face shields, condoms, sanitary products and, for pet owners, dog and cat food.

Patreng said the philosophy behind the pantry is anchored on trusting and respecting the dignity of the poor. She wrote in one post:

While grateful that her simple idea has caught on, she is quick to clarify that the problem of hunger, more widespread now because of the pandemic and the lockdown, needs a long-term solution.

“This community pantry is only a temporary solution for empty stomachs. Food security, services, those are different things and normal citizens do not have the budget to initiate those big projects,” she said.

A report in Bloomberg said of the P23 billion budget for cash aid allotted by the government for individuals displaced by the most recent lockdown, only P4 billion have been disbursed so far.

The delay has been officially attributed to the strict implementation of health protocols such as social distancing, but irate residents have complained that the distribution has been poorly organized, with health officials warning these could become “super-spreader events.”

Some local officials also complained that the list of beneficiaries provided by the Department of Social Welfare and Development (DSWD) contained erroneous entries, including the names of the deceased and those working abroad.

Wrote Bloomberg, “Amid these delays, some Filipinos are queuing for free food from pantries set up by communities and individuals, replicating one put up by a female resident from Quezon City in the capital. These so-called ‘community pantries’ show what the public can do ‘when the government is absent,’ former Vice President Jejomar Binay said on Twitter.”

According to the Trade Secretary, the economy lost an estimated P180 billion during the two-week hard lockdown imposed by the government in Metro Manila and four other provinces to stop a surge in COVID-19 infections. Those who lost their jobs totalled1.5 million.

But unless government moves to quickly improve the health system, upgrade contact tracing and testing, and vaccinate a large portion of the population, experts see the country experiencing regular surges in infections, and this would require frequent hard restrictions on mobility and the operation of businesses.

For those severely affected, the community pantries are a lifeline.

Patreng refused to take credit for the sudden outpouring of help for the displaced.