He Wanted to Make Sure He Could Survive a Snakebite in the Philippines, and Stumbled Upon a Surprise 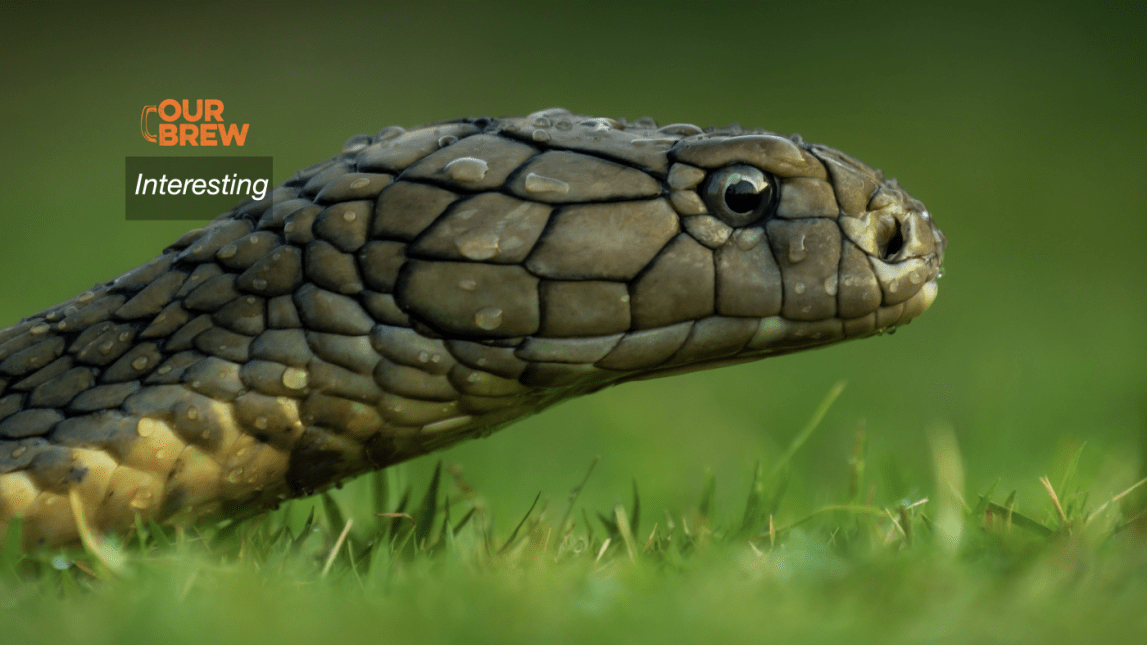 Search for a Snakebite Drug Might Lead to a COVID Treatment, Too

Dr. Matthew Lewin, founder of the Center for Exploration and Travel Health at the California Academy of Sciences, was researching snakebite treatments in rural locations in preparation for an expedition to the Philippines in 2011.

The story of a renowned herpetologist from the academy, Joseph Slowinski, who was bitten by a highly venomous krait in Myanmar and couldn’t get to a hospital in time to save his life a decade earlier, weighed on the emergency room doctor.

“I concluded that I needed something small and compact and that doesn’t care what kind of snake,” Lewin said.

It didn’t exist. That set Lewin in pursuit of a modern snakebite drug, a journey that finds his Corte Madera, California, company, Ophirex, nearing a promising oral treatment that fits in a pocket; is stable, easy to use and affordable; and treats the venom from many species. “That’s the holy grail of snakebite treatment,” he said.

His work has gotten a boost with multimillion-dollar grants from a British charity and the U.S. Army. If it works — and it has been shown to work extremely well in mice and pigs — it could save tens of thousands of lives a year.

Lewin and Ophirex are not alone in their quest. Snakebites kill nearly 140,000 people a year, overwhelmingly in impoverished rural areas of Asia and Africa without adequate medical infrastructure and knowledge to administer anti-venom. Though just a few people die each year in the U.S. from snakebites, the problem has risen to the top of the list of global health concerns in recent years. Funding has soared, and other research groups have also done promising work on new treatments. Herpetologists say deforestation and climate change are increasing human-snake encounters by forcing snakes to move to new habitats.

Lewin’s research is centered on a drug called varespladib. The enzyme inhibitor has proven itself in in-vitro lab studies and has effectively saved mice and pigs dosed with venom.

Along the way, Lewin and his team have come across another potential use for the drug. Varespladib has a positive effect on acute respiratory distress syndrome, associated with COVID-19. Next year, Ophirex will conduct human trials for the possible treatment of the condition funded with $9.9 million from the Army.

The link to a snakebite? The inflammation of the lungs caused by the coronavirus produces the sPLA2 enzyme. A more deadly version of the same enzyme is produced by snake venom.

The other companies that have come up with promising approaches to snakebite aren’t as far along as Ophirex. At the University of California-Irvine, chemist Ken Shea and his team created a nanogel — a kind of polymer used in medical applications — that blocks key proteins in the venom that cause cell destruction. At the Technical University of Denmark, Andreas Laustsen is looking at engineering bacteria to manufacture anti-venom in fermentation tanks.

The days of incising a snakebite and sucking out the poison are long over, but the current treatment for venomous snakebites remains archaic.

Since the early 1900s, anti-venom has been made by injecting horses or other animals with venom milked from snakes and diluted. The animals’ immune systems generate antibodies over several months, and blood plasma is taken from the animals and antibodies extracted from it.

It’s extremely expensive. Hospitals in the U.S. can charge as much as $15,000 a vial — and a single snakebite might require anywhere from four to 50 vials. Moreover, anti-venom exists for little more than half the world’s species of venomous snakes.

A major problem is the roughly two hours it takes on average for a snakebite victim to reach a hospital and begin treatment. The chemical weapon that is venom starts immediately to destroy cells as it digests its next meal, making fast treatment essential to saving lives and preventing tissue loss.

“The two-hour window between fang and needle is where the most damage occurs,” said Leslie Boyer, director of the University of Arizona’s Venom Immunochemistry, Pharmacology and Emergency Response — VIPER — Institute. “We have a saying, ‘Time is tissue.’”

That’s why the search for a new snakebite drug has focused on an inexpensive treatment that can be taken into the field. Lewin’s drug wouldn’t replace anti-venom. Instead, he thinks of it as the first line of defense until the victim can reach a hospital for anti-venom treatment.

Lewin said he expects the drug to be inexpensive, so people in regions where snakebites are common can afford it.

Venom is extremely complicated chemically, and Lewin began his search by sussing out which of its myriad components to block. He zeroed in on the sPLA2 enzyme.

Surveying the literature about drugs that had been clinically tested for other conditions, he came across varespladib. It had been developed jointly by Eli Lilly and Shionogi, a Japanese pharmaceutical company, as a possible treatment for sepsis. They had never taken it to market.

If it worked, Lewin could license the right to produce the drug, which had already been thoroughly studied and was shown to be safe.

He placed venom in an array of test tubes. Varespladib and other drugs were added to the venom. He then added a reagent. If the venom was still active, the solution would turn yellow; if it was neutralized, it would remain clear.

The vials with varespladib “came up completely blank,” he said. “It was so stunning I said, ‘I must have made a mistake.’”

With a small grant, he sent the drug to the Yale Center for Molecular Discovery and found that varespladib effectively neutralized the venom of snakes found on six continents. The results were published in the journal Toxins and sent ripples through the small community of snakebite researchers.

Lewin then conducted tests on mice and pigs. Both were successful.

Human clinical trials are next, but they have been delayed by the pandemic. They are scheduled to get underway next spring.

Along the way, Lewin was fortunate enough to make some good connections that led to funding. In 2012, he attended a party at the Mill Valley, California, home of Jerry Harrison, the former guitarist and keyboardist for Talking Heads. Harrison had long been interested in business and startups — he said he was the most careful reader of the ’80s band’s contracts — and at the party he asked “if anyone had any ideas lying fallow,” Harrison said.

“And Matt pipes up and says, ‘I have this idea how to prevent people from dying from snakebites,’” Harrison said.

The musician said he was a bit taken aback by such an unusual and dire problem, but “I thought if it can save lives we have to do it,” he said. He became an investor and co-founder of Ophirex with Lewin.

Lewin met Lt. Col. Rebecca Carter, a biochemist who was assigned to lead the Medical Modernization Division of Air Force Special Operations Command, in 2016 when she attended a Venom Week conference in Greenville, North Carolina. He was presenting the results of his mouse studies. She told him about her first mission: to find a universal anti-venom for medics on special operations teams in Africa. She persuaded the Special Operations Command Biomedical Research Advisory Group, which specializes in getting critical projects to production, to grant Ophirex $148,000 in 2017. She later retired from the Air Force and now works for Ophirex as vice president.

Despite the progress and the sudden cash flow, Lewin tamps down talk of a universal snakebite cure. “There’s enough evidence to say the drug deserves to have its day in clinical trials,” he said.