Occasionally, your furry companion may develop trichobezoar or what is usually known as “hairball.” This occurs more often with cats because they naturally know how to self-groom, and rarely need bathing.

Your generally meticulous cat will every so often act in a startling and somewhat filthy manner. When she wakes up from a nice snooze, she will stand up on her paws, retch violently for a short while, and then spit up what may initially appear to be a moist clump. The animal has thrown up what is known as a trichobezoar, sometimes known as a hairball, in the center of your kitchen floor or, worse yet, in the middle of your precious Persian rug.

The term “trichobezoar” is used in medicine or science to refer to a hairball, according to Catherine Barnette, DVM, in her article, “Trichobezoars (Hairballs) in Cats.” A “bezoar” is any foreign object that blocks the stomach or intestines, while the word “trich” refers to hair. A trichobezoar is a digestive obstruction brought on by hair, so to speak.

Hairballs can be problematic for dogs as well as cats, despite the common association between the two. Any dog or cat that grooms itself or consumes other people’s hair runs the danger of developing a trichobezoar.

The cause of hairball

Cats continually consume minute amounts of hair when grooming. Due to the presence of keratin, a fibrous, structural protein, this hair cannot be digested and must instead pass through the intestines and exit the body in the feces. However, there are instances where hair can tangle within the stomach or intestines, either on other objects or on itself. Barnette says this can lead to a hairball, or trichobezoar, if the tangled clump of hair becomes too enormous to pass in the stool.

There are two probable outcomes after a hairball forms. Many cats may simply vomit up the hairball, leaving it on the floor for you to find, and carry on with their daily routine. However, in some circumstances, this hairball could end up stuck in the digestive system and can cause an obstruction, says Barnette.

What are the symptoms of hairball?

A cat may begin gagging, retching, or acting as though they are dry heaving and trying to vomit when they are trying to bring up a hairball. They occasionally emit a noise known as a “cough-gag-retch.” This is due to the fact that your cat might seem to be retching from their stomach, gagging in their throat, and coughing from the lungs.

A vomited hairball is frequently the only indication that your pet has a trichobezoar. Most cat owners can quickly recognize these tubular-shaped moist hair accumulations. The pressures that compress the mass of hair as it ascends the esophagus are what give them their tubular shape.

Do cats typically have hairball?

When their cats gag and retch, many cat owners find it quite upsetting and worrisome, and they begin to wonder whether there is anything they should be worrying about. It’s very normal for cats to groom themselves in this way, and it helps to maintain the health of their fur.

The majority of individual hairs will pass normally through the cat’s digestive tract, but occasionally they may clump together and start to build up in the stomach. To stop them from entering the intestine and causing a blockage, cats try to vomit them up. If you watch your cat stretch its neck, dry retch (mouth opening wide) and throw up a hairball before calmly strolling away, don’t be alarmed. Watching this can be upsetting, but don’t be alarmed. It’s natural.

How often do cats get hairball?

Some cat owners believe that their pet passes hairballs on a daily basis, but this is not true. Our local veterinarian says cats should not frequently develop hairballs, typically no more than once per month. The majority of grooming-related hair eaten will easily pass through the digestive system and exit into the litter box.

It’s worth visiting a veterinarian if your cat frequently passes hairballs, though. It is advisable to check for gastrointestinal issues as soon as possible if your cat has a lot of hairballs because this could be a sign of a larger issue.

Barnette says a trichobezoar-related blockage in your cat needs to be removed. In exceptional circumstances, your vet might advise removal using an endoscope that can be inserted into the stomach and down your cat’s throat. However, surgical removal is more frequently carried out. Your cat’s whole digestive system can be accessed during surgery, allowing your vet to check for any potential obstructions and, if necessary, remove trichobezoars from various locations.

It’s normal for cats to “upchuck” a hairball once every two to three weeks, and it’s nothing to be concerned about. I have witnessed our cats performing such feats often, and they are still in excellent health. Nevertheless, Barnette advises that you see your veterinarian right away if your cat is lethargic, refuses to eat for longer than a day, or has experienced a number of instances of ineffective retching. Mariana Burgos 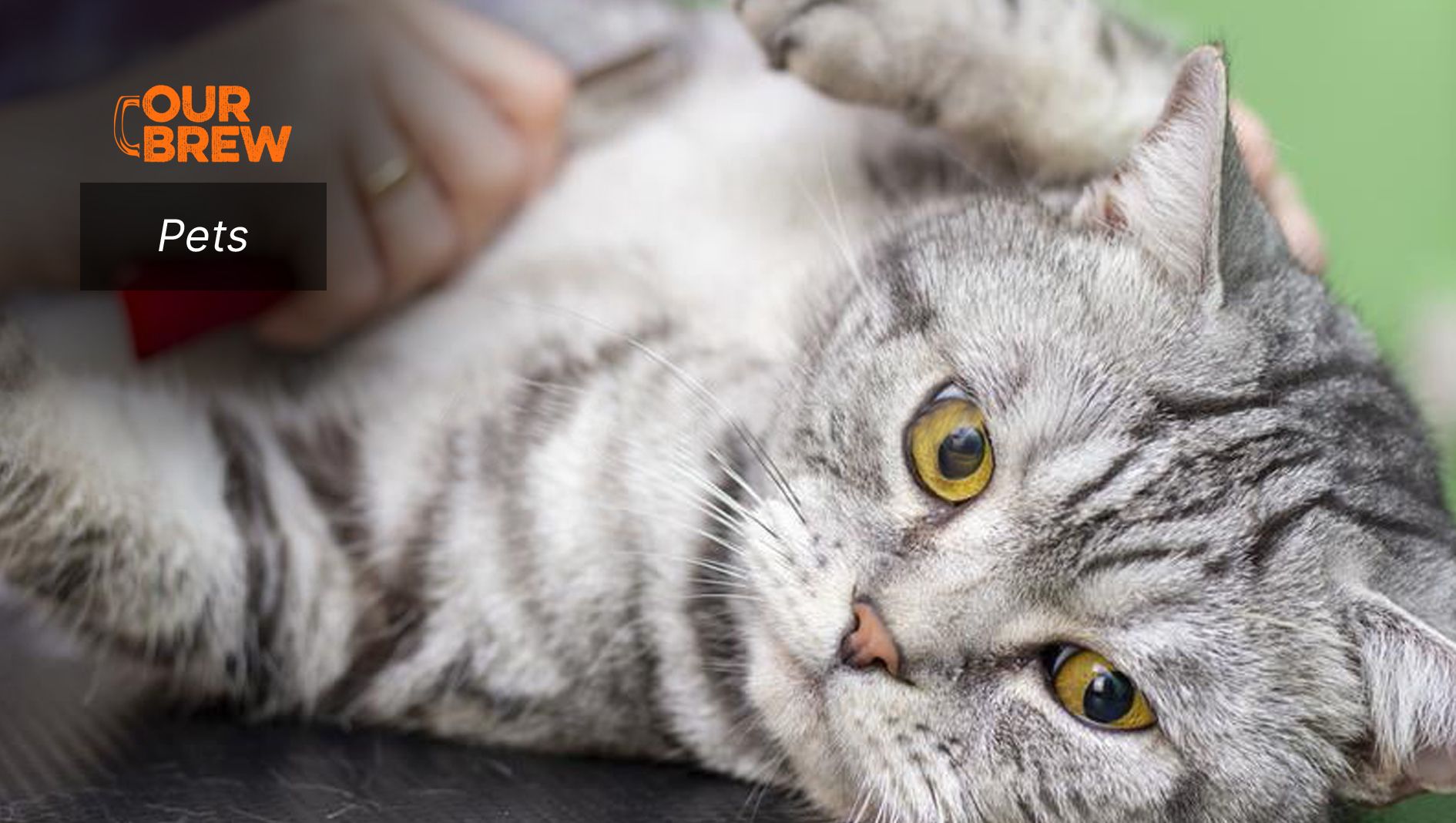