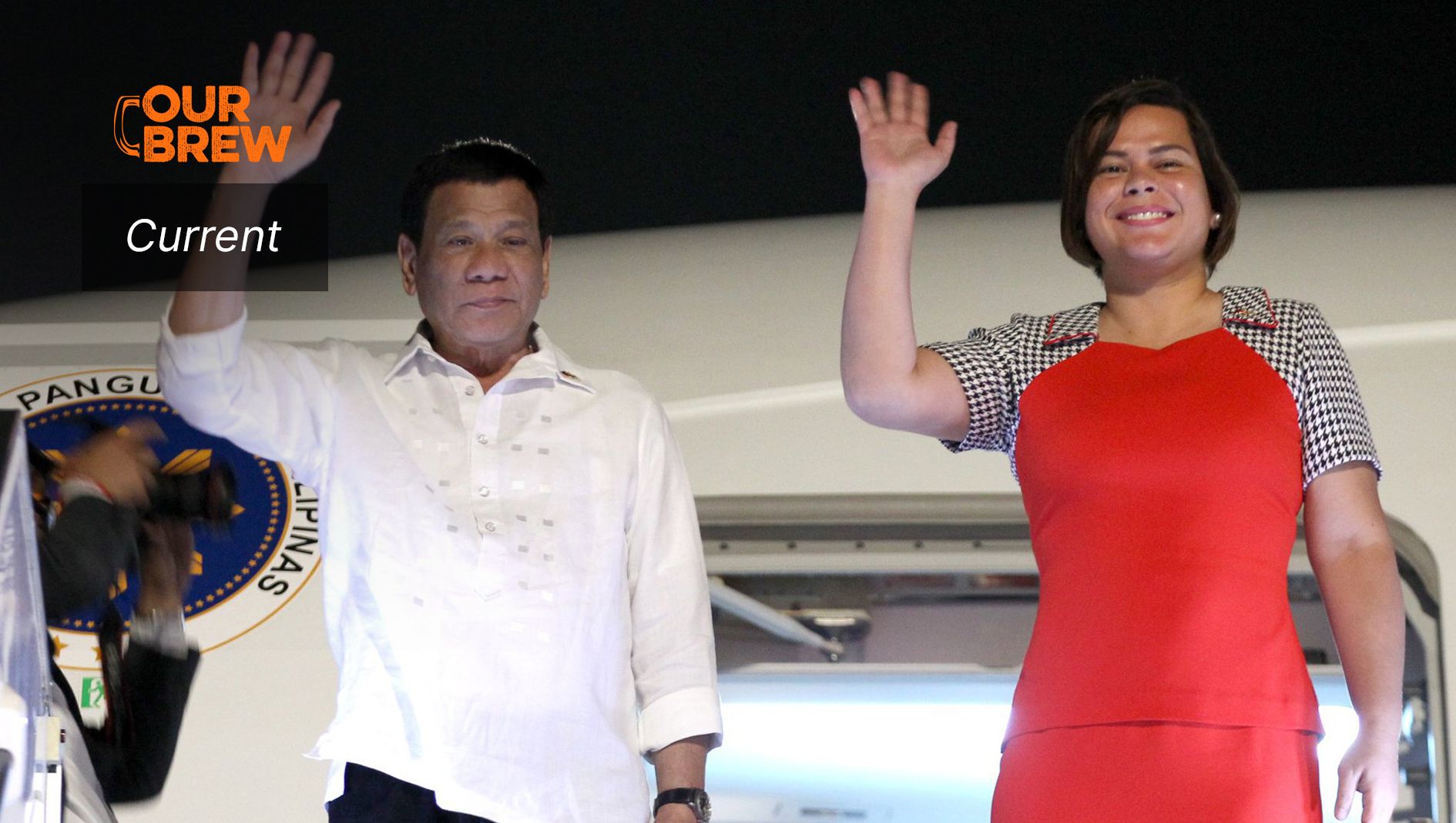 A small majority of Mindanawons (62%) would elect Davao City Mayor Duterte if the May 2022 elections coincided with the conduct of the interviews for the present survey. The latter is the plurality choice in the Visayas (30%), Class D (26%), and Class E (40%). On the other hand, the lead in Metro Manila and Class ABC is shared by Manila Mayor Domagoso (23% and 21%, respectively), ex-Senator Marcos (22% and 17%, respectively), and Davao City Mayor Duterte (16% and 21%, respectively). It may be noted that 16% of those in Class ABC are not inclined to vote for any possible presidential candidate. As for those in the rest of Luzon, basically the same percentages either show support for former Senator Marcos (18%), Manila Mayor Domagoso (15%), Davao City Mayor Duterte (13%), or Senator Poe (12%) or have not yet chosen their presidential bet for the May 2022 elections/refuse to name their favored candidate for the post/still do not have a preferred presidential candidate (13%)

In the event that their original choice for president does not pursue his/ her candidacy in May 2022, around the same percentages of Filipino adults would instead vote for Davao City Mayor Duterte (16%), Senator Poe (13%), former Senator Marcos (13%), or Senator Pacquiao (12%). Close behind them is another group of presidentiables recording nearly the same second-choice voter preferences – Senator Christopher Go (9%), Manila Mayor Domagoso (8%), Taguig City-Pateros Representative Alan Peter Cayetano (7%), and VicePresident Robredo (6%). The other possible presidential bets obtain second-choice voting figures of at most 4%. On the other hand, 5% of Filipino adults are ambivalent about their alternative presidential bet/refuse to identify their second choice for president/are not likely to vote for any other personality should their original candidate withdraw from the elections. (Please refer to Table 2.)

Leading the May 2022 vice-presidential race are President Rodrigo R. Duterte (18%) and Manila Mayor Francisco Domagoso (14%); the top spot in terms of second-choice voter preferences is shared by five (5) vice-presidentiables

If the May 2022 elections took place during the survey period, President Rodrigo R. Duterte and Manila Mayor Domagoso would find themselves in a tight race for the vicepresidential post (18% and 14%, respectively). Senate President Vicente Sotto III (10%), former Senator Marcos (10%), Senator Pacquiao (9%), Taguig City-Pateros Representative Cayetano (8%), and Sorsogon Governor Francis Escudero (7%) share 2nd place. Other possible candidates for vice-president each record first-choice voter preferences of at most 5%. The rest of Filipino adults (6%) are undecided about whom to vote for as vicepresident/refuse to name their vice-presidential bet/are not inclined to support anyone for the post. (Please refer to Table 3.)

Those in Class ABC are most likely to support the following in the May 2022 vice-presidential election – Manila Mayor Domagoso (15%), Senate President Sotto (15%), President Duterte (14%), Taguig City-Pateros Representative Cayetano (9%), former Senator Marcos (8%), Senator Pacquiao (7%), Sorsogon Governor Escudero (6%), Senator Go (4%), and former Senator Trillanes (3%). On the other hand, non-support for any vice-presidential candidate is expressed by 11% of those belonging to Class ABC. In Class D, the top spot is occupied by President Duterte (18%) and Manila Mayor Domagoso (15%) while in Class E, the leading candidate for vice-president are Senator Pacquiao (17%), President Duterte (16%), former Senator Marcos (13%), Manila Mayor Domagoso (10%), and Taguig City-Pateros Representative Cayetano (9%).

If their first choice for vice-president withdraws from the coming national elections, nearly the same percentages of Filipino adults would instead support Senator Pacquiao (13%), former Senator Marcos (13%), Manila Mayor Domagoso (11%), Senate President Sotto (11%), or Senator Go (9%). The 2nd spot is shared by Taguig City-Pateros Representative Cayetano (8%), President Duterte (8%), Mr. Revillame (7%), Sorsogon Governor Escudero (7%), and former Senator Trillanes (4%). Other probable vice-presidential bets each obtain secondchoice voter preferences of at most 3%. The rest of Filipino adults are undecided about their alternative vice-presidential candidate/refuse to name their second choice for the post/are disinclined to vote for another vice-presidential bet in case their original candidate backs out of the elections. (Please refer to Table 4.)

Most Filipino adults (64%) already have a complete slate for the May 2022 senatorial election; Senator Emmanuel Pacquiao and Manila Mayor Francisco Domagoso share the lead as of June 2021 (54.0% and 53.7%, respectively)

With around 11 months to go before the May 2022 elections, 64% of Filipino adults are naming 12 of their preferred candidates for the Senate (i.e., out of a maximum of 12). Majority figures are recorded in almost all geographic areas (64% to 88%), with the rest of Luzon being the exception (47%), and every socio-economic grouping (59% to 74%). Furthermore, as of June 2021, Filipino adults are naming a mean of 10 and a median of 12 of their preferred senatorial candidates. Across geographic areas and socio-economic classes, mean figures vary from 8 to 12 while median figures range from 10 to 12. (Please refer to Table 5.)

Out of the 58 probable senatorial candidates included in the present survey, 13 have a statistical chance of winning if the May 2022 elections coincided with the conduct of the present survey. Most of the probable winners are either former or incumbent members of Congress. Sharing the top spot are Senator Pacquiao and Manila Mayor Domagoso (54.0% and 53.7%, respectively), who are tied for 1st to 2nd places. Meanwhile, four (4) individuals jointly occupy 3rd to 6th places – Davao City Mayor Duterte (47.7%), Mr. Raffy Tulfo (46.4%), Taguig City-Pateros Representative Cayetano (46.0%), and Sorsogon Governor Escudero (45.6%). (Please refer to Table 6.)

The overall voter preference of former Senator Marcos (39.7%) puts him in 7th to 8th places while Antique Representative Loren Legarda (38.8%) finds herself in 7th to 9th places. With the support of 35.7% of Filipino adults, Senator Lacson has a statistical ranking of 8th to 11th places. Completing the list of possible winners in the senatorial race are Mr. Willie Revillame (34.8%, 9th to 11th places), former Senator Jinggoy Estrada (33.3%, 9th to 13th places), Senator Juan Miguel Zubiri (30.6%, 11th to 13th places), and former VicePresident Binay (30.5%, 11th to 13th places).

Indecision on the matter of whom to elect as senator in the coming national elections is expressed by 1.8% of Filipino adults. In addition, 3.3% refuse to name their preferred candidates while 1.4% are not inclined to vote for any senatorial candidate.