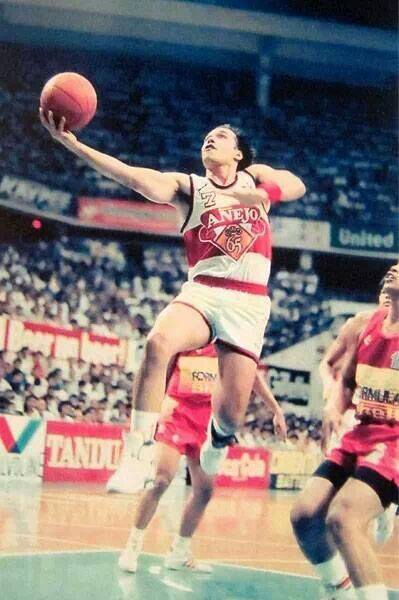 To a generation of basketball aficionados, both admirers and haters, he was “Jawo.” He belonged to that elite group known and familiar to every citizen by a single name, like “Erap" or “FPJ.”

Those who followed, even fleetingly, Philippine basketball from the 60s to the 90s would find it hard to escape the legendary presence of Robert Jaworksi, Sr.

He was both loved and reviled, especially by fans of rival basketball teams. I was in high school in the mid-70s, during the mythical rivalry between Crispa and Jaworski’s Toyota. Since this was Pasig, home of the Crispa factory, the guys in the class were all Crispa fanatics, up to the last pimpled, squeaky-voiced runt. The girls gravitated to Toyota, mainly because of Jaworski and Francis Arnaiz. They were tisoy players matched against the kayumanggi, salt-of-the earth ballers of Crispa.

But while we rooted for Crispa, we simply can’t help but admire Jaworki’s charisma and bravado. He may be tisoy, but his on-court demeanor was barako.

Sports writers later took to calling him “The Big J” and much later, “The Living Legend.” To a generation of basketball aficionados, both admirers and haters, he was “Jawo.” He belonged to that elite group known and familiar to every citizen by a single name, like “Erap" or “FPJ.”

My conversion from hater to fan happened much later, at the height of Ginebra’s famed rivalry with Alaska and Purefoods. We were by then living in a walk-up apartment building for UP faculty. You know it’s game night when almost all male residents would be indoors. All the TV sets were glued to the game. Whoops and hoots came in unison, oozing from windows on every floor, giving the entire apartment building the vibe of a single organism. Win or lose, we would all repair to the common area downstairs after each game. In between swigs of beer, we would recount the entire game - each play, each nail-biter shot - to one another. We would celebrate the wins, and drown our frustrations over the losses. We were Barangay Ginebra.

An article in the TV 5/ESPN website sums up Jaworski’s career in statistics:

“Over a playing career that spanned a league record 23 seasons, his numbers were a pretty good 12.2 points, 5.6 rebounds and 6.1 assists in 958 games. He logged over 11,000 points, 5,000 rebounds, 5,000 assists and countless karate chops. He was the MVP in 1978, when he nearly averaged a triple-double for Toyota, the team he helped lead to nine PBA championships. He was a combo guard before the term was invented. As a playing coach he won four titles for Añejo/Ginebra/Gordon's Gin, and as a head coach he piloted the Philippines to an Asian Games silver medal.”

Jawo turned 75 on March 8. To mark the occasion, a sports channel gathered his contemporaries to talk about the Man. All agreed he had no signature moves, but he had leadership and charisma.

I would add to that an intense, rough, colorful presence on court that resonates with the common man. It is how Pinoys play ball on the street and in the game of life. Jawo’s never say die attitude - later adopted as the mantra for Ginebra - fits into the Filipinos’ eternal love for the underdog, and fuels our courage to struggle on. That’s the stuff of legend. - JS