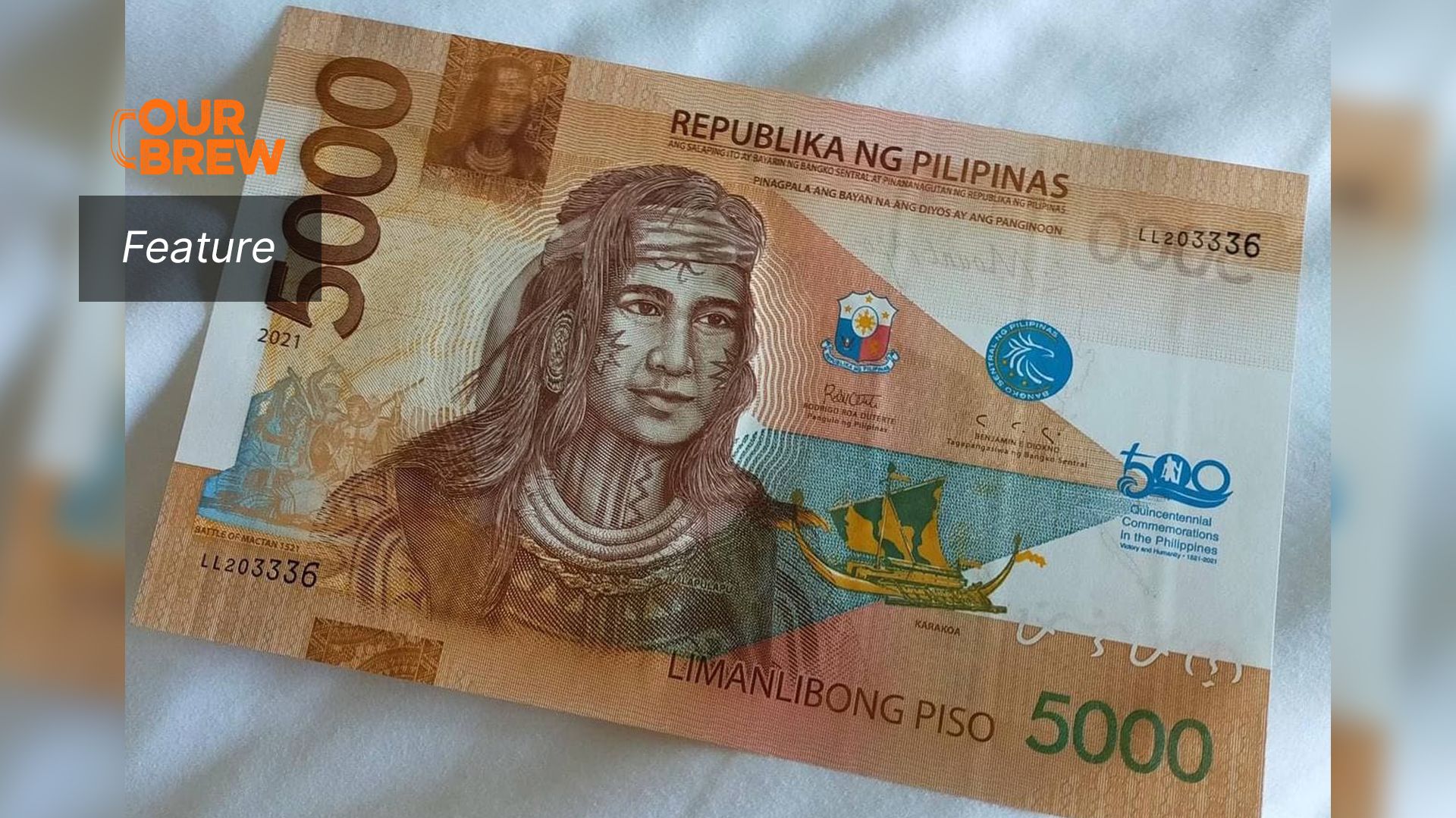 By The National Quincentennial Committee

May is National Heritage Month and its 2021 theme takes inspiration from the 2021 Quincentennial Commemorations in the Philippines' theme Victory and Humanity.

Lapulapu's memory is part of what our forebears bequeathed to us--it can be in a form of history (through verifiable accounts), perspective (like how he was celebrated by the founders of the Filipino nation in 1898), or folklore (stories engendered through generations owing to lack of historical details).

We identify with him and acknowledge him as ours. He is part of our consciousness, our imagination, our pride, our being, our becoming.

The National Quincentennial Committee features the 5000-piso Commemorative Banknote. Its design teaches not just about the towering personage of 1521 that is Lapulapu but our pre-colonial history as well.

The blurb of Bangko Sentral ng Pilipinas at the back of the special folder reads "The quincentennial is an opportune time to promote appreciation of the world of our pre-colonial ancestors such as their way of life, worldview, and belief system based on historical sources. Understanding them helps us discern the process of our becoming and being Filipino."

The Fall of the Dictatorship

The Pandemic and its Toll on Mental Health