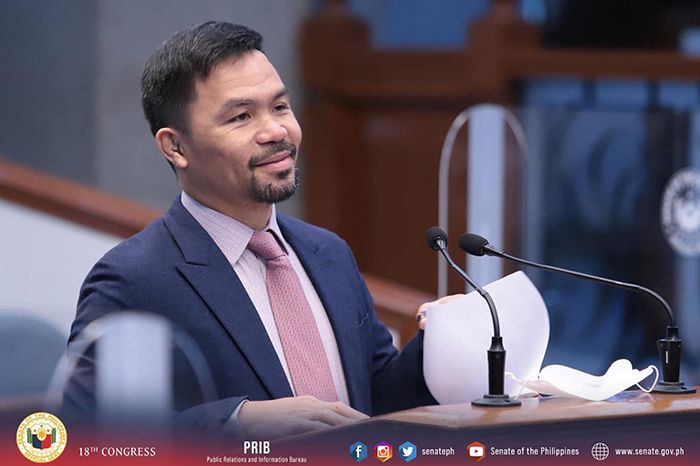 The ruling PDP-Laban is now in disarray after Senator Manny Pacquiao, acting party president, threw fighting words in the direction of Energy Secretary Alfonso Cusi, the party’s vice president, for supposedly prioritizing politics during this pandemic.

It was Cusi who reportedly organized a meeting where some 30 party members signed a resolution urging President Duterte to run for vice president. The meeting was called without the knowledge of Pacquiao.

For Pacquiao, who is also eyeing a presidential run in 2022, this slight could not be left unpunished.

In a press conference March 12, the boxer-turned-senator only had strong words for the Energy Secretary.

Pacquiao also issued a warning to the party members who attended Cusi’s gathering and signed the resolution.

Pacquiao disowned the resolution, and maintained that the ruling party is not giving priority to the elections at this time.

Unless resolved quickly, PDP-Laban may break up over who should be the party’s presidential candidate. This is not uncommon among political parties. In 1991, then Defense Secretary Fidel V. Ramos broke away from the ruling Laban ng Demokratikong Pilipino after he failed to get the party’s nomination for the 1992 elections. He formed the Lakas-NUCD and won.

Pacquiao has his own supporters within the party, and the show of force by Go’s followers may goad them into making their presence felt. But such muscle-flexing, should it happen, may trigger another group said to be supportive of Davao City Mayor Sara Duterte to also come out in public.

As for Go, the President, in a speech in Negros Oriental, announced that his former aide had asked him to say that the senator wants to be president, a remark the senator described as a joke.

In a Facebook post, Go disavowed any plan to run for president, but added he could change his mind if Duterte runs for vice president.- JS