May is the Month of Super Moms 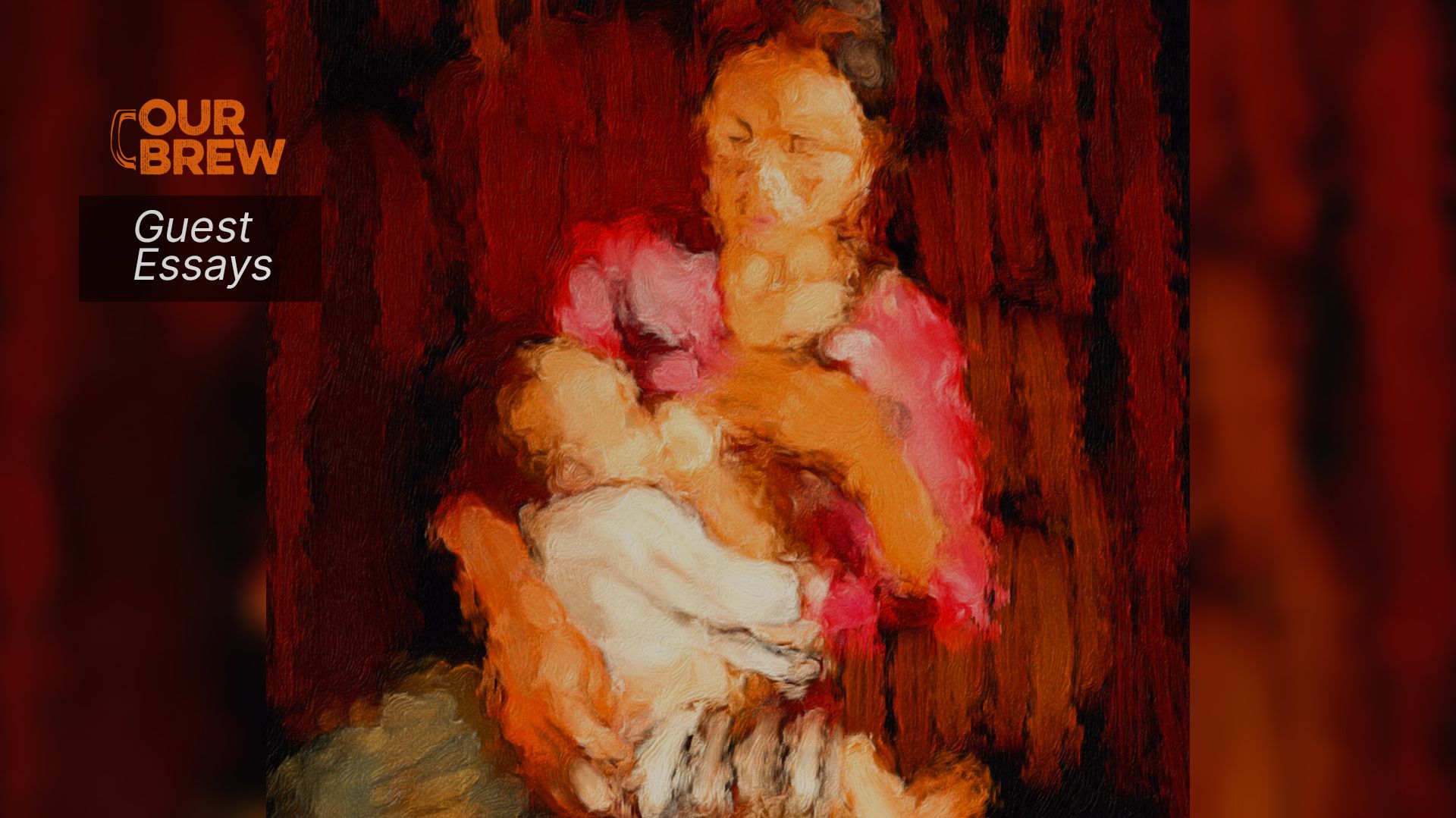 ‘Of course, everyone else deserves to designate the birthday of his or her mom as Mother’s Day. In fact, I would propose that every single day of the year should be celebrated as Mother’s Day’

Whenever I see an expectant lady, heavy with God’s heavenly load, my heart melts and I am overcome with admiration for mothers.

How can anyone fully put into words the love, patience, sacrifices and heroism that a mother offers to her child - from carrying the baby in her womb for months to seeing the child through adulthood? Indeed, no ordinary person can match the superhuman qualities of a mother.

On May 10, 1908, Anne Jarvis, a copywriter, sent 500 white carnations to Andrews Episcopal Church in her hometown of Grafton, West Virginia in honor of her late mother, also named Anne. She also held a celebration in Philadelphia, Pennsylvania, where she lived. That marked the first observance of Mother’s Day in America.

On May 9, 1914 President Woodrow Wilson signed a proclamation designating the second Sunday of May as Mother’s Day. This year, Mother’s Day falls on May 9.

The Philippines used to celebrate Mother’s Day  on the first Monday of December by virtue of an official proclamation by Governor-General Charles Yeater due to the initiative of the Ilocos Norte Federation of Women’s Clubs.

However, in the early 1980s, the Philippine Retailers Association (PRA), comprised of the country’s major department stores, decided to honor mothers on a more internationally-recognized day (and, in the process, created an occasion for gift-giving).  The PRA, headed at the time by Sammie Lim of Automatic Center and Blim’s, and Bing Limjoco of Alemar’s, brainstormed with Lito de Joya, president of Lim’s ad agency, JMDC, on how best to promote Mother’s Day in May.

I was called in to help, because I was CEO of Alemar’s ad agency, Advertising & Marketing Associates (which also happened to be a sister company of JMDC). I suggested the acronym, “MOM - May, the Month of Mothers.” To enhance its appeal, I also suggested applying the acronym to “The Month of Mary,” because the traditional Flores de Mayo or May Flower Festival is dedicated to the Blessed Virgin Mary, Mother of the Church.

Throughout the month of May, Bing Limjoco and I made live TV appearances promoting MOM and the second Sunday of May as  Mother’s Day.

To be frank, I believe that MOM should be celebrated in April and in September. These are the two months when heaven gifted my life with the two greatest mothers in the world. My mother, Marcelina Babiano Makabenta, and my wife, Josefina (Gigi) Nobleza Macabenta.

Of course, everyone else deserves to designate the birthday of his or her mom as Mother’s Day. In fact, I would propose that every single day of the year should be celebrated as Mother’s Day.

How else can we express our appreciation for these remarkable specimens of womanhood?

In my book, Confusions of a Communications Man, I devoted one whole chapter to Nanay, entitled “A Super Mom.”

Whatever, I have become in life, I owe mostly to my mother. My father, Eduardo, was an intellectual. He wrote poetry in Spanish and Binisaya, the language of Leyte and Samar. To him I owe my brains and whatever creative gifts I may have.

But it was from Nanay that I got the will to overcome every obstacle and roadblock that I encountered along the way. She not only trained and encouraged me, she literally bore the burden with me.

Nanay was in her teens when she met my father, a widower in his late 40’s. He was a Justice of the Peace and  one of the leading lights of Leyte-Samar literature. He also had six grown children (a seventh had died) The eldest, Wilfredo, was older than Nanay.

Marcelina Babiano had been raised in a farming town of San Miguel and had not even finished high school. But she had high hopes for her family and her five children (a sixth had died in infancy).

She even enrolled in first year high school and was my classmate, as well as that of my eldest brother, Benjamin.

But Nanay’s upward strivings were not for herself, but for us, her children. Nanay decided that the only girl, Evangeline, would become a doctor.

How she managed to do it, was a test of dogged determination and spunk. Nanay borrowed from every friend or relative of means, to get my sister through medical school.

Miraculously, she succeeded. My sister became a doctor and was among the first batch of Filipino medical practitioners to work in the US.

But that was not all. Nanay persuaded Tatay to relocate the family to Manila, upon his retirement from the government - because she wanted to give us, the four boys, the break that she felt we could not get in Tacloban.

In Manila, she decided that a younger brother, Vicente, should be a doctor too. Nanay also prodded me to apply as a radio talent at the time that I couldn’t even speak Tagalog. She bought copies of Liwayway, Tagalog Klasiks and Pilipino Komiks and coached me to untangle my Waray-Waray tongue, She never mastered Tagalog - but I learned enough to land roles in Tagalog soap operas and write Tagalog movie screenplays

Nanay also arranged an interview with the publisher of the Manila Confidential and got me hired as a cub reporter. That kicked off my journalism career,

Vicente became a doctor and my two other brothers, including the youngest, Arturo, all finished college. I was the only one who did not. But I dropped out for many other reasons, including fighting with the prefect of discipline at University of Santo Tomas.

When Nanay passed away at 81 in 1995, I wrote a tribute to her in my column in Business World.”You can do it!” was Nanay’s mantra, long before Nike introduced its slogan, “Just do it!”

Indeed, my mother was Super Mom. But so is my wife.

For the same reason that my parents decided to relocate the family to Manila for the breaks that the big city offered, Gigi and I decided to send our four children to the US to study.

The  difference was that I could not join them in Maryland, where we had bought a house at the urging of my sister. I had a successful advertising career in the Philippines, as president and CEO of a major ad agency, on top of writing screenplays and writing a column for the country’s leading business daily.

Besides even when I was in the US for brief  periods, I had to stay in California, where we had set up a branch of our agency.

For the sake of the children, Gigi agreed to take on the burden of being a mother and a virtual father.  She became housemaid, cook, laundry woman, driver, tutor and chaperon for two kids in high school and two in college.

She also had to squeeze the juice out of the limited dollars I sent her from my salary, which was in pesos.

But my wife is no ordinary person. Even in Manila, she was driver, tutor, and disciplinarian of the household, bringing lunch to three kids at Colegio San Agustin and to the eldest at Don Bosco.

But life in America was different. She had maids, nannies, a driver and relatives in Manila. She had none of that in the US.

The time came when I had to choose between my career and my family. It was a no-brainer. As a result, Gigi and I literally had to start from scratch in America.

Miraculously, the children all finished college. They have also built successful careers, have gotten married and are raising their families. Christina, the only girl, has become a Super Mom for Lawson Gray. So are the mothers of our other grandchildren. Kathleen for Vegas and Cerise. Anne Marie for Max and Sofia. And Vicky for Derick (although in his case, Gigi is also Super Grandma, because he lives with us).

How lucky can we fathers get? Happy Mother’s Day Super Moms!