Mermaids in Japan – From Hideous Harbingers of Violence to Beautiful Enchantresses 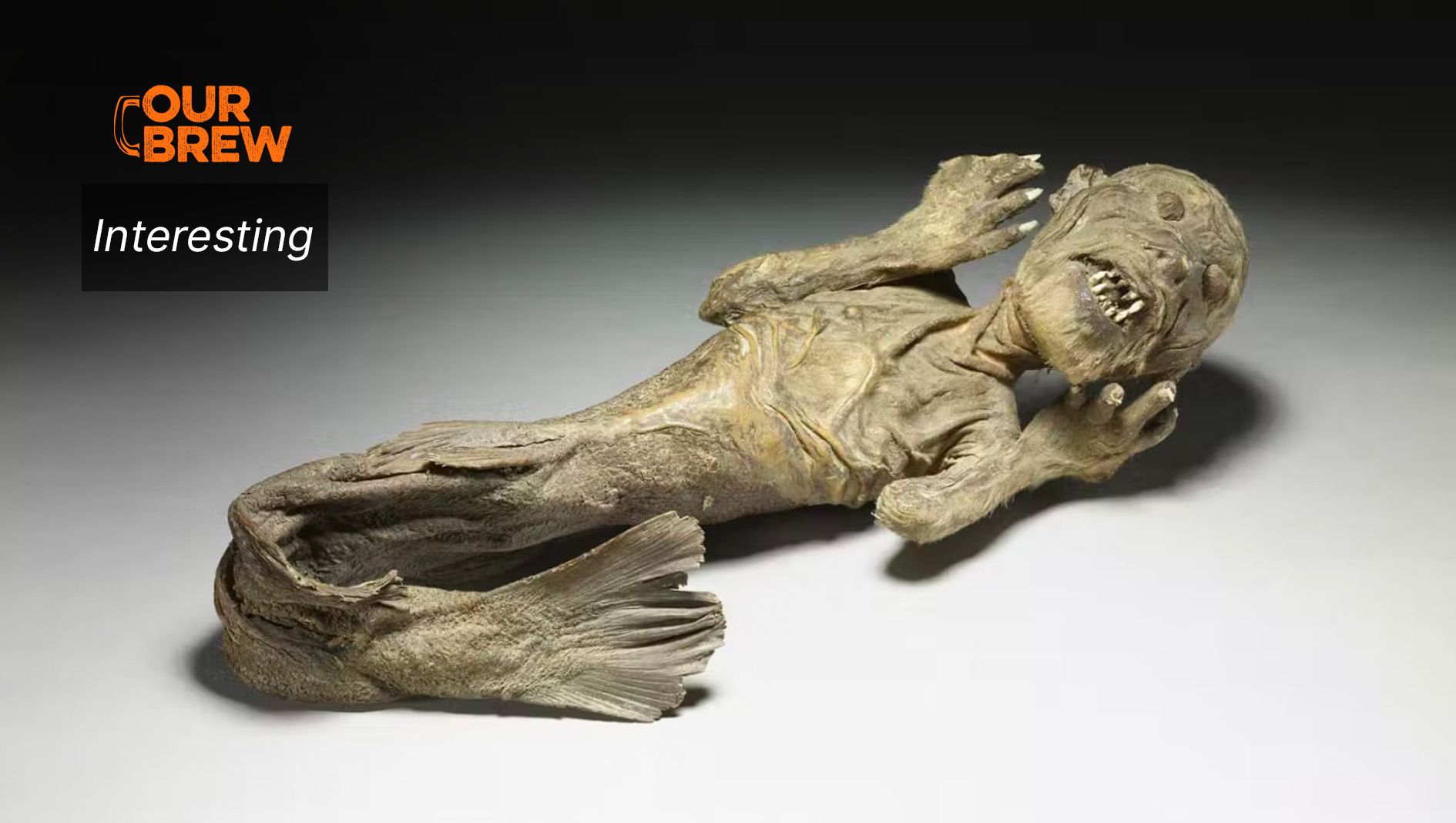 A mummified mermaid relic featuring the upper part of a monkey’s body and a fishtail from The British Museum similar to the one currently being researched.The Trustees of the British Museum, CC BY-NC-ND


A report that scientists have begun tests on a 300-year-old “mermaid mummy” to identify its origins, has stimulated an interest in the existence of mermaids in Japanese folklore.

Tales of mermaids and their more dangerously seductive siren sisters, are firmly entrenched in cultural mythologies of many regions and can be found in medieval art and contemporary popular literature the world over.

In Japan, elements of belief and myth linked to the natural world have endured from prehistoric times as an important part of culture and tradition. But the mermaid, as imagined in the western psyche, does not appear in these accounts.

In Japanese folklore, there is a human fish creature with the mouth of a monkey that lives in the sea called a ningyo (the word in Japanese is composed of the characters for “person” and “fish”). An old Japanese belief was that eating the flesh of a ningyo could grant immortality.

It is believed that one such creature appeared to Prince Shōtoku (574–622) at Lake Biwa, north-east of Kyoto. A semi-legendary figure, Prince Shōtoku was revered for his many political and cultural innovations, most notably for encouraging the spread of Buddhism in Japan. The creature was once a fisherman who had trespassed to fish in protected waters, as punishment he had been transformed into a ningyo and with his dying breaths called upon the prince to absolve him of his crimes.

The mermaid asked the prince to found a temple to display his horrible, mummified body to remind people about the sanctity of life. Remains matching the description of a ningyo can be found in the Tenshou-Kyousha Shrine in Fujinomiya where it is cared for by Shinto priests.

Accounts of mermaid appearances, though, are rare in folktales, and the creatures, rather than being objects of mesmerising beauty are described as “hideous” portents of war or calamity.

The “dried mermaid” currently undergoing tests was allegedly caught in the Pacific Ocean, off the Japanese island of Shikoku, between 1736 and 1741, and is now kept in a temple in the city of Asakuchi. Examination of the mermaid has led researchers to believe it is a relic from the Edo period (1603-1868). It was common for Yōkai (spirits and entities) and “living” scary creatures to be displayed for audiences as entertainment in travelling shows, similar to the “freak shows” in the US.

When did the mermaid become Japanese?

Mermaids in Japan today are no longer tiny clawed creatures with the torso of a monkey and the tail of fish. It would seem that the mermaid, as known in the west, infiltrated Japan at the start of the early 20th century. This coincided with an influx of American culture from army bases at the start of the first world war, as well as the publication of the first Japanese translation of Hans Christian Andersen’s The Little Mermaid.

Writers and illustrators, such as Tanizaki Jun’ichirō in Ningyo no nageki, The Mermaid’s Lament, 1917, began to feature this creature in their work. This led to the grotesque image of the ningyo being superseded or merged with an alluring, clearly feminine mermaid known as Māmeido, in popular culture.

Literary and visual representations (particularly anime and manga) of the newly westernised mermaid have explored the dilemma of enchantment. These have included perspectives of the mermaid herself and, in some cases, the person, generally male, who has discovered her existence, bonded with her, then is forced to let her go.

This new mermaid now appears to have a place in popular culture, with new tales that attract tourists to the southernmost islands of Japan. The bronze statue of a mermaid, sitting forlornly on a rock on Okinawa’s Moon Beach, is supposed to represent local legends of beautiful mermaids rescuing people from the depths of a menacing sea. This is a far cry from the ghoulish image of the ningyo, the half-human fish with a monkey’s mouth.