No to the Death Penalty... But 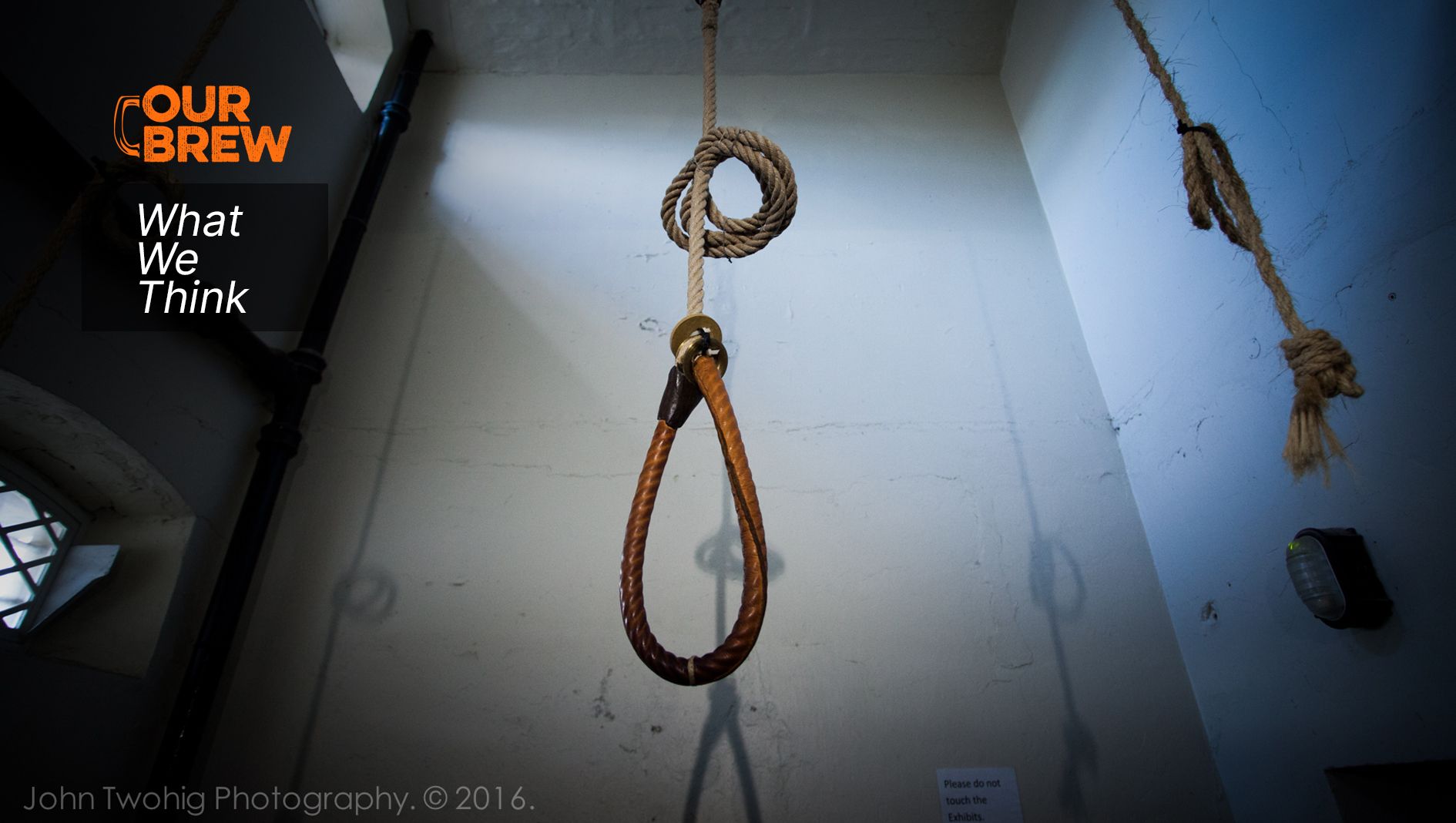 Capital punishment, or permission for the state to legally extinguish lives, is stronger in countries or cultures meagerly developed or immature.

It could be said that the more incapable and the more incompetent of governments prefer keeping it around as the whip with which to threaten the disobedient and the delinquent. When leaders fail to manage society with education and governance, the recourse is capital punishment.

It is regarded as a sign of progress of the human race that more and more countries now manage criminality without asphyxiation, stoning, crucifixion, immolation, lethal injection, gallows, electric chairs or firing squads.

"When Amnesty started its work in 1977, only 16 countries had totally abolished the death penalty. Today, that number has risen to 108 – more than half the world’s countries. More than two-thirds are abolitionist in law or practice," so says the AI website.

The current discussion on the death penalty was set in motion by legislators who want to gift the new government the permission to tighten its grip in the hope that it lowers the crime rate. But does capital punishment even work as a deterrent? As pointed out by the Philippine Star's editorial on the matter, "those who argue that death is not a deterrent to crime point out that the illegal drug trade has persisted – as admitted by former president Rodrigo Duterte himself – even after the killing of over 6,000 drug suspects by the police since July 2016".

That is a question best left to research, to science and to the experts.

The strongest argument against the death penalty is that it is imposed only on the poorest of the poor, on people who pilfer so they can provide. They are the already neglected, and they are people who cannot imagine requiring shelling out for legal assistance.

Here and elsewhere, there have been instances where the innocent are deprived of liberty and life. The US has cases of sentences reversed by DNA tests, many after the falsely convicted were executed. Even where the justice system is considered adequate, innocents die. imagine what happens when the justice system is as flawed as ours.

If the prevailing winds of politics decree that we must bring back this medieval way of controlling subjects, we must ensure that there will be no one executed wrongly.

We can create the perfect conditions for the death penalty to exist palatably.

The proposition is that we gradate the penalty for crimes according to the number of people affected or injured. I realize that that would make the electric chair, or whatever means is deemed acceptable by present norms, almost exclusive for the wealthy. But that’s alright; they can afford the best and most influential legal protection.

At the moment, the poor populate our jails. If we categorize punishment by cruelty to one's neighbor and number of neighbors, the death penalty will affect only the prosperous and powerful, that privileged narrow slice of society.

Consider the crime of economic sabotage

The hoarding of rice and sugar to increase the price; illegal recruitment, risking the lives of overseas workers; money laundering, smuggling, drug manufacture and large-scale traffic, ponzi schemes and multi-level scams affect many and the mostly destitute. Stealing hope from those hanging on by hope deserve worse than life behind bars, and worse than a gentle putting to sleep with pancuronium bromide, potassium chloride, midazolam.

The decision of reclusion perpetua from a regional trial court, the first stage in our sloth-like justice system, in a country where the sentence has a non-negotiable maximum of 40 years (less time served?) is hardly satisfactory. Look at the uncensored massacre photos once more, listen to the testimonies, and see if your mouth can form the words, "justice has been served".

Singular in shamelessness and greed, it is an instance where we could justifiably wield the broadsword.

When Suharto was president, the scuttlebutt was that his wife, Tien, would skim off all projects, and so the Indonesian people referred to her as "Madame Tien Percent".

In the Napoles scheme, the legislators and the operators took for themselves, not a sliver, not a slice, not a percent, but 100 percent. The whole kit and caboodle. Nothing needed to be set aside because the causes and projects were concocted. There were three lists naming many legislators, many yet to be confronted. And it is said that Napoles was not the only operator.

I daresay it is biblical: Jesus exhibited prejudice for the impoverished, preferential treatment for the least amongst us -- call it a fatherly forbearance, and unabashed anger and impatience with the rich and the uncaring.

The drunkard who manages to kill his drinking partner because of some forgettable spat can get a year or two of dungeon time, and the man who fleeces poor people of hard-earned money in a multi-level marketing scheme, or the landlord who enslaves generations can get to writhe and sizzle on the electric chair.

Sans the possibility that we may be executing the guiltless poor, then the impending reemergence, thanks to politics, of what you might call 'judicial killings' is more bearable.

In countries better managed, where rehabilitation is a desired goal, jails are more humane, many without bars. Denmark, Norway, and Finland topped The World Justice Project Rule of Law Index rankings in 2020. They happen to be countries where people are measurably happier (by the way, over the last five years, countries experiencing the largest average annual percentage drop in the rule of law were Egypt, Venezuela, Cambodia, Philippines, Cameroon, Hungary, and Bosnia and Herzegovina).

If we must accept the idea of capital punishment, may it be imposed only on the guaranteed guilty, on those with the wherewithal to gird themselves with the best legal protection money can buy.

The supreme court and all the good people of civil society will instinctively thumb this down as being unjust and discriminatory to a sector of society, but honestly, that's a detail, a remediable detail. The law can be formulated and presented to look simply like more vigorous protection for the poor: that government would have to jump considerably more hoops, move heaven and earth, to inflict the irreversible on the already disadvantaged. It will be capital punishment designed to be cognizant that "those with less in life must have more in law".

The death penalty does not deter crime; our justice system is expectedly slow, as anything ridden with political malice is; it is unimaginable that the rich will create a guillotine solely for their necks; and there is no hope that any legislator will betray his class and propose such a bill.

But, hey, you never know.