Of Course We Will Survive 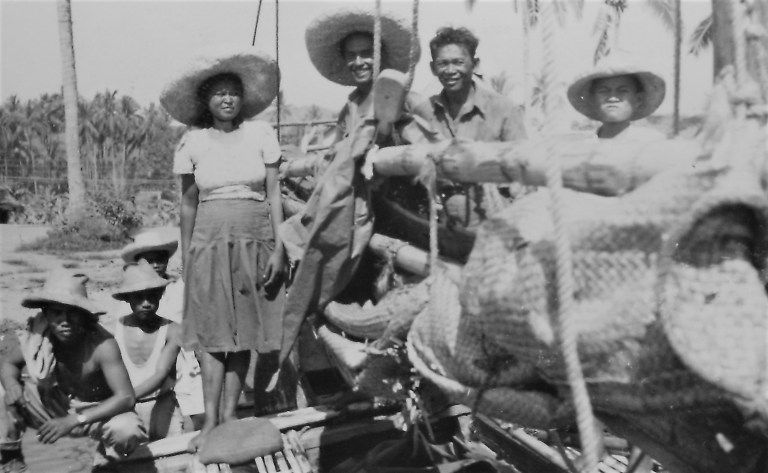 Photo: The Liberation of the Philippines /Odrowski Collection

Of course, the  past is always romanticized. But in the face of today’s harsh realities, perhaps we should try to recall the way our parents managed to feed us and enabled  us to survive. If they did it, so can we

The latest Bloomberg news on the status of the COVID-19 pandemic in the Philippines seemed to me like a doomsday report. I was, frankly, rattled and found myself asking knowledgeable folks to give me the facts, “sans political spin.”

But the facts can be as reassuring or as worrisome as one’s perspective - one  either sees the glass half empty or half full.

Allow me to provide a “survival perspective.”

I guess only those who were born before the outbreak of World War II and those who experienced the occupation of the Philippines by the Japanese imperial army (or those who are survivors)  will fully appreciate this piece.

I was born in 1939 at the cusp of these historic events. Thus, I saw the Japanese occupation through the eyes of a little boy, admittedly not fully appreciating or understanding the horrors of the war years.

But I think my limited recollections will suffice in the context of today’s COVID-19 crisis.

Death from the  virus? During the Japanese occupation, people were not only liable to lose their lives - they could also lose their heads.

Lockdown? During the occupation, our movements were limited. Whenever we encountered Japanese soldiers on the street, we had to bow and greet them -  ohayo, konnichiwa, konbanwa - or risk being slapped.

We had none of the appliances and thingamajigs that today’s generations consider essential to their existence. No computers. No smart phones. No refrigerators. No TV. No electricity. No supermarkets, grocery stores or department stores. No malls. No social media. And no money.

In Tacloban, Leyte where I was born, families had  to learn to live off the land, as well as the rivers and the sea that surrounded our island.

The Japanese made it mandatory for every household to grow its own vegetables. Those that did not have land had to plant vegetables in flower pots mounted on window sills and the balconies. We were also expected to raise poultry and tie a pig or a goat under the house.

In other words, every household was expected to be self-sufficient.

We had to stick together, work together, look for food together - and, of course, enjoy what little we had together.

But, most of all, we had to keep hoping together. My parents never lost hope for a better tomorrow. My mother recounted an incident that illustrates this.

While my eldest brother, Wilfredo, was a guerilla captain, his fellow resistance fighters decided to interrogate my father because he was an interpreter in the capitolyo. They also decided to ask me - I must have been two or three years old - what tatay had said about the war, perhaps believing that a child would tell the truth.

According to nanay, I told the guerillas that tatay had assured us that the Americans would surely liberate us and everything would be fine again. Tatay was never bothered after that.

I recall helping feed the chickens and the pigs under our house in Tacloban and in the farm in my mother’s hometown of San Miguel. I also recall helping catch fish in the river, as well as ulang (crawfish) in the stream in the back of our farm house.

During the harvest season, I recall watching the young men and women pounding rice in pestles and making pinipig. And fruits were always a-plenty. We kids would raid the orchards of our grandparents and aunts, stuffing our pockets with star apples, santol, guyabano, and bayabas (guavas). And, of course, the silot or buko (young coconut) that was always available for the asking.

And on weekends, my kid brother, Vicente, and I would hike in the hills around Tacloban to shoot down birds with our slingshots. Or we would go to the pier to fish.

Were we ever on the verge of starvation or hunger? Perhaps I was too young to appreciate the difficulty of scrounging for our daily sustenance - but I don’t recall missing any meals.

I can also distinctly remember sipping tinolang isda, in lieu of hot coffee, early in the morning after the paraws brought in the fresh catch from the sea. We had no inkling of instant coffee then. But  I cannot forget  the tsokolate that nanay would prepare for us with the cacao beans from the farm.

I also cannot forget waiting impatiently for the lechon to be fully roasted, during fiestas and special occasions. My playmates and I could not resist slicing off a piece of balat (roasted skin) when the elders were not looking. Unlike the folks in Luzon who eat lechon with sarsa, the Visayan version of lechon has the pig stuffed with herbs (tanglad), and consumed by dipping the succulent meat in suka (vinegar) and garlic.

And in the kitchen, nanay and her nieces and cousins would wrap the suman, cook  the biko and prepare other delicacies, while we kids hovered around, filching whatever we could.

Of course, the  past is always romanticized. But in the face of today’s harsh realities, perhaps we should try to recall the way our parents managed to feed us and enabled  us to survive. If they did it, so can we.

In Leyte, the sea and the rivers are still waiting to be tapped. The land is still there. And even in Metro Manila, there are still flower pots in which to plant vegetables and window sills on which to mount them.

Come to think of it, the yard in our home in Parañaque is wide enough for vegetable plots. We once had a house help, Pining,  with a remarkable green thumb. She would never throw away seeds from the fruits we consumed. In fact, even before we hired her, we had planted papaya and avocado in the yard, as well as a guava tree and nutritious malunggay.

My late father-in-law, Jose Nobleza, was a farmer, aside from being vice-mayor of Jovellar in Albay. He always   berated people who threw away the seeds of the fruits they ate. “You could have grown fruits,” papa would admonish.

My late mother-in-law, Asuncion, had a sari-sari store in Guinobatan and when we tried to persuade her to relocate to the US, she declined. “What will I do there aside from watching TV? Here, I earn my own keep."

And speaking of Albay, my wife and I once visited a house in a barrio, around lunchtime. The home owner hurriedly caught, dressed and prepared a chicken dish for us.

Our host was very apologetic for serving  us “only chicken.”

Said he, “If I knew you were coming, we could have bought sardinas for you.”

Indeed, no matter how severe the pandemic is, we can survive.