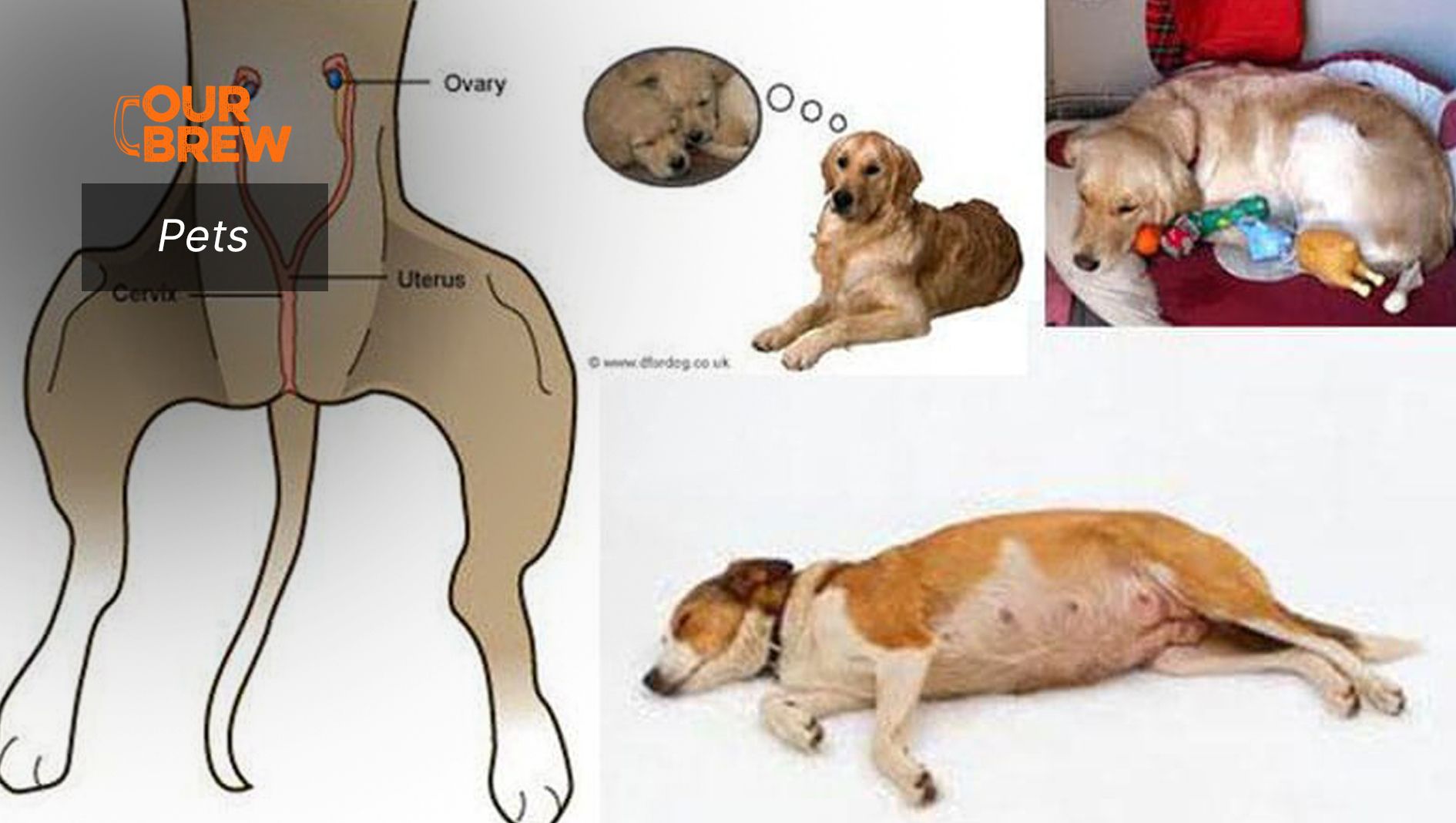 Three weeks ago, Milky, our dog, started acting strangely. She began to lose interest in food. She was quite antagonistic to nearly all of the other dogs we have on the farm, notably Coco, and she didn’t want me to move or touch her bed. And she had a special affection for Gizmo, a five-month-old puppy that we have here. That pup belongs to Coco.

After a few days, we noticed that she was getting bigger and her breasts were getting swollen. When we examined them closely, there was milk! Milky was producing milk even though she was not pregnant. We were so puzzled because even though she is not spayed, it was impossible for her to get pregnant. We had her inside the house at most times. And the only times she gets to go outside and meet the other dogs were when we take her out (with a leash) for her walk and her toilet time.

My daughter and I got so worried and so, as always, we researched about it. What we learned that made sense with Milky’s situation is that she has what is known as ‘phantom pregnancy’ or ‘pseudo-pregnancy’.

What is “phantom pregnancy or pseudo-pregnancy”?

The names “false pregnancy,” “phantom pregnancy,” “pseudo-pregnancy,” and “pseudocyesis” all refer to an unspayed female dog who exhibits maternal (mothering) behavior along with the physical symptoms of pregnancy after estrus (“heat”) but who is not actually pregnant. Regardless of the matter, whether a dog had mated or not, a fake pregnancy can nonetheless happen. After an estrus cycle, the majority of intact female dogs will exhibit some symptoms of an unplanned pregnancy.

Although it doesn’t always accompany an estrus, a fake pregnancy can happen at any age. Clinical indications might differ in intensity and duration not only from dog to dog but also from one heat cycle to the next in the same dog.

Signs and symptoms of false pregnancy

Four to nine weeks after the previous heat period, fake pregnancy symptoms commonly appear, and they resemble those of a real pregnancy. Lethargy, intermittent vomiting, fluid retention, and enlarging of the mammary glands, with or without milk production, are some of the most typical symptoms of pseudo-pregnancy. Dogs with fake pregnancies frequently have diminished appetites yet rarely seem to lose weight, most likely because of the excessive amount of retained fluid.

These symptoms can appear at any age and are not always associated with estrus. The intensity of the clinical symptoms differs from dog to dog and may change from one cycle to the next in a single dog.

Nesting, mothering behavior, restlessness, a decline in physical activity interest, and occasionally even hostility are examples of behavioral changes associated with pseudo-pregnancy. Some affected dogs will display fake labor symptoms before guarding toys or other tiny objects in a protective manner. (Purina Pro Plan, Signs of False Pregnancy in Dogs, 25 February 2022)

How to handle phantom pregnancies in dogs

Treatment is not necessary for mild false pregnancy cases, which usually go away in two to three weeks. It is possible to begin symptomatic treatment if the dog exhibits physical illness. This can involve taking antiemetics to reduce nausea and vomiting as well as anorexia, or taking diuretics to lessen fluid retention and mammary secretions.

The use of hot or cold compresses on the mammary glands may also be advised by your veterinarian in order to reduce swelling and the stimulation that encourages lactation. Your veterinarian could recommend sedatives or tranquilizers if your dog is acting agitated or aggressively. Hormone therapy may be necessary in rare, severe situations.

Another method to lessen lactation with false pregnancies is to wrap the dog’s mammary region in an elastic bandage and cut their food and drink intake in half for one day.

A T-shirt, cone, or inflatable collar may be required for dogs who are licking their nipples and causing them discomfort. Avoid touching or milking your dog’s nipples or mammary glands because doing so will increase the amount of milk they produce. (Purina Pro Plan, Signs of False Pregnancy in Dogs, 25 February 2022)

Future instances of fake pregnancy behavior may be avoided by performing a spay procedure, which involves surgically removing the ovaries and uterus. The ideal time to have your pet spayed is after all symptoms have totally subsided. If your dog has a spay procedure while displaying fake pregnancy symptoms, the symptoms may last for a number of weeks following the procedure.