Products are Children; Name Them Well. 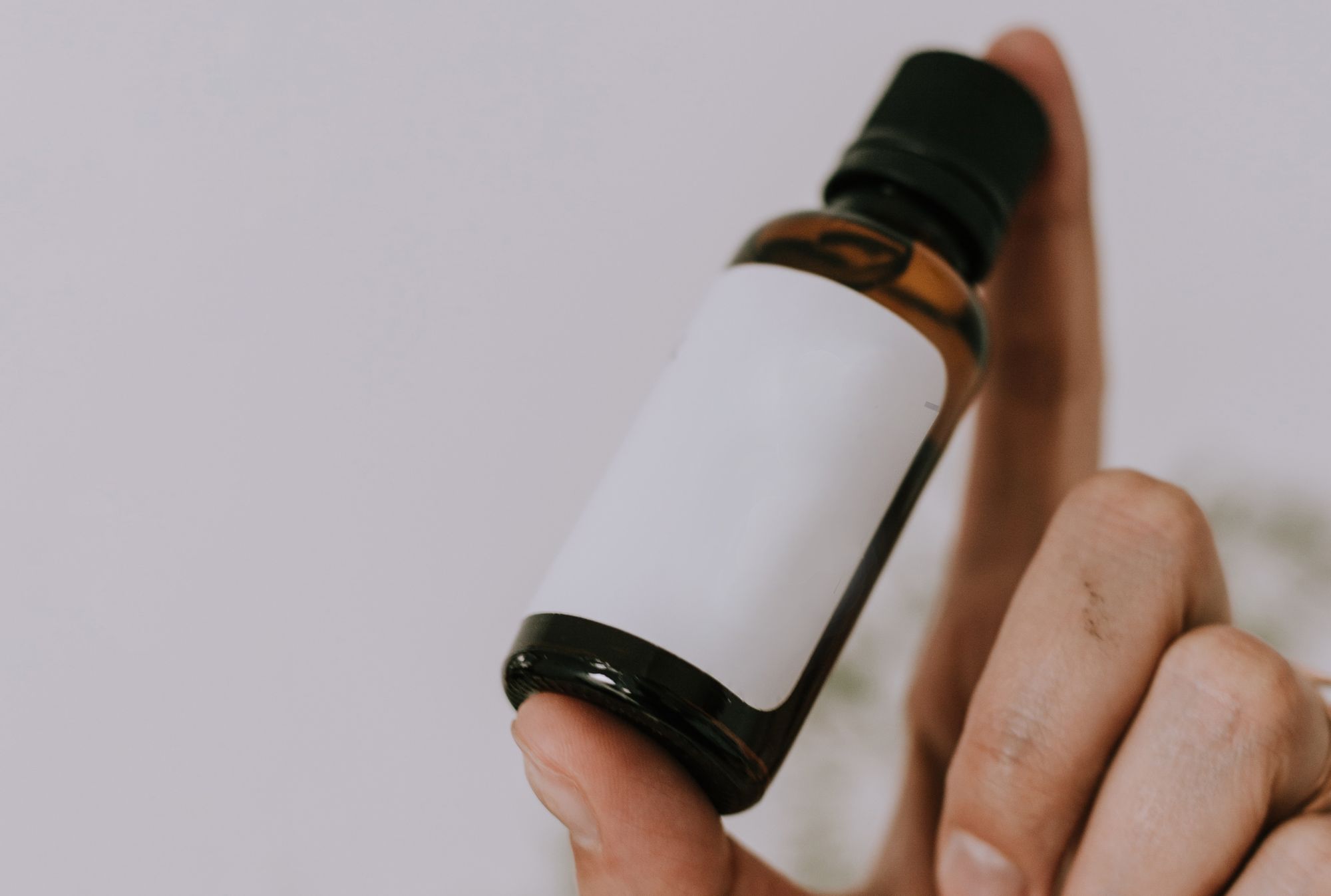 "How does the name sound when said and sung? On radio? Without visuals? Is it easy to say without music?"

We Handicap a Product when the Brandname is Poorly Thought of.

There used to be sense in the naming of children. If required by church, we choose the name of a saint, or, if you are old enough, you will remember instances when the church dictated; they picked the name out for you, or they denied you use of a name not of a saint.

If I were named ‘Vincent’ centuries ago, then it was prayed and expected that I would have virtues of being pro-poor, of being compassionate and generous. The naming itself had consequences. But I was named so because I was son to a man with the same name, thus a junior and because all six siblings and both parents have names starting with the letter V.

Now products are our children, and we desire for them what we hope to see of our children: that they become mature and successful and well-loved and respected, and that they be needed.

We handicap a product when the brandname is poorly thought of.

We all know classmates whose parents obviously had fun naming, combining names from both spouses. And we all know people whose names you’d swear you know ten similarly named. As there are products whose names are dull, nondescript, forgettable.

I don’t want to get into the science of brandnaming because there’s a lot of that on the internet. There are software and name generators that can help you along in the search for that forever name. What I can offer are caveats, druthers.

If I were an inanimate product sitting on a supermarket shelf and expecting to be bought, what is writ on my label -- how I was named -- has marketing consequences.

FIRSTLY, THE SENSE OF IT. A brandname must have the brand story, or, at least, insinuate it. My name means nothing other than being another V amongst other Vs.

Unlike many pharmaceutical companies, Wyeth was not a natural in consumer marketing. it was pharmaceutical in the sense that their names were born in the laboratory, syllables derived from ingredients or indications. While we had a great campaign for ‘Polymagma’, medicine for diarrhea, the name was a handicap.

How do you beat a diarrhea medicine named ‘Diatabs’?

We managed to make Wyeth’s ‘Robitussin’ (derived from the word ‘antitussive’, comprehensible only to doctors) the number one cough remedy in the market for a good spell, but we had to make a sidebar effort precisely to burn the name into the mind of the consumer. Better named, we wouldn’t have to bother.

Now compare ‘Robitussin’ and ‘Polymagma’ to Unilab’s ‘Allerin’ (an allergy medicine) and ‘Allerta’ (the brand name is the brand story), and ‘Bioflu’ for, well, flu.

In fairness, Wyeth does have the cleverly named Stresstabs, a label that lays claim to a modern-day malady. Of course it does pigeonhole the vitamin brand, allowing no leeway for adjusting to changing customer needs.

Our ’Hapinas’ was a TV comedy program we hoped would start the day with happiness during a dreary time in our country. ‘U-Turn’ was a television program about celebrities with dark pasts, and how they survived those “Goodbye, Cruel World” moments. Mom’s Radio was exactly that: a network of provincial FM stations dedicated to the concerns of mothers and women in general.

Recently I saw this brandname in the laundry business that promised speed — ‘Swosh’. Brilliant. Fruitas, I especially love; I actually wondered how a name so stark and simple was out there for the taking.

SECONDLY, HOW IT SOUNDS. I’d rather names did not contain consonants difficult for the Filipino tongue; no Vs, THs, Fs or PHs. ‘Vincent’ violates the rule. Being rare then, the name gave me problems: Everybody seemed hard of hearing in my youth; I remember being asked, “ano, ‘johnson’?” Life was considerably easier after Don MacLean’s tribute to Vincent Van Gogh.

The Asian tongue cannot manage two consonants in a row. I am reminded of this client, owner of a large food company, who, after reading our ad copy, frowned at the word 'snappy', and said, nearly, if not accurately thus:

"I don't like 'snappy', it is too long, it has three syllables," after which he proceeded to count them with his fingers: "is, nap, py."

Which is why Noli de Castro pronounces oil spill as "oyl ispil”.

THIRDLY, CAN YOU SING IT? How does the name sound when said and sung? On radio? Without visuals? Is it easy to say without music?

‘Ritemed’ is smooth, easy to utter, to work into a lyric or slogan: ‘may Ritemed ba nito?’

‘J. V. Ejercito’ cannot be sung, and so you remake it, reshape it, include it in the promise: ‘JV Good, JV good, JV is the good one’.

Someone said that naming a brand must be done with the same care as naming a baby. I disagree. A brandname is forever; it will, if successful, outlast its parents, and it must be developed with more care and judiciousness.

The best function for a focus group is to check for possible negatives. A few FGDs along the way will always be of value in the search for a great brandname.

THE CLOUT OF A NAME.

“Samboy Lim collapsed during an exhibition game with fellow PBA bigshots in November 2014. No one among his colleagues knew how to do basic CPR. The trip from Ynares gym to The Medical City took 26 minutes. He fell into a coma,” according to the Philippine Heart Association.

Ignatius Michael D. Ingles, bar topnotcher that year, proposed and wrote a draft law requiring schools to teach CPR. The effort languished in Congress until Darlene Berberabe suggested that it be dubbed ‘The Samboy Lim Law’. The nickname got everybody in both houses excited and supportive, for who would not want to be on board or associated with the Skywalker? The bill was filed by Sen. Juan Edgardo Angara and Rep. Yeng Guiao.

IT MUST HAVE YOUR STORY.

Let brands be your children, named with vision, allowed to blossom. Make the name make sense, make it easy to utter, and make it sing.

The author entered advertising after only a year of college, there he stayed for half a century, in various agencies, multinational and local. He became known for aberrant strategic successes (e.g., Clusivol’s ‘Bawal Magkasakit’, Promil’s ‘The Gifted Child’, RiteMED’s ‘May RiteMED ba nito?”). Vincent is chairman of Estima, an ad agency dedicated to helping local industrialists, causes and candidates. He is co-founder and counselor for advertising, public relations, and crisis management of Caucus, Inc., a multi-discipline consultancy firm. He can be reached through vpozon@me.com.

This article was first published in the Manila Times. 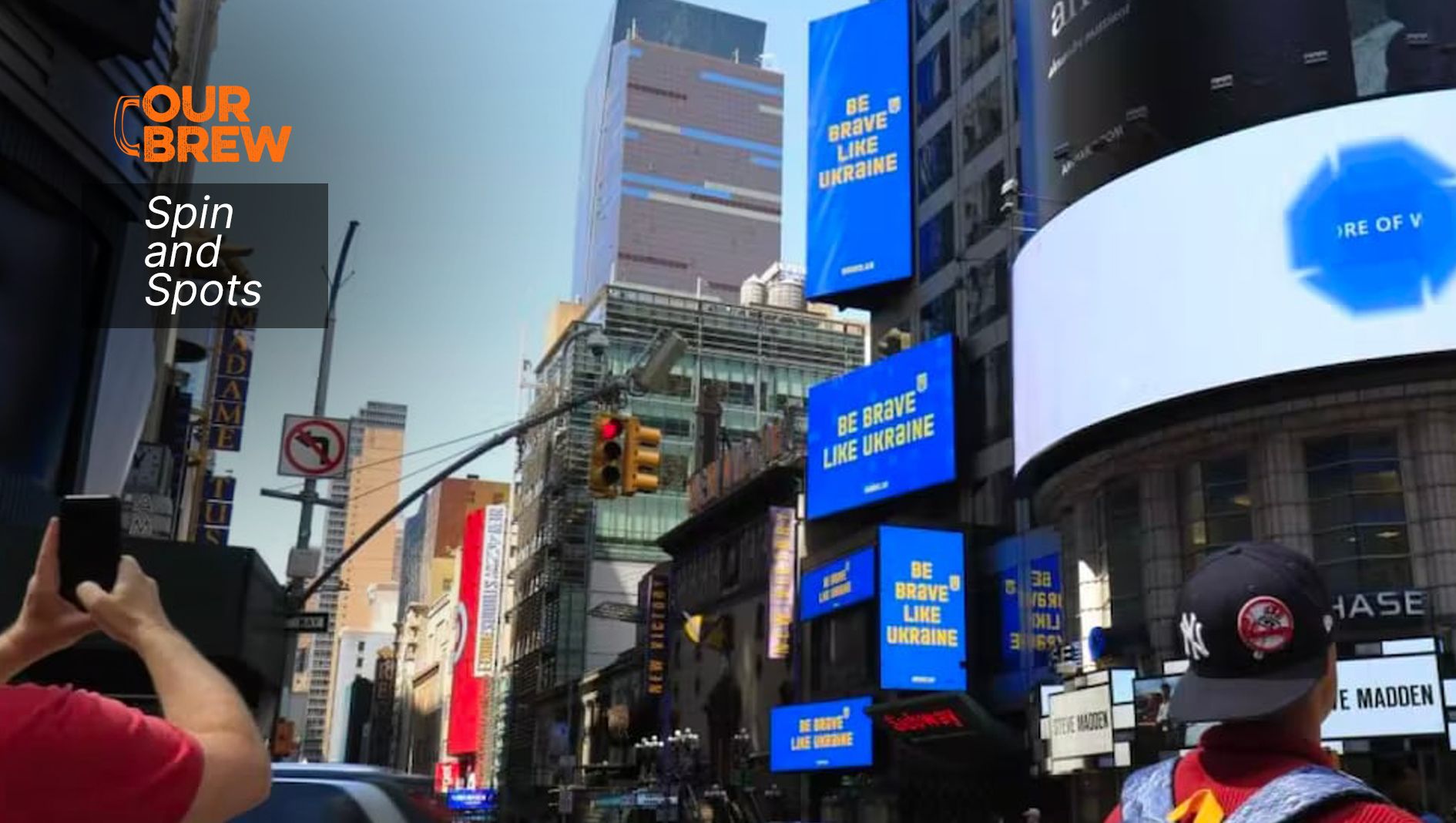 With ‘Bravery’ as its New Brand, Ukraine is Turning Advertising Into a Weapon of War 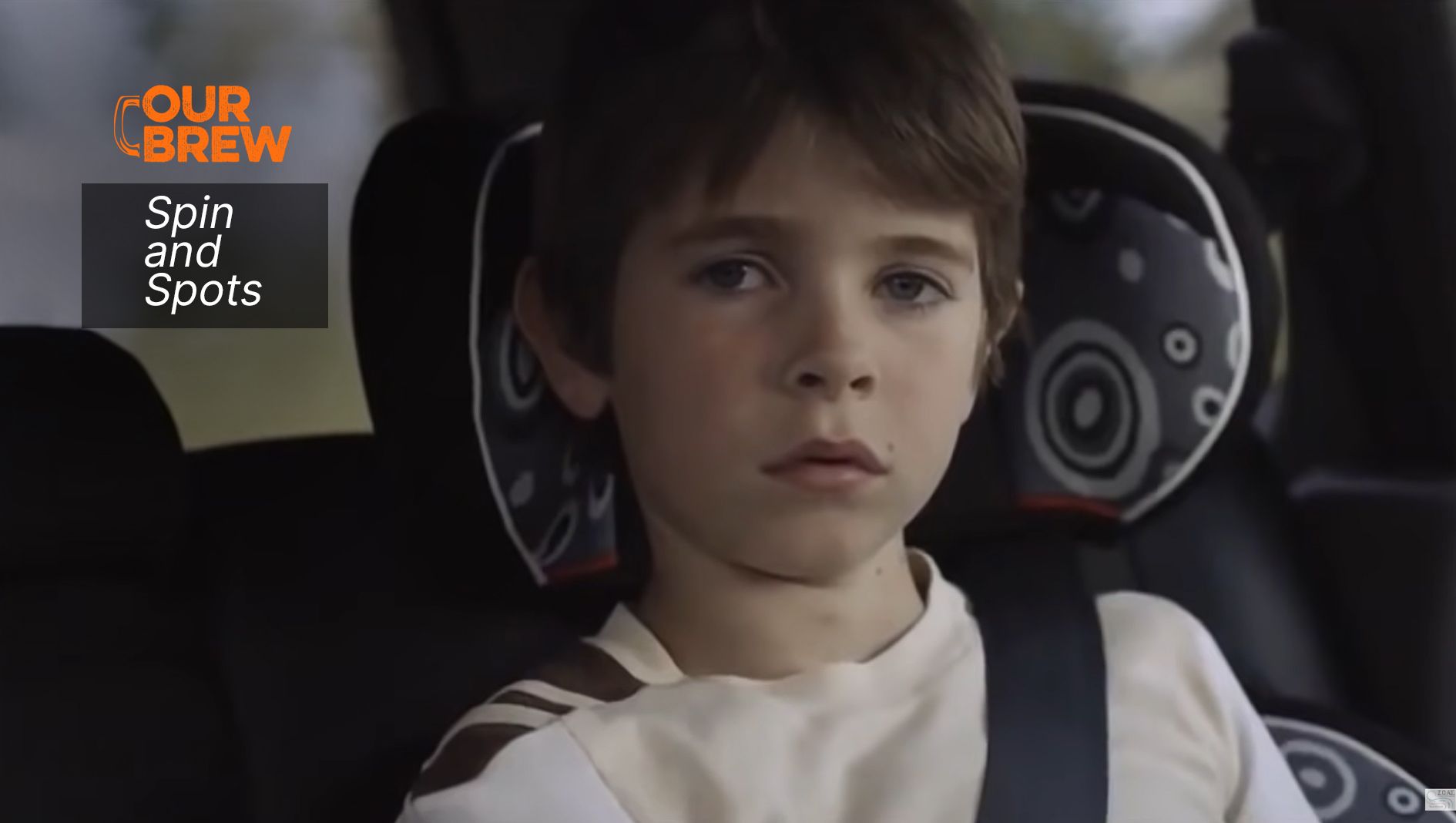 Preventing Accidents without Being Offensive 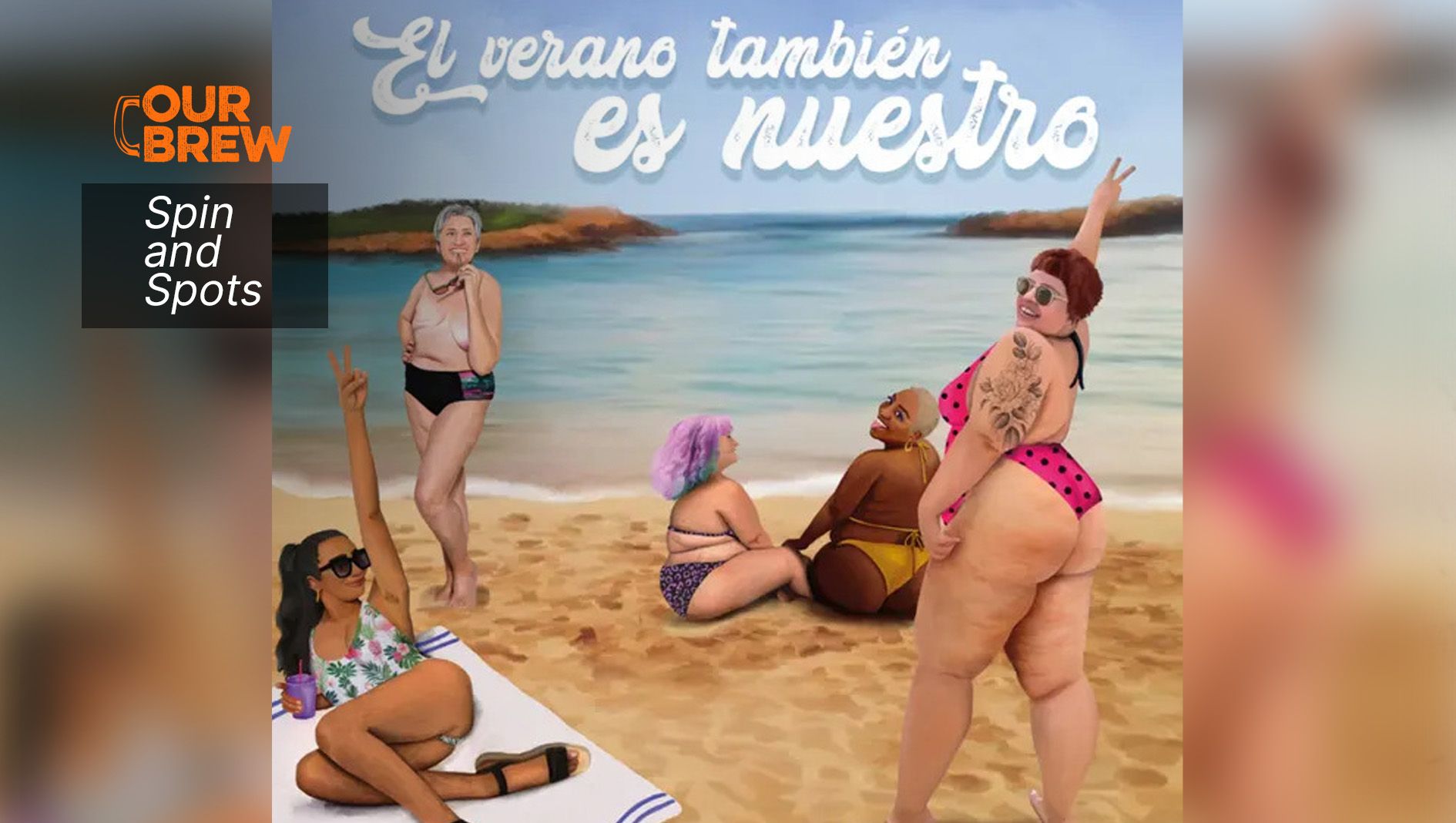