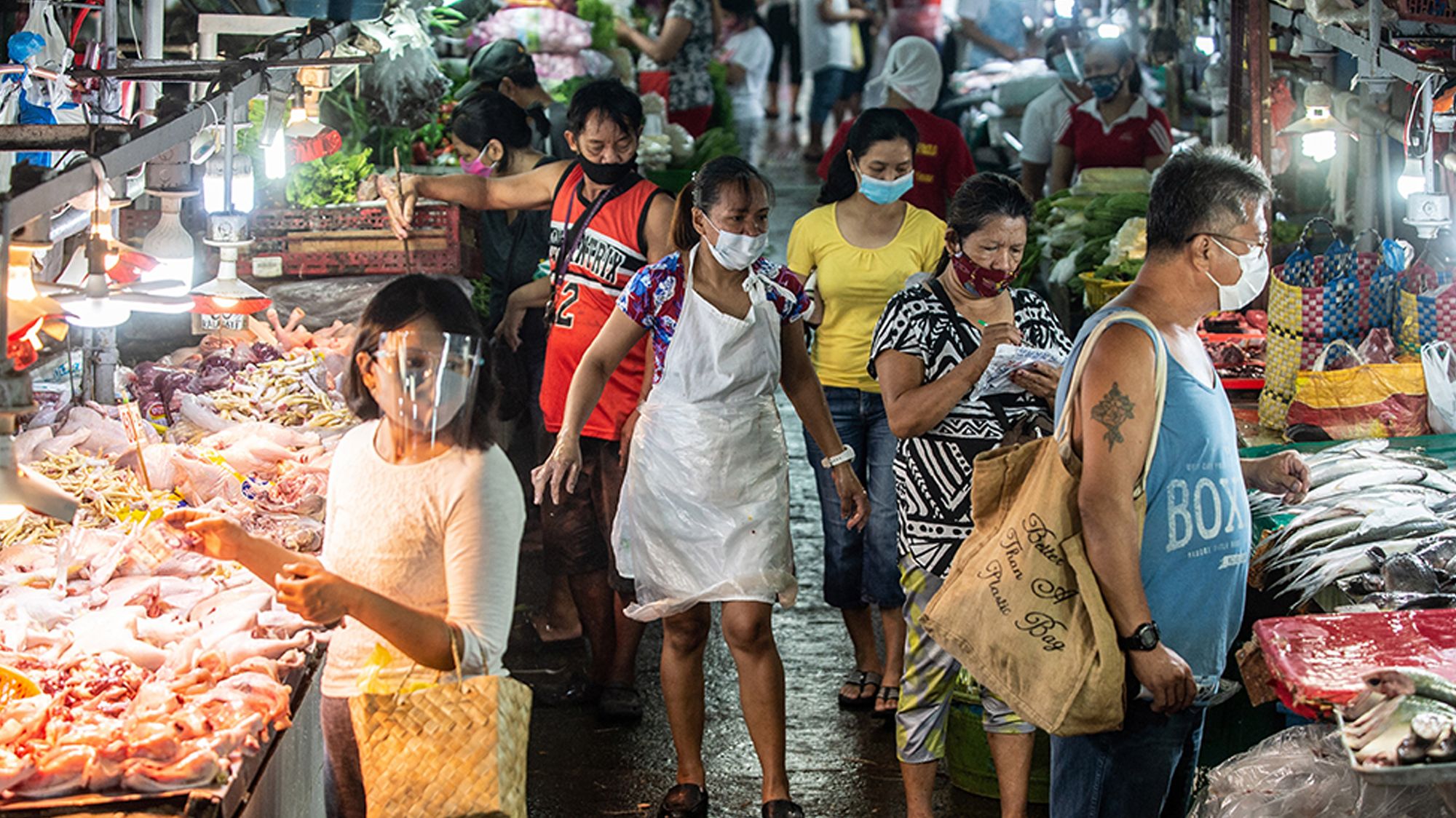 ‘While I do not necessarily buy the prospect of national collapse unless “patriots” take over from the administration of President Rodrigo Duterte, I wholeheartedly agree that our country badly needs competent, honest and visionary leadership’

In October 1983, following the assassination of Ninoy Aquino, the 8th Philippine Advertising Congress was held in Baguio City.

It was a time of uncertainty. The citizenry had withstood 18 years of Marcos governance - 11 years of which were under martial law - and had enough of it. Marcos was also very ill and was expected to pass on soon.

In fact, it was conjectured that the dictator’s inevitable  demise was what prompted Ninoy to return to the Philippines from his exile in the US. It was said that he wanted to be available to be drafted for the presidency if Marcos were to suddenly die.

He was not the only one coveting the presidency. There were several others, including some in the military, as well as the Communists.

The country was in turmoil. The economy was in terrible straits. Businesses had closed down and the advertising industry faced a bleak future.

As the designated Chairman of the Ad Congress organizing committee, I prepared a paper entitled, “Quo Vadis, Philippine Advertising?” It echoed the plaintive biblical query - quo vadis, whither goest thou?

To answer that question, I coined the conference theme, Risks, Opportunities and Responsibilities of Advertising in the 80s, or ROAR.

The advertising  industry had no choice but to ROAR back, like a cornered beast. But it had to be willing to take risks in order to grab the faint opportunities that could be discerned on the horizon. But along with taking the risks, we had to acknowledge the responsibilities that came with the opportunities. I meant to add the industry’s responsibilities to the country.

The situation was deteriorating rapidly. We had to be willing to make sacrifices. At Advertising & Marketing Associates (AMA), of which I had been President and CEO for five years, we had agreed on reduced salaries -  in fact, we agreed to just share whatever revenues we could earn from month to month.

It was no time for self-delusion. One either had  what it took to lead -  or one had to step aside to allow a better leader to take over.

In fact, on my second year as CEO of AMA, I asked the Chairman, Tony de Joya, to demote me to Executive VP and Chief Operations Officer, a position that I felt better equipped for. I felt inadequate to step  into the shoes of Tony.

Tony’s response to my unusual request sounded almost like a joke, but he was dead serious: ”What??? You want me to demote myself back to President???” He asked me to stay on as CEO but promised to help me along.

In 1983, in the face of the economic crisis, I had begun to work on a Plan B for AMA - the expansion of agency operations to the US. If the prospects were grim in the Philippines, I felt that we could take advantage of the fast-growing Filipino population in America, especially in California. I had persuaded the AMA board that there were opportunities for a professional marketing organization specializing on the Fil-Am market.

By late 1984, AMA USA had set up shop in the San Francisco Bay Area, with Lito de Joya, Tony’s eldest son, as President.

I am relating these antecedents for purposes of the theme of this column,  ”Quo Vadis, Filipinas?”

I have just read an interesting piece in the March 17, 2021 issue of Philippine Star by columnist Jarius Bondoc entitled, “New Coalition to Bat for Patriots in 2022.”

The opening lines were heavy with foreboding: “Diverse groups agree: the 2022 presidential election is make or break. No room for mistake(s). A wrong choice can disintegrate the Republic. National survival compels the groups to converge.”

While I do not necessarily buy the prospect of national collapse unless “patriots” take over from the administration of President Rodrigo Duterte, I wholeheartedly agree that our country badly needs competent, honest and visionary leadership.

However, fortunately or unfortunately, the Philippines has survived the ups and downs of leadership changes, with the majority of our people not feeling too much better or too much worse than they have been for decades.

Fortunately or unfortunately, the Philippines will survive another Duterte term (by whatever convoluted means, like Cha-Cha or running as VP of his daughter).

I hope Jarius Bondoc does not get me wrong. We should all hope and pray for the emergence of a Patriot. And if such there be, we should work to make that presidential candidate win in 2022, in the face of an administration tsunami. And if that Messiah (or May Saya) wins, we should all help him or her to succeed.

Otherwise, we should not grieve too much if that Patriot turns out to have feet of clay. Fortunately or unfortunately our country will survive another failed Redeemer.

I could be wrong, but I don’t know of anyone among the current “presidentiables” being willing to admit inadequacy, being willing to make a sacrifice, and allowing a better candidate to lead the way, with the support of everyone else.

At any rate, too many self-anointed Redeemers running in 2022 is a formula for a Duterte victory.

While the media, the politicians, businessmen and intellectuals like to talk of "change," I suspect the country's elite are quite comfortable with the status quo. I also think they are afraid of something as uncertain as "change."

Ours is an elitist society, as well as a tribal one. The economic elite will continue to control and benefit from the fruits of their wealth and entrepreneurship, as well as the political power that these can buy.

The intellectual elite will continue to enjoy the  rewards of using their knowledge and skills. The criminal elite will not be deprived of their share, whether through Permits to Campaign (the racket of the New People’s Army), or through rigged public works biddings, or bribery or extortion, smuggling, drug dealing, gambling, prostitution and other illegal activities.

And the rest of the tribe will continue to survive with what little they have, ignorance, malnutrition, low wages, squatting on other people’s property, the entertaining vulgarity of Duterte, and the periodic vote-buying by politicians.

Occasionally a member of the tribe manages to gain entry into the criminal elite or the intellectual elite or finds an opportunity overseas. Or through sheer guts, brains and luck gains political power. But that is rare.

The process is called symbiosis. The way Mother Nature mandates it for flora, fish and fauna.

I must  admit that I have become a skeptic. I fervently hope and pray that I am wrong.

Meanwhile, in answer to the question, “Quo Vadis, Filipinas?”, the answer is: up and down, round and round, back and forth, and running twice as fast just to stay in place.

The author began his career in communications as a screenwriter, and became president of one of the country’s leading advertising agencies. He now lives in the United States.