Rereading History: Why Magellan Picked a Fight with Lapulapu 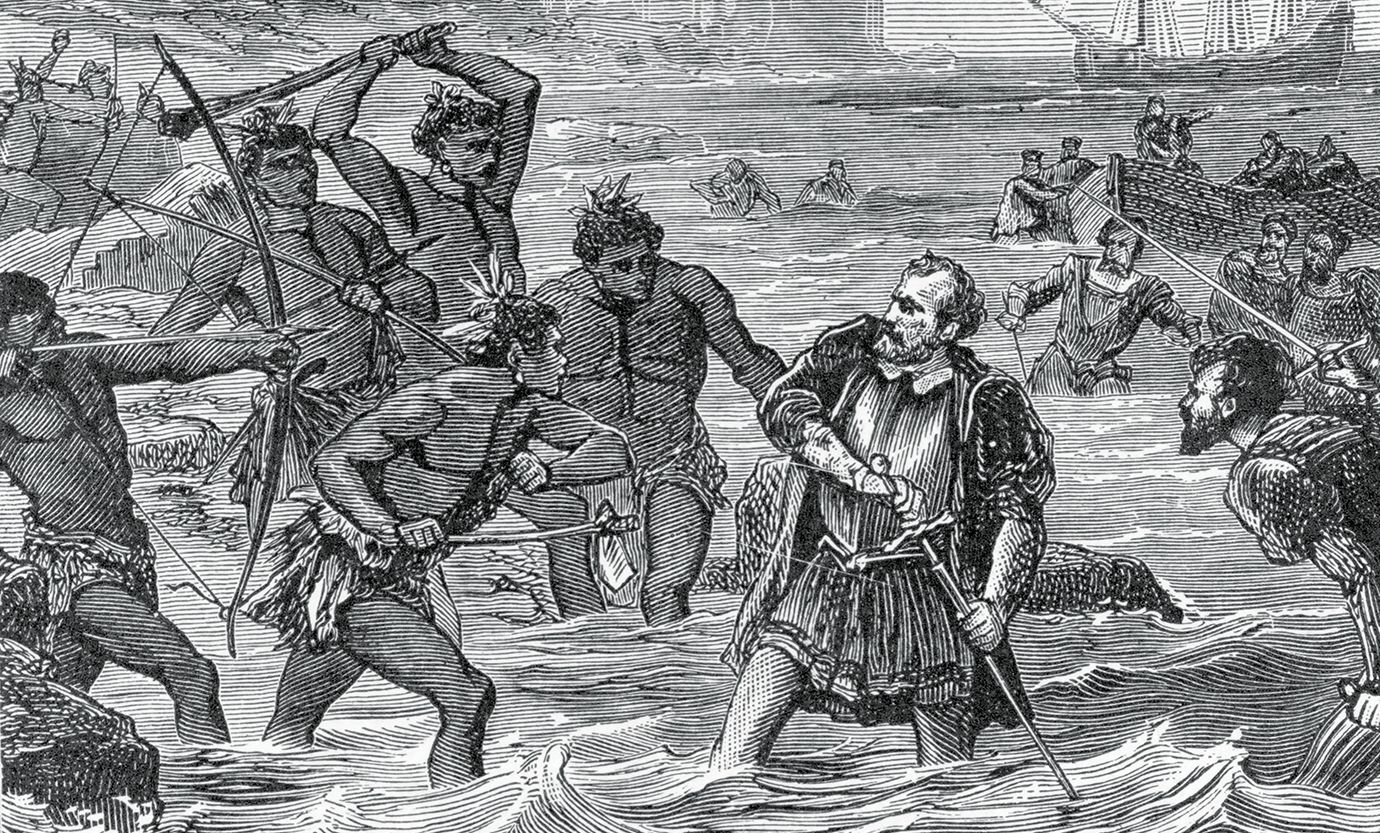 ‘Why would Magellan hold off for five more months the last and shortest leg of his voyage to the Spice Islands just to punish a tribe that refused to be converted to Catholicism?’

I’ve been reading up on him and haven’t found a satisfactory answer to a question that keeps popping up in my head: Why did he pick a fight with Lapulapu? To compel him to swear allegiance to the King of Spain, says Antonio Pigafetta, who wrote the only eyewitness account of the Battle of Mactan. But the king had instructed Magellan not to do that: “…first and foremost, before any other part, you should go to the said islands of Maluco…and after this done, the rest that may be convenient may be sought for according to what you have been commanded.”

It was religious zeal, according to two narrations I’ve read (by Maximilianus Transylvanus and F.H.H. Guillemard). I find it hard to believe that Magellan would risk holding off — for five more months! — the last and shortest leg of his voyage to the Spice Islands just to punish a tribe that refused to be converted to Catholicism.

It was late April (the 27th) and the winds would be blowing north from May to September. Magellan would have known that, having served in Portuguese India for seven years. The Spice Islands were maybe eight days away to the south, if the winds were still blowing south. His pilots would have calculated that from known latitudes and the distance between degrees latitude. They were using Ptomely’s numbers then, which were one-fourth shorter than the earth’s true measurements, so they would have been wrong by a day or two. But that wouldn’t have mattered if they had left the Visayan islands by mid-April.

Laurence Bergreen suggests Magellan was tricked by Sula, another chieftain on Mactan Island, who swore he was his friend and Lapulapu’s enemy. “Thanks to Magellan’s belligerence,” he writes in his critically acclaimed Over the Edge of the World: Magellan's Terrifying Circumnavigation of the Globe, “Sula came out the clear winner; rather than placing his soldiers at Magellan’s disposal, Magellan now placed his men at Sula’s service.”

It is tempting to believe that a Visayan chieftain had outsmarted the man who brought to our shores over three hundred years of brutal colonial rule, and manipulated him into fighting a battle where he would get killed. But that’s historical fiction stuff. Bergreen’s book is a biography.

Stefan Zweig offers the more plausible motive. All Magellan wanted, he writes in Conqueror of the Seas, “was to ensure the authority of Spain’s new ally, Rajah Charles, over all the other princes and chieftains.” (‘Charles’ was Humabon’s Christian name, believe you me.) But that, too, begs the question: What for? For the prestige of Spain, Zweig says. Magellan wanted to show that a handful of his men could beat the crap out of a hundred Visayans. Shock and awe, one might say. Was Magellan just being vain or did he have a strategy in mind? Was there a method in what turned out to be madness?

My own guess is this: Magellan wanted to establish a trading outpost in Cebu and he had to eliminate all threats to it. I believe he had decided not to proceed to the Spice Islands just yet, and he was still in Samar when he did that. It is written in his flagship’s logbook that on March 16 the island they were at in Samar was “in 9⅔°N. latitude and in 189° longitude from the meridian.” The meridian referred to was the line in the Atlantic Ocean where the Treaty of Tordesillas demarcated Spain’s half of the world from Portugal’s. That island in Samar was inside Portuguese territory by nine degrees longitude.

The treaty had no antimeridian and Magellan had to describe it before he could claim the Spice Islands for Spain.

He believed those islands ‘belonged’ to Spain and had convinced the Spanish king that he was right. They were so sure about it that Spain demanded that the antimeridian be written into the treaty — the year before Magellan’s Armada de Molucca left Spain. Now he knew those islands would still ‘belong’ to Portugal even if it conceded to Spain’s demand. He had to come up with a Plan B.

Under the Treaty of Tordesillas, unamended, all lands to the west of America and to the east of India were first-come-first-claim. Spain’s claim on any of those Visayan islands would be legitimate. All Spain had to do was withdraw its demand for the antimeridian. The Visayas was in fact the better place for an outpost than the Spice Islands. From there the Spaniards could poach spices from Portuguese territory with the help of Francisco Serrano, Magellan’s cousin who was the Sultan’s confidant in one of those islands. More importantly, they could find the source of all that gold worn by all those Visayans. And plunder it!

Cebu turned out to be the perfect location for an outpost. It was a trading center so busy the Spaniards encountered a Moorish merchant there. And its people were so gullible that in less than two weeks they renounced their ancestors’ anitos and embraced the Spaniards’ god, and swore fealty to their king. (‘Gullible’ is cynical, I know; that’s on me not Magellan.) Lapulapu, however, was not as fickle so he had to be whacked.

Magellan’s battle with Lapulapu was not senseless at all, as many historians have lamented. It was so crucial to his Plan B that he attacked Mactan with 60 men wearing corselets and helmets, and armed with halberds, black swords, crossbows and muskets. A formidable force against a hundred or so bare chested natives, whose shields were thin and wooden; their spears were sharpened bamboos hardened by fire; their bows were weaker than crossbows and their scimitars lighter than black swords.

Pigafetta’s claim that Lapulapu’s warriors numbered 1,500 is BS. It’s Fox News-like spin to give  Magellan a glorious death in a battle against an imaginary overwhelming force. Miguel de Loarca, who wrote a census of the Philippines in 1582, found 3,500 native men, women and children in the whole island of Cebu. How could Mactan, whose size is 1/75th of Cebu’s, have had 1,500 men, let alone fighting men, in 1521?

Lapulapu defeated Magellan because he was the better tactician, and that’s historical fact. Two of Sun Tzu’s five fundamentals of battle preparation are terrain and nature. Lapulapu was a master of both: he emplaced his line of defense where the shallows were two crossbow shots long, by Pigafetta’s reckoning, and was out of the Spanish cannons’ range. Magellan did not do his homework so his men had to wade through thigh-deep water, in their heavy battle armor.

And the rest is history. -  Romeo D. Bohol