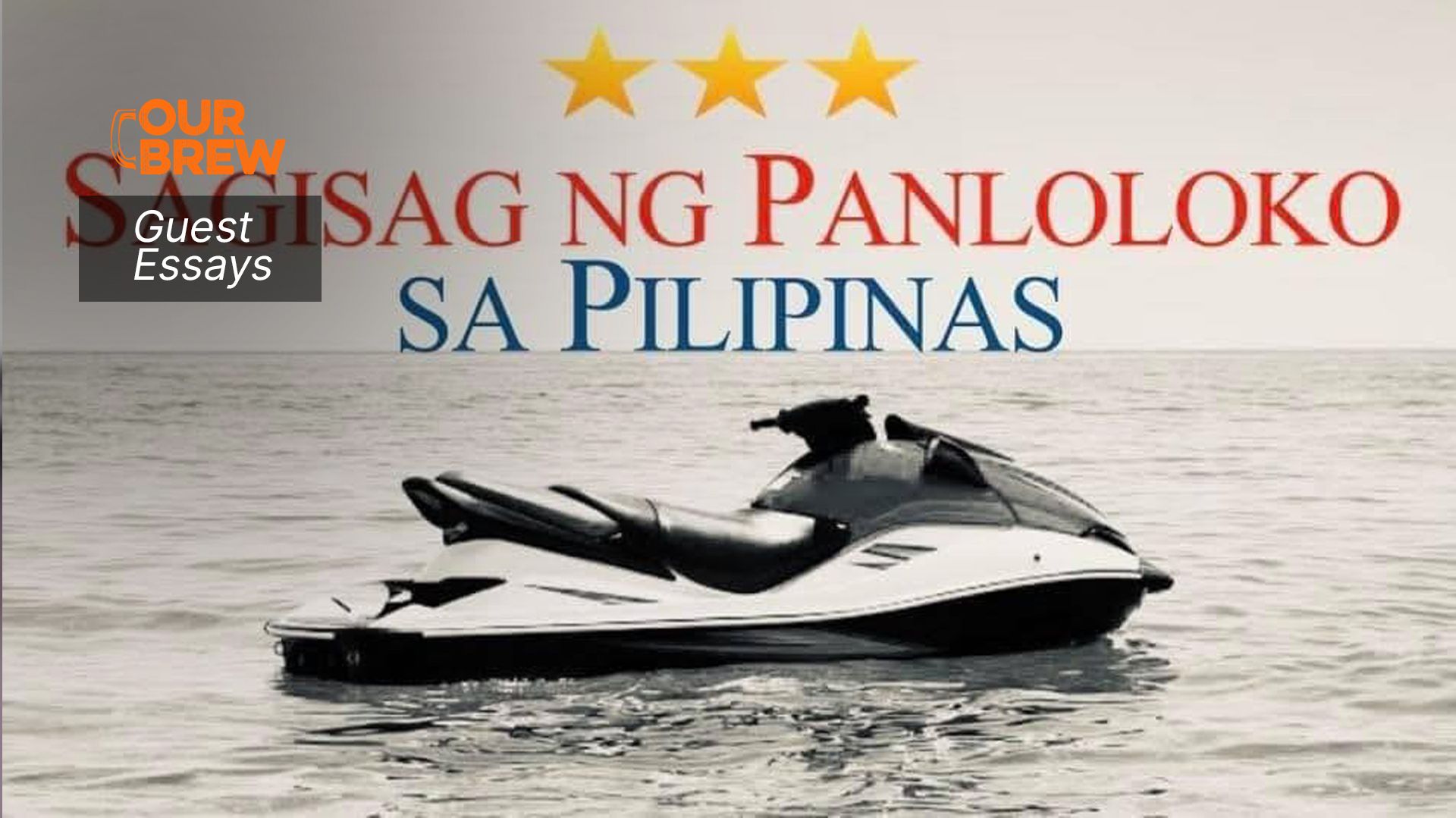 In spite of the Dirty Harry image that Duterte has tried to project (underscored by that cinematic clenched fist pose), the “punisher” from Davao strikes me as a pragmatic individual who subscribes to the survivor’s motto, “He who fights and runs away lives to fight another day”

You can almost hear the juvenile-cum-infantile social media warriors prodding President Rodrigo Duterte and retired Senior Supreme Court Associate Justice Antonio Carpio to slug it out in a debate on the West Philippine Sea aka South China Sea.

Mercifully, that debate has been aborted, with the protagonists merely shaking their fists and wagging their tongues for purposes of press releases.

Duterte, in his characteristic mindless bluster, had  “challenged” Carpio to a debate on the subject, apparently irked by Carpio’s unrelenting criticism of the President’s “defeatist” response to China’s incursions into Philippine territorial waters. Carpio, acting impulsively (or perhaps, with an eye on a presidential run and guessing that Duterte was up to his “jet ski” bluster again), accepted the challenge.

Just as Carpio must have guessed, Duterte backed out.

Duterte explained that “wiser” folks advised him against it. In fact, several members of the Senate, with uncharacteristic wisdom and restraint, had indeed advised Duterte against proceeding with the debate. They rightly pointed out that China would be the only beneficiary of such an irresponsible baring of official internal conflicts.

I assume that Duterte realized this, too, but rather than acknowledge his juvenile impulsiveness, he directed presidential spokesman Harry Roque to debate with Carpio in his place.

Dutifully, Roque accepted the assignment while offering the excuse that it was not proper for the President of the country to engage a mere “civilian” in a verbal joust.

Expectedly, the social media warriors pounced on Duterte’s “cowardice,” recalling how Duterte, while still Mayor of Davao City, also failed to show up for a “duel” to which he had reportedly challenged a journalist and political critic, Waldy Carbonell.

In that regard, I found the following online entry: ”When he was still mayor, Duterte angrily challenged  critic Waldy Carbonell to a ‘duel’ in front of the Davao City Hall, bragging that he would only have two bullets in his pistol while Carbonell could bring two full magazines for his weapon.

"Carbonell showed up, Duterte did not. Carbonell waited and waited but not even Duterte's shadow came.”

In a macho society like the Philippines, where men spend nights guzzling beer and bragging about their exploits with women and against “formidable’ foes,  Duterte’s backing out of a debate he had initiated, was cowardice, an accusation confirmed by his non-appearance for the duel with Carbonell.

But such posturings are only for the movies. Or by juvenile delinquents. Not high officials  of the land.

In spite of the Dirty Harry image that Duterte has tried to project (underscored by that cinematic clenched fist pose), the “punisher” from Davao strikes me as a pragmatic individual who subscribes to the survivor’s motto, “He who fights and runs away lives to fight another day.”

One pundit has commented that Dirty Harry has turned out to be a Roque Harry - whatever the inference might be.

At any rate, I think that Duterte has rightly played the circumspect  good cop, while allowing his pugnacious Foreign Affairs Secretary Teddy Boy Locsin to play bad cop in their mouse vs. dragon face-off with China.

That leaves Duterte with the flexibility to bare his fangs or to turn tail or to  run to Big Brother America for help.

The US must find Duterte amusing, albeit confusing. As soon as he assumed the presidency, Duterte began making noises against America, some say because of having been denied a visa that would have enabled him to visit a girlfriend in the US.

And when then President Obama disapproved of Duterte’s war against drugs, the latter told Obama to back off, hurling profanities.

Duterte then followed this up with an overt leaning towards China and Russia. In his characteristic careless rhetoric, Duterte made it known that his administration was through with America, ordering the cancellation of the traditional joint US-Philippine military exercises and threatening to scrap the Visiting Forces Agreement.

But now that China has begun to outwardly bully the Philippines over the South China Sea, Duterte appears to have made an about-face. The military exercises have again been staged and the mutual defense agreement with America has resurfaced.

Duterte has also gone back to his bluster about fighting a suicidal battle against China, should the latter force him to. Of course, Duterte may have said this loudly enough for America to hear.

However, Duterte  is too street-wise to believe that the  US will come to the defense of the Philippines out of charity and beneficence. Like every big world power, America will only go to war to protect its economic and military interests.

Fortunately or unfortunately, the South China Sea is vital to American interests, therefore it will not hesitate to knock the chip off Xi Jinping’s shoulder if it has to. Besides, the US would rather fight a war in another country rather than on the US mainland.

This leaves the Philippines as a potential battleground in case of a US-China conflict over the South China Sea. In such a case, Duterte is being perfectly frank about the Philippines being the grass trampled underfoot when two elephants dance (to use an Asian proverb).

In this regard, for what purpose will they stage a Carpio-Duterte debate over the South China-West Philippine Sea?

To paraphrase Macbeth, “It will be a debate among idiots. Full of sound and fury - signifying nothing.”