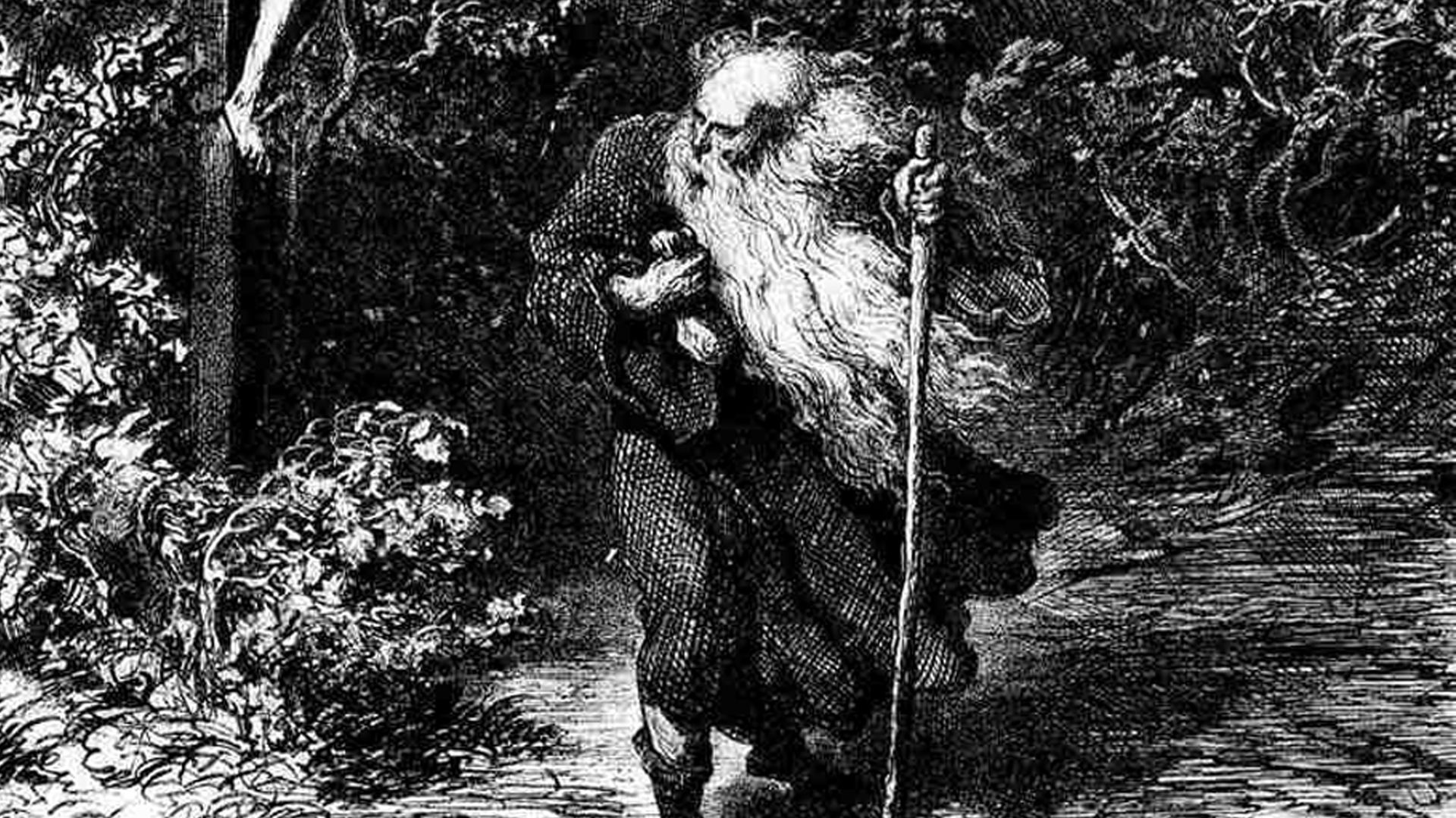 "The last person who saw Ahasverus (the Wandering Jew) was a Mormon from Salt Lake City...  in 1868.”

AN OLD FRIEND REMARKED that if you watch television today, you wouldn’t know that it’s Holy Week. Offerings from all the corners of the world reach our homes now, unlike during his — and my — childhood.

The Holy Week we knew is unimaginable to millennials.

It was deathly quiet, especially after 3:00 o’clock in the afternoon of Friday. You couldn’t play outside; in fact, you couldn’t play. If you gave in to a giggle, you were reprimanded, patay ang diyos; para kang hudyo (today, a politically incorrect label). There was nothing on air but the channels' color bars and Holy Week-appropriate programs.

There was Father Peyton droning nasally that “the family that prays together stays together”. I particularly loved the movie Marcelino Pan y Vino, the boy who found, fed and conversed with Jesus in an attic (Jesus would dismount from his cross to eat the bread and wine). (Sidebar: the actors playing Jesus in the old movies must have been easy to cast and cheaply paid since their faces were never seen or shot).

There was this movie, Ang Kalbaryo ni Jesus (The Calvary of Jesus), and in it was one story that intrigued me: Samuel Belibeth, known in other cultures and countries as the Wandering Jew, the man who insulted Jesus on the road to Calvary. I remember it well: Jesus, miffed at Belibeth, tells him, Lumakad ka, Samuel, lumakad ka, hexing him, condemning him to a deathless existence, to wander the world until His return.

Myth? A story to tell children?

When I knew enough to do so, I checked if the story is in the bible (it isn’t), but, as a boy, I wished that it were. Wikipedia though says that the "reference in John 18:20–22 to an officer who struck Jesus at his arraignment before Annas is sometimes cited as the basis for the legend". Others point out what Jesus said in Matthew 16:28: “Truly I tell you, some who are standing here will not taste death before they see the Son of Man coming in his kingdom.”

We are reminded also that Cain, after the fatricide, was penalized to walk the earth without end.

Samuel Belibeth is a more credible myth than Santa Claus.

The wandering Jew lives in literature quite fully and extensively, and it is told to children by many peoples. I earnestly hoped that there was something to the legendary figure of many names.

My imagination is a-gallop, yes, but if true, what a thought-provoking story.

What if Samuel Belibeth does exist and, today, lives among us?  Is he a Highlander of sorts, with participation in world events; did he fight in wars; does he have offspring? Has he learned all the languages of the world?

Stories not told as fiction

The story has been explored and dramatized and used politically in many plays and creative work; it is reenacted in street performances every year during Holy Week. But there have been stories about encounters with a Wandering Jew through the years, throughout centuries, in fact. In 1602, a German pamphlet, A Brief Description and Narration Regarding a Jew Named Ahasuerus "describes how at Hamburg, in 1542, Paulus von Eitzen (d. 1598), a Lutheran bishop of Schleswig, Ger., met an aged Jew who claimed to have taunted Jesus on the way to the Crucifixion. He received the reply 'I stand and rest, but you will go on'." - Britannica

"The last person who saw Ahasverus (the Wandering Jew) was a Mormon from Salt Lake City...  in 1868," so says "an interdisciplinary research blog by scholars at the Institute of Linguistics and Laboratory of Information Systems of Adam Mickiewicz University"). The blog adds to the intrigue:

"However, it is not over yet, as Bernard Sychta provides the following piece of information in his dictionary [of Kashubian dialects]: “Before World War I Ahasverus was seen in Lębork, namely in an inn right next to the town. After a few years he was seen picking at feathers in Odargowo, Puck county. Some people even tried to stop him, but he had only one answer to all their questions: 'Come on, the Eternal Jew and then he was gone'. In his eternal wandering he also visited the home lands of the author of the dictionary. Around 1930 I talked, writes B. Sychta, with old people who claimed that 'they had seen the Wandering Jew with their own eyes in their youth.' Could it be so that Poland was the last stop of the Wandering Jew?"

There are many accounts that appear credible, perhaps none more than that of the historian Roger Wendover who narrated a tale of an archbishop meeting a certain Cartaphilus whom many recognized as the Wandering Jew.

There are stories from Switzerland, England, Denmark, Italy, and even in New York where he is said to have appeared. The many tales about him may vary, his name, what he did or say to the Master that deserved the penalty of having to wait for His return, but if they agree on the core, there must be some truth, no?

Ah, but then the whole world has stories about dragons, too./VRP