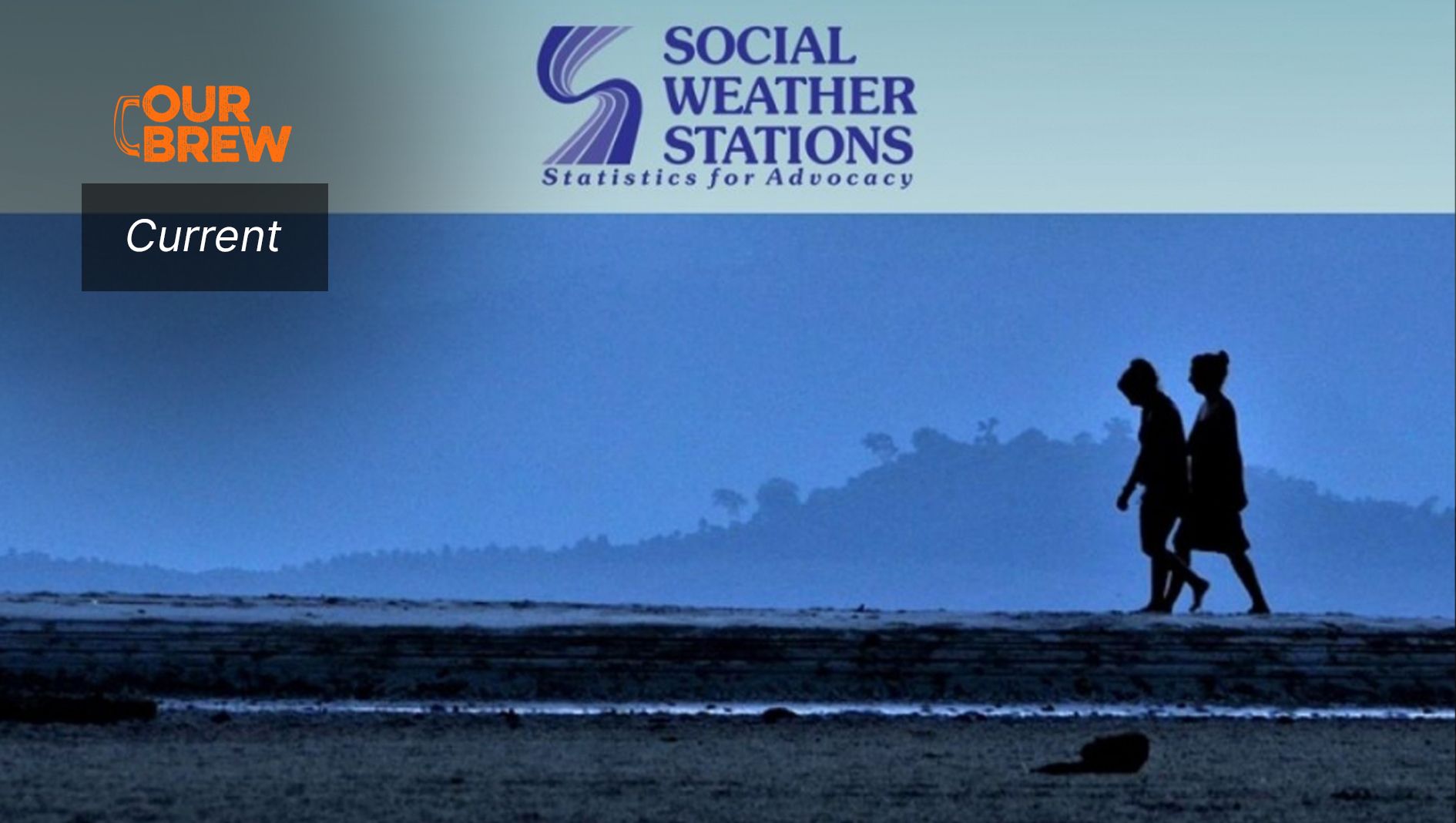 The national Social Weather Survey of June 26-29, 2022, the last under the administration of President Rodrigo Duterte, found 31% of adult Filipinos saying their quality-of-life was worse than twelve months before (termed by SWS as “Losers”), 29% saying it got better (“Gainers”), and 39% saying it was the same (“Unchanged”), compared to a year ago [Chart 1].

The survey question on the respondents’ assessment of their change in quality-of-life in the past 12 months has been fielded 145 times since April 1983. The Net Gainer score was generally negative until 2015 when it rose to positive numbers until the drastic deterioration beginning with the Covid-19 pandemic lockdowns. It has since trended back upwards but still has not reached the positive range.

High in Metro Manila and Balance Luzon, fair in Mindanao, mediocre in the Visayas

The steady national Net Gainer score between April 2022 and June 2022 was due to increases in Metro Manila and Luzon outside Metro Manila (or Balance Luzon), combined with decreases in the Mindanao and Visayas.

It stayed fair in Mindanao, although down by 3 points from -4 to -7.

It stayed mediocre in the Visayas, although down by 5 points from -12 to -17.

It rose from mediocre to fair among elementary graduates, up by 6 points from -13 to -7.

It stayed at high +3 among junior high school graduates.

It fell from very high to high among college graduates, down by 12 points from +14 to +2.

Hunger is greater among Losers

The Self-Rated Poor are those who belong to households whose heads rated their family as poor or mahirap. This status is then adopted for all members of the household.

Net Gainers was a mediocre -11 among the Poor, compared to the high +8 among the Borderline Poor and the high +6 among the Not Poor [Chart 6].

Compared to April 2022, the Net Gainers score stayed mediocre among the Poor, hardly moving from -10. It rose from a fair -1 among the Borderline Poor, while it fell from a very high +11 among the Not Poor.

The historical distribution of Net Gainers scores by grade is summarized in the table below:

Applying census weights and correctly rounded, 14% of the respondents are from Metro Manila, 45% from Balance Luzon (or Luzon outside Metro Manila), 19% from the Visayas, and 23% from Mindanao [Table 4].

Fifty-three percent are from urban areas, and 47% are from rural areas.

Male and female respondents have a 1 to 1 ratio, and thus, are alternately sampled.

The Second Quarter 2022 Social Weather Survey was conducted from June 26-29, 2022, using face-to-face interviews of 1,500 adults (18 years old and above) nationwide: 300 each in Metro Manila, the Visayas, and Mindanao, and 600 in Balance Luzon. Face-to-face is the standard interviewing method for Social Weather Stations; the only exceptions were early in the pandemic when movement restrictions made face-to-face impossible and mobile phone interviews were conducted. Normal face-to-face field operations resumed in November 2020. The sampling error margins are ±2.5% for national percentages, ±5.7% each for Metro Manila, the Visayas, and Mindanao, and ±4.0% for Balance Luzon.

The SWS survey question on the change in personal quality-of-life from last year ago to the present is directed to the probability respondent. On the other hand, the SWS survey questions on the family’s experience of Hunger and Self-Rated Poverty are directed to household heads. These items are non-commissioned and are included on SWS’s initiative and released as a public service.

On the change in personal quality-of-life from last year ago to the present: “Kung ikukumpara ang uri ng inyong kasalukuyang pamumuhay sa nakaraang 12 buwan, masasabi ba ninyo na ang uri ng inyong pamumuhay ay MAS MABUTI KAYSA NOON, KAPAREHO NG DATI, o MAS MASAMA KAYSA NOON? [Comparing your quality of life these days to how it was 12 months ago, would you say that your quality of life is BETTER NOW THAN BEFORE, SAME AS BEFORE, or WORSE NOW THAN BEFORE?]”

On Hunger: “Nitong nakaraang tatlong buwan, nangyari po ba kahit minsan na ang inyong pamilya ay nakaranas ng gutom at wala kayong makain? (OO, HINDI) [In the last three months, did it happen even once that your family experienced hunger and not have anything to eat? (YES, NO)].

On Self-Rated Poverty: “Saan po ninyo ilalagay ang inyong pamilya sa kard na ito? [Where would you place your family in this card?] (SHOW CARD - DO NOT READ) (Figure 1)”