Sex, Gender, and Sexuality: What the Science Says 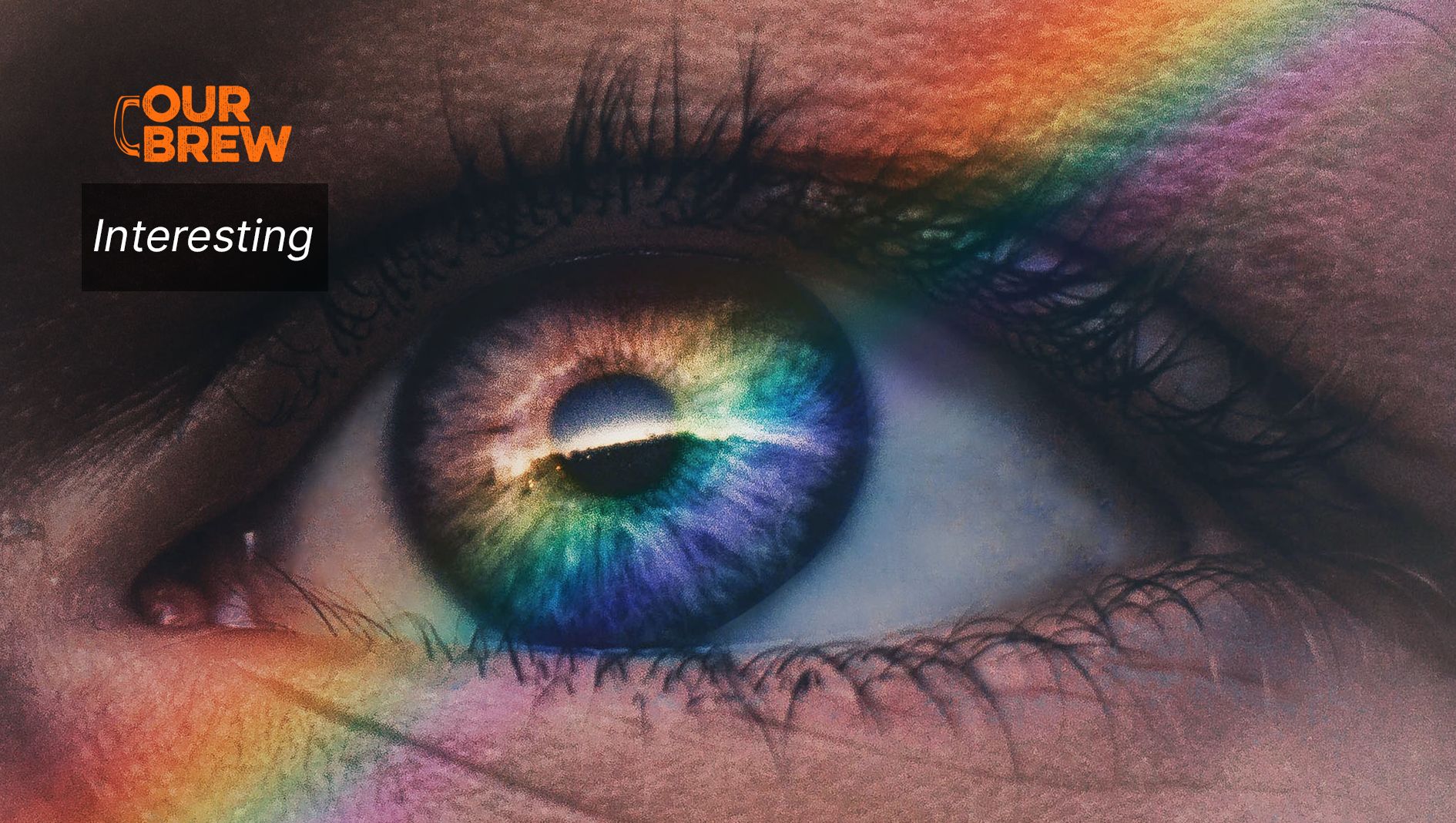 Photo by Harry Quan on Unsplash

Acceptance of a person’s sexuality and gender identity requires at least some acknowledgment that they are natural and real.

There is a culture war raging in pockets of America centered on gender, sexuality, and self-determination. Some media pundits make it sound as if we are in the midst of a pandemic of transgender, nonbinary, and other gender-nonconforming people invading our communities and threatening the young. But the real threat is misinformation and disinformation about sex, gender, and sexuality, a war of words that scrambles a simple scientific fact: Gender variation among humans has always been the norm. The only thing that has changed is that people are now discussing this reality more openly and honestly. Unfamiliar language and heated rhetoric have confused many members of the public. I’d like to set things straight.

Transgender, nonbinary, and gender-nonconforming people are normal and part of the long history of humanity that stretches across continents and through time. While they never make up a large part of any single community, they are found in virtually all communities. In the United States there are somewhere between 10 and 15 million adults who identify as transgender, nonbinary, or gender nonconforming. That’s just under 4 percent of the adult American population. Despite their relatively low numbers, these Americans have found themselves in the political crosshairs, facing denial of rights and being the target of a misguided fight.

One reason for all the attacks against them has been widespread conflation of the words gender and sex, even by many experts. So-called gender-reveal parties, where an unborn child’s sex is announced, are among the most common and glaring examples of this communal confusion. It is impossible to reveal the gender of an unborn child because they have no gender, only a sexual categorization.

While sex does not exist on a full spectrum the way gender does, there are individuals who are born intersex, possessing different combinations and numbers of chromosomes (for instance X, XXX, XXY, XYY) and thus a mix of sex traits. As the anthropologist Agustín Fuentes of Princeton University recently said, “Of the 140 million babies born last year, at least 280,000 did not fit into a clear penis versus labia model of sex determination.” That means about 0.2 percent of all babies born are intersex in the strict medical sense of the word. But according to the Intersex Society of North America, “a lot more people than that are born with subtler forms of sex anatomy variations, some of which won’t show up until later in life.” Even with those individuals added in, the numbers are still low, about 1.7 percent of the overall population.

Aside from this group, if individuals have a typical developmental period in the womb and beyond, their chromosomes signal hormonal releases at critical periods, resulting in predominantly male or female features. Still, just over 5 million of the 140 million babies born last year will eventually identify as transgender, nonbinary, and other forms of gender nonconformity. This is because gender and sex are not the same. Gender develops over the lifetime of an individual, especially during their youth, and is a combination of their gender identity and their gender expression.

Gender identity is how individuals perceive themselves and what they call themselves, and it can be the same as or different from their sex. Gender expression is the external appearance of one’s gender identity, usually conveyed through behavior, clothing, body characteristics, or voice, and may or may not conform to socially defined behaviors and characteristics typically associated with being either masculine or feminine. Generally speaking, when an individual’s gender identity or gender expression does not match their sex, they are transgender. The whole thing, however, is nuanced. Gender is fluid and socially constructed, and it has biological underpinnings, but how it is expressed is determined by culture. It is natural and also uniquely human.

The Role of Culture

In every human population there are individuals whose gender identity doesn’t match their assigned sex, and this causes some of those individuals to experience distress or anxiety, which psychiatrists refer to as gender dysphoria. Gender identification, along with stress over not fitting a mold, varies greatly across cultures, and it is not clear whether gender dysphoria is unique to Western cultures.

In non-Western cultures, the most common pattern seen is a third gender. Most Native American cultures in the eastern part of the United States have a third gender, and those who express that gender are seen as having “two spirits.” Two-spirit individuals have special responsibilities around childbirth and are often considered to have a closer connection to spirits. They occasionally marry, carrying out the traditional role of a woman.

The Bugis of Indonesia recognize five different genders: oroané (identified with their assigned gender as men), makkunrai (identified with their assigned gender as women), calabai (transgender women), calalai (transgender men), and bissu (half male and half female). Bissu are sometimes born with ambiguous genitalia, making them intersex, but this is not always the case. Bissu are thought of as being externally male but internally female; that is, they physically present as male but have the thoughts and feelings, or the spirit, of a female. They typically serve as shamans with special connection to the gods.

To further complicate things, attitudes toward gender norms and gender expression change over time. For example, when I was young, earrings were seen as an expression of femininity, and the only acceptable way for heterosexual men to wear them was as a single stud in the left ear. Today earrings of varying type and size are common in both ears of people of all genders.

Gender is a uniquely human cultural trait with biological underpinnings that may or may not resemble an individual's sex.

Expressions of gender often correlate with an individual’s sex, but not necessarily. Cross-cultural and other research makes it clear that human sexuality (whom one is attracted to) has biological underpinnings, is fluid in nature, and exists on a spectrum. Gender expression develops after sexuality and can shift over time and context.

The presence of same-sex relations in nonhuman animals, from dolphins and garter snakes to lions and our closet living relatives, the chimpanzees and bonobos, demonstrates that varying sexualities are embedded in nature. While same-sex relations are largely formulaic among chimpanzees, bonobos’ sexual lives are almost as varied as ours. Both sexes and all ages regularly engage in same-sex relations, and these behaviors have very little, if anything, to do with reproduction. They occur in multiple contexts, between pairs or in groups of individuals, with little regard to age or rank, although they most often serve to reduce tension.

Over the last decade, we’ve seen an explosion of new definitions of types of human sexuality and gender expression, especially in the United States. No longer are people seen as just straight, bisexual, or gay. Great efforts have been made to establish more accurate definitions of how people actually experience sexuality. From pansexuality, defined as sexual, romantic, or emotional attraction to people regardless of their sex or gender identity, to asexuality, the lack of sexual attraction to others, we now have labels for nearly every type of sexuality humans experience.

When It Comes to Our Kids

One problem we face is the tendency to categorize young people who are not even sexually active. In many hunter-gatherer and pastoral societies, children are neither labeled as nor expected to identify with a particular gender or sexuality. Instead they are seen as young people who are finding their way in the world, and sexually oriented play is part of that process. Among the Ache people of Paraguay, young boys and girls often play in mixed-sex groups, where they learn who they are attracted to and how they fit into the larger society. Similarly, among the BaYaka of the Congo, boys and girls are given latitude in how they express their sense of sexuality until they get closer to adulthood.

In her important, wide-ranging review of sexual development among children across cultures, the anthropologist Suzanne Frayser has emphasized the developmental normalcy of sexual play, including showing one’s body parts and viewing or touching someone else’s, in non-Western societies. Postindustrial societies like the United States, meanwhile, have all but erased shared sexual play from the experience of the young. But even without sexual play, gender identity often comes through, sometimes provoking anxiety in families. Parents who are less accepting may attempt to suppress gender expression when their children veer from the norm. Those more attuned to the psychology of sexuality and gender let children be children for as long as possible, without imposing labels and definitions best suited for adults.

How should parents react? Science can offer guidance here too. Research has shown that acceptance and support of young people who identify as gay or transgender or have another non-heterosexual or non-cisgender identity reduces the chance they will become suicidal. The effects are especially strong when the acceptance and support come from peers, parents, and other adults in their lives.

Acceptance of a person’s sexuality and gender identity requires at least some acknowledgment that they are natural and real. And that’s the problem we have in America: a fundamental misunderstanding and misrepresentation of sex, gender, and sexuality, opening the door for attacks on transgender, nonbinary, and gender-nonconforming individuals and groups.

· Sex is a biological trait that, in mammals, is set at fertilization.

· Sexuality has biological underpinnings, is fluid in nature, and exists on a spectrum.

· Gender is a uniquely human, cultural trait with biological underpinnings that may or may not resemble an individual’s sex.