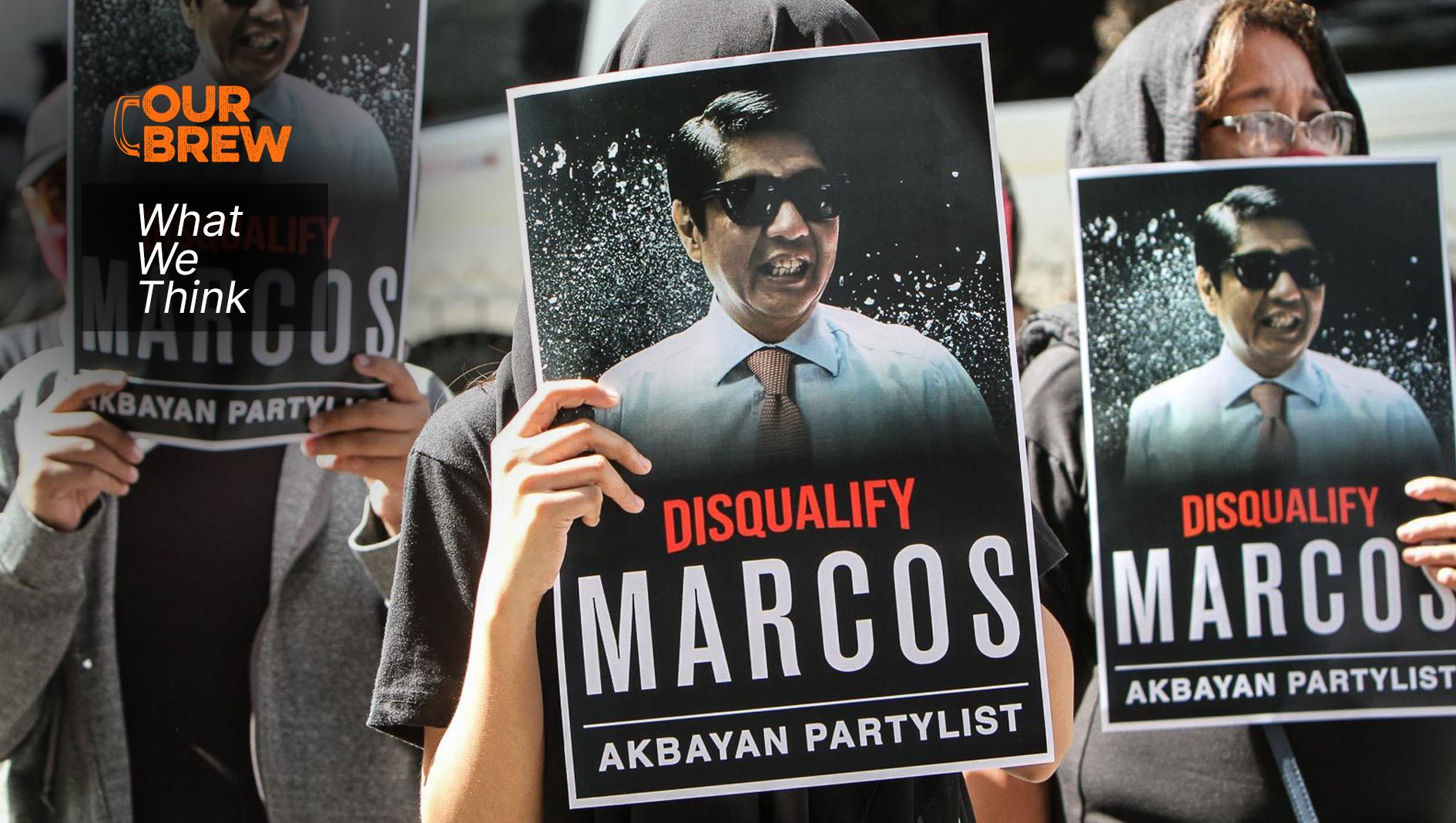 Bongbong Marcos is Ferdinand Marcos Jr., son and namesake of the dictator who borrowed billions of dollars in our name, plundered them, and turned our country into ‘the sick man of Asia.’

So he uses a screen name: BBM.

It’s textbook rebranding, and I have no problem with that. It’s a legitimate tactic for a candidate to change his name, especially one that makes a lot of people cuss and spit every time they hear it.

My problem is, those very people who cuss and spit are buying Bongbong’s rebrand. They keep on using ‘BBM,’ and helping Bongbong Marcos deodorize his candidacy. A couple of virals did circulate in social media telling cuss-and-spitters not to do that. Maybe they didn’t get reached. Maybe they think it’s not a big deal.

Well, here’s why it’s a very big deal: If Adolf Hitler and Eva Braun had a son named Berger, and he rebranded himself BBH to run for chancellor of Germany in 1983, would Helmut Kohl’s supporters have called him BBH?

There’s an American cognitive linguist, George Lakoff, who spent his entire career studying how language works — and writing books about it. He says, “Language always comes with what is called ‘framing.’ Every word is defined relative to a conceptual framework.”

For example, the word ‘relief,’ which implies burden, pressure, pain; and the word ‘tax,’ which signifies roads, bridges, railways, national defense, peace and order, etc. Republicans put those words together to sell their tax cuts to American voters: ‘tax relief,’ implying that taxes are a burden, pressure and pain.

And ‘tax relief’ keeps working for Republicans, not so much because they use it as because Democrats use it too. In their attacks on tax cuts, they call them ‘tax relief.’ “The Democrats keep shooting themselves in the foot,” Lakoff said.

So if you’re one of those cuss-and-spitters who use BBM, do let your thumbs make the effort of spelling out B-o-n-g-b-o-n-g (space) M-a-r-c-o-s when you’re texting or posting something about him on Facebook, Twitter, TikTok, Instagram, wherever.

I know it’s such a hassle thumbing the fourteen characters of “Bongbong Marcos” (fifteen including space) and it’s so convenient to just B-B-M. But that’s the genius of the BBM brand. Bongbong’s handlers are waging his campaign in social media, where troll wars are fought mostly with cellphones. Big thumbs on tiny keypads.

His handlers, I hear, are remnants of Cambridge Analytica, the British political consulting firm that helped Donald Trump beat Hilary Clinton in 2016. It closed shop after its underhanded methods were exposed by whistleblowers.

In other words, Bongbong’s handlers are smart. And you can’t beat smart with lazy.

Take a lesson on conceptual frameworks from Trump, whether you like him or not. Throughout the Republican primaries of 2016, his very first political campaign, Trump beat his strongest rivals up with epithets: ‘Low-energy’ Jeb Bush, ‘Lying’ Ted Cruz, ‘Little’ Marco Rubio.

With Bongbong, ‘Marcos’ is the epithet and it means treachery, thievery, torture. - Romeo D. Bohol