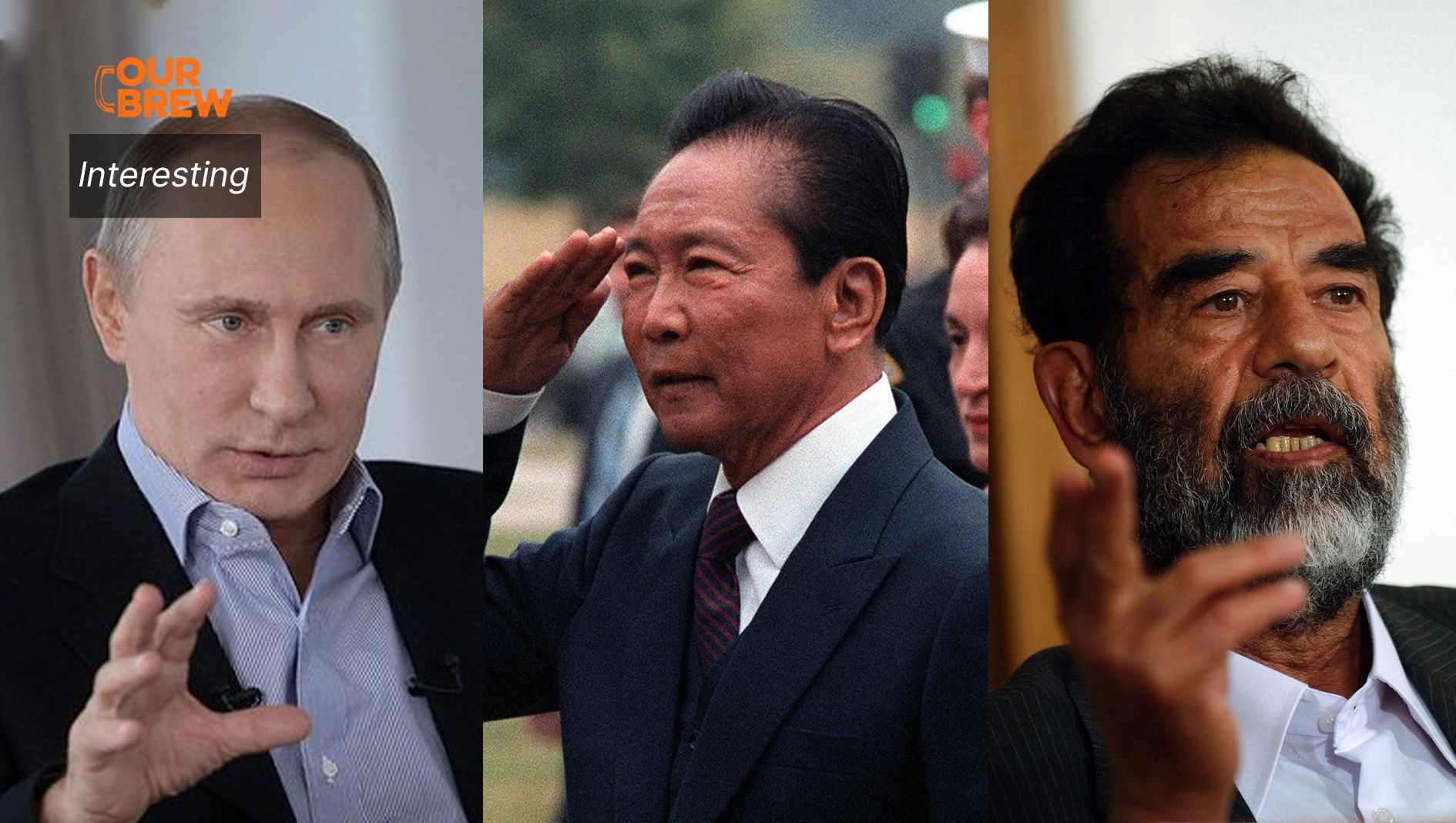 Russia’s invasion of Ukraine presents foreign policymakers with few good options to punish Russian President Vladimir Putin, or to deter these types of aggressions in the future. The U.S. government, for example, continues to push for additional sanctions on Russia in response to news of Russian military atrocities, even though prior sanctions did not deter those abuses in the first place. So it is worth thinking about what policymakers might do to prevent future world leaders from following Putin’s example.

Putin is what political scientists like us call a personalist dictator. The center of power in Russia is not a political party or the military. It’s him, personally. Strongmen’s choices are relatively unconstrained by these institutions. All power is thus concentrated in his hands, including, most notably, personal discretion and control over decision-making and appointments to state offices.

This is the type of dictator who causes much of modern global strife. They start conflicts with other nations, invest in nuclear weapons and repress their own citizens. In addition to Putin, notable examples from recent history include Moammar Gadhafi, Saddam Hussein, Idi Amin and three generations of North Korean leaders.

Our research has found that once these type of leaders start repressing their own citizens at home or initiating conflicts abroad, there are few good ways to stop them. But that doesn’t mean their rise to power in the first place is inevitable.

A source of international trouble

There are several reasons personalist dictators initiate most international conflicts. They face relatively little domestic opposition, so when trouble starts, nobody checks them by highlighting their faults or mistakes.

In addition, these leaders surround themselves with compliant staffers who retain their own power only if they say what the dictator wants to hear. So he or she gets less accurate intelligence, because the people giving briefings are afraid to give bad news.

In addition, personalist leaders are the type most likely to be ousted violently. Their fear of what might happen to them upon leaving power pushes them to use conflict as a diversionary tactic. An international crisis can boost domestic support among the people and among the elites, who are key to the dictator’s success.

Indeed, Putin’s domestic popularity soared after he annexed Crimea in 2014; and he remained popular at home as he prepared for war in 2022. The latest polls suggest Putin is even more popular in Russia today than at the start of the war.

Stopping them before they start

The most common international response to personalist dictators causing problems are economic sanctions – but our research finds these rarely work when dictators export oil or other natural resources. In fact, they often lead to increased repression and harm for ordinary citizens, who suffer the brunt of the sanctions.

Direct military intervention is sometimes possible against these dictators’ regimes. But those rarely go well. U.S. invasions of Afghanistan and Iraq, which led to further deadly conflicts, ended with a fragile state in Iraq and the return of personalist-style Taliban rule in Afghanistan. Even U.S. military strikes to stop Libya’s Moammar Gadhafi from slaughtering his own citizens resulted in a failed state rife with civil war.

In the present situation, Russia has nuclear weapons, and Putin has signaled he might use them if he views the conflict as escalating.

That leaves practically no way for Western democracies to shut down Putin’s aggression.

In recent decades, Western governments have aided – whether intentionally or by accident – the rise of personalist dictators in three ways.

First, Western governments enable dictators’ cronies to launder the illicit gains paid by the dictator in exchange for their loyalty. London and Miami have become havens for Russia’s oligarchs to stash their payouts from Putin.

To protect these investments, Russian oligarchs have funded political campaigns throughout Europe, and especially in the U.K., with well-heeled London lawyers lobbying Boris Johnson’s government on behalf of Russian clients in a bid to prevent too harsh a crackdown.

Some of this money flows to political campaigns in the U.S. as well.

Second, rising commodity prices, especially a spike in oil or gas prices, provide a windfall for many personalist dictators, enabling them to consolidate domestic power by using the extra revenue to pay loyal supporters. In 2009, political commentator Thomas Friedman proclaimed the “First Law of Petropolitics,” which states that as oil prices rise, dictators undermine political freedoms. But recent research shows that increasing oil revenue facilitates the rise of personalist dictators, who are the ones largely responsible for repressing their citizens.

In the short term, Western governments are scrambling to find substitutes for Russian energy imports. One long-term solution may be to decarbonize Western economies so energy markets are not at the mercy of dictators in oil-rich countries such as Russia and Venezuela – and perhaps someday Saudi Arabia.

Third, foreign military support for dictators helps them to consolidate power. In general, dictators have trouble purging military elites who oppose them: The men with guns can oust the leader anytime. In most autocracies, therefore, the military acts as a limiting force on the leader’s power. But with support from foreign allies, a dictator can more easily install a cadre of personally loyal military and security leaders.

Sometimes this support comes in the form of an actual military occupation. Soviet occupation of North Korea in the late 1940s paved the way for Kim Il Sung to oust his generals, creating a personalist dictatorship that still confounds policymakers decades later. Foreign powers often supply dictators with money to purchase military equipment, in the process making the dictator into a reliable customer.

The U.S. and the U.K. have been known to train dictators’ sons at their military schools. For example, leaders of personalist dictatorships in the Dominican Republic and Rwanda sent children to be trained in the U.S., while Uganda’s president sent his son to a British military school.

And Belarussian strongman Alexander Lukashenko has apparently sent his youngest son, who frequently appears with his father in military outfits, to study in Moscow. When these relatives ascend the ranks of their nations’ military, they ensure the most loyal person possible is in charge of the weapons.

Or dictators may simply mount a countercoup to reinstall “their man” should the military bite back in the face of repeated purges. French paratroopers saved the necks of multiple West African leaders when their militaries attempted coups in response to policy failures and purges in their ranks.

Foreign support also protects dictators from domestic insurgents. In 2014, U.S. President Barack Obama sent additional troops to Iraq and authorized airstrikes to save the U.S.-backed strongman in Baghdad from an Islamic State group advance. And in 2015, the Russian military helped save Syrian president Bashar al-Assad from defeat at the hands of Syrian rebels.

Is it too late to respond effectively?

Putin’s regime joins personalist dictatorships – including those in Afghanistan, Iraq, Libya, North Korea and Venezuela – that have confounded policymakers for decades.

Once a leader successfully consolidates power and transforms his rule into a personalist dictatorship, he is likely to keep causing trouble on the world stage. And once these rulers do bad things, it is often too late to stop them.

[There’s plenty of opinion out there. We supply facts and analysis, based in research. Get The Conversation’s Politics Weekly.]