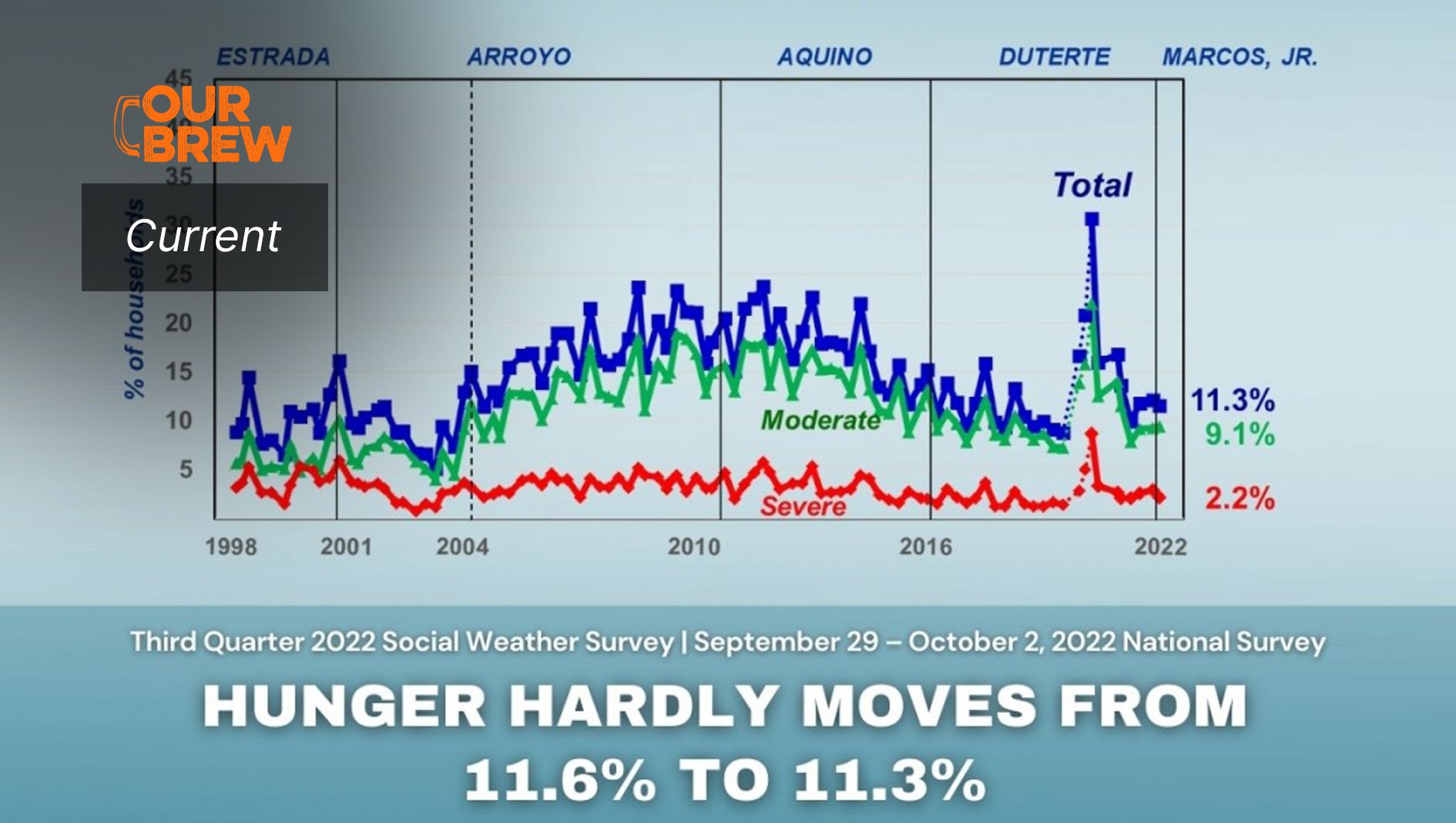 The national Social Weather Survey of September 29 – October 2, 2022, the first under the administration of President Ferdinand “Bongbong” Marcos, Jr., found that 11.3% of Filipino families, or an estimated 2.9 million, experienced involuntary hunger – being hungry and not having anything to eat – at least once in the past three months.

Hunger falls in Balance Luzon, but rises in Metro Manila, the Visayas, and Mindanao

The 0.3-point decline in Overall Hunger between June 2022 and October 2022 is due to a decline in Balance Luzon, combined with increases in Metro Manila, the Visayas, and Mindanao.

The Third Quarter 2022 Social Weather Survey was conducted from September 29 – October 2, 2022, using face-to-face interviews of 1,500 adults (18 years old and above) nationwide: 300 each in Metro Manila, the Visayas, and Mindanao, and 600 in Balance Luzon. Face-to-face is the standard interviewing method for Social Weather Stations; the only exceptions were early in the pandemic when movement restrictions made face-to-face impossible and mobile phone interviews were conducted. Normal face-to-face field operations resumed in November 2020. The sampling error margins are ±2.5% for national percentages, ±5.7% each for Metro Manila, the Visayas, and Mindanao, and ±4.0% for Balance Luzon.