Tattoos: A Long And Checkered History 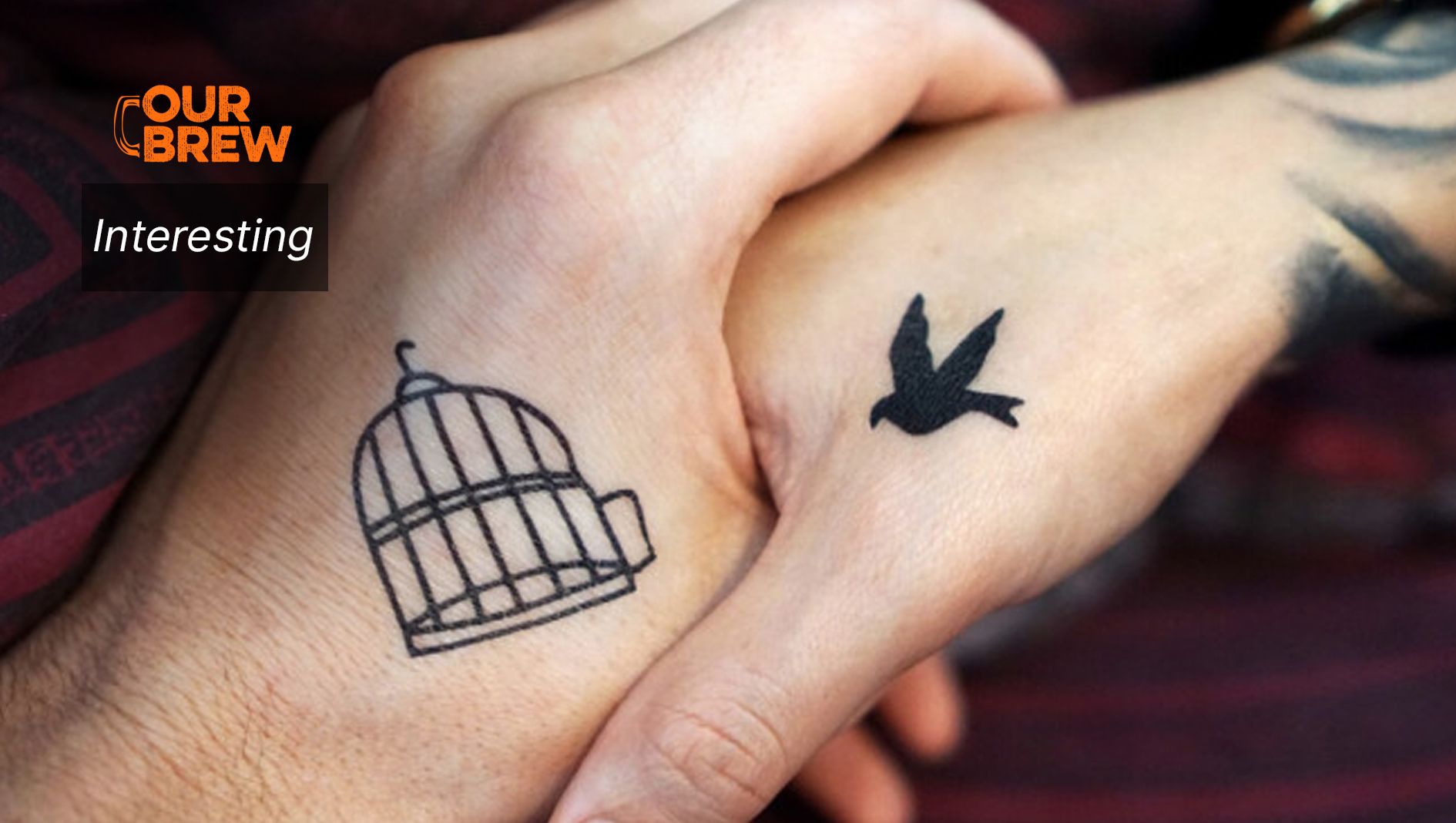 Tattoos have long been with us for both good and evil. There are many reasons for them, such as a powerful capacity to evoke memory commemorating important life events or rites of passage, a statement of group identity, or body beautification. Modern-day medicine uses them as an important option for people with specific illnesses or physical impairment to easily be identified or as a means to technically enhance accuracy of radiation treatments.

On the dark side, tattoos have been used by dictators for nefarious purposes, to identify undesirables, whether of ethnic, religious, or political enemies—or worse. Recently, speaking of them,  Putin was heard to say, “…especially the Russian people, will always be able to distinguish the true patriots from the scum and the traitors, and just spit them out like a midge that accidentally flew into their mouths.”

This ugly rhetoric echoes that of the Stalin period when they were used to identify traitors and makes worrisome what may be next for Russians willing to speak up. As shown in this video, the act of getting a tattoo in Russia has now become subversive:

The History of Tattoos

David McComb, the author of 100 Years of Tattoos, notes that “Tattoos have always gone in and out of fashion throughout history.” Indeed, humans have marked their bodies with tattoos for thousands of years.

The oldest documented tattoos belong to “Otzi the Iceman” whose preserved body was discovered in the Alps between Austria and Italy in 1991. He died around 3,300 B.C., a thousand years before the Egyptians built their pyramids.

The 1880s were a time when tattooing became popular among the upper classes as it became known that various members of the nobility and royalty, both male and female, had tattoos, including Edward VII, rumored to have had an affair with Winston Churchill’s American born mother who was herself thought to have a serpent tattoo, as well as Prince Albert Victor, Queen Victoria’s eldest son.

Early in the 20th century there were increasing concerns about hygiene and tattoo associations with criminals and so it fell out of fashion.

Nazi Tattooing:   The Nazis used tattooing as a weapon to dehumanize and control. In 1941 tattoos combining letters and numbers were used to differentiate individuals at Auschwitz-Birkenau, a network of the Nazi concentration and labor camps that became the largest in Europe.

All incoming prisoners went through a selection process whereby SS officers would divide arrivals in two lines-those to be immediately killed and those able to work. The workers would be tattooed, initially on the left breast, later moved to the inner forearm. All such prisoners, other than ethnic Germans, were tattooed.

Analysts estimate the number of people murdered as somewhere between 2.1 and 4 million people, the vast majority of whom were Jews.

Stalin Era Tattooing: During the Soviet era, a culture of prison tattoos developed, to tell who was in prison, and for what. Branding in Russia was commonplace with deserters from the army branded with a cross, and prisoners sentenced to hard labor had foreheads and cheeks branded with the word “VOR” (thief).

During the Stalin years, political prisoners sent to the gulags had tattoos that were used to differentiate between them and the VORs. For criminals, they showed a “service record” with respect to the sentence and type of criminal work such as safe breaking or assignation.

A prisoner with the wrong tattoo type could be punished by death or forced to remove it by himself with a knife or sandpaper, or a shard of glass.

Tattoos for Medical Purposes: They serve as a means to delineate the edges of the field to be treated with radiation. Radiation therapy is used to kill cells and shrink tumors, for many forms of cancer such as breast or prostate, two of the most common forms. In radiation therapy precision is critical, and tattoos help in doing so with accuracy, targeting the same locations each session.

Such tattoos also can be important for future care, in that sometimes situations arise when it is important to know with precision where the radiation had been previously received.

Medical tattoos are also used in place of alert bracelets for many patients with serious medical conditions. This is an easy alternative way to assure the individual and others will be aware of a condition in emergency circumstances.

There are even some studies that suggest potential important psychological benefits from tattooing.

Professor Viren Swami, a psychologist at Anglia Ruskin University in the United Kingdom found that anxieties about their appearance, and general feelings of bodily dissatisfaction, immediately dropped after study participants were tattooed, with improved self-esteem still evident three weeks later, suggesting the effects may represent a permanent change.

Further, a recent study from the University of Washington, meanwhile, found that “survivor tattoos” can help in the emotional People are investing in “pandemic tattoos” as a way of marking their journey through the Covid-19 crisis and the  (alleged) return to normal life.

Vanity Tattooing: Today social acceptance has helped an expanding tattooing industry. This growth has been directly or implicitly encouraged by entertainment celebrities who get tattoos for a variety of reasons– or no reason at all.

Fans see these body markings as their star’s form of body approval, for them to emulate whatever micro, macro arm, sleeve or body tattoo the person they worship may have “on”.

Justin Bieber has an estimated 56 tattoos, including one of his ex-girlfriend Selena Gomez’s face on his wrist and a tiny cross next to his eye. Rihanna, 30, is thought to have at least 25 tattoos, with a henna-style design on her hand and the image of Queen Nefertiti on her.

To celebrate the news that her mother was cancer-free, Emma Stone requested that the former member of The Beatles Paul McCartney to draw her two bird feet. “My mom’s favorite song is ‘Blackbird,’ and it’s my favorite song as well,” the actress explained on CBS’s “The Late Show with David Letterman.”

Government and Religious Opposition to Tattoos

The European Union has recently imposed a ban on a range of substances used in tattoo ink pigments on the grounds they are hazardous to health. The stated aim is to help protect customers from a range of health problems from skin irritations to cancer; colored tattoo inks have been banned since January 4 this year with just two exceptions, Pigment Green 7 and Pigment Blue 15:3 that were given a 24-month grace period since they were difficult to obtain.

China has historically disavowed tattoos. Recently China’s General Administration of Sports issued a directive that placed an outright ban on the nation’s football players. According to the directive, athletes in the national team and the under-23 national team are strictly prohibited from having new ones, and those who already have them are advised to get them removed. Until then, national-level footballers must cover them up during training and matches.

Judaism and Christianity nominally do not permit tattoos, and in Islam, these are considered haram (forbidden). The basis is from Leviticus 19:28 of the Old Testament which says” You shall not make any cuttings in your flesh for the dead, nor tattoo any marks on you.”.

As this piece began, body markings can be used for good and ill, with tattooing going through cycles of social acceptance and rejection.

That said, whenever tyrants use it as a tool to identify, to subjugate their people, that is contrary to any sense of decency. Let us hope that there are no repeats: the Russian invasion of Ukraine continues while its leader makes political opposition in Russia criminal, with imprisonment. Who knows what is next?

Editor’s Note: The opinions expressed here by Impakter.com columnists are their own, not those of Impakter.com. — Featured Photo: Image by TheDigitalWay from Pixabay