The Barricades of España 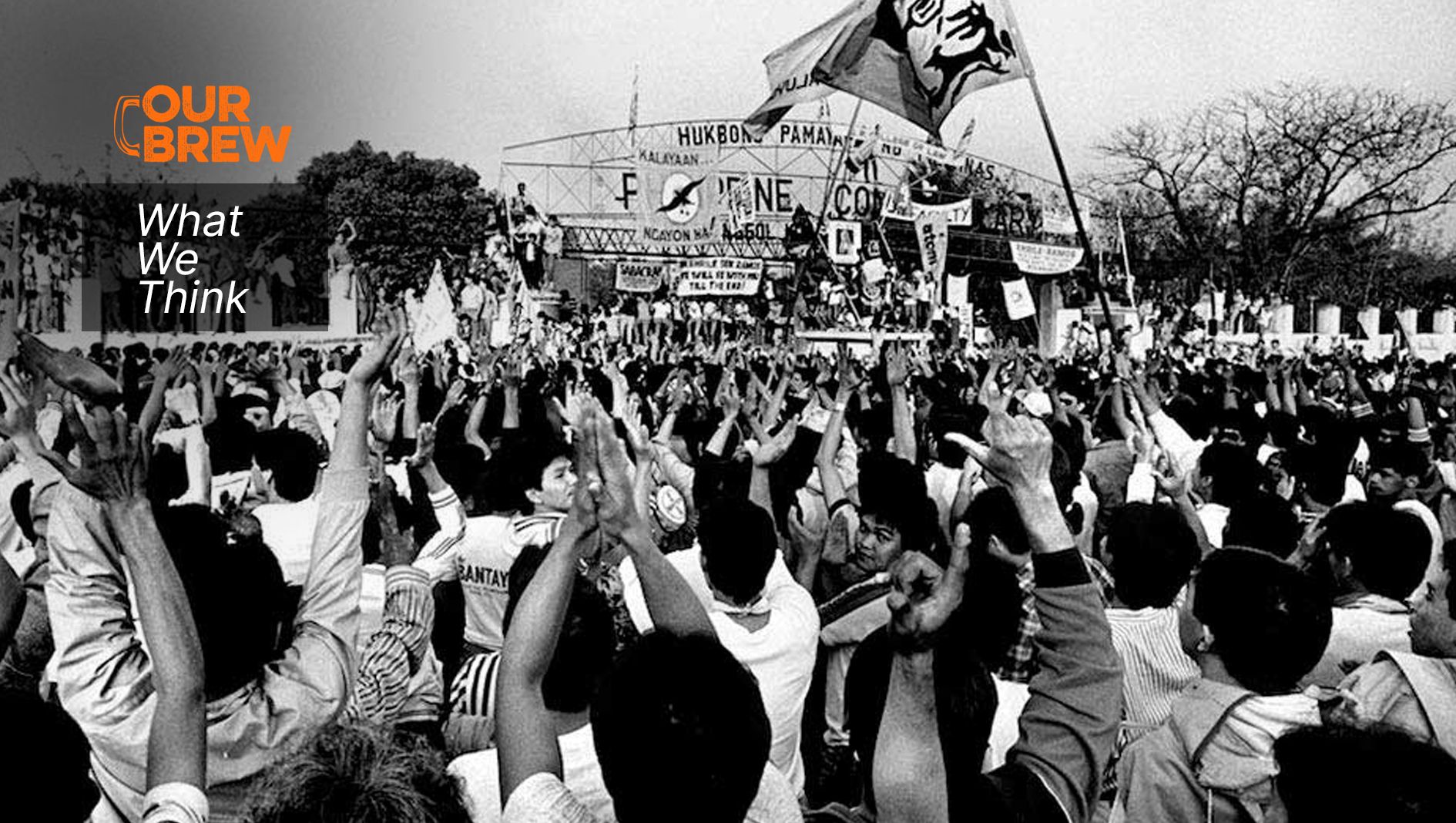 These are the events that reporters live for. The revolution was the biggest story of our lives. Heck, it was the story of the century. We didn’t want to miss out. In journalese, ayaw ma-iskupan.

I was a reporter covering the “cause-oriented opposition” beat (yes, we had such a beat in Malaya during the Marcos years) when the EDSA Revolution broke out in February 1986.

I had just finished covering a press conference by a coalition of political luminaries and cause-oriented groups at a restaurant on Roxas Boulevard. They had announced a wider civil disobedience campaign to protest the fraudulent snap election, including a general strike by workers unions. But the bigger story was being passed on from table to table: then deputy chief of staff Fidel V. Ramos and Defense Secretary Juan Ponce Enrile had reportedly broken away from Marcos.

I went to the Malaya newsroom to file my story, only to find almost everyone there. Something big was unfolding. We all knew it.  And then came the confirmation: Ramos and Enrile were holed up at Camps Crame and Aguinaldo, along with their men. The revolution had begun.

The next three days were a blur of events. Stories were breaking every hour. No day-offs, and the regular after-work beer sessions were put on hold. It didn’t have to be written down in a memo. These are the events that reporters live for. The revolution was the biggest story of our lives. Heck, it was the story of the century. We didn’t want to miss out. In journalese, ayaw ma-iskupan.

We didn’t know it at that time, but we had a “shadow” editorial office manned by three editors. It was located in a house inside an exclusive subdivision. Only a few people knew its exact location. And for those three disquieting days and nights, stories were bouncing between the two offices non-stop.

The “shadow” office was our fallback in case the ailing Marcos shut us down. We were determined to continue reporting the revolution, and damn the consequences.

Much has been written about the bravery of the people at EDSA, how they stopped the tanks and held back armed soldiers through sheer will and prayer. But the bravery was on display everywhere. There were pocket EDSAs all over the country.

The night before the Marcoses fled the country, I was assigned to check the hospitals and the streets leading to Malacañang.

I left the editorial office on West Avenue at around 9pm. It was a quick drive to Welcome Rotonda. Quezon Avenue was practically deserted. Crossing to Manila, we were met by a wondrous sight. People filled the stretch of España, waving placards and protest banners. There were barricades at every intersection, up to Morayta and Recto, a few meters from the heavily-guarded Palace. This was Manila’s EDSA.

If the crowds at EDSA were there to protect the rebels and keep the Marcos forces out, these brave souls of Manila were keeping the Marcoses in.

The Marcos family would be airlifted from the Palace a few hours later. Just my luck that it happened after I went home for a quick nap. Over beer a few days later, colleagues recounted scenes at the Palace immediately after the Marcoses fled: portraits of the First Couple vandalized or burned, along with reams of documents and broken furniture. Some people took souvenirs. A man even ran off with a chicken.

But most of the people were smiling and laughing as they roamed Malacañang, for decades a symbol of greed and oppression. Once it belonged to one man and his family. Now, the Palace belonged to the people.

I envied my colleagues who were there. Naiskupan ako don.

Now here we are 36 years later and the past is being rewritten. Martial law is being sold to the young as a golden era. Those who fought the dictatorship were communists. Journalists who wrote about the scandals, the human rights violations, and the extra-judicial killings were biased, communist sympathizers, or bayaran or all of the above.

And that family we kicked out of Malacañang? They might even end up moving back to their old crib. Did we miss something? Looks like we did. Parang naiskupan tayong lahat.