The iPhone at 15: Pro Photographers on How it Changed Their World 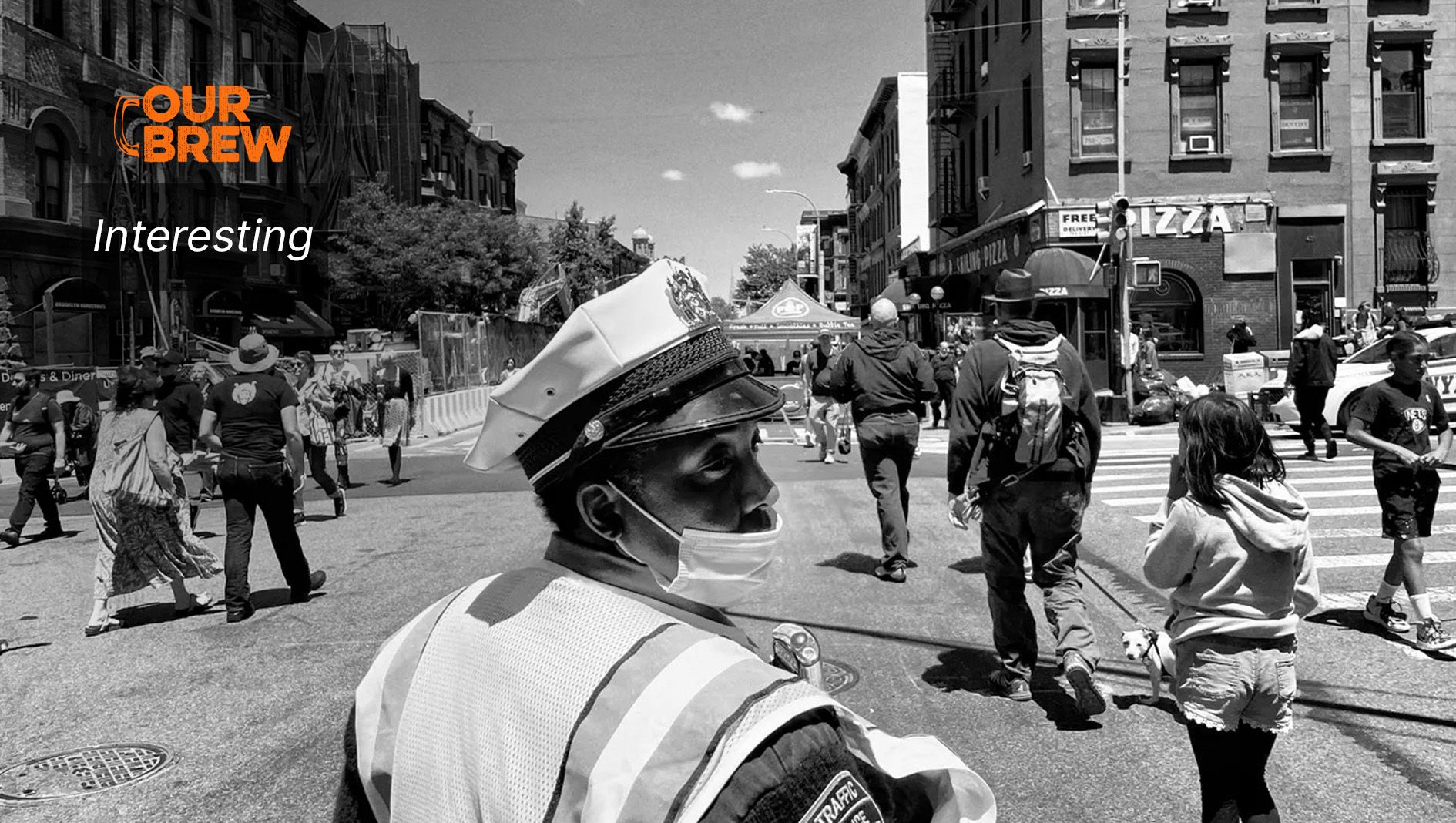 This week marks 15 years since the iPhone first went on sale and ushered in a new era: the age of the smartphone. To record a snapshot of that change, Associated Press photographers around the world captured images on their mobiles and reflected on the nature of iPhone photography

It is hard to recall today how different mobile access was before the evening of 29 June 2007 when Apple in the US released the first iPhone. Social media and the ability for everyone to respond globally to everything were in their infancy. And while older phones certainly had cameras, the quality – and the potential for instant editing and filtering and sharing that exists today – wasn’t yet there.

The only time I don’t have my phone on me is when I am asleep, swimming or reading a book. It has become completely integrated in my life.

Once, someone asked me how I separate life and my work (photography); when I thought hard about it, I realised that there was no separation because I photographed life.

I am a sentimental person. I love keeping memories. I photograph occasions in life that I want to remember; at work, I photograph life that happens for people. Sometimes it looks joyous and sometimes there is pain.

The camera is just a tool that allows me to make snapshots of these moments. I have always done this with whatever camera that I have on me, and lately, while not at work, it has been my iPhone.

This is a good example of an image that I couldn’t have taken on my camera. Most vendors and, frankly, most people in Romania get nervous if they realise a photojournalist is taking their picture, even in the most mundane situations. It often leads to unpleasant interactions.

The smartphone, though, seems to be a magical stress-relief device. Even if people realise that you are a journalist, they no longer, in most situations, see you as a menace. They relate to you. In adverse situations, it can save the day.

Smartphones have come a long way in the past 15 years, but I don’t see them as a substitute for professional cameras.

Some great work has been shot on smartphones. But it’s a lot easier to cut corners and manipulate images on smartphones – something we should all keep in mind in a time of rampant disinformation. I’m more likely to trust an image if I know it was taken by a photojournalist using professional gear.

It is a different tool that definitely has changed what we do. But it’s the photographer, not the device, that determines the quality of a photo.

In a world with so many cameras, there are also more photography consumers. And the good thing is that photography is more popular than ever.

The iPhone’s camera has this ease on the street because of its size and familiarity. I felt like I was cheating when I used it for candid photos, and it never sat well with me.

The iPhone’s camera has become more of a sketch pad and personal space of thoughts, ideas, and inspiration

Years ago, I had a heated conversation with an Egyptian police officer. He took my camera and said I was not allowed to take photographs of the streets of Cairo. The body of my SLR is a threat, seen as a weapon. I told him: that is the main reason I love having an SLR in my hand.

There is a real interaction with the environment you’re photographing, a true reaction to you as a photojournalist on the ground, rather than the idea of “stealing a picture” with my iPhone. I told the police officer I could’ve taken photos of him, and he would have never known.

Governments have since caught up. Hence, if you’re detained and questioned, the first thing that is taken is the phone.

I use an iPhone instead of a camera on diverse occasions. Sometimes it’s as a reflex, when I see something I want to keep at that moment during my daily life.

The irony: my phone is so full that at the end, I scroll down the pictures erasing everything that does not mean that much to me. That way, I can keep using it as a camera or video recorder and then erase it again.

Sometimes being a photographer with a larger camera can be intimidating to the person being photographed. Using a phone makes it easier for me to get intimate moments that might not happen. Being able to adjust the exposure to create dark shadows makes the iPhone my main camera in a pinch. If spot news occurs when I’m on vacation or out to dinner, I always have a quality camera to capture news.

For me, the use of the phone camera is just an alternative to my conventional camera, so I only use it on rare occasions and basically to photograph or capture on video family scenes or scenes with friends, with the simple idea of documenting banal moments.

Shooting with a camera is much more serious, and the result differs dramatically from shooting with a phone. Composing and capturing a scene through a viewfinder while pressing a shutter release is part of the essence of photography, and you can’t do that with a phone yet. The flat image that a phone gives you can’t compete with the photography you get from an SLR camera and a good lens, no matter how much phone photography lovers say otherwise.

The photos now shot on the latest phones feel like digital art more than photographs. What you see with the naked eye is not what you get on your screen. And that for me is very unsettling. For example, the colours are oversaturated and look “touched up” when I have done nothing but pressed the shutter. The portrait mode produces blur but it’s not the same effect my regular camera gives me. These pictures definitely don’t evoke a similar thrill to taking a good picture.

I’ll admit that there are instances when I love the pictures taken on my iPhone. There is no denying the phone captures those moments very well indeed. But it’s important to realise the “pro” label on a phone doesn’t necessarily make every owner a pro photographer.

I used my iPhone to take this picture, which is what I do when I see a beautiful view and I am not carrying professional cameras. But I mostly use the iPhone camera to capture family memories. In all cases, the use of the phone does not eliminate the need for professional cameras, neither in the beauty of the picture nor in the pleasure of capturing it.

Truth be told, every time I take a nice picture with my phone, I feel that something is missing and could have been better if I took it with my professional camera.

I do love taking pictures of my daughter and my pets with the phone and filters. Also, I take pictures with it when something grabs my attention and my cameras are packed in my bag. It helps me to remember the spot. It is an easy, light and fast tool.

Does the smartphone give you a different perspective? For me, totally. At the moment I take a picture, it feels flat on the screen. It is not the same as taking a picture looking through the viewfinder of a full camera, controlling light exposure and speed at the same time you take the photo.

Shooting with smartphones opens up more opportunities on the streets of Jakarta. People are so used to see others taking photos with their gadgets that they just ignore me.

This gives me a whole new perspective to explore and easily gets me to the nooks and crannies of a city of 10 million people, a place where a “real camera” would feel awkward to operate.

The quality of the phone has become truly great in recent years. Now, I seldom bring a “real” camera during family trips. I have used the phone to shoot breaking news images so I can email them straight to the desk to be used as early photos for a story.

I won’t replace it for professional work, but I’m confident that if something pops up in front of me, I can dig out the phone in my pocket and shoot pictures with good enough quality.

The phone allows me to practise street photography, a branch of photography that I like because it allows me to always be attentive to the everyday without a precise news event to cover, and with only the intention of documenting the most banal moments of life.

But at the end of the road will be a record of a vital moment in the life of society.

Being a photojournalist, I try to always carry my professional camera with me in case I come across a nice scene or any breaking news.

For a long time I considered the camera on my phone only usable in cases of emergency, when you really have no other option. But ever since the first iPhone appeared 15 years ago, phone cameras have come such a long way that I admit feeling a bit less anxious knowing that I always have a very capable camera in my pocket.

I will still always pick my professional camera when going on any assignment. But nowadays the photos taken with smartphones are becoming harder and harder to distinguish from those captured on pro devices

The phone is a tiny, constant companion that I rely on for moments that take me by surprise. You have to be quick to catch these fleeting moments. They may not return. My phone can sing you the life story of my children in pictures.

I’m trying to convince myself to keep my phone in my pocket more, and just live the moment

Yet a camera gives control that I don’t find possible on a phone. Catching the image of rain on a fast shutter would evoke a different feeling than seeing the image shot on a slow shutter speed.

I use my phone on early morning runs, a time when the moon flirts with daybreak in my mountain town and the sky displays its glory. Even cloudy days aren’t dull here, and I’m thankful that I can capture such moments on my phone.

But this comes with a price. Instead of enjoying my front-row views, I’m looking into a screen. I feel increasingly dependent on this external memory keeper. It can feel intrusive. So I’m trying to convince myself to keep my phone in my pocket more, and just live the moment. 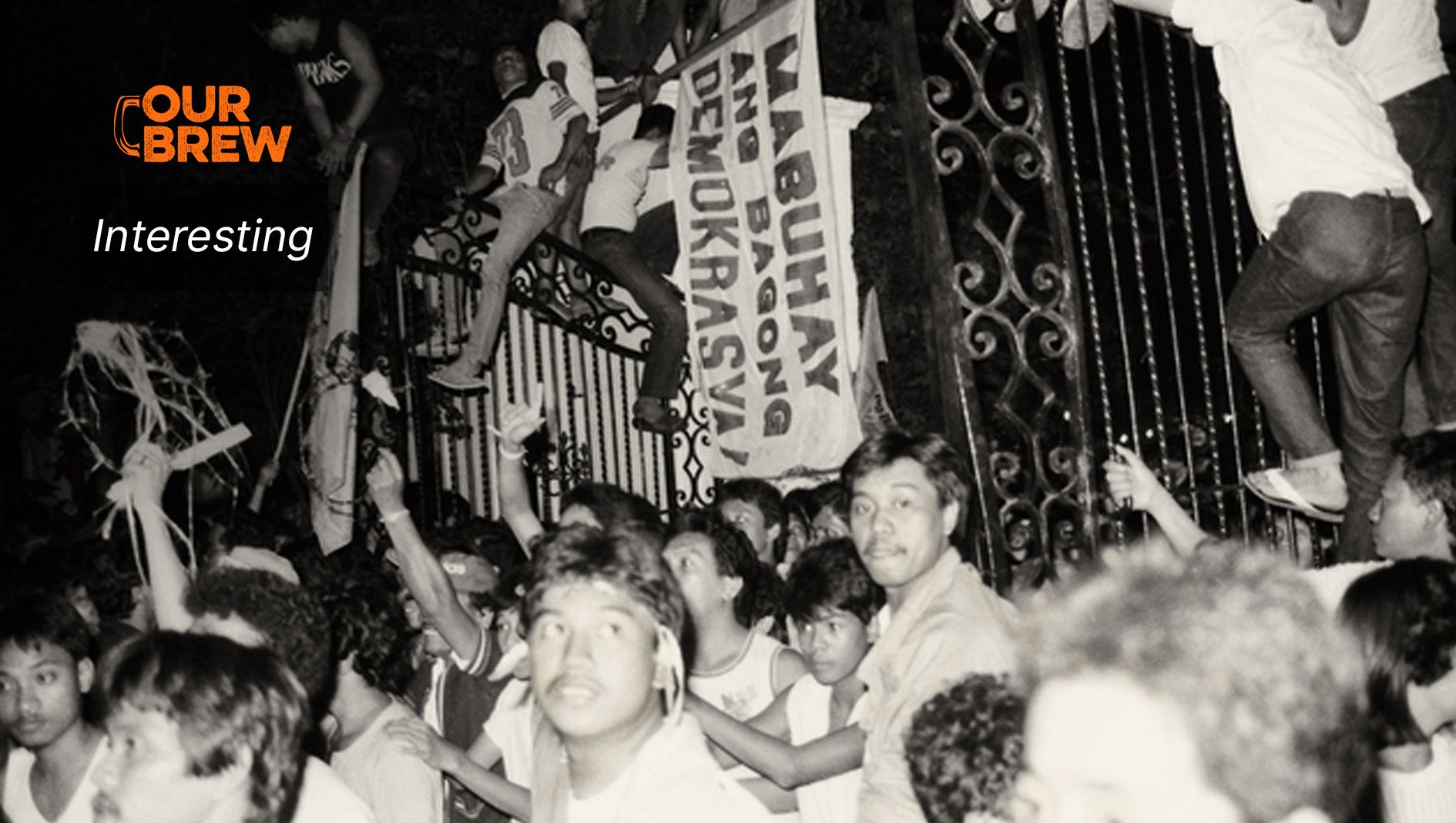 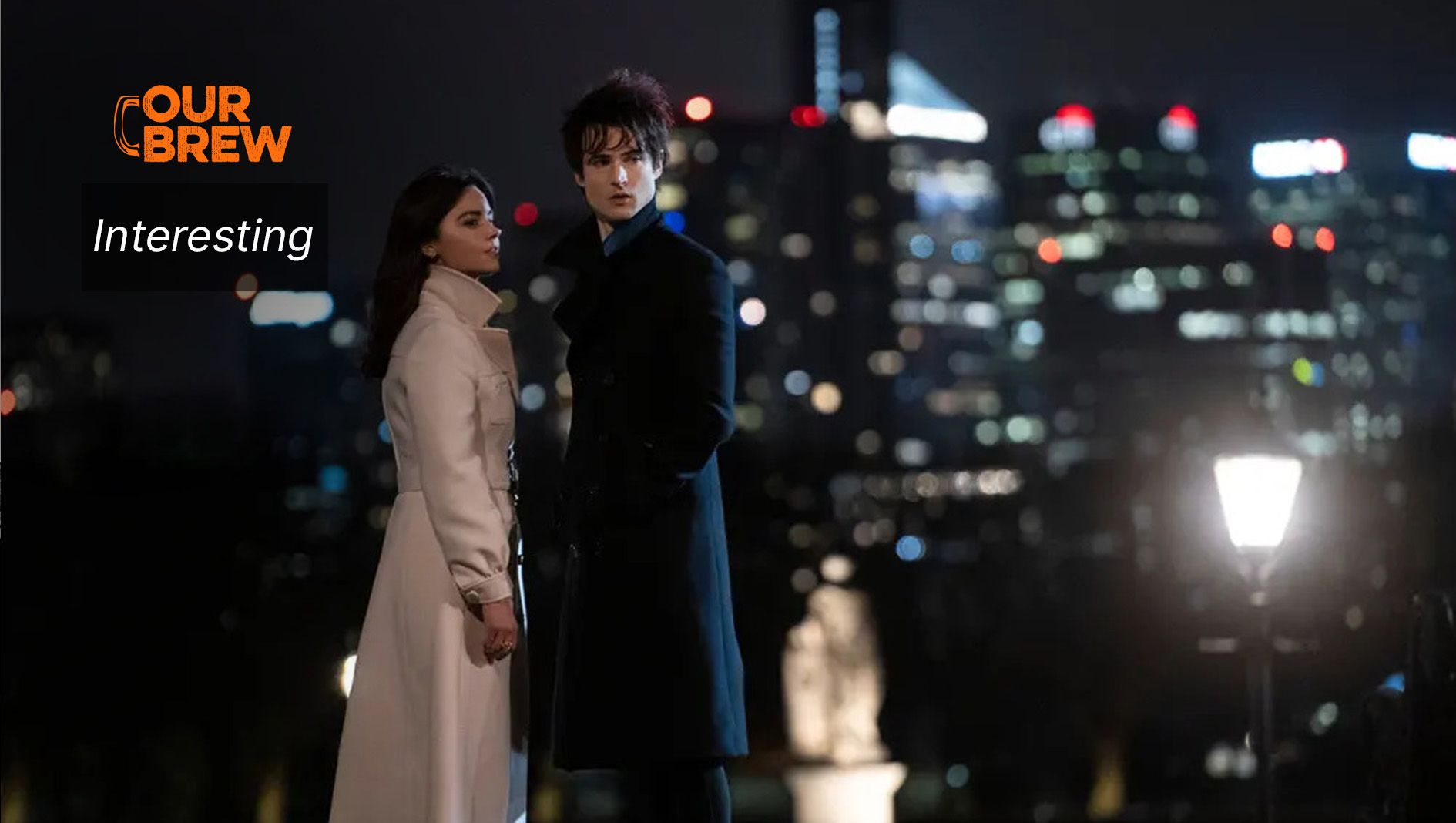 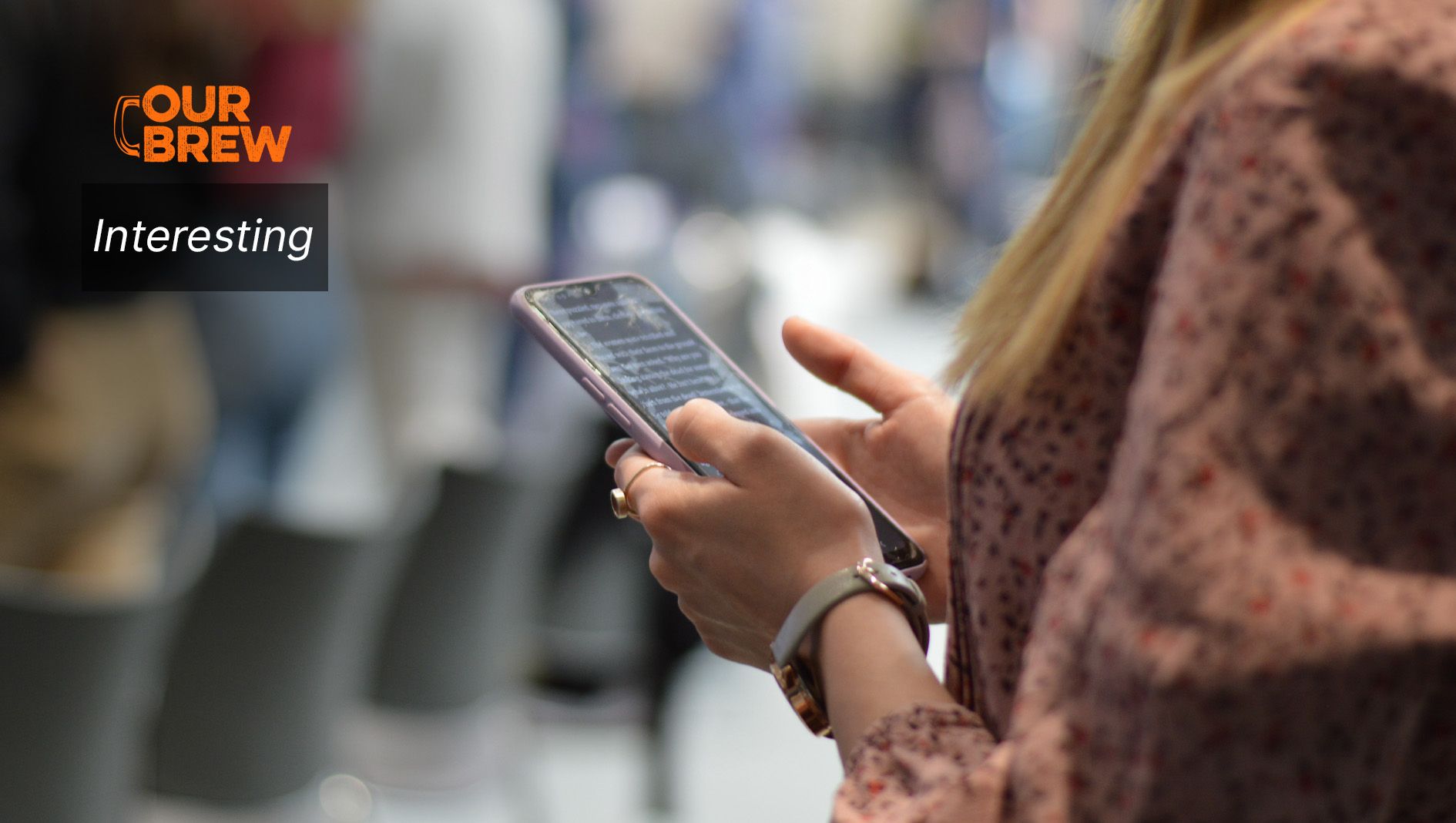