The Merciful Task of Turning Los Desaparecidos into the Long Dead 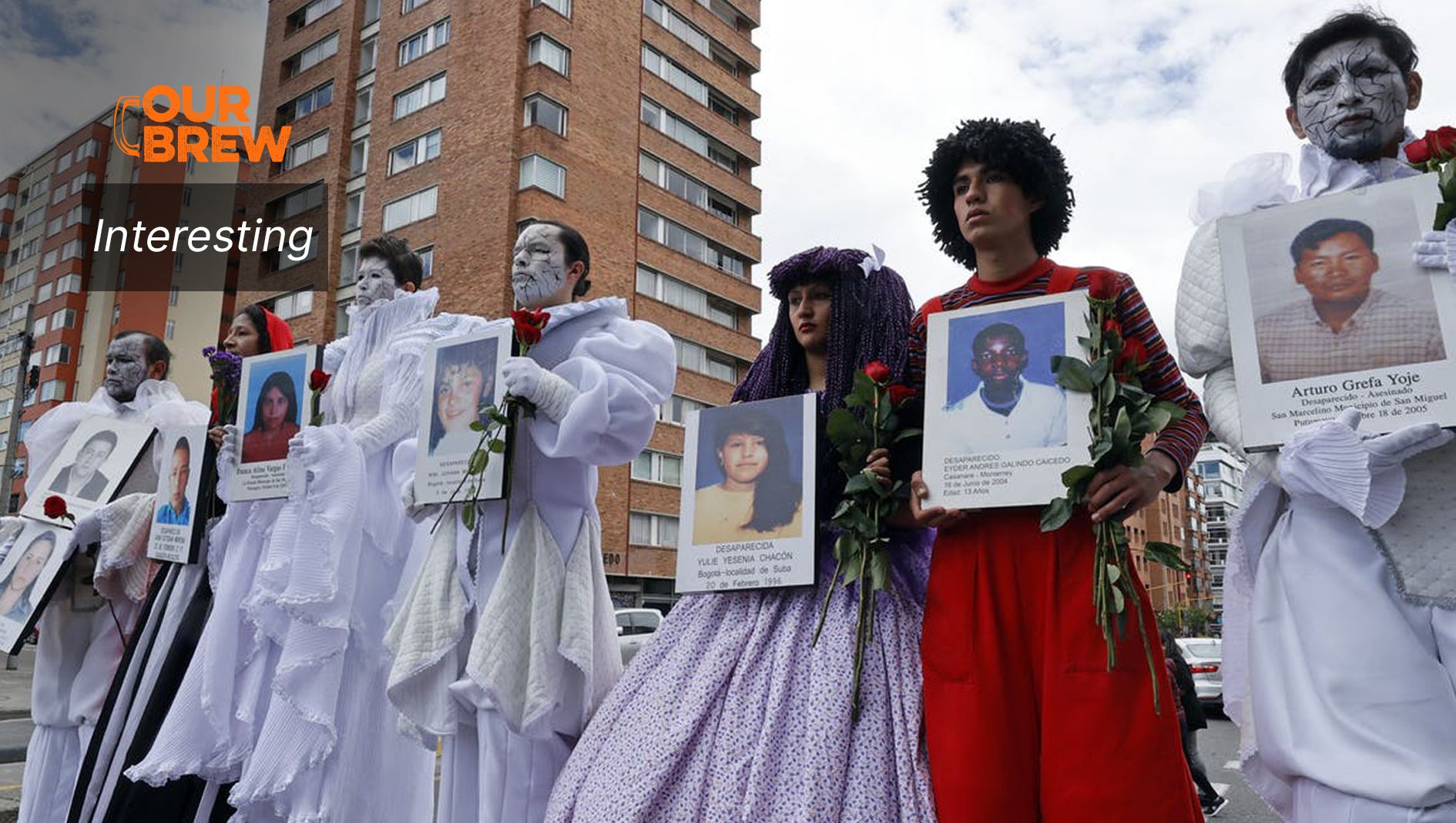 
In most Latin American countries where there has been a high level of civil conflict over the past few decades, there are still huge numbers of missing people due to forced disappearances. In Colombia alone this number is estimated to be more than 120,000 people after five decades of bitter insurgency. Many thousands of others have been disappeared across Mexico, Argentina, Chile, El Salvador and Guatemala.

Searching for human remains in South America is hugely challenging, which is often a consequence of the remote locations used, inhospitable search terrain, and the time that has elapsed since the person disappeared, which can be over 40 years.

The authors horse trekking (with equipment) through tropical rainforest to a suspected 1980s mass burial site in the grounds of a derelict mountain school. Author provided

Trying to locate victims is a very case-specific process – it largely depends on how, when, where and why each victim was killed and who killed them. Since governments are often unwilling to look for bodies, it has often fallen to researchers like us to do it instead.

The generally accepted strategy for searching for remains either on land or under water is a phased investigation of an area that is suspected of having been used for burials. These are often places where it’s not possible just to go in and start digging – first it’s necessary to build up the evidence that would give a strong legal case for securing official permission.

The investigation starts from available background information and satellite information to look for clues as to where bodies might be buried. Ground teams then do controlled studies which usually involve burying pig cadavers as proxies for humans, which over long periods of time allows them to gain insights into how the soil in that area might have responded to human burials. This then allows them to identify places in the suspected burial area that have similar ground characteristics, at which point they can make full ground surveys followed by more intrusive investigations.

Research by the Keele co-authors, with Spanish colleagues at Oviedo University, has used these techniques to successfully locate in 2016 the remains of 26 victims who had been buried in the 1930s in a mountainous region of Asturias province in northern Spain during the Spanish civil war. More recently an organisation called the Argentine Forensic Anthropology Team, originally set up to search for disappeared victims in that country, has investigated other South American conflicts and recovered the remains of victims of a mass killing in 1981 in El Salvador using similar techniques.

In a controlled study, researchers identify test sites that may be similar to those encountered by forensic investigators during the hunt for murder victims. They then replicate what might be encountered by search teams, for example, they simulate murder victims in various burial scenarios.

Though most researchers use pigs as proxies for human cadavers, some use donated bodies where laws allow (not in the UK at present). Pigs are usually used because they are of a similar size to humans and have comparable body tissue-fat ratios, organ sizes and skin types.

These test sites are then surveyed to find out the best method for detecting bodies in that type of environment. This relates to the fact that over time, bodies decompose and release fluids. They become skeletons and the overlying soil compacts.

The diagram below shows different stages of a clandestine grave of a murder victim, with a) showing a fresh burial that simply walking over the site could identify, b) early-stage decomposition that releases gases detectable by search dogs, c) late-stage decomposition that releases conductive fluids detectable by an electrical resistivity survey and, d) skeletonised stage, best detected by ground-penetrating radar (GPR).

Our research team set up controlled test sites in the campus grounds of Los Llanos and Antonio Nariňo universities in Colombia, which have different tropical, rural and field environments. We simulated burials using pig carcasses in various different burial types. Some were dismembered, some were clothed, some unclothed. These, sadly, are all common burial scenarios in Colombia.

Once created, the simulated graves containing the pig carcasses were refilled and monitored for over two years. Monitoring included aerial surveys using cameras and specialist detector equipment on unmanned drones. We also performed ground geophysical surveys using electrical resistivity, which measures current resistances in the ground with decompositional fluids being an excellent geophysical target – shown below – and GPR which detects buried objects.

From drone results, we found vegetation changes that indicated recent grave positions if they weren’t under dense forest canopies. Different plants also grew over the burials when compared to typical forest plants, so these could indicate where bodies are located if search teams knew what they were looking for.

Geophysical results for the test site showed that electrical resistivity surveys could best detect burial positions. But as time passed since burial, this technique got progressively less effective as a grave detection technique (this has been demonstrated in various published European controlled studies). Interestingly, a relatively small survey grid pattern was judged best, due to the smaller burial sizes of dismembered victims.

One recently published case study by the co-authors on finding missing persons in Colombia from the 1980s illustrates the difficulties in both finding and surveying burial sites in difficult search terrains.

The mountainous study site, in a derelict training school in Casanare province in central Colombia, was identified as a potential burial site. Researchers used a combination of known criminal and paramilitary training locations, military base locations, past police reports and search information as well as contemporary witness testimonies and the missing individual’s social media activities with tagged locations.

Ground geophysical electrical resistivity and GPR surveys, with subsequent intrusive investigations of the targeted geophysical anomalies, successfully located burials containing remains, but these were found to be animal not human.

This ongoing collaborative research of both controlled test sites and forensic searches will be crucial, not only for Latin American countries, but also for forensic investigators searching for victim remains globally.