The Season of Dying 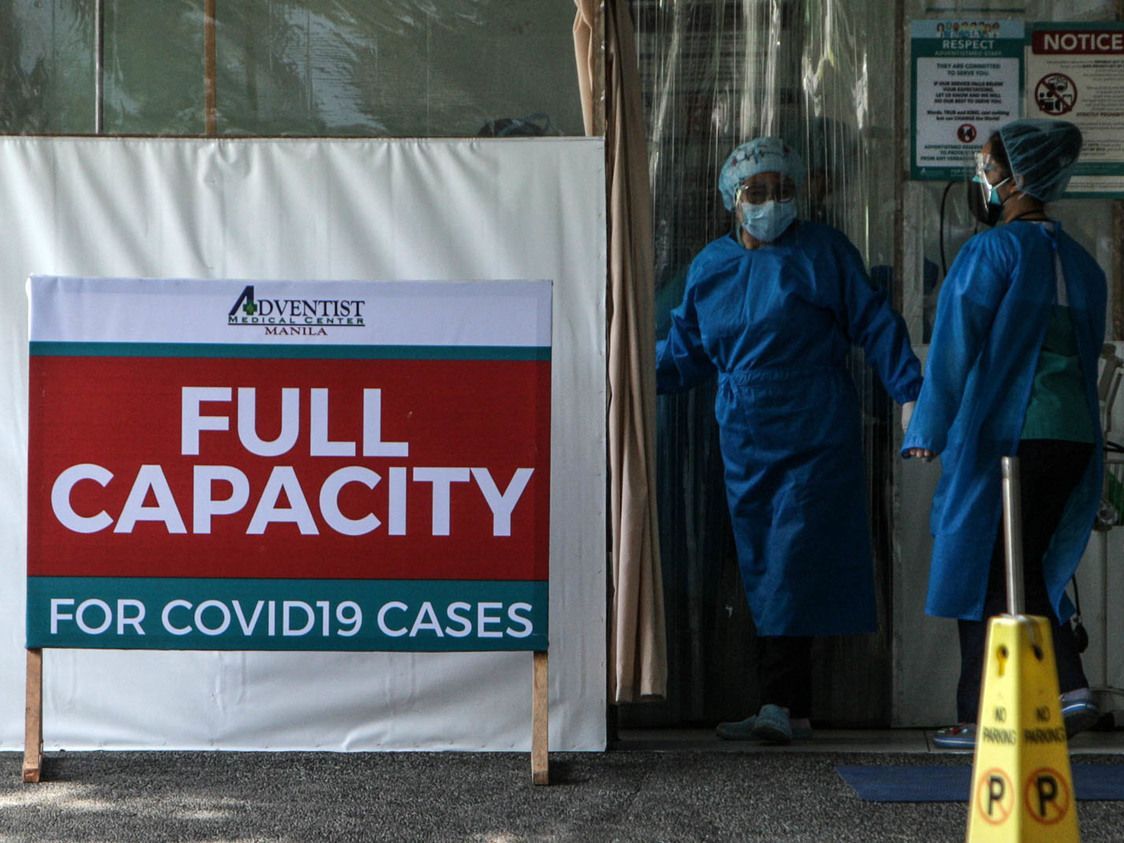 There is widespread anger, frustration, and grief on social media over the unprecedented number of virus infections and deaths, as Metro Manila and four provinces experience a “terrible” surge in COVID-19 cases

For the past few weeks, frantic citizens have taken to social media to appeal for help for family members and friends infected with COVID-19. From these posts we hear of entire families and offices being infected, of unanswered calls to government hotlines, and hospitals turning away patients.

People have been reported dying alone in makeshift tents outside hospitals. In one case, a former journalist who had contracted the virus died inside his car.

This is not merely anecdotal. The data bears this out. There are more deaths being recorded now compared to six months ago.

The OCTA Research Team - which has been plotting out data since last year and making, thus far, reliable forecasts - said more people in Metro Manila are dying from COVID-19. The death rate is even higher than the figures from October 2020.

"While the more recent CFR is based on a smaller sample size of 284 deaths, and the CFR may still decrease as more data comes in, the possibility of an increase in CFR should not be ignored," the research group said.

The high death rate in Metro Manila could be attributed to hospitals unable to accommodate cases and the spread of newer, highly-contagious COVID-19 variants, they added.

More deaths have been recorded among senior citizens, OCTA said.

Government had earlier placed Metro Manila and the provinces of Bulacan, Rizal, Laguna, and Cavite under Enhanced Community Quaratine (ECQ) and imposed severe restrictions from March 22 to April 11 in an effort to curb the surge in infections.

However, despite the absence of data showing the surge was slowing down, government downgraded the lockdown to a Modified ECQ (MECQ) from April 12 until April 30.

While describing the surge in infections as a result of “collective failure,” Prof. Ranjit Rye, an OCTA Fellow, said government could have done more to avert it.

”I put a lot of blame on government,” Rye told ANC.

“This surge is a big thing. There’s no going around it. We failed here. We could have done better, we could have saved more lives. This could have been prevented,” he added.

Despite downgrading to MECQ, Rye advised the public to remain at home.

“We’re still in the middle of a surge. There’s so much more hard work that needs to be done. We have to be careful, we have to be vigilant,” he said.

The decision to loosen restrictions was a puzzle to many health experts and the medical community, who had wanted the ECQ extended for at least one week.

The Healthcare Professionals Alliance against COVID-19 (HPAAC), in a statement, said the two-week ECQ was “wasted.”

“We re-emphasize that this mobility restriction is but a short-term intervention, and yet it seems to have been wasted again. The government still has no clear plans and efforts to fix the root causes, and the nation continues to suffer because of this,” the HPAAC said on April 11.

“This ECQ may have slowed down the spread, but the numbers are still perilously high.”

They pointed to the following “gaps” in government’s response:

1. There is inefficiency in allocating patients to the appropriate facility because there is no unity of command and effort between LGU-led and DOH-guided responses. This is why the sick and their families desperately find their own way across overflowing hospitals in the NCR hotspots, crowding out services in neighboring provinces and cities.

Our demand: establish an Incident Management Team for command and control for the whole NCR.

2. There is a failure to immediately isolate cases and quarantine contacts due to a fragmented Test-Trace-Treat strategy across the country. Interoperability of existing digital solutions is saddled by bureaucratic red tape and conflicts of interest.

Our demand: pass an enabling law that will compel data sharing through an integrated ICT infrastructure.

3. The APAT DAPAT measures have not been mainstreamed by government agencies across various settings, particularly in transportation, workplaces, business establishments, and other public spaces.

4. Vaccines have not been adequately utilized due to shortages and inefficiencies in distribution.

Our demand: recalibrate the program in order to ramp up and achieve set targets without compromises in safety caused by inadvertent queues and crowding in vaccination areas.

5. People are unable to comply with health protocols due to social determinants of health.

Our demand: allocate adequate investment in social safety nets and support to populations at risk.

However, the DOH claimed that the two-week ECQ stopped the “exponential” increase in COVID-19 cases.

"We cannot say that it has gone to waste... If we didn't implement such measure, our cases might be more than 10,000 daily cases because of the exponential increase," Health Undersecretary Maria Rosario Vergeire said during a press briefing on April 12.

But even as the DOH maintained that the infections have slowed down, local governments outside the “NCR Plus” have reported alarming increases in cases.

According to a report in the Philippine Daily Inquirer, these increases were reported in Quezon, Batangas, Bicol, and La Union.

Local officials have ordered strict lockdowns to curb the increases, and have closed their localities to non-residents.

Inquirer quoted Dr. Aurora Deluro, the regional epidemiology chief of the DOH in Bicol, as attributing the increase in cases “to the influx of residents from NCR who returned home for the Holy Week break and those who evaded the NCR plus lockdown that was declared in March that was to end on April 4 but was extended to April 14.”

Another surge in June or July

Retired General Carlito Galvez Jr., the head of the Inter-Agency Task Force (IATF) overseeing government’s pandemic response, had more bad news: the public should brace for another surge in infections in June or July.

“We have to expect this coming June or July that we might have another peak or surge in COVID cases,” Galvez said in an ANC interview on April 14.

He added, “The pandemic is far from over. There is a wrong notion that the COVID-19 is already finished in some other countries. It can reappear anytime.”

“We have to expect the worst when we are planning something and we are now preparing for it. Until such time that there is a definite cure for COVID, that is the time that we will see what we call economic recovery,” he said.

The Manila Standard, in a recent editorial, summed up what has been on the minds of exasperated citizens:

Grappling is a good word to describe how we have been responding to everything related to the COVID-19 pandemic.

We have grappled in balancing the need to curb new COVID cases with the need to maintain economic activity to allow millions to keep their jobs. As a result, restrictions have been loosened so that the NCR-Plus bubble is back to a Modified Enhanced Community Quarantine—even as the two-week ECQ has not yet demonstrated its effects in terms of a sustained downward trend in the number of new cases.

We have grappled with testing, more than a year into the crisis, and many Filipinos are not able to get themselves tested if they wanted to; the tests are inaccessible and unaffordable.

The same has been true for contact tracing. Forms filled out at the entrances of drug stores or supermarkets hardly give us any comfort that we would get sufficient notice once a patient turns out to have been around the same place at the same time as we were. It remains up to us to look out for symptoms or isolate ourselves if we hear that we may have been in contact with somebody who has tested positive.

If we do not hear anything, then we go about our ways.

We witness firsthand how our leaders and decision makers grapple with the enormity of this crisis. The problem remains daunting even as we have numerous czars and dozens of bureaucrats in task forces.

Hospitals are full and patients are waiting outside for the chance to be taken in before their condition takes a turn for the worse. Tragically, many have died while waiting, their loved ones grieving and raging at the injustice of it all.

Meanwhile, our President says he has kept himself away on purpose—for what discernible, sane reason, we cannot imagine.

These days, we see more examples of grappling as we struggle during this protracted crisis. While some local government units have distributed assistance to their people, the manner of distribution has been uneven. Some have been efficient, while others subjected their people to lining up for hours under the summer sun, not to mention risking infection through exposure to large crowds.

Even the administration of vaccines, delayed and inadequate in number as they are, have been a source of difficulty. Some areas have shown remarkable efficiency, but others have not. It does not help that the trial and error is occurring during the turn of the most vulnerable—senior citizens and those with co-morbidities. It is heartbreaking to see them waiting for their turn for hours.

Of course, nobody has had time to prepare for this with all the other problems we are dealing with. Those frontliners are doing their best under the circumstances. But the sight of the chaos, the look of desperation, and the horror stories of ineptitude could be avoided by putting more thought into the factors causing bottlenecks. There is no tough talk necessary to make this just a bit more bearable for long-suffering Filipinos—just good planning, coordination, and collaboration instead of spite and competition.

At this point it is anybody’s guess how soon—or not soon—we can go back to a semblance of normalcy. It is probably safe to say we will make it eventually; the question is how many of us will still be around when we finally do? -JS 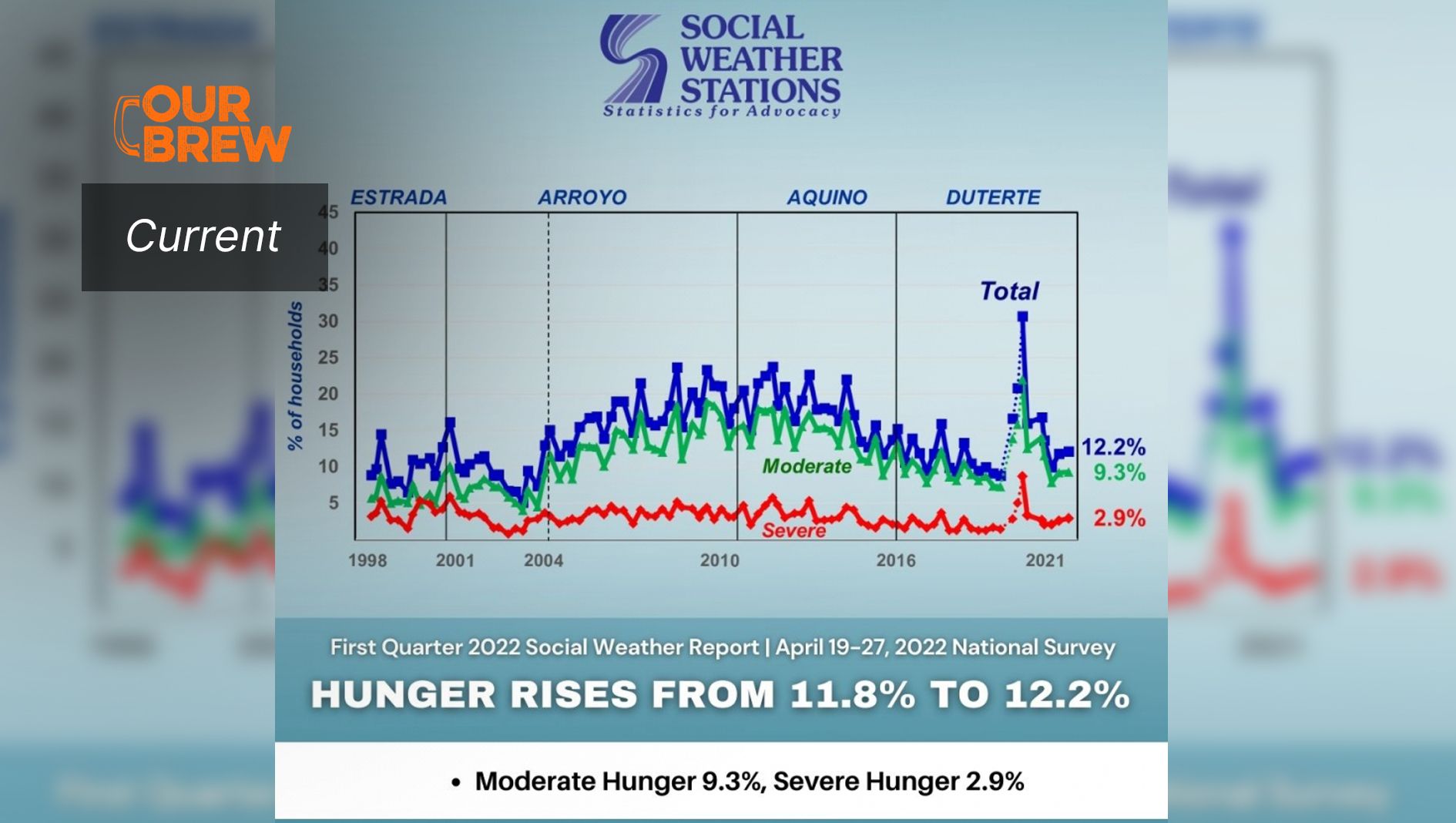