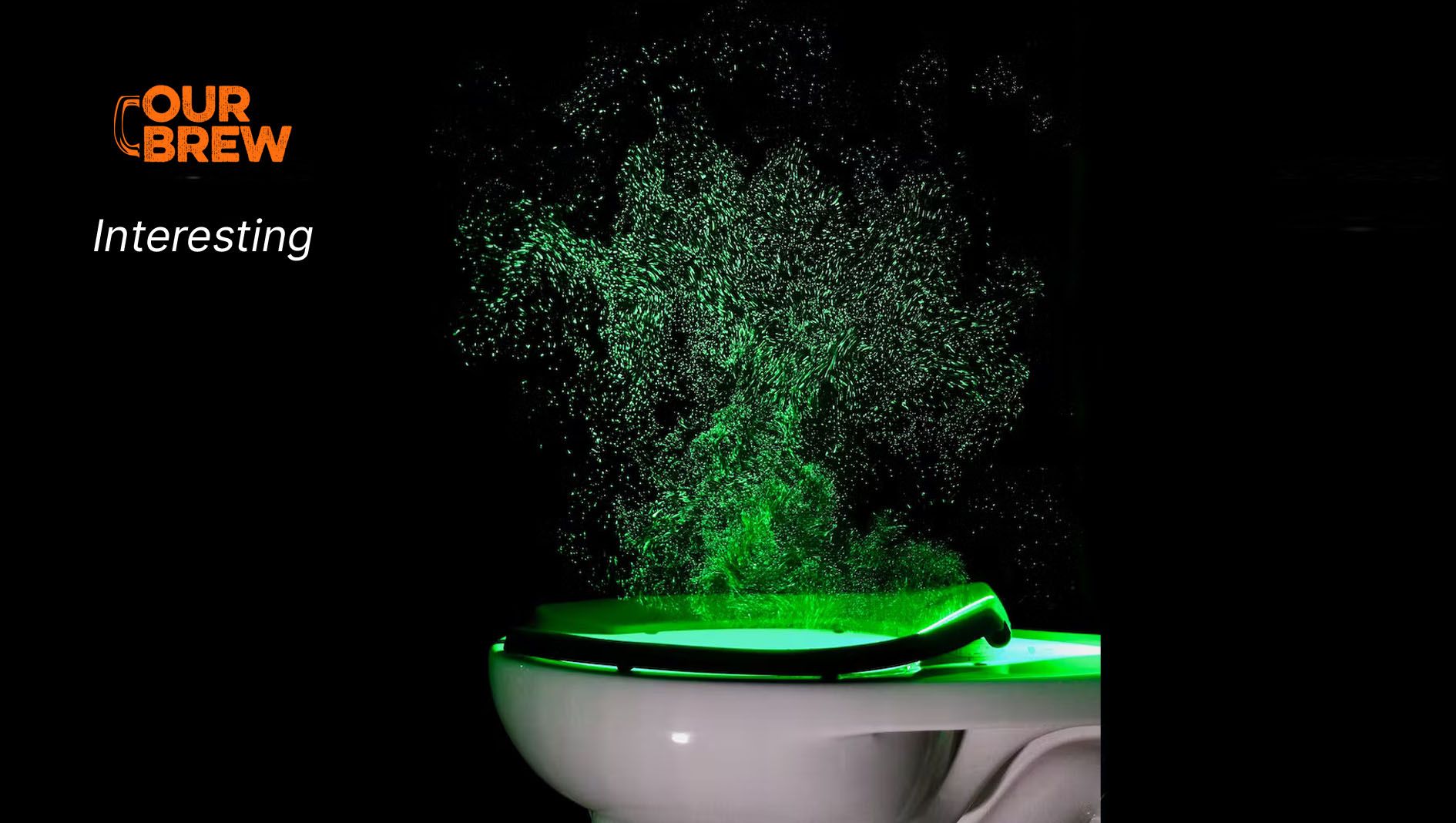 
Every time you flush a toilet, it releases plumes of tiny water droplets into the air around you. These droplets, called aerosol plumes, can spread pathogens from human waste and expose people in public restrooms to contagious diseases.

Scientific understanding of the spread of aerosol plumes – and public awareness of their existence – has been hampered by the fact that they are normally invisible. My colleagues Aaron True, Karl Linden, Mark Hernandez, Lars Larson and Anna Pauls and I were able to use high-power lasers to illuminate these plumes, enabling us to image and measure the location and motion of spreading aerosol plumes from flushing commercial toilets in vivid detail.

This video compares the visibility of an aerosol plume after a flush without and with lasers in a lab.

Going up instead of down

We found that a typical commercial toilet generates a strong upward jet of air with velocities exceeding 6.6 feet per second (2 meters per second), rapidly carrying these particles up to 5 feet (1.5 meters) above the bowl within eight seconds of the start of the flush.

To visualize these plumes, we set up a typical lidless commercial toilet with a flushometer-style valve found throughout North America in our lab. Flushometer valves use pressure instead of gravity to direct water into the bowl. We used special optics to create a thin vertical sheet of laser light that illuminated the region from the top of the bowl to the ceiling. After flushing the toilet with a remote electrical trigger, the aerosol particles scatter enough laser light to become visible, allowing us to use cameras to image the plume of particles.

Even though we expected to see these particles, we were still surprised by the strength of the jet ejecting the particles from the bowl.

A related study used a computational model of an idealized toilet to predict the formation of aerosol plumes, with an upward transport of particles at speeds above the bowl approaching 3.3 feet per second (1 meter per second), which is about half of what we observed with a real toilet.

Scientists have known for decades that flushing toilets can release aerosol particles into the air. However, experimental studies have largely relied on devices that sampled the air at fixed locations to determine the number and size of particles toilets produce.

While these earlier approaches can confirm the presence of aerosols, they provide little information about the physics of the plumes: what they look like, how they spread and how fast they move. This information is critical to develop strategies to mitigate the formation of aerosol plumes and reduce their capacity to transmit disease.

This video shows Aaron True monitoring the live image data of a flushing toilet plume on a computer screen.

As an engineering professor whose research focuses on interactions between fluid physics and ecological or biological processes, my laboratory specializes in using lasers to determine how various things are transported by complex fluid flows. In many cases, these things are invisible until we illuminate them with lasers.

An advantage of using laser light to measure fluid flows is that, unlike a physical probe, light does not alter or disrupt the very thing you are trying to measure. Furthermore, using lasers to make invisible things visible helps people, as visual creatures, better understand complexities in the fluid environment they live in.

Aerosol particles containing pathogens are important human disease vectors. Smaller particles that remain suspended in air for a period of time can expose people to respiratory diseases like influenza and COVID-19 through inhalation. Larger particles that settle quickly on surfaces can spread intestinal diseases like norovirus through contact with the hands and mouth.

Toilet bowl water contaminated by feces can have pathogen concentrations that persist after dozens of flushes. But it is still an open question as to whether toilet aerosol plumes present a transmission risk.

While we were able visually and quantitatively to describe how aerosol plumes move and disperse, our work does not directly address how toilet plumes transmit disease, and this remains an ongoing aspect of research.

Our experimental methodology provides a foundation for future work to test a range of strategies to minimize the risk of exposure to diseases from flushing toilets. This could include assessing changes to aerosol plumes emanating from new toilet bowl designs or flush valves that change the duration or intensity of the flush cycle.

Meanwhile, there are ways to reduce human exposure to toilet plumes. An obvious strategy is to close the lid prior to flushing. However, this does not completely eliminate aerosol plumes, and many toilets in public, commercial and health care settings do not have lids. Ventilation or UV disinfection systems could also mitigate exposure to aerosol plumes in the bathroom.