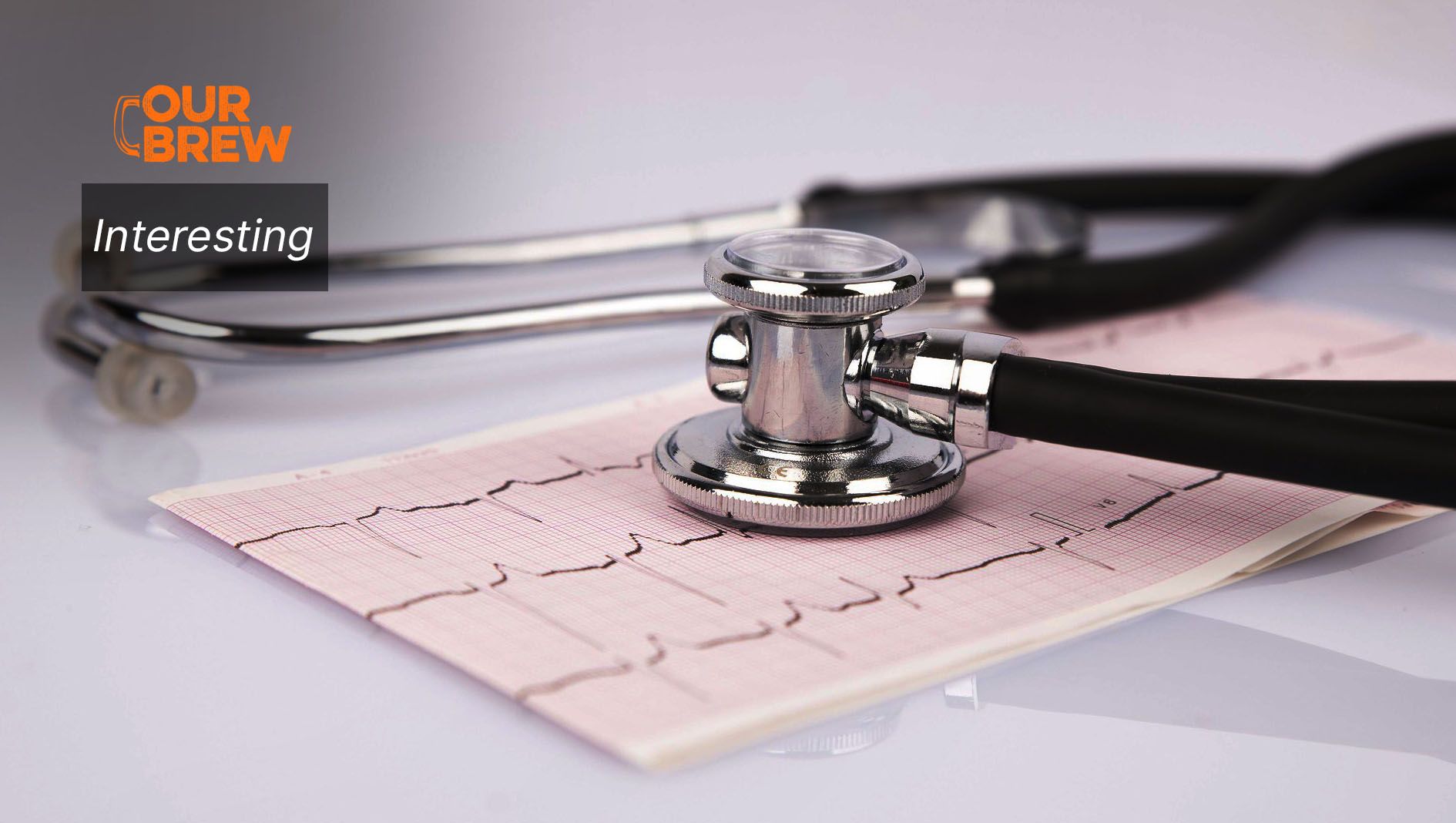 In December 1981, the Centers for Disease Control (the name was amended to add “Prevention” in 1992) published a report detailing sudden, unexpected deaths during sleep among mostly young, male, Southeast Asian refugees in the United States. Thirty-three of those who died were from Laos, four were from Vietnam, and one was from Cambodia. “The abruptness of the deaths reported here is compatible with a cardiac dysrhythmia,” the report stated, “but the underlying mechanism remains unclear.” Proposed explanations included stress from immigration and resettlement, sleep abnormalities, undiagnosed heart defects, and dietary deficiencies, but nothing could be proven. So it began to be called sudden unexplained death syndrome, or SUDS, and was quickly recognized as a leading cause of death among young men from Southeast Asia.

This syndrome, it turns out, had bedeviled Southeast Asians for generations. In the Philippines, it was called bangungot, the Tagalog word for nightmare. “Such ‘deadly dreams’ are well known among the lay people," a Philippine medical journal noted as far back as 1917, "many of whom view them with sullen respect, if not frank terror." In Thailand, it was called lai-tai; in Japan, pokkuri. Whatever the name, the syndrome was the same: sudden death of apparently healthy young men, often at night.

Halfway around the world, similar inexplicable symptoms were encountered in 1986 by Pedro Brugada, a cardiac electrophysiologist in the Netherlands, when a Polish engineer named Andrea Wockeczek barged into his office carrying his 3-year-old son. The boy, Lech, had been experiencing frequent fainting attacks. On several occasions, Wockeczek had performed chest compressions and mouth-to-mouth breathing to resuscitate him.

Wockeczek was tragically familiar with these attacks. His 2-year-old daughter, Eva, had died several months before under similar circumstances. Doctors at his local hospital in Poland were unable to explain why she had died, and they were similarly stumped by Lech’s symptoms. They suggested taking the boy to Brugada, who had developed a continent-wide reputation as an arrhythmia specialist.

Desperate to save his son, Wockeczek snuck him out of the country. The father was on the brink of a nervous breakdown, Brugada told me some years ago from the Cardiovascular Research and Teaching Institute in Aalst, Belgium, where he was then working. “He kept saying to me, ‘I cannot stay here and you have to take care of my son.’”

Brugada’s first impression was that Lech was perfectly healthy. He was large for his age, with deep-blue eyes and curly blond locks. His heartbeat sounded normal, too, but when Brugada examined his EKG, he saw a pattern that he had never seen before, highly unusual, shaped almost like a shark’s fin. “I was worried,” Brugada told me. “And the most worrisome thing, of course, was that there was the precedent of the daughter.”

Lech was admitted to the coronary care unit at the Maastricht University. For the first two days, he was fine. On the third day, however, he developed a sore throat and a mild fever. That night, telemetry alarms sounded. When a nurse got to his bedside, Lech was unconscious, and a monitor showed his heart was fibrillating. The nurse started CPR, and an external defibrillator shock was applied, restarting the tiny heart.

“This is how it went with Eva,’’ the hysterical father told Brugada, “and she died finally in spite of everything.”

After the arrhythmia, all manner of tests were performed. A catheter snaked into the boy’s heart revealed no coronary anomalies. X-rays and an echocardiogram were normal. Even tiny biopsies taken of his heart were negative.

Lech stayed in the hospital for several weeks. He had more episodes of cardiac arrest that were treated with cocktails of anti-arrhythmic drugs. In the end, a pacemaker was used to maintain a constant minimum heartbeat, because doctors observed that his arrhythmias often started during sleep, when his heartbeat slowed. (Implantable defibrillators were not yet widely available.)

Despite the prolonged investigation, the cause of the ventricular fibrillation remained undiagnosed. Father and son returned to Poland with a follow-up appointment with Brugada. (They eventually received asylum in the Netherlands on medical grounds.) When they returned to see Brugada, Wockeczek brought the EKG of his deceased daughter, Eva. It was identical to Lech’s.

Over the next few years, Brugada searched for this electrical pattern in other victims of cardiac arrest. “I looked everywhere for this EKG but I found nothing,” he told me. Then the EKGs of two patients, a man from the Netherlands and a man from Belgium who had both collapsed, came to his attention. He collected a few more of these unusual EKGs and, with his brother, Josep, published his results in the Journal of the American College of Cardiology. They said it “might constitute a distinct clinical and electrocardiographic syndrome.” It was soon dubbed Brugada syndrome, and it and SUDS, from Southeast Asia, were essentially shown by cardiologists and epidemiologists to be the same disease.

A few years later, scientists discovered that patients with the disease carry a mutation in a gene (called SCN5A) that controls the flow of sodium into heart cells, thus electrically activating them. Patients without the disease did not carry the mutation. Based on these and other observations, the scientists concluded that a mutation in SCN5A is responsible for the deadly arrhythmias in Brugada syndrome.

Brugada syndrome is now believed to be responsible for as many as 20 percent of deaths in patients with structurally normal hearts. Because of increased recognition, the number of diagnosed cases has grown exponentially over the past few decades. It is most common in Southeast Asia. However, it is plausible that in the United States, one person in 5,000 may be at risk. Although the disease usually strikes in early middle age, cases have been reported in babies only a few days old. SCN5A mutations have now been found in other sudden-death syndromes, including sudden infant death, or SIDS, suggesting that Brugada syndrome and SIDS may be linked. For now, the only effective treatment remains an implantable defibrillator.

Research into Brugada syndrome is an amazing example of how modern genetics and epidemiological sleuthing can shed light on disease, even one so steeped in mystery. As cardiology continues to advance, new diseases of the heart will be identified, and molecular genetics will allow us to foresee hereditary risks in ways we never thought possible. But resources are limited: It is estimated, for example, that more than 150,000 Americans may be at risk of sudden death from Brugada syndrome. If everyone was implanted with a $30,000 defibrillator, the cost could well run into billions of dollars. As was the case with Brugada syndrome, modern techniques may elucidate the cause of a disease or lead to treatments that will allow us to live with a disease but not necessarily lead to a cure. And so we may soon have to ask: Can we afford to know the truth about the many diseases for which we may be at risk?

UPDATE:Due to an editing error, reference to the term "deadly dreams," made in the headline, was removed from the body of the story. The term was used in a an early 20th century medical journal from the Philippines. The story has been updated.

Sandeep Jauhar is a cardiologist and director of the Heart Failure Program at Long Island Jewish Medical Center. He is a contributing opinion writer for The New York Times and the author of three books, most recently "Heart: A History."