Ah, The Spectacular Failures of the US in Remaking Other Countries 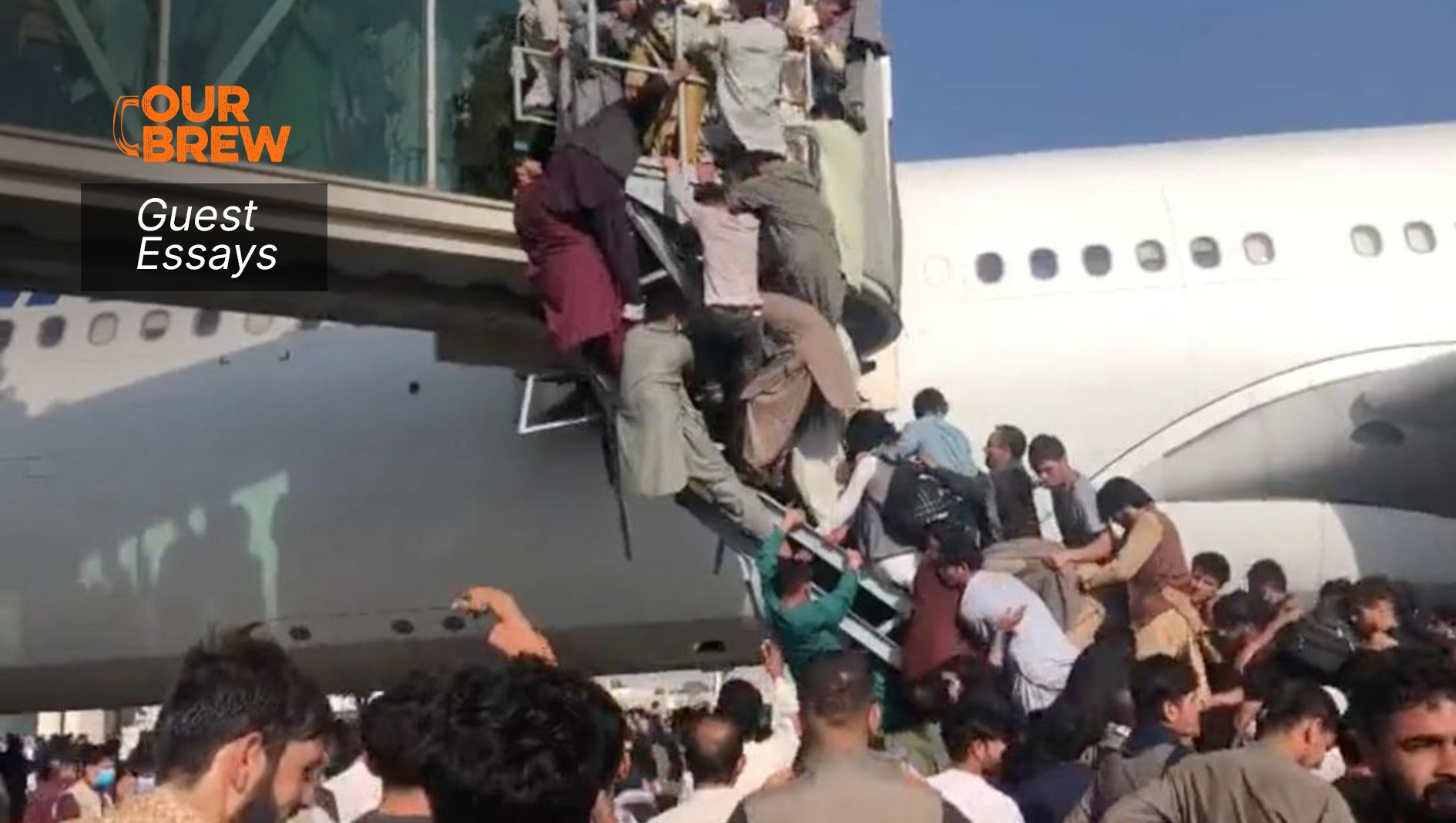 "The fall of Kabul was inevitable. Washington, once again, deluded itself into thinking otherwise. The secretary of state said, 'This is not Saigon.'

It is Saigon. It is Baghdad. It is Kabul."

In Afghanistan, American hubris – the United States’ capacity for self-delusion and official lying – has struck once again, as it has repeatedly for the last 60 years.

This weakness-masquerading-as-strength has repeatedly led the country into failed foreign interventions. The pattern first became clear to me when I learned on Nov. 11, 1963, that the U.S. embassy and intelligence agencies had been directly involved in planning a coup to depose the president of South Vietnam and his brother, leading to their executions.

I was a Fulbright Fellow, starting a long career in national security policymaking and teaching, studying in Europe. On that day, I was in a bus on a tour of the battlefields of Ypres, Belgium, led by a French history professor.

As I watched the grave markers sweep by, I was reading a report in Le Monde exposing this U.S. effort to overthrow another government and I thought, “This is a bad idea; my country should not be doing this.” And the war, in which the U.S. was directly involved for 20 years, marched on.

The American people were told we had no hand in that coup. We did not know that was a lie until The New York Times and Washington Post published the Pentagon Papers in 1971. By then, 58,000 Americans and possibly as many as 3.5 million Vietnamese soldiers and civilians had died – and the goal of preventing the unification of Vietnam had died as well.

For 15 years, the American foreign policy establishment struggled to overcome what it called the “Vietnam Syndrome” – the rational reluctance of the American people to invade and try to remake another country.

American hubris reemerged, this time as “the global war on terror.” Afghanistan is now the poster child for the sense that the U.S. can remake the world.

‘A sea of righteous retribution’

Osama bin Laden gave American interventionists eager for the next fight a huge justification – an attack on the U.S., which washed the Vietnam Syndrome away in a sea of righteous retribution against al-Qaida.

The al-Qaida attack on the World Trade Center and the Pentagon also gave interventionists the opening to invade Iraq, as an extension of the war on terror. We built on the terrorism lie – Saddam Hussein was no friend of the 9/11 terrorists – by arguing that he had weapons of mass destruction. American hubris ran the full course as we invaded another country, overthrew its government and aimed to build a new nation, all of which have kept American troops in a dysfunctional Iraq for 18 years.

And the truth, which insisted on penetrating the American delusion, was that the war meant the deaths of 8,500 American troops and civilians and at least 300,000 Iraqis as well. No modern, rebuilt Iraqi nation has emerged.

And now the country faces the dark at the end of the tunnel in Afghanistan, where lying and self-delusion have continued for 20 years.

An initial mission intended to remove the Taliban and close the al-Qaida training camps succeeded, though Osama bin Laden slipped away for another 10 years. But hubris kept the U.S. from stopping there.

The mission expanded: create a modern democracy, a modern society and, above all, a modern military in a country with little history of any of those things.

A new generation of U.S. officials in uniform and policymaker suits and dresses fooled the American people and themselves by lying about how well the effort was going.

The failure was actually there to see, this time, well documented by the systematic auditing and reporting of the special inspector general for Afghanistan reconstruction, John Sopko. But government officials and the media blew by those truths, giving voice instead to the lies out of more visible officials’ mouths. The human price tag of hubris grew – 6,300 U.S. military and civilian deaths, and an understated estimate of 100,000 Afghan deaths.

Three strikes and you’re out

Three times now this country has been lied to and the media deluded as America marched stolidly over the cliff into failure.

Recriminations are flying back and forth – who lost Afghanistan is the latest version of who lost Vietnam, Iraq and, for those with long memories, all the way back to 1949 and “who lost China.” What America has lost is, I believe, the capacity to learn, to learn from history and from our own experience.

I’d argue that no one who was paying attention should be surprised that the Taliban swept back into Kabul in a nanosecond. Or that a failed enterprise like the Afghan national army collapsed. Army and special operator trainers who went there could see the corruption, the personnel who left in the night and the disdain for corrupt political authorities in that army.

Many brave, honorable Afghans fought there, but the cohesion and commitment, the belief in their mission, was not there.

By contrast, the Taliban were organized, dedicated and coherent, and armed and trained for the actual combat taking place, not for European-style trench and tank warfare. The Taliban clearly had a plan that worked for that country, as the speed of the takeover shows. It succeeded; the U.S. and the Kabul regime failed in what became mission impossible.

The fall of Kabul was inevitable. Washington, once again, deluded itself into thinking otherwise. The secretary of state said, “This is not Saigon.”

It is Saigon. It is Baghdad. It is Kabul.

[Over 110,000 readers rely on The Conversation’s newsletter to understand the world. Sign up today.]

He was the Associate Director for National Security and International Affairs, Office of Management and Budget, the White House, 1993-97.

Adams is a Non-Resident Fellow at the Quincy Institute and a Distinguished Fellow at the Stimson Center. Adams is a regular columnist in Foreign Policy online. He is co-author of The Militarization of US Foreign Policy? Mission Creep (2014). He was a fellow at the Woodrow Wilson International Center for Scholars in 2006–07. For the previous seven years, he was a professor at the Elliott School of International Affairs, George Washington University, and director of the school’s Security Policy Studies Program. He was previously deputy director of the International Institute for Strategic Studies in London and served for five years as the Office of Management and Budget's associate director for national security and international affairs, the senior White House budget official for national security. He has been an international affairs fellow at the Council on Foreign Relations and received the Department of Defense Medal for distinguished public service. He has testified numerous times before Congress on defense spending and national security issues; writes frequent columns for major media outlets; and is a regular blog contributor at Battleland (Time), Capital Gains and Games, The Will and the Wallet (Stimson Center), and National Security Experts (National Journal). Adams is widely quoted by national media on national security policy and budgets. He has published books, monographs, and articles on defense and national security policy, the defense policy process (The Iron Triangle: The Politics of Defense Contracting), and on national security budgets. His most recent book is Buying National Security: How America Plans and Pays for Its Global Role and Safety at Home (Routledge, 2009).