’We have lost the fight against COVID’ 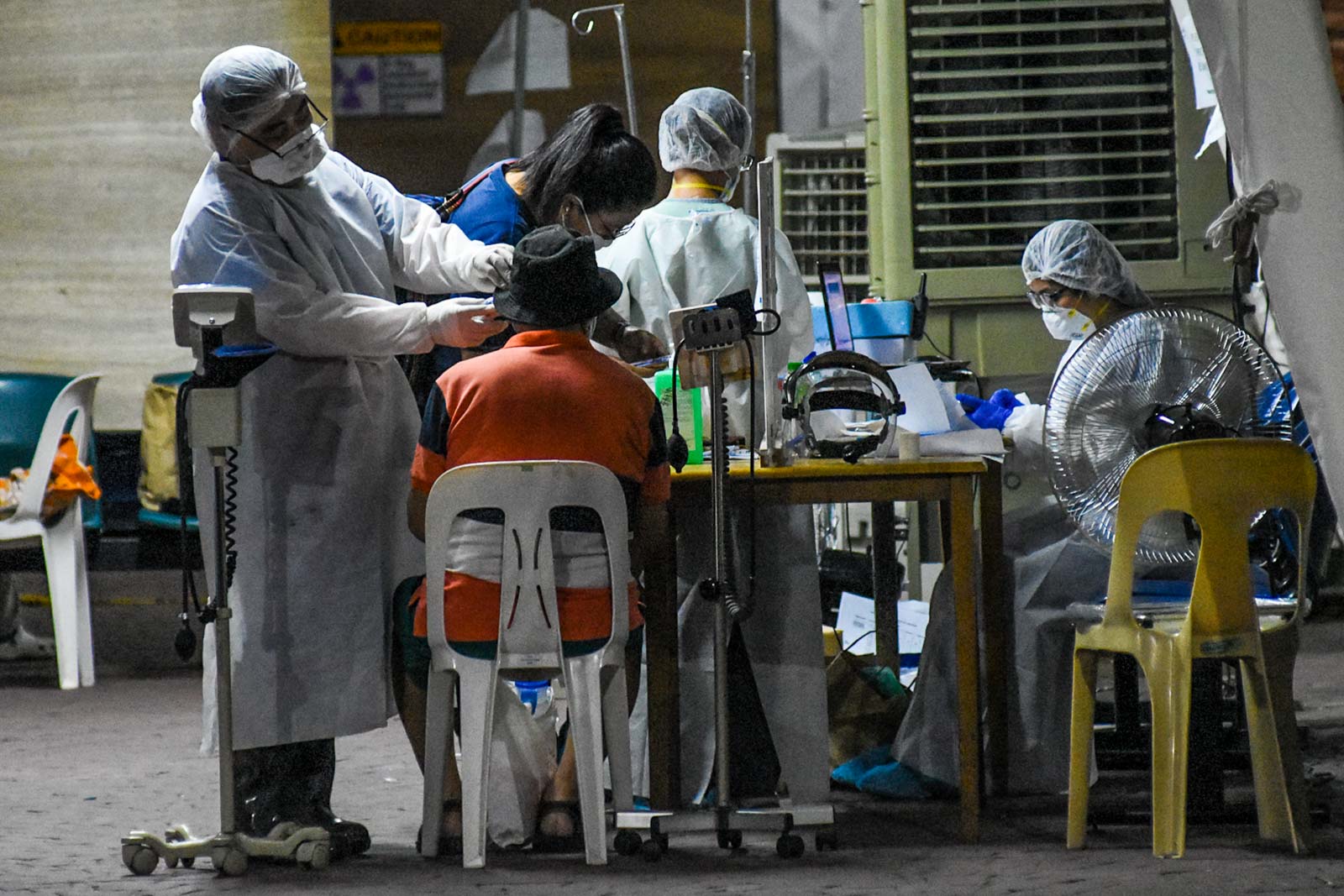 The country has lost the fight against COVID-19, the president of the Philippine Hospital Association (PHA) said.

Asked by broadcaster Arnold Clavio over radio station DZBB if we are losing the fight against the virus, Dr. Jaime Alora said:

As the PHA head offered this grim outlook, the Department of Health (DOH) has formally recommended to the Inter-Agency Task Force (IATF) a one-week extension of the lockdown on Metro Manila, Bulacan, Cavite, Laguna and Rizal.

Metro Manila and the four provinces have been placed on lockdown from March 29 to April 4, but health experts said one week was not enough to slow down the surge in infections.

In his interview, Alora said all hospitals have reached full capacity, and can no longer accommodate new cases.

The situation is aggravated by the lack of nurses, he added.

Doctors have said patients are being treated in hallways, parking lots and open spaces. The OPM singer Claire de la Fuente, who died on March 30, was reported to have tested positive for COVID-19 but could not be accommodated by the hospital.

On March 30, the DOH recorded 9,296 new cases of COVID-19 infections, bringing the total number of cases to 741,181. The figure does not include data from nine laboratories.

The figure represents the fifth straight day where the number of new cases exceeded 9,000. It also pushed the total of active cases to 124, 680, according to the DOH.

In a televised address, President Duterte said he was “close to tears,” and warned Filipinos to prepare for harder times ahead.

Government, he admits, was finding it difficult to purchase vaccines.

“That is how hard it is para makakuha lang talaga tayo…Gusto ko na ngang umiyak sa harap ninyo pero naubos na ang luha ko,” he said, a marked departure from his previous statements where he assured the public that vaccines will soon be available and that the pandemic is a “small matter” that will be resolved by trusting government.

“For the past four weeks, you can see that it really deteriorated. And look at the average. From 1:7, this is the national average, it went down to 1:3,” he told congressmen.

Government has been faulted by the World Bank for relying heavily on lockdowns rather than mass testing and contact tracing.

“With shutdowns, there is a big trade off with lives and livelihoods. You will hurt livelihoods but you will save some lives. But testing, tracing, you can get a double boost, you contain the disease and also boost the economy because you create greater confidence,” a World Bank official said.