"What Happened to All the Promises, Mr. President?" 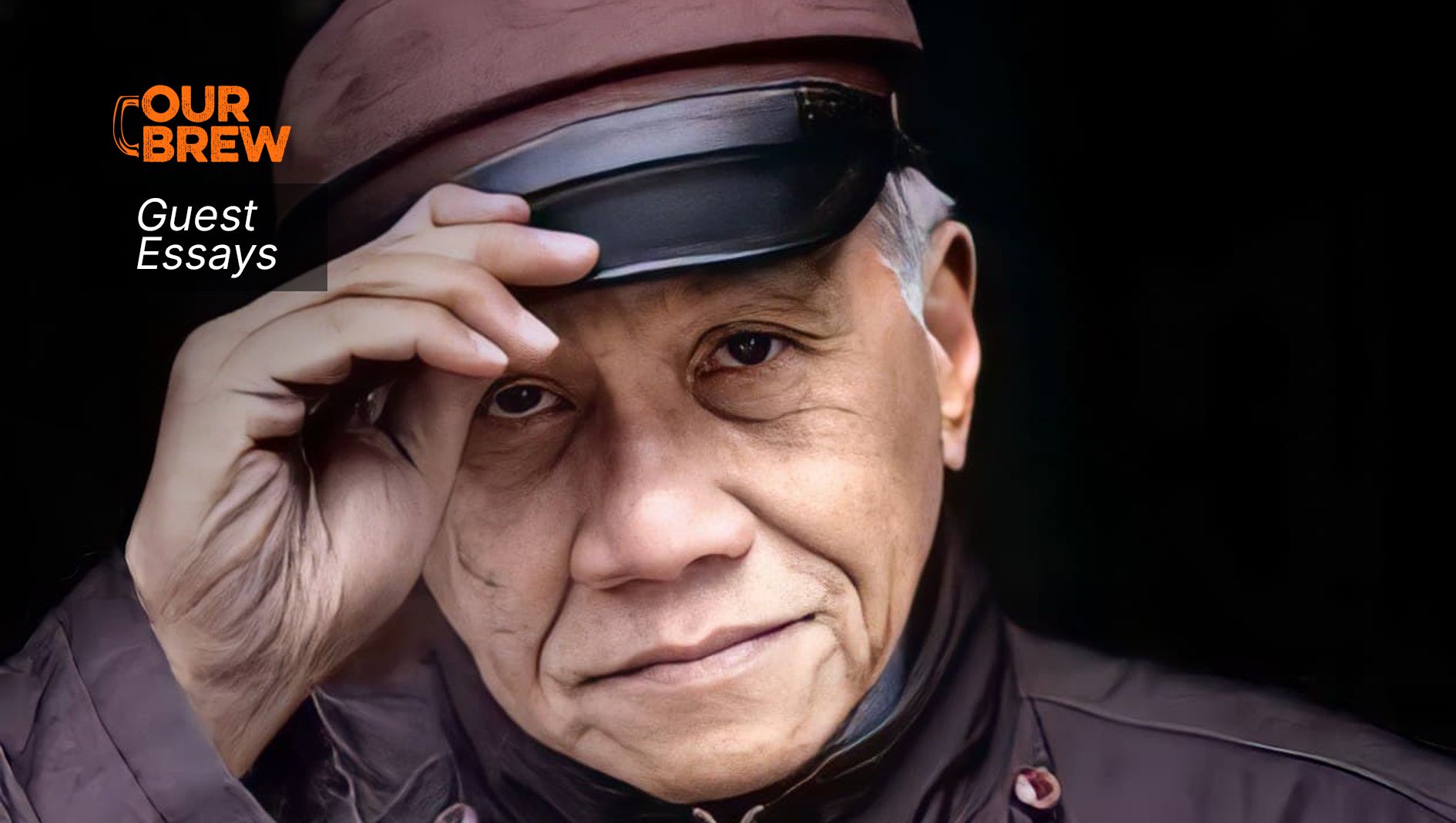 The Duterte administration has the distinction of having passed the most neoliberal, pro-Big Business, and pro-foreign investor measures since the presidency of Fidel Ramos.

With his economic agencies led by US-educated technocrats and advised by members of the faculty of the University of School of Economics, industrial tariffs under Ramos were radically reduced to 1-4 per cent.  When the Philippines joined the World Trade Organization in 1995, quotas on all agricultural commodities save rice were abolished, being replaced with “minimum access volumes.” Deregulation and privatization were also hallmarks of Ramos’ reign, earning him and his finance secretary, Bobby de Ocampo, the applause of international business groups.

Other major initiatives were legislated during the succeeding three administrations, those of Joseph Estrada, Gloria Macapagal Arroyo, and Benigno Aquino III, such as the landmark Electric Power Industry Reform Act (Epira) privatizing energy generation.  Mostly, though, these administrations focused on the implementation of the neoliberal measures initiated by Ramos.

With the Duterte administration, big business and foreign investors have had a field day.  Like Ramos and de Ocampo, Duterte and his finance secretary, Carlos Dominguez, have become the darlings of Big Business and foreign capital owing to their successfully pushing through Congress measures long coveted by these powerful economic actors.

The most important of this is the Amended Public Services Act that awaits the signature of the president.  This act is notorious for being unconstitutional.  The 1987 constitution says telecommunications, domestic shipping, railways, expressways, tollways, and airports are public utilities.  By simply redefining them as “public services” instead of public utilities, the Amended Public Services Act will allow 100 per cent ownership of these utilities.  Debate on what should have been an amendment to the constitution via a constitutional convention or constitutional assembly was thus circumvented, with hardly any opposition in both the House of Representatives and the Senate.

The elimination of the nationalist provisions of the constitution had long been demanded by the foreign investors’ lobby.  The Covid 19 pandemic provided a perfect opportunity for them to push their goal in the form of the Amended Public Services Law, justifying it as necessary to create foreign-owned enterprises that would “assist” the country to “recover” from Covid 19.

Bringing Down the Corporate Income Tax

The foreign corporate lobby, allied with local local Big Business, also used Covid 19 as an excuse to bring down the corporate income tax (CIT) from 30 per cent to 20 per cent for domestic corporations and 25 per cent for foreign corporations under the so-called “Create Act” that was passed in April 2021, asserting it was necessary in order to bring in investments to help revive the economy.  This steep reduction of the corporate tax must be seen in the context of the earlier “Train Law” of 2018 that increased excise taxes on fossil fuels and petroleum products, automobiles, and sugar-sweetened beverages.  Since excise taxes fall mainly on the poor and the middle class, the total effect of the conjunction of the imposition of excise taxes and the slashing of the corporate income tax is to take burden of taxation away from the rich and foreign corporations and place it on the middle class and the poor.

The foreign investor lobby, working closely with the Department of Finance, also successfully pressured Congress to pass the Amendment to the Retail Trade Liberalization Act, which the president signed into law in December 2021.  The amended act brings down the minimum paid-up capital requirement for foreign corporations seeking to do business in the Philippines from P125 million to P25 million.  This invitation to foreign retailers is expected to drive many small and medium enterprises out of business, with their only chance of survival reduced to becoming subsidiaries of the well-capitalized foreign firms that are expected to troop into the country.

Another measure that the foreign investment lobby rammed through using the Covid 19 excuse was the Amendment to the Foreign Investment Act (FIA), which is still awaiting passage as a “midnight” measure by the outgoing administration.  The proposed FIA amendments seek to change a provision of the current FIA which currently states that small and medium-sized domestic market-focused enterprises with paid-in equity capital of less than $200,000 are reserved for Philippine nationals. The proposed amendment will reduce the “Filipinos only” paid-in capital requirement to $100,000 to allow the entry of foreign owned domestic-market enterprises that are involved in “advanced technology” or employ at least 50 direct employees.

In addition to promoting these measures long demanded by foreign investors, the Duterte administration presented the mining industry with two gifts in 2021.  One was the lifting on the moratorium on new mineral agreements in April 2021.  The other was its ending, last December, the ban on open-pit mining that had been put in place in 2017 by Gina Lopez, the president’s first secretary of the Department of environment and natural resources.  Open pit mining is considered the method of mining that is most hazardous to the environment.  Critics of Duterte’s pro-mining moves point out that mining’s destabilization of the environment and rural communities is enormous while its annual average share in employment from 2001 to 2020 was only 0.49 per cent and its annual average share in gross domestic product was only 1.02 per cent.

Among the immediate beneficiaries of Duterte’s moves was the Canadian-Australian mining corporation OceanaGold.  The firm’s Didipio mine in Nueva Vizcaya has created tremendous damage to the environment and communities around it, leading Governor Carlos Padilla to lead a popular movement to shut it down with blockades.  With the lifting of the moratorium on new mineral agreements, OceanGold obtained a lease to mine gold and copper for another 25 years.  In contrast to its royal treatment in the Philippines, OceanaGold’s operations in El Salvador were permanently closed when the Salvadoran Congress banned mining in 2017.

The Last Nail on the Coffin

Perhaps the most damaging concession to foreign interests by the Duterte administration was the Rice Tariffication Act of 2019, which replaced the last quota maintained by the Philippines on agricultural products with tariffs, opening up the country to the massive dumping of super-subsidized rice from the US, Thailand, and Vietnam.  The US has not concealed the pressure it placed on the Duterte administration to end the rice quota, with the US Trade Representative’s Office admitting, “While the Philippine Congress considered the rice tariffication law, the United States encouraged Philippine industry to advocate for maintaining tariff concesssions….” The ending of the rice quota, admits the neoliberal Philippine Institute of Development Studies, “ultimately causes an increase in income poverty [among rice farmers], across a variety of measures, geographic categories, and time” because they would not be able to compete with supercheap, subsidized foreign rice.

The RTA is expected to worsen the Philippines’ agricultural trade account: since the Philippines joined the WTO, it has been turned into a net agricultural importing country, with the deficit growing for $149 million in 1995 to $960 million in 2005 to a whopping $7.9 billion in 2019.  The US is the prime beneficiary of the indiscriminate opening up of the country’s agricultural trade, accounting for 21 per cent of imports, followed by the European Union, whose share is 11 per cent.  These imports are highly subsidized, making it impossible for Philippine farmers to compete on an equal basis.  While Philippine farmers have very little to no subsidies, government subsidies account for 39 per cent of the average American farmer’s cost of production and 20 per cent of the average European farmer’s.

President Duterte started his six-year presidency boasting that he was a socialist and nationalist, promising that he would put an end to mining, and blaming the World Trade Organization for the ills of Philippine agriculture.  Instead, with an aggressive neoliberal Finance Minister, Carlos Dominguez, he has achieved exactly the opposite.  His administration will go down not only as having killed thousands of Filipinos with its bloody war on drugs but as also having successfully crafted into law or decreed the most the pro-foreign investor and big business policies since the Ramos administration 30 years ago.

He certainly had a lot of Filipinos fooled.  Not yours truly though.

*Walden Bello is candidate for vice president of the Philippines.

Walden Bello is the International Adjunct Professor of Sociology at the State University of New York at Binghamton.  The Chairman of the progressive coalition Laban ng Masa, he is currently running for vice president of the Philippines.  A retired professor of the University of the Philippines, he obtained his PhD in Sociology from Princeton University in 1975.  He has written 25 books and numerous articles on a variety of topics, his latest books being Counterrevolution: The Global Rise of the Far Right and Paper Dragons: China and the Next Crash, both of which were published in 2019.  He was named Outstanding Public Scholar by the International Studies Association in 2008 and received the Right Livelihood Award (also known as the Alternative Nobel Prize) in Stockholm in 2003.  He served as member of the House of Representatives of the Republic of the Philippines from 2009 to 2015, during which he was the chairman of the Committee on Overseas Workers’ Affairs.