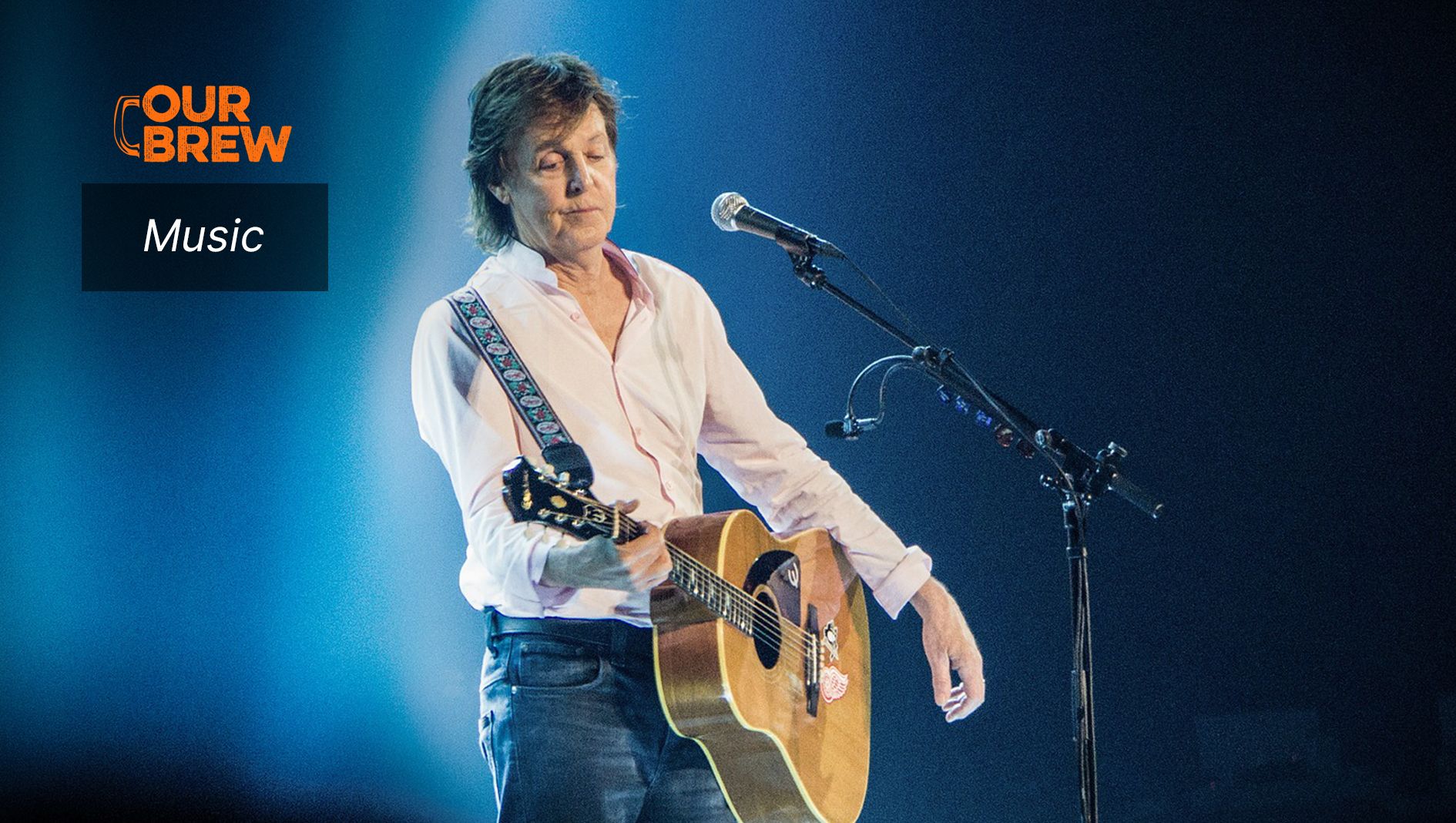 
In his new book “The Lyrics,” Paul McCartney divulges the origins of 154 of his most significant and enduring songs.

Although each song’s provenance is unique, the compendium is an unprecedented resource for those hoping to better understand both McCartney’s own creative process, and, more broadly, the human creative process.

As a behavioral scientist, I’ve tried to do just that in my own research into creativity. That work has led me to conclude that the insightful or “Eureka!” moment is largely a myth – an altogether naïve and fanciful account of innovation.

A long and winding road to ‘Eleanor Rigby’

In a book excerpt published in the Oct. 18, 2021, issue of The New Yorker, McCartney recounts, in rich and scrupulous detail, the fascinating origins of “Eleanor Rigby” – a track that some critics view as one of the Beatles’ greatest songs.

McCartney puts the lie to the stale canard that this 1966 song was the result of some sort of fully formed vision that came to him out of the blue. Instead, he underscores the unscripted and haphazard nature of his songwriting process. You might even say that “a long and winding road” – to use the name of another Beatles track – led to “Eleanor Rigby.”

There’s the way snippets of memory inspired him – his mother’s bedside jar of Nivea cold cream and his doing a hodgepodge of odd jobs for an elderly woman; the role of sheer coincidence, such as his happening to spot the name “Rigby” on a tombstone or on a shop sign in Bristol; and the practical consequence of certain choices, like replacing “Hawkins” with “Rigby” and “McCartney” with “McKenzie” because of the confusing associations to possible surnames.

These various strands converged to catalyze a melancholy song that’s perhaps the Beatles’ most marked departure from the rhythmic pop sound found on upbeat tracks like “Love Me Do.”

An intricate web of cause and effect

Without knowing the full story, people often believe that the creative things we make and do arise by premeditation – by design.

I propose a dramatically different account in my new book, “As If By Design: How Creative Behaviors Really Evolve.”

In the book, I point to the origin and evolution of a wide variety of innovations, such as the butterfly stroke, the high-five, the Heimlich maneuver, the moonwalk and the Iowa caucuses.

Because of their striking suitability to the situation, all of them seem to have been ingeniously designed in advance. But, more often than not, these creative acts have actually arisen thanks to an intricate web of cause, effect and happenstance.

Consider the butterfly stroke. The technique wasn’t instantly invented by a swimmer who one day decided to create an altogether new and faster stroke.

Instead, three key factors helped give birth to the butterfly stroke.

First, the context: In the 1930s, University of Iowa swim coach David Armbruster was working tirelessly with his swimmers to improve their breaststroke speed.

Then, there was serendipity: Armbruster happened to notice one of his swimmers, Jack Sieg, playfully using a sideways dolphin kick underwater to produce great speed.

As a result, Armbruster and Sieg experimented with the combined windmill arm stroke and belly-down dolphin kick to achieve unmatched speed.

Creating a new swimming stroke was never on the agenda. Indeed, these changes made to the breaststroke were never sanctioned. Only decades later did the so-called “butterfly stroke” receive sanctioning as a separate Olympic event.

When it comes to the creative process, there is no one correct way or approach, and what works for Paul McCartney might not work for another talented songwriter.

Because of the movie’s intimacy and emotionality, Lang wanted to write lyrics that might be whispered to a lover. So he deployed a highly unusual method: typing “when you whisper my name I …” into Google search to see what came up.

“I got thousands of pornographic things and terrible things and things that were so specific I couldn’t really use them,” he told The Atlantic in 2016. “But I got a general catalog of what people say to their loved ones that they don’t want anyone else to hear.”

From this list, Lang chose a few that aligned best with his melody and produced a desirable result.

Lang had no inkling of what the final lyrics would before he began. His process could be thought of as the behavioral analog of biology’s evolutionary law of natural selection.

Then there’s Academy Award-, Tony Award- and Grammy Award-winning composer Stephen Sondheim, who actually wrote an ode to the songwriting process in his 1992 song “Putting It Together.”

The patter-paced lyrics are a tribute not to inspiration, but to perspiration.

Sondheim writes of how composing a song is no easy matter; it demands considerable time, hard work and persistence. You must start with a firm foundation. Then, step by step, piece by piece, you must build upon it, honing the piece along the way, so that each brick signifies a real improvement.

Sweating all of the numerous details in the process of “putting it together” doesn’t guarantee a payoff – the hit you seek may turn out to be a miss. But to Sondheim, any successful song requires this sort of painstaking effort.

Of course, the creative process plays a role not only in the arts, but also in sports, politics, science and medicine. Regrettably, most people blithely believe that genius, inspiration, insight and foresight are the dominant forces that foster game-changing innovations.

That’s why authoritative accounts like those of Paul McCartney, David Lang and Stephen Sondheim are so valuable. They’re objective explanations that better measure up to scientific scrutiny and avoid the knee-jerk impulse to evoke musty tropes like insight and genius, which really explain nothing at all.

[Over 115,000 readers rely on The Conversation’s newsletter to understand the world. Sign up today.]