What to Do When Dogs Fight 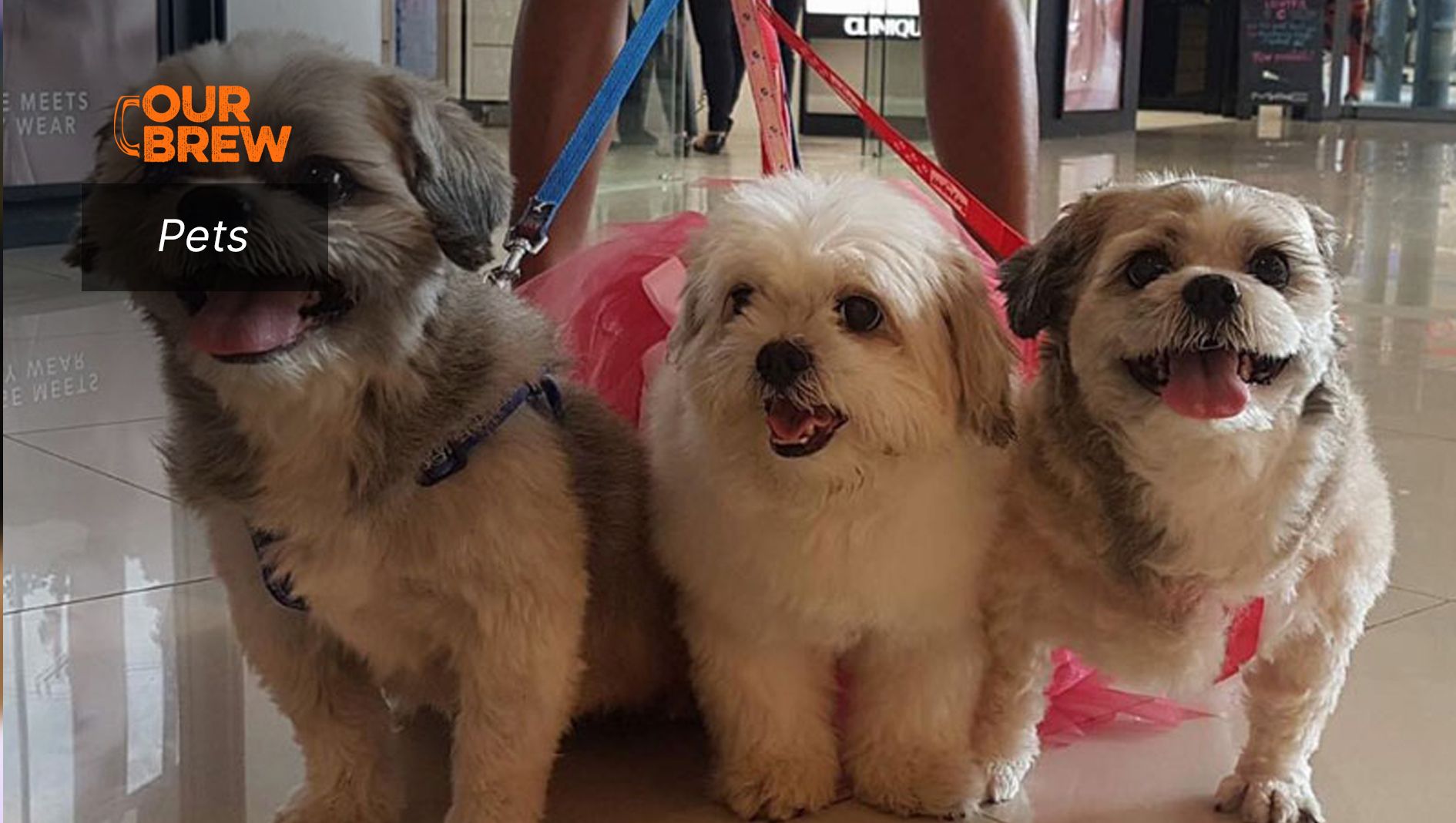 Dogs do not fight for no reason. When they do fight, they can inflict serious harm to each other. Injuries may even lead to death.

If you find yourself in a situation wherein you have to stop a dog fight, RESIST the instinct to jump in physically. This will put you at risk, said Jenna Stregowski in “Reasons Why Dogs Fight and How to Safely Stop It” in The Spruce Pets site.

Dogs fight due to several reasons, most of which are rooted in natural canine instincts. There are even situations which can turn even the friendliest dog into a vicious fighter, said Stregowski.

1. to protect one’s territory, specially when a new dog enters your place;

2. to protect its perceived pack (human and/or dog), its food, or a prized possession;

3. overstimulation when a friendly play turns into a fight;

4. redirected aggression is common with dogs that are normally friendly or live together; and

5. “When one dog can not get something it wants or becomes overly frustrated, it may take it out on its best friend simply because it’s the closest target. This may happen in a fenced yard when the aggressor can’t reach a dog on the other side but can reach its canine family member, for instance,” Stregowski said.

6. sometimes some dogs don’t get along.

“There may be something about the other dog that an aggressive dog may not like, whether it’s the dog’s personality, smell or other,” Stregowski noted.

How to stop a dogfight

Never put your hand or any part of your body near the dogs’ heads.

“Never physically get in the middle of two dogs fighting or try to grab their collars. If you put your hand (or any other body part) anywhere near the dogs’ heads, you will be injured.” Stregowski stressed.

“Don’t be foolish enough to think that a dog won’t bite its beloved owner, either. In the heat of a dogfight, your dog doesn’t see who’s intervening and will bite anything in its way. Don’t underestimate your dog. It’s not personal. Remember, if your dog is injured, it will need you to take care of it, and you can’t do that if you have been injured in breaking up a fight,” she added.

Stay calm. Do not yell unless you are calling for help. Take a deep breath and focus on the task at hand. Tell others on the scene to do the same.

Remove children from the area. Keep people away. If possible, only the dogs’ owners should be involved in breaking up the fight.

3. Spray the dogs down

If available, spray water from a garden hose at the heads of the dogs. Aim for the eyes and nose of the more aggressive dog.

A bucket or spray bottle with water is less effective but is better than nothing if you do not have access to a hose.

Citronella spray like Spray Shield or vinegar spray in the face can break up a less-intense fight but not the worst fights, Stregowski said. She encouraged dog owners to bring citronella spray with them.

“Dogs really dislike the smell and it could offer a brief distraction. In fact, many veterinary experts recommend citronella sprays over pepper spray. It may be just as effective and doesn’t have potentially harmful effects. Pepper spray and CO2 fire extinguishers have been suggested but really should only be used as a last resort as they can cause damage to a dog’s eyes, skin and mucous membranes not to mention potentially harm people nearby,” Stregowski said.

Noise can distract dogs. “Air horns or the sound of a car horn may be jarring enough to snap fighting dogs out of it. This is less likely to work on intense fights, though. Shouting and screaming at the dogs rarely works and usually has the opposite effect of intensifying the fight,” Stregowski said.

5. Use some objects strategically

Some objects can be used to break up a fight:

a. A heavy blanket thrown over the dogs may momentarily break their focus and help end the fight. This will give you a chance to more safely separate the dogs.

b. A long automatic umbrella can be opened between two fighting dogs. The handle should be long so that your hands are far away from the mouths of the dogs.

c. Chairs and laundry basket can be put between the two dogs to separate them.

“At least the distraction may give the owners an opportunity to safely remove their dogs from the fight. However, like the many other commonly advised techniques, these don’t usually work well in cases of serious fighting,” Stregowski said.

This is potentially the most dangerous if done incorrectly.

“Some experts, however, have discovered that there’s a slightly safer way to separate fighting dogs and this is called the ‘wheelbarrow’ method. This method only works if two adults are available to intervene (the dogs’ respective owners if possible). If there are more than two dogs involved, there should be one human per dog.

1. Each person should approach a dog slowly from behind. At the same time, each person should firmly grab hold of the back legs of their respective dog and walk backward (think of using a wheelbarrow). It’s important that this is done at the same time for each dog. If one dog is on top of the other, the top dog should be pulled back first, and the bottom dog should be pulled back as soon as it stands up.

2. Staying far away from the other dog(s), quickly begin circling to one side. The idea is to force the dog to keep itself upright by following the circular path with its front paws. If you stop, the dog may be able to flip around and bite you.

3. Still walking backward in a circle, move the dog to an enclosure (ideally where it can no longer see the other dog or dogs). If no enclosure is near, continue the motion until the dog has calmed down enough for you to safely attach a leash,” Stregowski said.

Stregowski continued: “In cases where one or both dogs won’t release their jaws, there are recommendations such as pressing on a dog’s ribcage or using a special ‘bite stick’ like the blunt end of a broomstick in the jaws of the dog but these methods are best left to the professionals, may not work and can even worsen the situation.”

She stressed it is not good to kick or punch the dog in this situation. “Remember to never get violent with the dogs,” she said.

Do not do the wheelbarrow method when you are alone. You will just give undue advantage to the other dog whose legs you can not hold up.

But if one dog is seriously injured and the aggressor is on top, you may be able to get the dog on top through the wheelbarrow method, away from the incapacitated dog. But this is risky.

What to do after the fight

Please do the following:

1. When the dogs are apart, keep them separated even if they seem calm.

2. If the dogs are not from the same household, let each dog go home or place each securely in a car.

3. If your dogs are involved, put them in separate rooms or, ideally, in their respective crates.

4. Check your dog for injuries, and contact the vet immediately even if the injuries seem minor. Only a vet will know if there are damages to the dog which an untrained eye may not notice.

5. Start learning and reading about dogfights so you are prepared in the future. But cancel that of course.

“Prevention is ultimately the best way to eliminate fighting and that mean’s being aware of your dog’s cues and paying close attention to other dog’s cues as well. Avoid putting your dog in situations where fights can happen. It’s best to learn how to tell when a dogfight is coming and how to prevent one from happening in the first place,” Stregowski said.

“For instance, if you notice two dogs becoming overly aroused or showing signs of aggression or one dog is dominating another too much (e.g. pinning or rolling) during play, it’s time to intervene. Stop the behavior and separate the dogs. Use distractions like treats and training to change the dynamic. Let the dogs cool off and consider preventing interactions among them in the future,” she added.