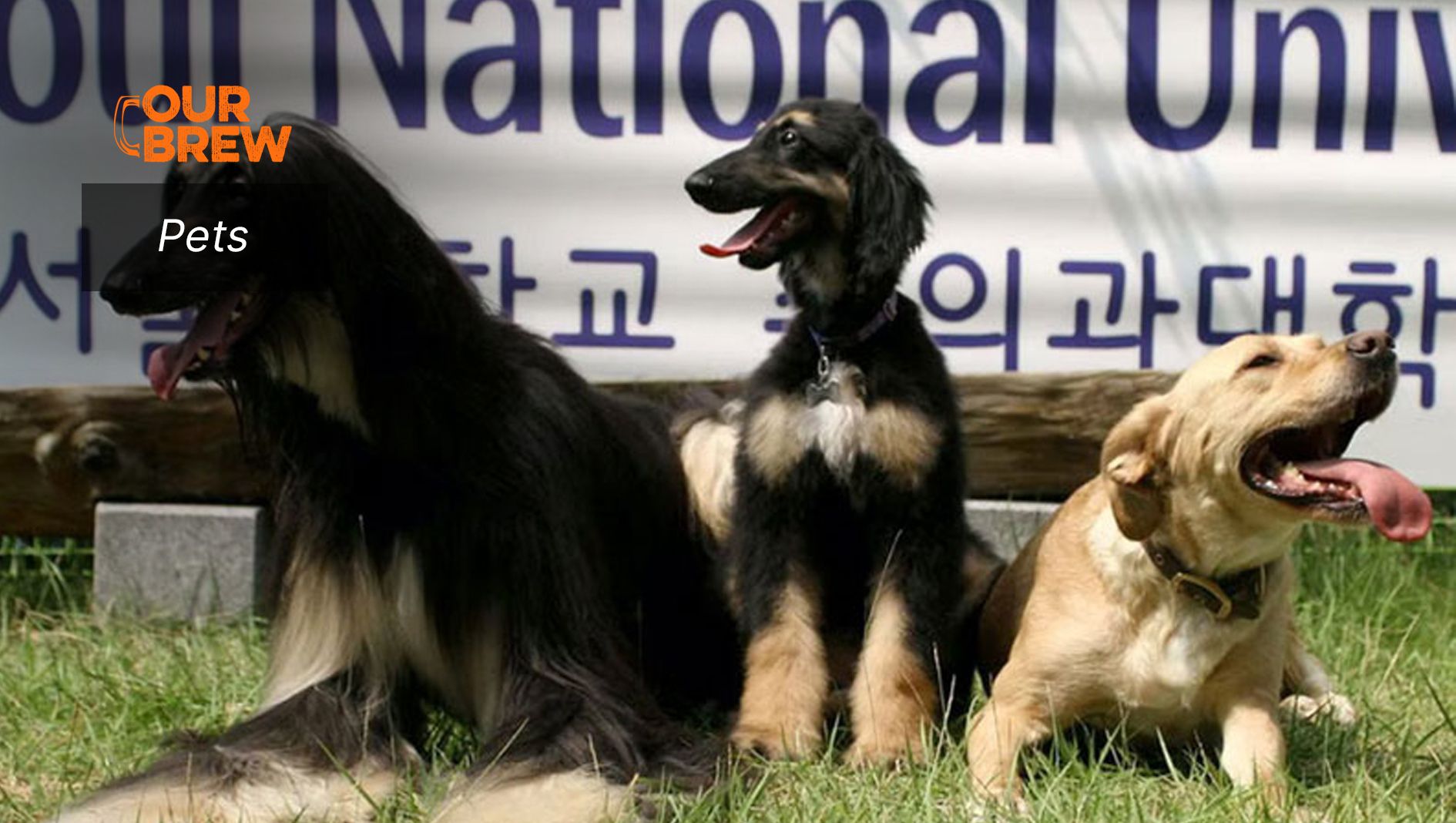 A few weeks ago, I watched a video of cat whisperer Jackson Galaxy on Youtube where he discussed cloning of pets (Attack of the Clones!, Jackson Galaxy, 4 March, 2022). Although cloning animals has been going on for more than a quarter of a century now, the topic is still controversial for most people.

The idea of cloning animals came about due to humans’ need to ensure the survival of its race. Certain species are getting endangered or on the brink of extinction. To solve a possible shortage of food derived from animals, humans thought of cloning them to ensure the continuous supply of food. The survival of the human race—its own preservation– is the extreme reason to begin with.

Cloning is part of genetic engineering studies. A “clone” means an organism that is almost an exact copy of another. “Cloning” is the process of creating the said copy.

In nature, this process can be seen occurring in particular species, species that reproduce asexually. Asexual reproduction is the process of reproduction that does not require two parents wherein the offspring comes from the body of only one organism. In plants, there are many species that have this trait when it comes to reproducing themselves. With animals, some examples that reproduce asexually include planarians, many annelid worms, including polychaetes and some oligochaetes, turbellarians and sea stars. These creatures “clone” themselves naturally. “Artificial” cloning is man-made— unnatural if you will.

How did cloning animals begin? My reference to the history of this is the History of Cloning Animals. (2016, May 2), retrieved from https://study.com/academy/lesson/history-of-cloning-animals.html.

Studies and experiments related to the concept of cloning began as early as the 1800s. The first experiment by man in imitating the natural process of cloning was done in 1885. It was not yet called cloning at the time. They called it “Twinning.” Twinning refers to the process of splitting an embryo in the very early stages of development into two or more identical cells. The term “twinning’ is used since this is the process that occurs naturally to create identical twins. Although the development of twins or even more than a pair of identical organisms is a natural thing, creating these identical organisms with scientific intervention through the process of twinning is not.

Eventually, science moved from twinning to an even more unnatural and intrusive method—-the nuclear transfer. This process involves injecting the nucleus of a cell to be cloned into an egg cell which has had its nucleus removed. To illustrate this in a simpler way, imagine a chicken egg, then see yourself taking out the yolk and leaving the egg white. Take another yolk from another egg and put that one to the first egg you have de-yolked. Then, put that “new” man-made egg into another hen to care for it until it cracks. If it does crack. This is how nuclear transfer is done. The first successful attempt was with tadpole embryos in 1952. A fully developed animal clone was created for the first time and it was a frog.

Soon after, scientists started cloning mammals. From rabbits, to sheep, to cows, they used this process of nuclear transfer. In 1984, the first lamb cloned was done by in vitro fertilization and born to a surrogate mother. In 1987, the first cow was cloned using the same method. With these first attempts before Dolly the sheep in 1996 (the very first successful somatic cell-cloned mammal), scientists were still using cells from early embryos. But with Dolly, they used the nucleus of an udder cell from an adult sheep and it was transferred to a denucleated egg cell. Since then, to this point in time, thousands of animals have been cloned already with the method that was used with Dolly.

In 2005, the first dog was successfully cloned. Snuppy, an Afgan Hound, was created using somatic cell nuclear transfer (SCNT). He was raised as a laboratory animal in an animal facility at Seol National University and died while undergoing anti-cancer treatment at ten (10) years of age. Snuppy had a life-span that was very similar to that of his somatic cell donor. He did not exhibit any notable health problems until the development of cancer, which was also diagnosed in his cell donor at a similar age (Birth of Clones of the World’s First Cloned Dog, 10 November, 2017). In the case of Snuppy, if only he could talk, he would probably tell his creators that he never asked for another life only to endure cancer all over again.

Barbara Streisand and her cloned dog

Barbara Streisand, the famous American singer-actress, cloned her pet dog twice. Samantha, her beloved Coton de Tulear dog, died in November, 2017. She had cells taken from Samantha’s mouth and stomach before she died which then were used to make the clones, Scarlet and Violet (Barbara Streisand Shares Photos of Her Dogs Posing alongside Grave of Pup They were Cloned From, Helen Murphy, 6 June, 2019).

It is true that through cloning, we have achieved certain breakthroughs like preserving certain endangered species, providing a potential process to restore an extinct species, and introducing specific outcomes with certain breeds. But the cons of cloning seem to be more than the pros.

To start with, before scientists would be able to successfully grow one (1) clone-alive, implant into and have it delivered (by C-section) through a surrogate mother, many egg cells, embryos, and surrogate mothers will have been sacrificed with the trial-and-error of the SCNT method. In the case of Snuppy, almost 2000 eggs were used to make the cloned embryos. They were able to develop 1095 embryos. And they used 123 dogs as surrogate mothers (Meet Snuppy, the World’s First Cloned Dog, Joe Palca, 3 August, 2005).

Animal cloning is far from being a perfect science in this case. To make one good clone, you sacrifice thousands of other animals. This is simple math and this is not a good ratio, if you would ask me.

“From a reproduction standpoint, every other method is better than cloning. Animal cloning is the least reliable method of reproduction right now. Numerous defects occur during the cloning process that are potentially fatal to the offspring. Even if you were to front the $20,000 to clone your favorite cow, there is a 25% that the animal will suffer from ‘hydrops’ which causes edema. About 6% of cows are oversized, which may threaten the life of the mother. It took hundreds of attempts to produce the first successful animal clone.” (Animal Cloning Pros and Cons, Natalie Regoli, 28 November, 2018)

In every related literature that I have read on the pros and cons of animal cloning, the same ratio appears—more cons than pros. This is something that is not hard to understand if it is a good thing. I certainly would not have a hard time deciding if I am thinking of having my most loved pet cloned or not with this ratio, even if I had the means just like Barbara Streisand. Yes, the process is horrifyingly costly. ViaGen (Pets and Equine) charges $50,000 paid in two equal installments in cloning a dog and $35,000 paid in the same manner in cloning a cat. This excludes expenses for the cell preservation, delivery (birthing), and post-delivery check-ups of the cloned pet.

Help animals in need instead

In my own opinion, I would rather choose to ease my grief after losing a beloved pet by helping thousands of animals in shelters, in pounds and in the streets, rather than wasting this huge amount of money in sacrificing thousands of other animals to raise from the dead one look-alike…. if I had the means.

I tried to conduct a survey of pet owners about their opinion on pet cloning. The question I posted was, “If money was not an issue, would you clone your pet or not? And, why?” Out of a possible 500 respondents, only 20 persons actually responded. Why many did not respond, I have no idea. Or maybe, they simply did not know a thing about cloning, and that is why they chose to refrain from answering.

Most of those who did answer said “No,” they will not clone their pet. Their reason: it would not be the same thing even if they looked exactly alike”.

One answered “Yes” conditionally. He said, “Personally (I) will go for cloning out of curiosity, but never to recover the bond I had with my deceased pet. Iba kasi yung may history at iba rin yung clone. Yung clone parang dinadaya yung sarili. But that’s just for me.”

Honestly, from the first time I heard about cloning, and that was some 42 years ago, I was very skeptical. Through the years, I did not bother to know more about it because I did not like the idea of tampering with and manipulating nature and God’s creation, for man’s personal convenience.

After having done some research on it, I must say, I see the point of scientists when it comes to saving endangered species and studying how to eradicate certain diseases through this process. But with all the consequences that come with it, it simply has too many negative sides for me to even consider it.

Like I said earlier, it is simple Math. A ratio of 9:24, with the 9 being the pros and the rest being the cons, is not a good one. I would rather cherish the memories my beloved pet left me and move on (and help other animals instead) than cheat my grief with a look-alike.