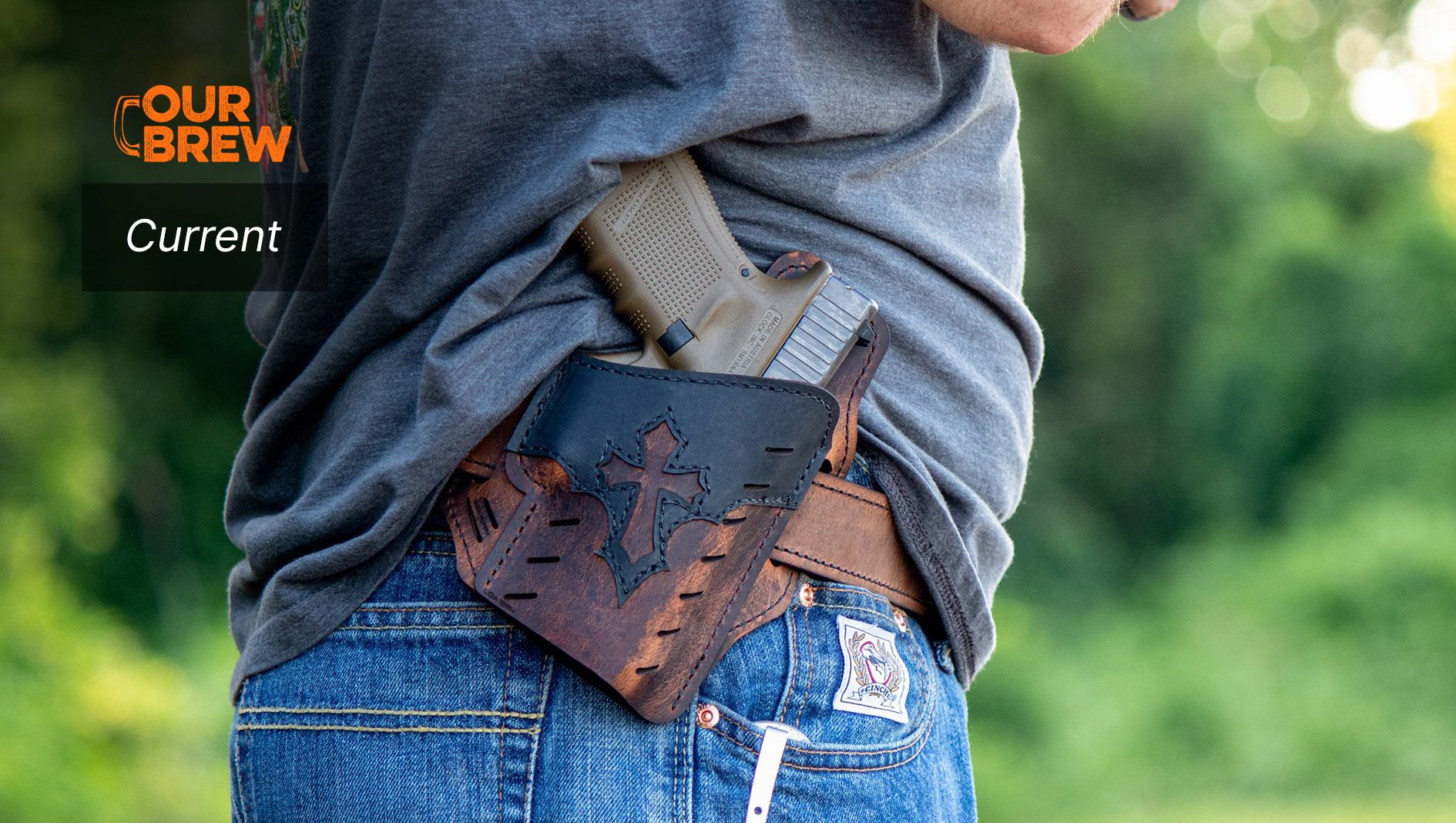 Two months after a law made it legal to carry a permitless gun in Texas, a rise in urban crime has been reported across the state involving the use of firearms

On September 1, 2022, citizens of Texas were granted the legal right to own and carry a gun without a license or permit — the effects of this decision are already apparent after only two months.

The loosened restrictions on gun rights is due to a new state law approved in May called the “Constitutional Carry law.” The law went into effect just months after Texas’s worst school shooting at Robb Elementary School in Uvalde, which ended the lives of 21 individuals, the majority of them being children.

Since the law has been in effect, populous cities such as Dallas, Texas, have seen a rise in homicides.

Many of these “homicides,” were deemed to be an act of self-defense, citizens protecting themselves from being the next victim. However, other incidents have been a result of negligent and reckless actions from those who treat the state as if it is a lawless country.

What does the “Constitutional Carry Law” entail?

The new law allows anyone 21 years or older to carry a firearm without a permit, unless they have a prior violent conviction or are barred by law.

According to the Texas Tribune, most residents had been required to obtain a license to carry, having to go through an extensive background check containing fingerprint scanning, four to six hours of training, a written exam and a shooting proficiency test.

Gun advocates in the state have long pushed for permitless carry laws in Texas, yet in 2021, with a change in House leadership and a growing number of states with similar laws — advocates saw this as an ideal opportunity to finally push the “Constitutional Carry Law.”

In May, the Senate agreed to negotiate the piece of legislation, and soon after in an 82-64 vote, the law was passed. The Constitutional Carry Law went into effect September 1st.

Alongside the permitless gun carry law, other laws include one that would remove government officials from office who discriminate against the firearm industry, another one that would remove firearm suppressors from Texas’s list of prohibited weapons as well as a House bill that prohibits state and local governments from enforcing new federal gun regulations.

In essence, the new law ensures the right of Texans to carry guns long-term and has squashed any chance of opposition.

Despite the overwhelming amount of support from House representatives, many law enforcement officers expressed fear of increased crime rates due to the new gun ownership.

“When it comes down to it, it’s just a sense of disappointment that the bill ultimately was passed,” said Kevin Lawrence, executive director of the Texas Municipal Police Association.

Lawrence adds one of the reasons why the law got passed was because of increased crime rates last year and a lack of confidence in the police. Additionally, he states the “defund the police” movement last year was a huge part of the bills passing — the “defund the police” movement which called for lowering law enforcement budgets and redistributing these funds to social service programs.

“The entire process was done to appease a certain block of voters, to appease a very, very vocal, active group that were just demanding that they be allowed to carry guns,” Lawrence said.

In order to appease officers’ concerns, lawmakers included a requirement that the Department of Public Safety offer a free online firearm training course.

Crime in Texas has risen mostly in urban areas

According to Dallas police chief Eddie Garcia, there has been a rise in homicides, deemed to be self-defense, since the law was put into effect.

“We’ve had justifiable shootings where potential victims have defended themselves,” said Garcia. “It cuts both ways.”

Sheriff Tom Schmerber of Maverick County also reported an increase in shootings: “Now that everybody can carry a weapon, we have people who drink and start shooting each other,” said Schmerber. “People get emotional,” he said, “and instead of reaching for a fist, they reach for a weapon. We’ve had several shootings like that.”

However, other officers report no increase in violence, such as Michael Mata, the president of the local union in Dallas, and Sheriff David Soward of Atascosa County, outside of San Antonio.

Soward states there has been no increase, “only a small percentage of people actually tak(ing) advantage of the law.”

This suggests that crime levels have remained relatively unchanged. However, since the law has gone into effect, there has been no statewide statistics reported as it is too early to tell.

Despite the blurry picture that emerges, perhaps an event reported by the New York Times from last year, when a 9-year girl was killed in an act of “self-defense,” illustrates the kinds of problems that can arise as a result of permitless gun laws. The girl, Arlene Alvarez, was killed after Tony Earls pulled out his firearm to shoot a man who had just robbed him and his wife at an A.T.M in Houston.

At a February news conference, a reporter asked Earls lawyer, “Is Mr. Earls licensed to carry?” The response was: he didn’t need one. “Everything about that situation, we believe and contend, was justified under Texas law.” In July, a grand jury declined to charge Earl with any crime.

All the above are driven by uncontrolled outbursts of emotions that – because guns are readily available – transform themselves into shooting sprees instead of (more usual) screams or fist fights.

Australia’s take on gun violence: would it work better?

On April 28, 1996, 28-year-old Martin Bryant walked into a cafe in Port Arthur, Australia, opened fire with a semi-automatic rifle. As a result, 35 people were killed and another 28 were wounded.

Australia’s new prime minister at the time, John Howard, took swift action to ensure something like this would never happen again, citing the problem as too many guns in Australia that were too easily accessible.

The month after the shooting, the National Firearms Agreement (NFA) was drafted, banning certain types of guns — such as automatic rifles, semi-automatic rifles and shotguns — and establishing a registry of all guns owned in the country.

Australia also introduced a mandatory buyback program, which compensated gun owners whose weapons were taken away because they were deemed “illegal” by the new law. Alongside the buyback program, anyone who handed in illegal guns was offered legal amnesty

In 2011, Harvard professors David Hemenway and Mary Vriniotis evaluated research on Australia’s suicide and homicide rate after the NFA was passed.

They found suicide rates in Australia declined by 57% in the past seven years and the average firearm homicide rate went down by roughly 42%.

Another 2018 study found that in the 18 years before the Port Arthur shooting, Australia experienced 13 mass shootings — since then one incident has occurred.

In Texas, eight mass shootings have occurred over the past thirteen years, including Texas’s most deadly mass shooting a few months ago at Robb Elementary School in Uvalde, which killed 21 persons.

In essence, what is presented is two opposite approaches — Australia’s restriction on gun rights which has led to significantly less, almost no mass shootings — and Texas’s loosening on guns rights, putting the action against mass shootings in the hands of citizens.

Statistics show Australia’s firearm violence has declined since the NFA has been passed, yet this is not the case for Texas.

The “Constitutional Carry Law” is new, and because of this, its effects may take a while to be apparent. Although, negligent shootings have already been reported in the state just two months after the law was put in effect.

Texas’s latest law is seen as a solution to the mass shootings that have plagued the state, and maybe a solution sought out by other Republican states in the future. However, only time will tell whether this is actually a solution, or if it will only contribute to a fire already raging in America — one that has been burning for far too long.

Liz is a junior completing a bachelor's degree in journalism and a minor in Spanish at Ohio University. She is an editorial intern at Impakter and currently resides in Athens, Ohio, where she also writes and photographs for the Athens student-run newspaper The Post. Passionate about writing and photography, her interests include environmental/sustainability, economics, and community issues.