Should Climate Protests Give Vandalism a Go? 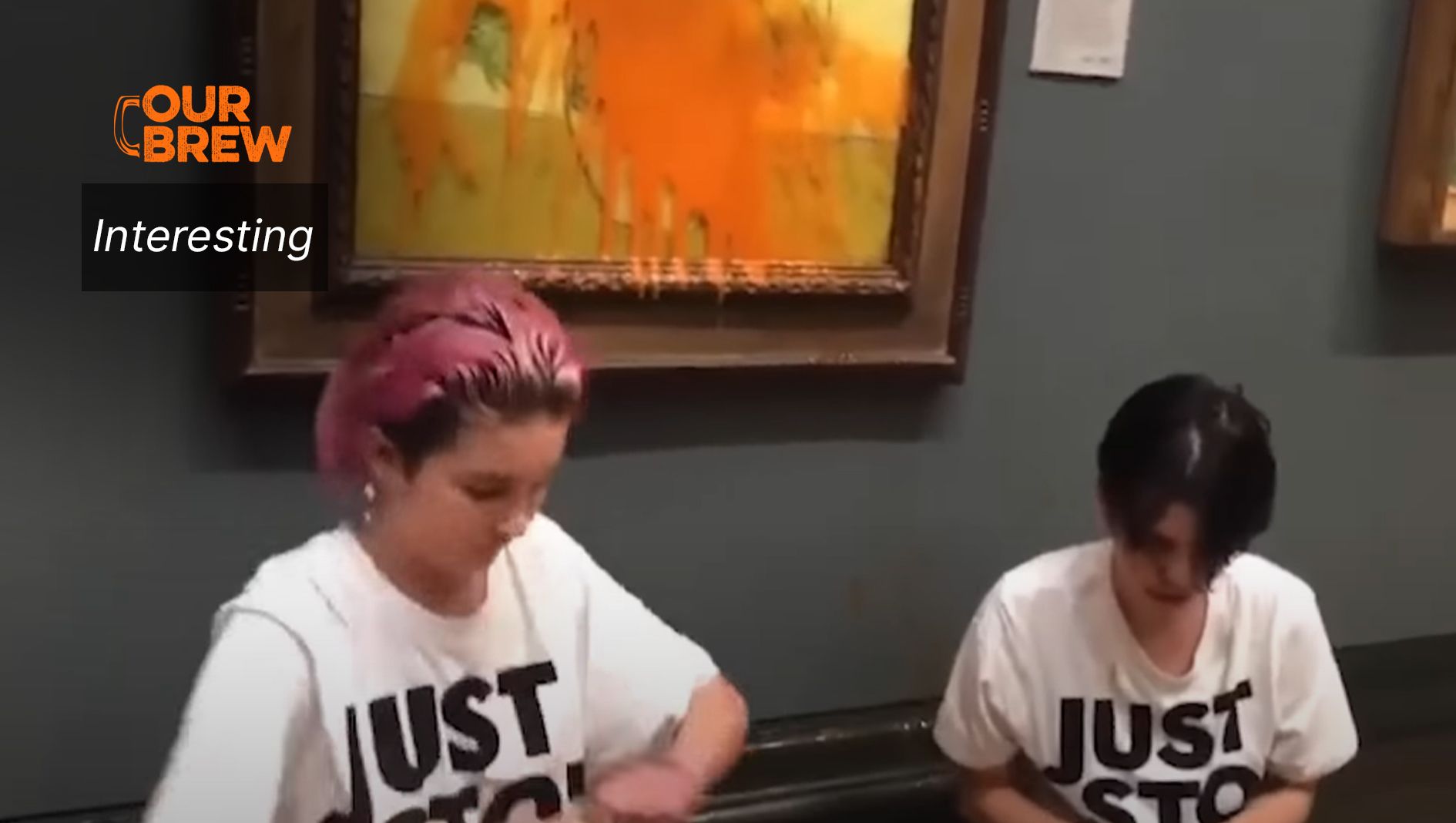 Last week saw examples of exacerbated climate activism, from throwing tomato soup at a Van Gogh painting to turning off store lights, coming after episodes of glueing oneself to artworks: What kind of protest works and why

This past Friday saw two young protestors attached to the activist protest group “Just Stop Oil” desecrate Vincent Van Gogh’s iconic sunflowers painting: They threw tomato soup on the canvas then crouched in front of it with t-shirts blaring out their protest message.

There is much to be said about the toll this exacted on public sentiment towards the climate cause and especially the youth participation in it: It is largely sensationalistic, serving as canon fodder to those who live in the unspeakably arrogant bubble of climate change denial, making legitimate themes of protest look frivolous and baseless. It is also propagating the narrative of the so-called “Moderates,” who will encourage completely ineffective non-obtrusive methods of protest that will just keep the status quo while comforting the conscience of the public at the same time

It is also symbolically and artistically significant that it is a work of Van Gogh that was targeted, given the man’s long and hard fight with severe depression and the resultant social isolation. This is a man revered by any and all who gaze upon this piece. It is not political or socially polarised in any way. It makes little sense to have been the target for this behaviour. The art world is problematic in many ways, but it serves the sustainability narrative a lot more than it harms it, in works of protest, in charity drives, etc.

In the days of protest staged by Just Stop Oil, a video emerged of a member spraying an Aston Martin dealership with paint. While also similarly vandalistic, this is justifiably a statement against the culture of luxury vehicles with gas-guzzling engines and the billionaire elites’ apathy to climate change

It is not, however, as simple as this. There is an angle here that borders on the conspiratorial: Funding. Just Stop Oil has a large volume of its funds coming from Getty Oil heiress, Aileen Getty. Getty routes this money through the American Climate Emergency Fund, also known to donate to similarly disruptive causes. This, along with the fact that Just Stop Oil is just a year old, shows a possibly insidious angle to all this.

Consider this paragraph from a 2021 Guardian op-ed by Getty and Rebecca Rockefeller Lambert:

“In addition to policy shifts, we must also find our way back to a deeper connection to the Earth, its well-being and our place in it. The global response to climate change must acknowledge our interconnection with nature and re-awaken our love for and connection with each other and the natural world. And we must realize that this interconnectedness is, itself, a natural resource that should not be discounted.”

The vagueness of this statement — with a refusal to state concrete action points and the plan of action against climate change being described in abstract terms — and its isolation as Getty’s only public statement on the issue is troubling, to say the least. It’s not entirely impossible that Oil money toward fringe groups who engage in largely sensationalistic and meaningless activity could well lead to a slower timeline toward legislative reform and poison the entire cause in the public’s minds.

The linkage to oil money and the improbably quick timeline of organisation of the group, however, leave this all as speculation and little more. It is worth noting that, at least on the surface level, the mission statement for Just Stop Oil is precise and concrete: To force the UK government to “immediately halt all future licensing and consents for the exploration, development and production of fossil fuels in the UK.”

Two direct parallels to consider are from Milan and Melbourne:

The more famous spiritual predecessor to groups like Just Stop Oil and Ultima Generazione is Extinction Rebellion. They had members in Melbourne glue themselves to a Picasso painting at an exhibit. There isn’t much credence to give here, seeing as the purpose was to force “action against climate change,” which is near meaningless.

In contrast, the “On The Spot Parkour” collective in Paris recently gained fame and adoration on the internet by using their abilities to get into difficult places to switch off wasteful lights. Simple, straightforward action without anger, negativity or polarisation is clearly effective here.

The sentiment is widely accessible and easy to scale in the messaging of turning off unnecessary lights, which is participative and encourages mindfulness towards the little everyday solutions.

Again, cynicism would drive us to blaming the big corporations and asking for legislative and regulatory action, and usually rightly so, but it is worth considering that these lights being turned out were those put on for commercial purposes and largely non-utilitarian.

This was also a message to these places in Paris and further afield to not leave shop and building lights on all night.

From a messaging standpoint, it is well known that, in a post-covid world, positivity entails vitality, negativity engenders criticism. A quick glance through social media would tell you exactly why Paris is a better example than Milan or Melbourne, and definitely a world better than London.

Climate change denial is largely a narrative of older people in denial, extreme action from the cause only exacerbates the cognitive dissonance from the opponents to the cause.

Considering how polarising this issue is to the right wing in the West, and to any policymakers under the influence of lobbyists almost anywhere in the world, creating a punch line and a go-to example to discount any of the many climate change causes should be avoided and condemned at all costs.

Eeshaan Singh-Basu is a writer and musician who goes professionally by HyphenBasu. Eeshaan enjoys riding bicycle, listening to Taylor Swift and reading fantasy fiction. Eeshaan’s writing interests tend to be with issues in society or culture through the lens of music, entertainment and the arts. Eeshaan is proudly a TikTok obsessed Gen Z and wishes to help make the world a better place by embracing change wholeheartedly.