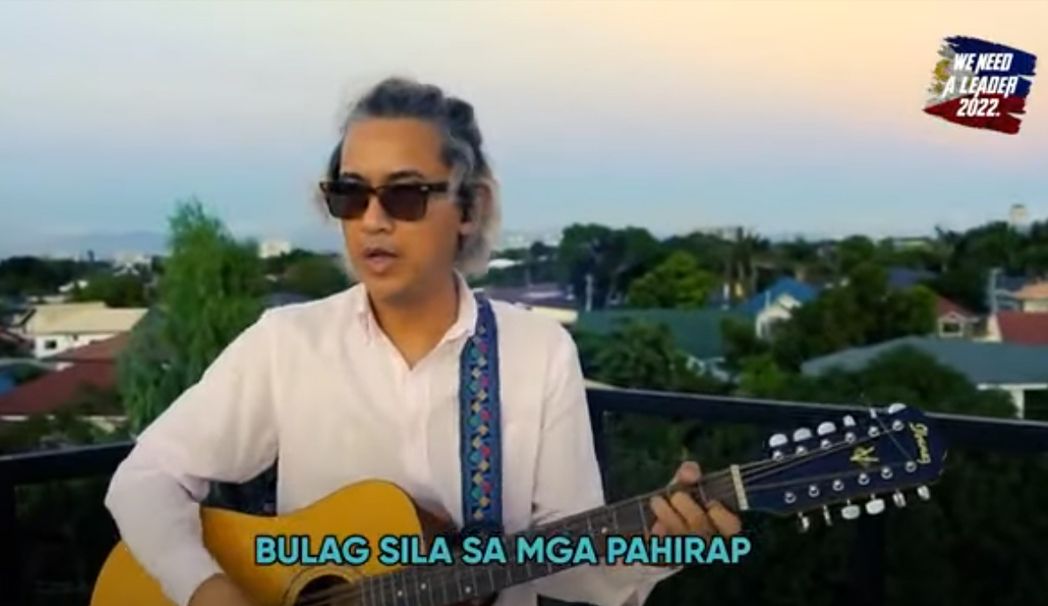 Screen grab from We Need A Leader YT Channel

Ely Buendia’s hard-hitting song has been pulled out from a YouTube channel. And some netizens are crying censorship

After spilling the beans on the real story behind his controversial hit song “Spoliarium,” former Eraserheads frontman Ely Buendia is once again the subject of online chatter.

This time, it involves the sudden removal of a music video entitled “Metro” from the YouTube channel of We Need A Leader 2022. According to a notice posted by YT, the video was deleted by the uploader.

Why was the video yanked out? Social media users have their theories. The most popular theory points to the powers-that-be who were so offended by the song’s hard-hitting commentary that they pressured the channel owner to remove it.

“Metro” confronts head-on contemporary issues ranging from poverty, abuse of power, repression of human rights, the surrender of our sovereignty,
and the pandemic. The meter is running, Buendia says, and with the presidential election barely a year away, voters should not be swayed again by promises.

The choice, he says, is between a leader who will be “pangulo” or “pang-gulo.”

The lyrics to “Metro” are uncharacteristically direct and pointed. Buendia is not known as a protest singer or for writing protest songs in the same vein as Dong Abay, Noel Cabangon or Gary Granada. That he would write and perform a song critical of our present situation is a welcome surprise to many.

While the video has been pulled out from the We Need A Leader YT Channel, it has resurfaced on Facebook on the unofficial Eraserheads FB page. As of this writing, the video is still there. On YouTube, it has also been uploaded on Neil13TV, The HungyFilipino, and Vintage Sports and Entertainment.