There can only be one 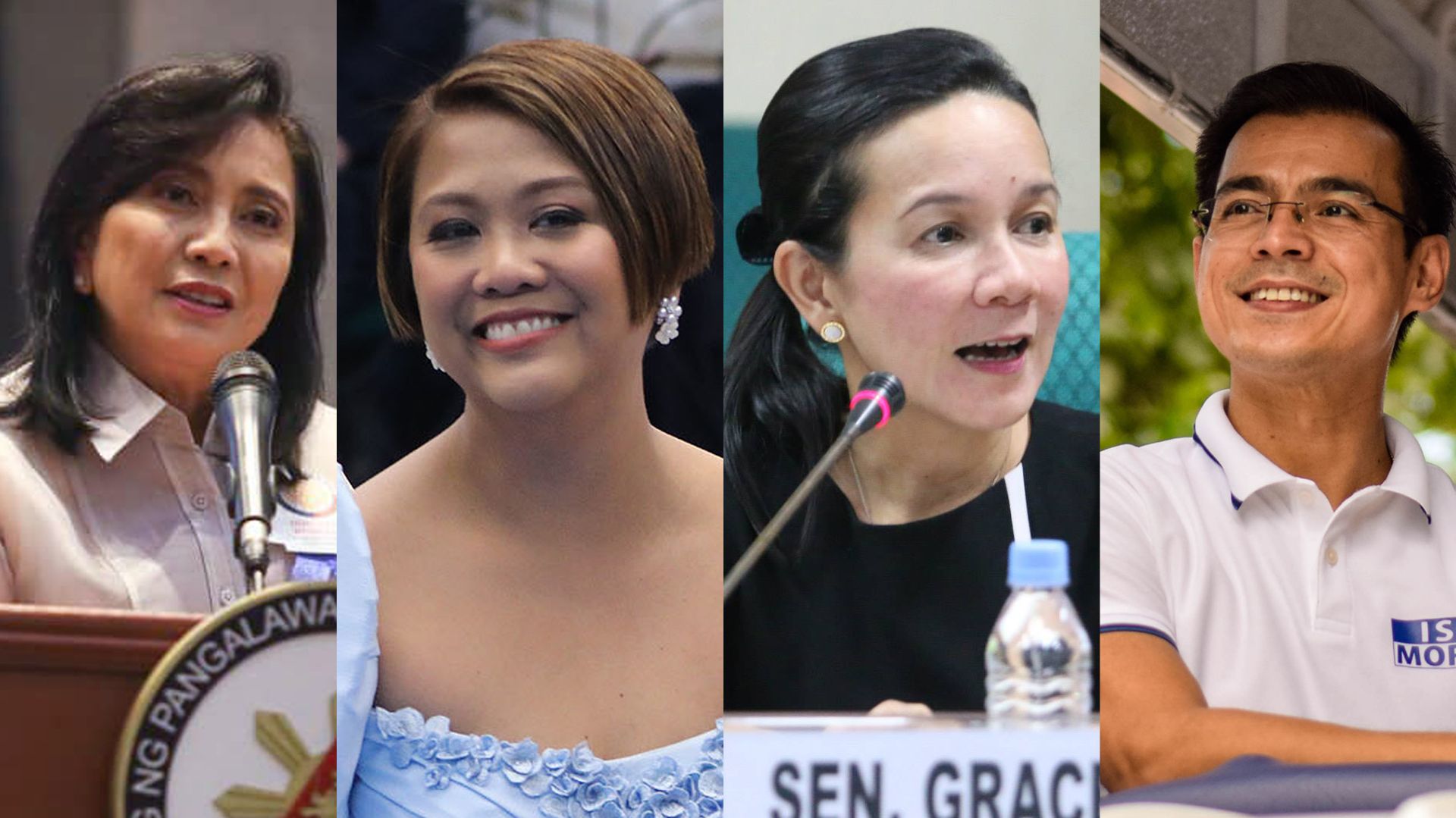 Can the opposition unite when some “dilawans” want nothing less than the coronation of Leni Robredo?

Vice President Leni Robredo, Senators Nancy Binay and Grace Poe, and Manila Mayor Isko Moreno will undergo a screening process to decide who among them will be the opposition’s candidate in the 2022 presidential election.

But this early, unity efforts are encountering resistance from members of the dilawan segment of the coalition. With the exception of Robredo, the three other nominees are being called out on Twitter for allegedly being enablers of the administration because of their “silence” on issues, particularly extra-judicial killings. Even the selection-process is being bashed for lacking integrity and principles.

It got to a point where Harvey Keh of Kaya Natin, a dyed-in-the-wool Liberal, had to tweet:

For the convenors of 1SAMBAYAN, a fractured opposition could mean certain victory for President Duterte’s anointed successor.

“All those who have joined the coalition have agreed to respect the decision of the convenors on who will be the candidates of the democratic forces,” former Justice Antonio Carpio, one of the convenors, said in a press conference last March 18.

He added, “This is the understanding of everybody that unless we are united, we cannot win in 2022.”

Another convenor, former party-list congressman Neri Colmenares of Makabayan, described the stakes in next year’s polls.

“Many of us are here today precisely because we are unified that the issue of 2022 elections, when another Duterte comes into power, will be substantially affecting our survival as a nation.”

This is not the first time the opposition has united to select a single candidate against the incumbent administration’s standard bearer.

In 1984, Lorenzo Tañada, Jaime Ongpin, and Cory Aquino formed a Convenor Group to choose the opposition’s candidate against Ferdinand Marcos should he call for early elections ahead of 1987 when his term expires.

Marcos would announce in 1985 that he was calling for a snap election in January 1986.

In the face of pressures from supporters, Cory said having a million supporters would convince her to run. Newspaper publisher Chino Roces spearheaded a signature drive and gathered the needed numbers. Cory announced her decision to run soon after.

On the other hand, Salvador Laurel of the United Nationalist Democratic Organization (UNIDO) was named as the opposition bet in a convention of political parties. But Cory was seen as the smart choice, the one with a real chance of defeating Marcos. Laurel eventually gave way and ran as Cory’s vice presidential candidate.

The political coalition 1SAMBAYAN styles itself as a broad coalition of parties and sectors, from the military adventurist Magdalo to leftist groups.

While representatives of these groups pledged to support whoever will be chosen by the convenors, several Liberal Party (LP) supporters expressed their outrage on Twitter.

Cocoy Dayao fuelled the twitter storm in a reply to Keh:

“I am all for Grace Poe and Binay joining. Why not? But we can not set aside their silence in the last five years. They should at least show by resigning their membership in the majority and start criticizing Duterte for his failures.”

Another tweet read: “There is no doubt we should all come together. How are we pro-democracy if the people who want to run on the ticket have been complicit or at the very least, silent in the last 5 years? If the basis of our alliance is not principles, then maybe we deserve to lose.”

An online search for Dayao’s profile identifies him in several news articles as the blogger behind several anti-administration sites. He has been sued for cyber libel by Senate President Tito Sotto over a blog that described the senator and several colleagues as “Malacañang lapdogs.”

Gina A. Policarpio tweeted: “Will Binay, Poe and Isko publicly denounce Duterte and his killing policies? Will Binay and Poe resign from the majority? If the answer is NO, how can they be considered as opposition?”

Arbert Bernando said in a tweet: “So I guess principles have to be sacrificed just to win in 2022. What makes it different from Duterte, then?”

Binay, in a statement issued March 19, has declined the nomination.

Will the coalition’s dilawan-wing succeed in reining in their wayward members?