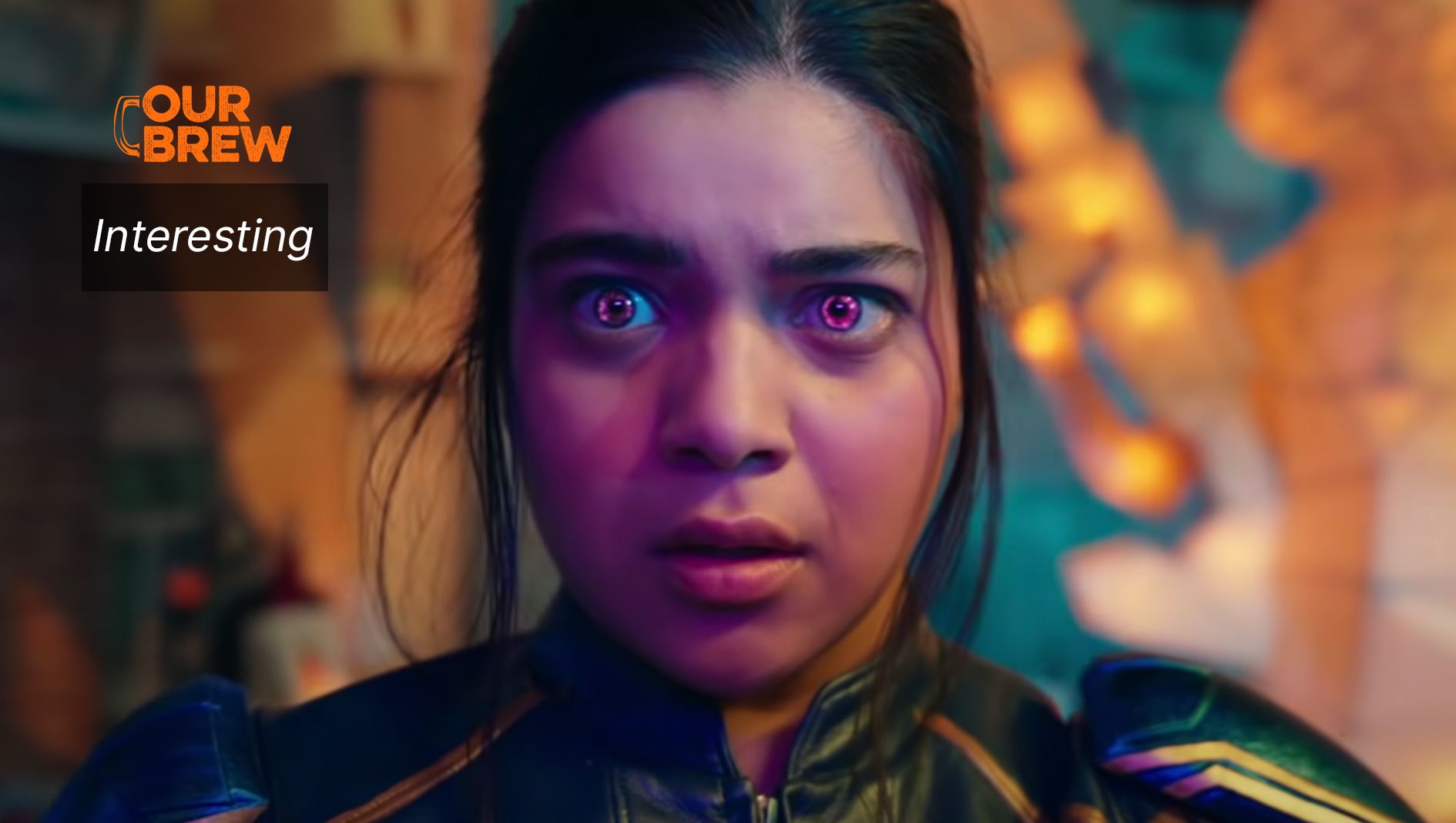 Ms Marvel is making her debut this year as the first female muslim superhero in the Marvel Cinematic Universe. Marvel/Disney


Two new Marvel heroes have been brought to the big and small screens that may be quite new to many people. The first is the titular character in the Disney+ series Moon Knight, starring Oscar Isaac, which is set in the main Marvel Cinematic Universe. The other is Morbius, an unlucky vampiric doctor, played by Jared Leto, who is the newest villain-turned-good-ish guy in the Sony Spider-Man Universe to get a film, after Venom.

These are stories featuring violent male anti-heroes – who are also characters fairly unknown to the general public. When the first Venom was released, The Hollywood Reporter noted: “The MCU makes it easy to be a Marvel fan without having ever read the source material”.

Morbius has not fared so well, bringing in the lowest box office numbers compared to its Spider-Man counterparts. Critics suggest that this might be due to the character’s “relative obscurity”. On the other hand, Moon Knight has garnered good reviews.

Like it or not, the Marvel Cinematic Universe is expanding and there are a whole host of new heroes making their way from the more obscure corners of the comic universe onto the screen. Here are five such characters who will be headlining new films and TV series as part of numerous forthcoming Marvel projects, from Disney’s Marvel Studios, and Sony.

The world’s first female, teen, Muslim superhero, Ms Marvel received a lot of praise when she made her debut in 2013 in a Captain marvel comic. Critics praised the character as a positive representation of a young Pakistani American woman who is also Muslim. This outing was so successful, the teen got her own comic the following year. She will also officially be joining Marvel’s Cinematic Universe in June 2022 with her own series on Disney+.

The series revolves around a young woman called Kamala Khan, who is a is a huge fan of superheroes. When she mysteriously gets powers, Khan is inspired by Captain Marvel to become a hero herself. Ms Marvel will be appearing alongside Captain Marvel and Photon in the 2023 film The Marvels.

In the comics, lawyer Jennifer Walters receives a blood transfusion from her cousin Bruce Banner after she’s shot by a mobster. Afterwards, she also turns green when angry. First appearing in 1980, and one of the last characters created by Marvel impresario Stan Lee, She-Hulk comics often lean towards comedy, with characters breaking the fourth wall.

While the Guardians of the Galaxy films are more comedic than their stablemates, and the two Deadpool movies were black comedies, this is the first Marvel Cinematic Universe project to overtly use this genre. So, like WandaVision which used the sitcom format as a jumping off point, this is an interesting experiment for the Marvel brand. The She-Hulk show, set for release in late 2022, is expected to have audiences laughing more than any hero before her.

Werewolf by Night will be MCU’s first horror outing.Marvel

Following the cinema release of Doctor Strange in the Multiverse of Madness, this will be the Marvel Cinematic Universe’s first horror themed TV show. Featuring the somewhat prosaically named Jack Russell, Werewolf by Night ran for four years in the 1970s, following a relaxation on censorship of horror comics, which allowed for the creation of Marvel’s vampire characters Blade and Morbius in the first half of the decade.

A sometimes-friendly lycanthrope, Russell joined up with other Marvel horror characters to form the Legion of Monsters appearing in various comics on and off since 1976 to fight evil. The TV version, set for release in October 2022, will also feature this helpful werewolf, played by Gael Garcia Bernal.

Kraven is the orphaned son of Russian aristocrats with a penchant for hunting big game. While hunting in Africa, he ends up drinking a potion that gives him superhuman strength, speed and the instincts of a jungle cat. Bored of hunting animals he sets his sights on larger prey, Spider-Man.

Kraven first appeared in comics as Spider-Man’s foe in 1964. The maniacal hunter will be the third villain to lead a live-action Spider-Verse film. However, unlike Venom and Morbius before him, Kraven is not known in the comics for performing good deeds, so it will be an interesting challenge for Marvel to make an anti-hero of the artistocrat.

Kraven The Hunter is not a nice guy in the comics but is set to be an anti-hero in his first outing in the Spider-Man Sony universe.Marvel

Kraven rarely appears without Spider-Man in the comics so Sony have set themselves a challenge to flesh out the hunter in a film where his nemesis doesn’t appear. Kraven will be played by Aaron-Taylor Johnson, who is no stranger to a tight suit, having previously played the low-rent superhero Kick Ass in two films.

The first Spider-Man Sony universe TV show will feature Cindy Moon, a female student bitten by the same radioactive spider that gave Spider-Man his abilities. However, unlike Peter Parker who was left to swing around New York and discover his new powers, Moon was kidnapped and held in a bunker for 13 years.

Silk was turned by the same spider as Spider-Man. Marvel/Wikimedia

With Sony’s films only apparently allowing for Spider-Man to be shown or discussed in their end credit scenes, it will be interesting to see how Silk deals with the heroine’s creation without any mention of Spidey – unless given permission by Disney to do so. There has been speculation that Sony may revive Andrew Garfield’s incarnation of the character in the future, so time will tell how Silk proceeds.

Alex Fitch, Lecturer and PhD Candidate in Comics and Architecture, University of Brighton